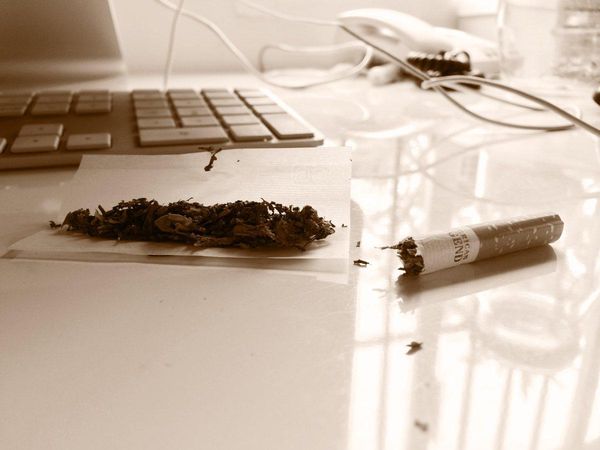 Mixing cannabis with tobacco is common among Europeans. That was the conclusion of a recent study by the British organization Global Drug Survey, according to which 90% of European cannabis users combine the two drugs. This practice that is so widespread in Europe is less popular in the United States, where only 8% percent of cannabis consumers put tobacco in their joints. They prefer to smoke it pure, as mixing only serves to harm the health of users.

As found by a collaborative study involving various British institutions and organisations, mixing cannabis with tobacco increases dependence on both substances, making users less likely to quit either of the two. Further, the high mortality rate of tobacco users -around 8 million people per year- only adds to the risk of a practice that can be considered a public health issue.

The harmful effects of smoking this blend

The main risk of smoking cannabis with tobacco is the harmful effect of the second element of the blend. It is no secret that tobacco contains nicotine, an addictive substance that leads to dependence and to withdrawal symptom when efforts are made to cut down on consumption for an extended period of time.

Further, nicotine is responsible for the increase of certain hormones in the blood. These alter the metabolism and increase the heart rate and blood pressure, amongst others. 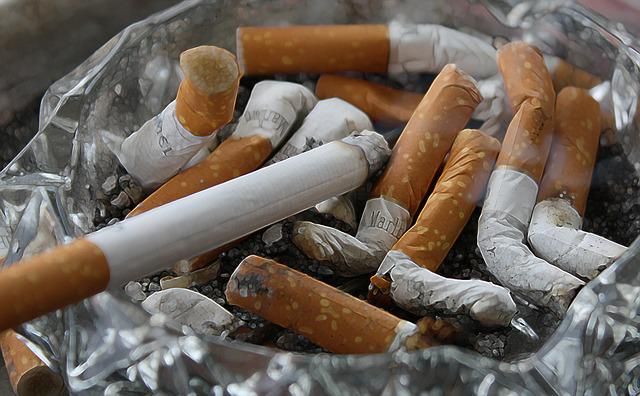 But nicotine is not tobacco's only harmful substance. According to experts, tobacco smoke contains over 7,000 chemicals, among which 69 have been proven to cause cancer. These harmful compounds may also lead to many other conditions, such as cardiovascular or lung disease, which decrease life expectancy in sufferers. As for cannabis smoke, a 2013 study by the American Thoracic Society described it as beneficial to the airways and not as carcinogenic, a characteristic of tobacco.

The combustion that occurs when smoking breaks the chemical bonds of the compounds present in the plants, which become free radicals. These molecules are responsible for ageing and, in high concentrations, can even lead to cardiovascular disease and increase the risk of developing cancer, particularly of the mouth, the pharynx and the oesophagus.

That said, it is not all bad news for cannabis and tobacco smokers. According to a study by the University of Texas in Dallas (US), this blend could increase long-term memory.

The researchers found that the combination of both substances reduced the hippocampus, a brain region involved in memory and learning. Surprisingly, this reduction in size did not lead to poorer memory, but it improved performance. This was the conclusion reached after asking the group of participants - made up of nonusers, tobacco users, marijuana users and marijuana plus tobacco users - to complete a series of neuropsychological tests and to undergo a MRI scan. 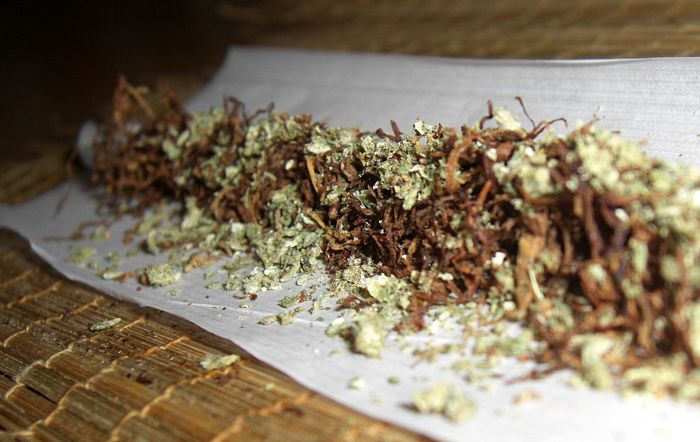 The reasons for combining cannabis and tobacco

There are nearly as many reasons as there are consumers of this blend, but the most popular one appears to be related to the effect. Some people describe it as more pleasant, relaxing and controllable, while others find it to be more euphoric.

According to a study published in the European Journal of Pharmacology in 2007, long-term exposure to nicotine produces longer-lasting effects on CB1 receptors, a mechanism that is activated in the presence of cannabinoid compounds such as THC and CBD. As a result, people who mix cannabis with tobacco may be experiencing much longer effects.

In line with this study, a research published in the journal Inhalation Toxicology in 2009 demonstrated that the combination of cannabis and tobacco may also increase THC concentration in joints. The study included tests with pure cannabis cigarettes and cannabis (25%) plus tobacco cigarettes of the same size and concluded that the pure option contained around 32.7 THC mg/g, compared to 58.9 mg/g for mixed joints, indicating that tobacco increases the vaporization efficiency of THC by as much as 45%.

But apart from the enhanced effect, there are other reasons for consuming cannabis mixed with tobacco. One of them is the widespread belief that adding a pinch of tobacco to the joint gives you a better, more even burn. Other people, instead, claim they do it to save some marijuana while still getting some good psychoactive effects. 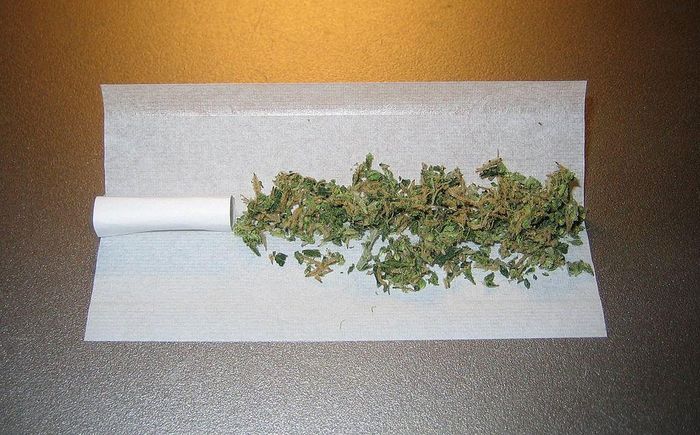 Consumption differences between Europe and the United States

As pointed out already, only 8% of American users mix the two substances, compared to 90% of Europeans, with experts attributing the gap to the different cannabis growing methods on both sides of the Atlantic.

American crops are usually free of chemical fertilizers -therefore, totally organic- while in Europe, although things are gradually chancing, the use of chemical products is still common practice. As a result, flowers are harsher to the throat when smoked and users mix them with tobacco in an effort to avoid that unpleasant feeling and get a better consumption experience.

That said, some people point to tradition as the only reason for these consumption differences. Ever since tobacco was introduced to Spain - and to the rest of Europe - from Cuba in the 16th century, its use has been linked to cigarettes, with burning as virtually the only consumption route. That was not the case in the US, though, were inhaling and chewing emerged as quite successful alternatives. 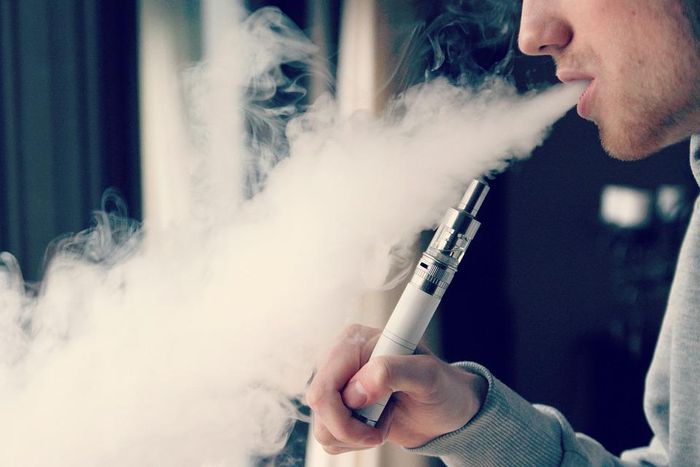 Thus, consuming cannabis mixed with tobacco through combustion, either rolled or in a pipe, became much more popular in Europe than elsewhere in the world, where vaping and direct ingestion are common methods of consuming marijuana. And this is partly because of the local authorities. In countries like the Unites States or Canada, for instance, where vaping is allowed in some states, this consumption method has benefited from various legislative reforms, which have led to greater commercial interest in the field and a wider range of products being developed.

As can be seen, the different methods of consuming high-quality, pure cannabis, show once again the need for a European regulation that supports natural marijuana, setting aside other economic interests, such as the ones of the tobacco industry, that are anything but beneficial to our health.