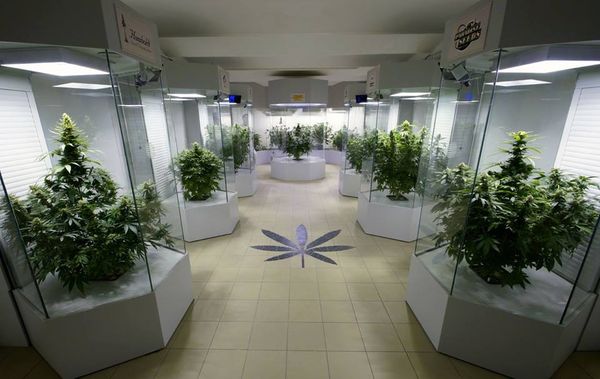 With a new president in France and the tight situation in the UK due to the "brexit", cannabis consumers and growers allover Europe keep a close eye on the continent's political evolution. While the French and the British are the zone's main cannabis consumers, they suffer from one of the most restrictive policies and cast envious glances upon the little "cannabis paradises" spread over the continent, following the model of Amsterdam's coffee shops, where cannabis is legal to some extent. Let's get prepared and visit these indomitable little countries that we've got so much to learn from still.

You enjoy growing marijuana from cuttings? What's going on in the land of Mozart and Schubert might leave you flabbergasted: Some consider Austria the European superstore for clones. The country's narcotics legislations prohibit growing cannabis in order to gain THC, its psychoactive component. However, if one plants the seeds but doesn't consume the buds, selling them is perfectly legal. Thus, over 250,000 clones are sold in Vienna alone every year. Lots are for German and Swiss clients, in whose countries it's forbidden to buy seeds.

This practice has been established in Austria for more than a decade, and some shops have already become indispensable for thousands of growers visiting Vienna, as for example Hanf & Hanf, which has about 20 employees and a huge clientele, or Hemp Embassy, which is nothing less than a Viennese museum aiming to make the public familiarized with cannabis plants and their different varieties.

Its main driver is the team of Bushplanet, the very first company that produced and sold cuttings in Austria. They started in 1998, when this still represented a controversial issue, so they had to overcome lots of control and even conditional prison sentences. Nowadays they distribute cuttings on a large scale. Their outdoor growing seeds are very successful, for example, and once a month they celebrate a Green Friday, with discounts on all products. If the plants don't sell, they are burned.

Moreover, though law forbids consuming the buds, Austrian shops that have managed to make the plants flourish can exhibit them – but we recall, selling them is totally prohibited! Even so, a nice bud can be a temptation to search the clone it stems from. But every law has its loophole: In Austria, the only illegal act lies in reaping, in extracting the narcotics, which in legal terms means separating the buds from the plant.

Switzerland: a puff in public parks

Although the Swiss cannot buy seeds in their country and have to go to neighbouring Austria to do so (or purchase them online, thanks to seed banks like Dinafem), they've got one thing to brag about: they can buy cannabis in tobacco shops and consume it in public. That's because ever since 2011, Swiss law permits selling marijuana with less than 1 % of THC (tetrahydrocannabinol), the main psychoactive substance. But the market has grown just a little while ago.

The real breakthrough came this February, when the sanitary authorities decided to treat cannabis with low THC content as if it were tobacco, thus providing another evidence of its legal character, a way to calm consumers with very differing profiles, especially in therapeutic areas. They've so opened the doors to the commercialization of buds with high content of CBD.

In tobacco shops, this type of weed is even sold next to chewing gums and candy as if it were rolling tobacco. For example, that's the case of the brand C-Pure and its Fedora 14 (< 0, 3 % THC) cannabis. It smells and looks just like marijuana, so at times the police have happened to confiscate the cigarettes from the consumers and then have to give them back once demonstrated they hardly contained any THC. A part from the low THC version, there are two more with a CBD-percentage of 5 % and 14 %. 10 grams cost 60 euros, however. According to the local doctors, this legal cannabis market will generate annual revenues of 100 million francs. 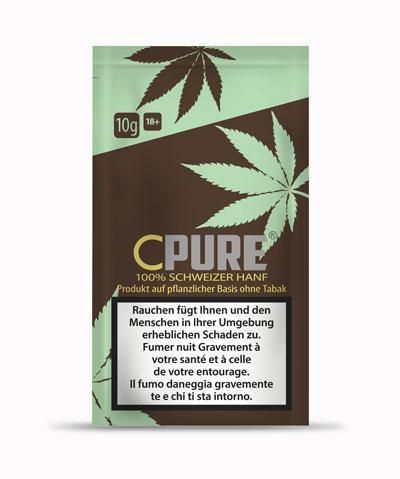 Furthermore, this cannabis plant with less than 1 % of THC can be used to make fuel and fibre. The Swiss legislation permits to plant marijuana, but in order to get to the next level where the psychoactive component is actually generated (i. e. flowers and buds), you need a special licence which, apparently, is easy to obtain. "Switzerland has turned into a kind of oasis of legal cannabis," states Corso Serra di Cassano, cofounder of Kanna Swiss, which grows in northern Switzerland and whose sales have soared lately. The company, which plans to produce four tons of cannabis flowers this year, has an outer surface of about 10,000 m2 and wants to triple its inner surface of 800 m2.

Germany: the "islands" of Berlin and Düsseldorf

The German legislation has been quite confusing for some years now and has thus been subject to a variety of interpretations. But they seem to be getting to the heart of the matter. In 2013, Berlin suggested to open coffee shops in the city in order to face drug trafficking, once the local government had realized the prohibitions hadn't affected consumption anyway.

And for some months now, the German capital and Düsseldorf have been presenting projects to distribute recreational cannabis to people of age. This measure came right together with the bill regulating therapeutic marijuana this year.

Selling and buying marijuana is prohibited in Germany, but the legislation gives leeway to its consume: although it bans owning cannabis, when it comes down to truth it is indeed allowed to carry small quantities of weed, between 15 grams in Berlin and 6 grams in Hamburg or North Rhine-Westphalia. If the legalization of medical cannabis is successful, it could be the starting signal for a better regulation of the recreational use.

Czech Republic: some plants at home

The capital of the Czech Republic alone, Prague, has about 400,000 marijuana smokers among its 1,200,000 residents and is a meeting point for the plant's lovers. In fact, the city is also known as "the Amsterdam of the East". No wonder the country has taken important steps to adapt its cannabis politics to the consumers and has turned into one of the most permissive states in Europe.

The users move in a legal framework where, while growing up to five plants at home is permitted, the consumption of marijuana is neither legal nor considered an offence in criminal matters. In 2010, the country decriminalized the possession of small quantities of cannabis (about 15 grams) for personal use, though users still can be confronted with fines of around 500 euros when caught with bigger quantities nowadays. Moreover, since 1998 the Million Marijuana March is celebrated in Prague and since 2009 the cannabis fair Cannafest. Given this past life, the full regulation might come sooner than expected. 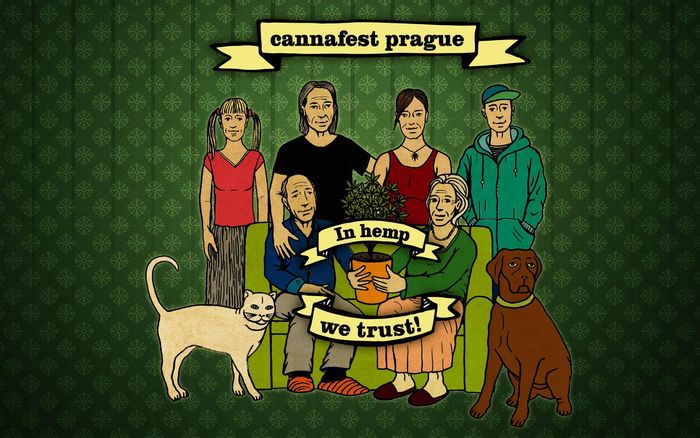 Although there is still a lot to regulate in terms of marijuana in Spain (its use is decriminalized, but not its production or commercialization); it is possible to join cannabis social clubs, provided the guidelines fixed by the Supreme Court in various judgements are all met. For example, the clubs must be composed of a limited number of identified, cannabis consuming members that mustn't take their weed out of a closed facility to prevent it from getting to non-members (it's considered an "intimate act without public influence").

Furthermore, the quantity of cannabis in these clubs must be "minimal and adequate for its use in a single session or meeting", which shall "nip the danger legislators want to banish in the bud", this is to say a big quantity of weeds getting sold illegally.

Despite all, some consumers still get into judicial trouble because of their private cultivation for therapeutic purpose. Although the police keep seizing small marijuana plantations and accusing growers of drug trafficking, courts have conferred the right to grow cannabis for medical purpose in some cases recently, absolving a man from Oviedo and a woman living in San Sebastian.

The women from Donostia, aged 75 years, had to face an alleged offence of trafficking for keeping 14 marijuana plants in her farm. Growing the plants outside and using both their flowers and leaves, she produced home-made ointments she'd later use for massages to reduce her husband's and her own rheumatic pain.

The accused man from Oviedo kept four marijuana plants in a garden at his mother's place. He explained he was growing for personal consumption, aiming to calm the pain he suffered due to a spinal injury he then corroborated at court by medical evidence. 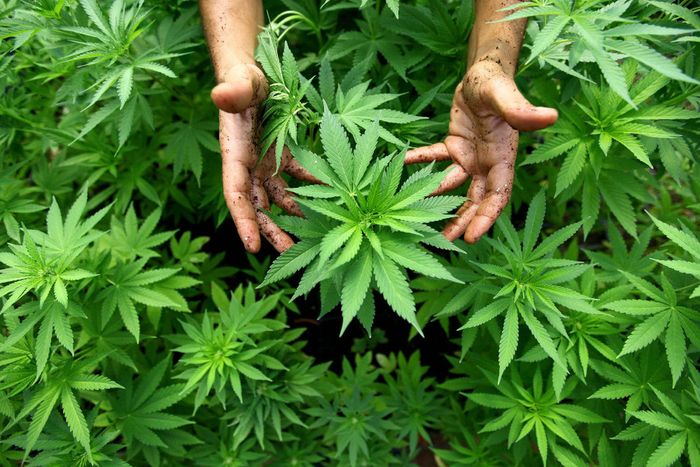 These two judgements exonerating little cannabis growers provide support to all those who are growing to benefit from its healing effects. While the guidelines inflicted on the social clubs for cannabis consumption do represent some relief, they are also an exception for the situation in Spain, where there's still a lot to do.

As we have seen, the laws' grey area has been largely explored by those who want to do business or just make the plant easier to access. We just have to figure out which European countries will be next in joining this list of little spaces of freedom for marijuana on the old continent.