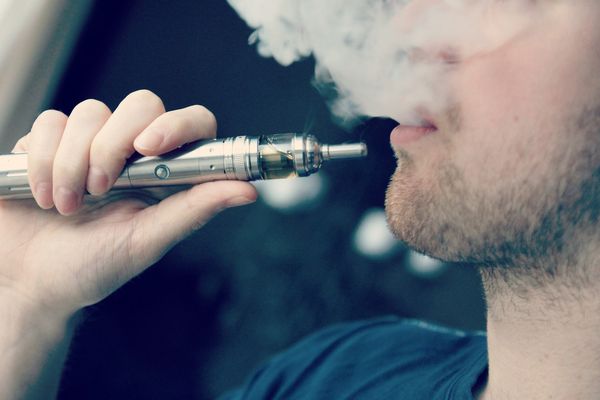 The different varieties of vaporisers have become one of the most popular ways to consume cannabis. These devices do not rely on combustion, but rather use heat to cause the grass inside them to release its cannabinoids, such as THC and CBD. These compounds are then inhaled by the user in vapour form.

This process, in addition to averting the harmful toxins produced during combustion (such as, for example, when one lights a joint) also allows consumers to get more bang for their cannabis buck; in the long run they are the most economical option, as users can enjoy the same quantity of cannabis longer than they ever could without the device.

Those who opt for vaporisers also take better advantage of the plant's components: when smoking a joint one absorbs just 20% of the THC in the plant, but with a vaporiser he can absorb more than 90%. They are also variable: the temperature at which the various cannabinoids present in the plant are vaporised is between 157° and 220° Celsius, and can be adjusted. Low temperatures deliver a more soothing effect, while those found at the top of the scale produce a more energising, physical effect.

Tabletop cannabis vaporisers are designed to be used at home, and are especially useful for those who consume the plant for medical purposes. With them one can regulate the density of the vapour he is going to inhale, and also absorb a very high percentage of THC – which is especially important when using cannabis to deal with the symptoms of a disease.

These table-model cannabis vaporisers are usually of two types: those with which an air bag is filled, and those featuring a nozzle through which the vapour is inhaled. The Volcano, in both its digital and analogue models, and the Zephyr Ion are two of the most popular bag models. These devices have a chamber in which ceramic plates heat the air, a pump that propels it, and a closed chamber that is placed on the device itself and to which the air bag is fastened. 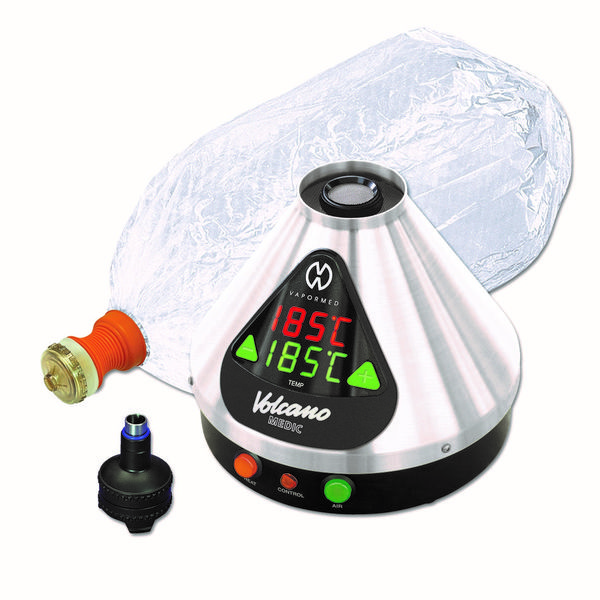 Its operation is simple: one chooses a temperature and waits until the device indicates that it is hot enough – usually with a set of lights. Half a gram of weed is placed in the bowl, which is screwed onto the device, fastening the air bag on it. The user then presses a button so that the air pump fills the bag with vapour, passing through the chamber containing the cannabis. Depending on the temperature selected, the vapour's density will vary. The grass does have to be of high quality, or you won´t be able to fully enjoy the effects of these devices.

As for home vaporisers with mouthpieces, the Plenty is one of the most popular models. Although its name includes the word "portable" (Plenty portable), as it is light and can easily be transported, you do need an outlet to operate it. It works in a way very similar to bag models. In this case you unscrew the top of the chamber, into which you place the marijuana. Once inside you close it, turn on the device, and choose the desired temperature. When this is reached the device alerts you by turning off the orange temperature control light, and you can start to use the mouthpiece to take long, continuous drags.

These home vaporisers are a good choice for those cannabis consumers who have turned to the plant for its therapeutic benefits, thanks to their temperature-setting possibilities. Moreover, vaporised cannaboids, free of toxins, are inhaled through the lung alveoli, then passing into the bloodstream, so the cannabis's psychoactive effects are quickly felt. Thus, besides being especially beneficial for patients, they can also be a good option for recreational consumers seeking to share some cannabis moments with their friends, and to experiment with different levels of vapour and THC and CBD absorption.

Portable vaporisers are designed to be used outside the home, or inside, if you are looking for a simpler and less cumbersome device. Most share common design and operational features, although they come in a wide variety of styles. Some have batteries that can be recharged, and others are battery-operated.

There are many models available, such as the Essenz Micro, Vapbox, DaVinci Ascent, VapOmax V.8 and Arizer. The main difference between them all is the quality of their materials, whether or not they offer users the possibility of varying the temperature and tracking the battery's status. Vapbox is the cheapest and simplest model, while the VapOmax V.8 is the high-end option. Small and in a rectangular shape, these vaporisers usually feature a nozzle that looks rather like a straw sticking out of a glass, through which the vapour is inhaled. Its operation is simple: one places the cannabis inside, closes it, and turns it on to heat it. When it's hot, the user inhales using the nozzle.

There are some vaporisers that can be used almost anywhere without anyone else even realising what is being consumed, as they can easily be mistaken for a simple electronic cigarette. The cannabis scent is not released, but its flavour and scent and effect remain intact, and they also protect the lungs from irritation.

A very curious model, specially directed at those who use cannabis therapeutically, is the PuffIt vaporiser, one of the most discrete on the market. This device is shaped like an asthma inhaler and comes with up to eight different temperature settings. It is also a good choice for consumers who want to inhale recreationally outside without drawing stares.

The Indica vaporiser, meanwhile, billed as "the market's most discreet," is shaped like a Zippo lighter so that it easily fits into one's pocket, and reaches temperatures up to 211 degrees Celsius. Because it is so small it uses a system of LEDs to tell the user how many inhalations are left of the 20 possible on one charge (with 0.26 grams of material).

Within the portable vaporisers category mention should be made of vaporisers resembling a pen or electronic cigarette. Discreet and very easy to transport, these devices work especially well with concentrates like cannabis oils or waxes. Vaporisers that function with hashish oil and cannabis resins are powered by a battery (often rechargeable) that heats the chamber where the marijuana is placed, from which stems the tube through which the vapour is processed and released. Novices will have to be careful at first because oils and resins contain very high levels of cannabinoids, and can deliver some very powerful highs. 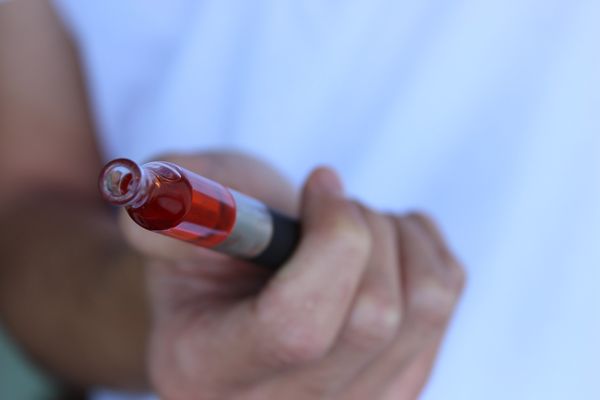 These pen vaporisers have become particularly popular among medical cannabis patients. In fact, Whoopi Goldberg is one of their staunchest advocates. This American actress and presenter, who has also delved into the cannabis market with a set of products to treat the effects of menstruation, wrote a column sharing her "love story" with her pen-shaped vaporiser, which she uses to cope with the symptoms of her glaucoma. After trying other methods, such as the Volcano vaporiser, this device, which is discreet and allows her to use concentrates, is her favourite choice for marijuana consumption.

Despite having a cult following, they still have their drawbacks. For example, they cannot be used to vaporise dry cannabis, so those opting for these devices should use them with concentrates. Still, all these devices offer marijuana lovers a variety of possibilities, allowing them to make the most of their green experiences. After all, variety is the spice of life, and everyone is bound to find the one that´s right for them.