Do cannabis edibles get you higher when taken on an empty stomach? This is one of the main questions cannabis users ask themselves regarding cannabis-infused food, but discussions on the topic are mostly based on anecdotal findings and personal testimonies, allowing no sound conclusions to be drawn.

Currently, there is little research into the topic, and the aspects that interest us most cannot be studied due to federal prohibition in countries like the United States. Even so, experts typically recommend not to take cannabis edibles on an empty stomach.

The logic behind this rule – a dogma for many when it comes to cannabis-infused food – is that the effects of edibles hit you faster and harder. But despite being a widespread belief, there is little or no evidence to prove it.

Proponents of the absorption rate hypothesis say cannabis edibles produce more side effects when taken on an empty stomach because the THC is absorbed faster. Yet, no one seems to have a clear explanation for this phenomenon.

The cannabinoids contained in cannabis edibles are not absorbed in the stomach, but in the small intestine. The stomach serves just as a deposit that releases partially-digested food into the intestine at a constant pace. As a result, eating before taking a cannabis edible slows gastric emptying, limiting the amount of cannabis that reaches the intestine, where absorption occurs. So, in theory, taking edibles on a full stomach should result in the cannabinoids being absorbed more slowly. 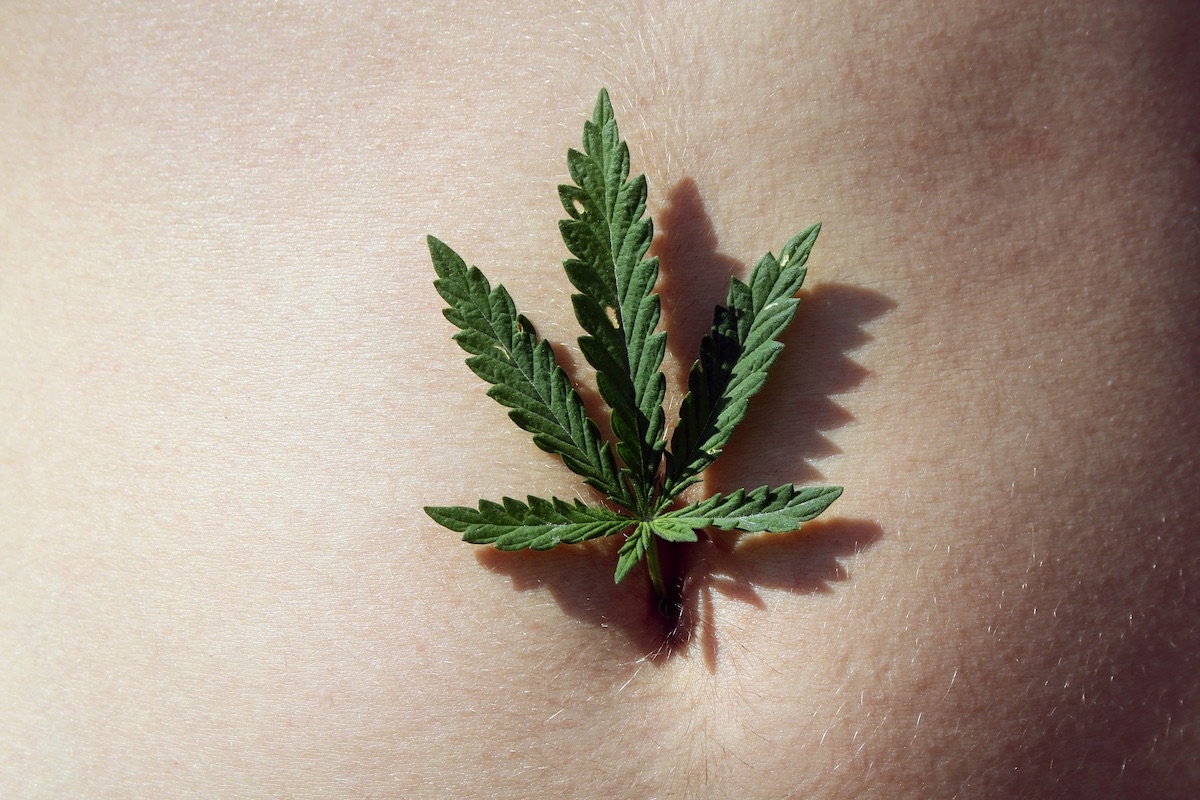 Experts recommend not to take cannabis edibles on an empty stomach, although there is no evidence to support it

However, this theory conflicts with the fact that cannabinoids cannot be absorbed in a solid state, but must be in solution. THC and other cannabinoids have a low solubility in water because they are highly fat-soluble, and since eating a meal causes the causes the gallbladder to release bile acids, molecules including THC are solubilized faster, increasing the absorption rate and amount.

So far, only one study seems to have found an explanation for this contradiction. Performed in 2012, the authors examined the effect food has on the absorption rate of Sativex – a cannabis spray with a 1:1 ratio of THC and CBD – and found that both cannabinoids were absorbed faster in the fasted state. Despite being a spray, most of the extract ends up being swallowed, so the results should be translatable to regular cannabis edibles.

At this point, there are various hypothesis:

- The rate of absorption hypothesis

This is the hypothesis by which cannabis edibles cause more anxiety and paranoia when taken on an empty stomach because the THC is absorbed faster. One possible explanation is that we eat faster that we smoke, meaning our body is exposed to more cannabinoids in less time.

Also, some experts believe our body absorbs more THC through oral ingestion than through smoking because most of the THC gets burnt or is lost as smoke.

This hypothesis concerns the way our body metabolises cannabis, which varies depending on whether it is smoked or swallowed. When taken orally, the THC travels through the entire digestive system, including the intestine, until it reaches the liver, where it is metabolized into a hydrolysed compound: 11-hidroxi-THC.

This metabolite is highly active and can easily pass through the membranes between the bloodstream and brain tissue, hence its strong psychoactive effect. 11-OH-THC can in fact be described as a version of THC, but one that is much more potent and that reaches the brain way faster, hitting users harder and for longer than through inhalation.

In fact, the compound is formed in smaller amounts – ten times smaller, to be precise – after smoking or inhaling than after taking an edible, which could explain why cannabis gets you higher when taken orally. 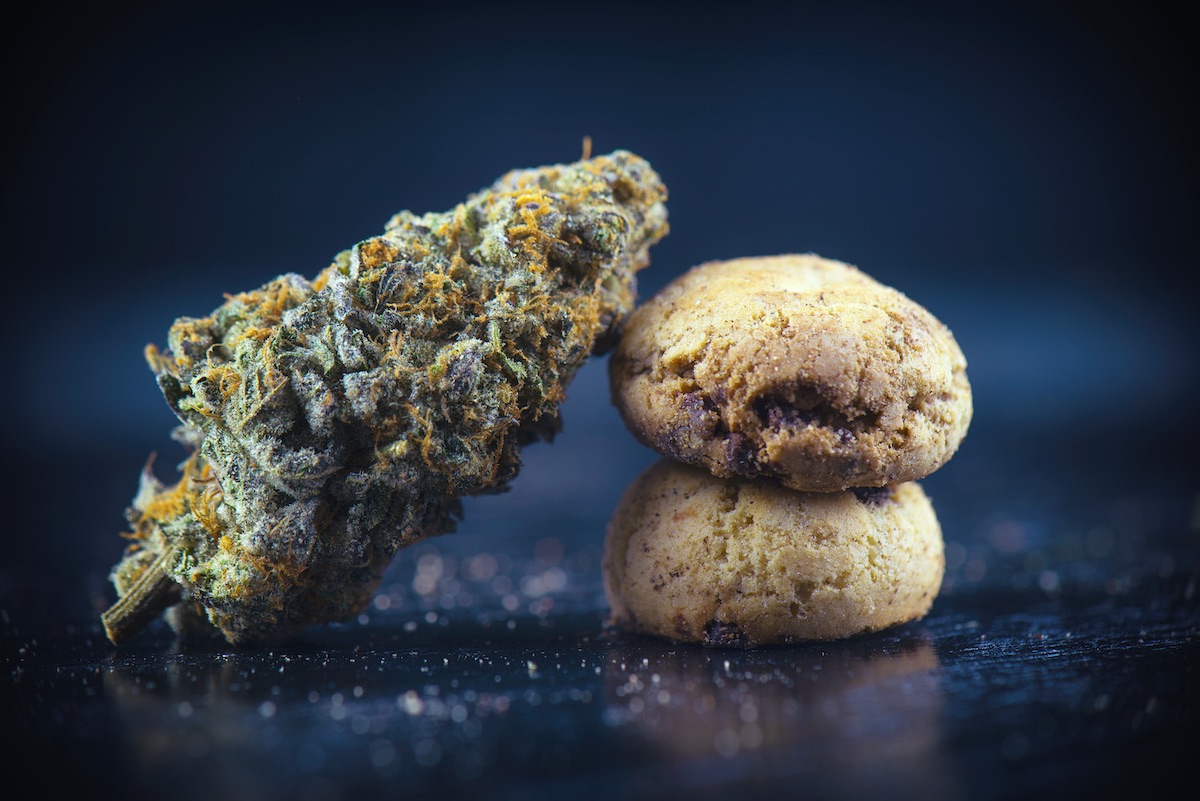 The last hypothesis states that the unpleasant side effects of edibles taken in the fastest state are down to the THC:CBD ratio – CBD does not block the action of THC, but it does reduce some of the effects associated with a high THC dose, among which anxiety and paranoia.

11-OH-THC is much more potent than THC and reaches the brain faster, providing a stronger effect

Because 11-OH-THC is at least as potent as THC, in order to get a more realistic idea of the THC:CBD ratio of a given strain, 11-OH-THC and THC levels should be considered together. This would produce a 'total THC' value that could then be compared to CBD values.

Prof of Pot, a website dedicated to examining the effects of cannabis on users, followed this methodology and found that, after food, a 'total THC' to CBD ratio of 3:1 was equivalent to almost 9:1 in the fasted condition – nearly three-fold higher than under fed conditions.

This means that eating a cannabis edible on an empty stomach, even one with a 1:1 ratio, would be the equivalent of smoking a cannabis strain with a 9:1 ratio of THC and CBD!

According to this hypothesis, the harmful effects of taking edibles under fasting conditions are attributable to a relatively low absorption of CBD compared to THC, rather than to a faster absorption of THC or to the formation of 11-OH-THC.

When in doubt, it is a good idea to follow the advice of experts: take your edibles after a solid meal, preferably with some fat to stimulate the release of bile acids, and always remember that peak concentrations won't be reached until four hours after ingestion, although this may vary from user to user.

But not just that. Individual situations vary too, and there are day-to-day aspects other than an empty stomach that can alter the effect orally ingested cannabis has on the body. So even if edibles appear to produce stronger side effects in the fasted state, the inconsistency of the available data makes it hard to draw definite conclusions.