Of about 80 cannabinoids found in cannabis, the one that gets most attention is definitely delta-9-tetrahydrocannabinol (Δ9-THC), commonly known as just THC. Responsible for the psychoactive effect of the plant and found in higher amounts than any other cannabinoid, THC is the undisputed star of the cannabis industry – except for maybe its antagonist CBD – but it's not the plant's only compound identified by the acronym THC.

Delta-9- tetrahydrocannabinol is oxidised into an isomer known as delta-8-tetrahydrocannabinol (Δ8-THC), an ageing process that results in two analogue phytocannabinoids with very similar chemical structural formulae. The only difference is in the position of their double bond, which is expressed as "delta" in the name of the substance. 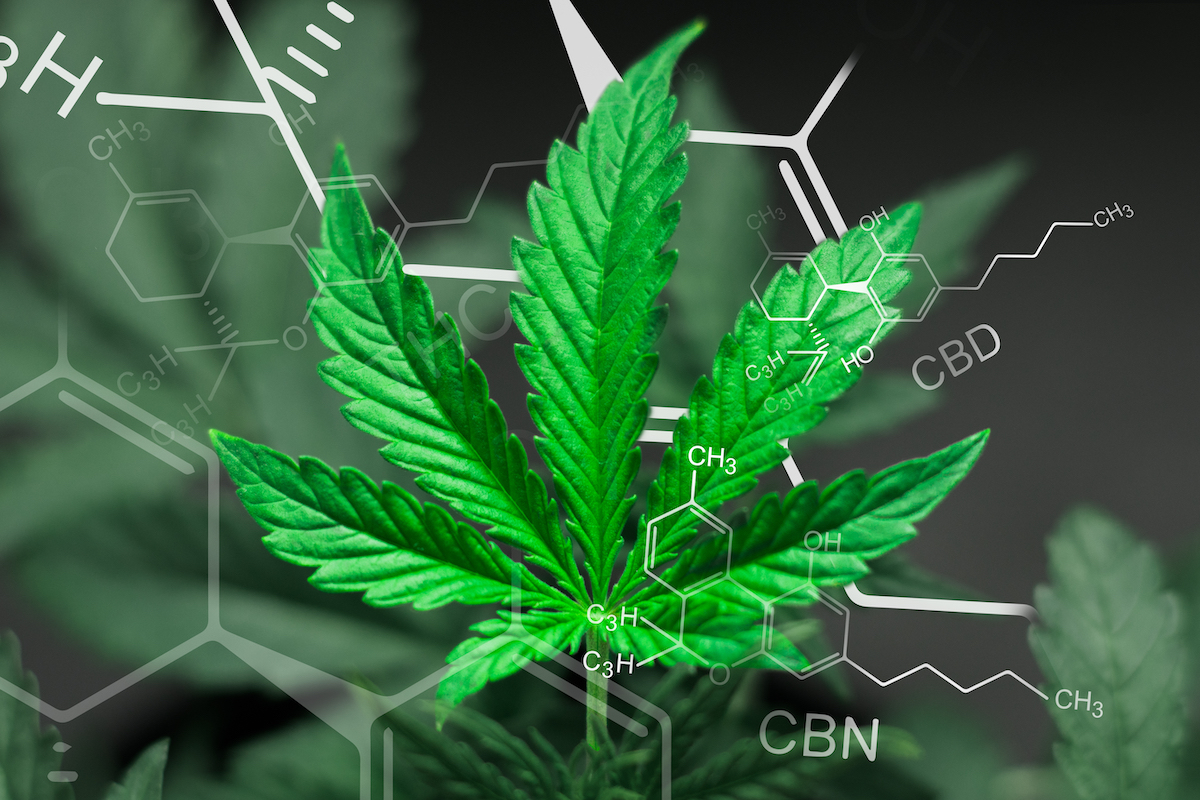 How is delta-8-THC synthesised?

Like all other main cannabinoids found in cannabis, delta-8-THC is synthesised from cannabigerolic acid or CBGA, the acidic form of CBG. Often referred to as "cannabis' stem cell", CBGA is the parent molecule responsible for producing a number of other cannabinoids including THCA, which is synthesised in mature cannabis from this stem cell molecule. When the plants are harvested and exposed to heat or UV light, the THCA they contain is decarboxylated, losing a CO2 molecule and becoming delta-9-THC – or simply THC – after which it is transformed into delta-8-THC by oxidation.

Because this lesser known cannabinoid is formed by oxidation, the resulting molecule is not altered when exposed to air, making it particularly advantageous for pharmaceutical use.

One major drawback, however, is that while delta-9-THC can reach concentrations of 30 per cent in some strains, delta-8-THC only exists naturally in small quantities less than 1 percent, meaning the only way to enjoy its effects is in the form of refined concentrates. While the molecule has shown promise in various studies, its benefits are not yet widely recognised, so its use is not widespread.

What are the effects of delta-8-THC?

The main value of this cannabinoid lies in its low potency, which translates into lower psychoactivity. When taken in high doses, delta-8-THC has shown to cause lower levels of anxiety than its relative delta-9-THC. This lower potency, together with the substance's array of medical benefits, prompted researchers to look deeper into its conversion, concluding that, generally speaking, delta-8-THC produces similar psychoactive effects to delta-9-THC but is 50 to 75 per cent less potent.

Delta-8-THC is often described as an easier, more tolerable version of traditional THC, producing a semi-sedative physical effect without much mental stimulation that allows users to stay focused and go on about their jobs while getting the same soothing effects one would expect from THC.

Put another way, delta-8-THC offers a clear high which does not trigger anxiety or confusion, making users feel less altered and more in tune with themselves than when they use delta-9-THC, with the upside that it heightens the senses and improves perceptibility, making outdoor activities like trekking and cycling more enjoyable.

According to the US National Cancer Institute, delta-8-THC can be defined as an analogue of tetrahydrocannabinol (THC) with antiemetic (inhibits vomit and nausea), anxiolytic (fights anxiety and panic attacks), appetite stimulating, analgesic (relieves pain) and neuroprotective (prevents the ageing of nerve cells) properties. As for its mechanism of action, delta-8-THC binds to CB1 and CB2 receptors in the central nervous system, exhibiting a lower psychotropic potency than the primary form of THC found in cannabis.

Among the above uses, delta-8-THC has proven particularly effective at reducing nausea and stimulating the appetite, two applications that have already been patented in the U.S. As a result, the cannabinoid could be of great help to patients undergoing cancer treatment, who often suffer from nausea. Moreover, Delta-8-THC has also been found to be particularly suitable for children.

Aware of its lower psychoactivity, Dr Raphael Mechoulam carried out a study in 1995 in collaboration with the Shaare Zedek Medical Center and the Hebrew University of Jerusalem where delta-8-THC was administered to eight children aged from 3 to 13 with various hematologic cancers. These children had been treated with chemotherapy for eight months prior to treatment with delta-8-THC, which completely eliminated vomiting and reduced side effects to negligible levels.

The Israeli researchers also found that they could use high doses of delta-8-THC to increase its antiemetic effect on the children without triggering any of the psychoactivity associated to delta-9-THC. Interestingly, why adults tend to experience mild psychoactive effects when administered with delta-8-THC, the children of the study seemed immune to this particular effect. 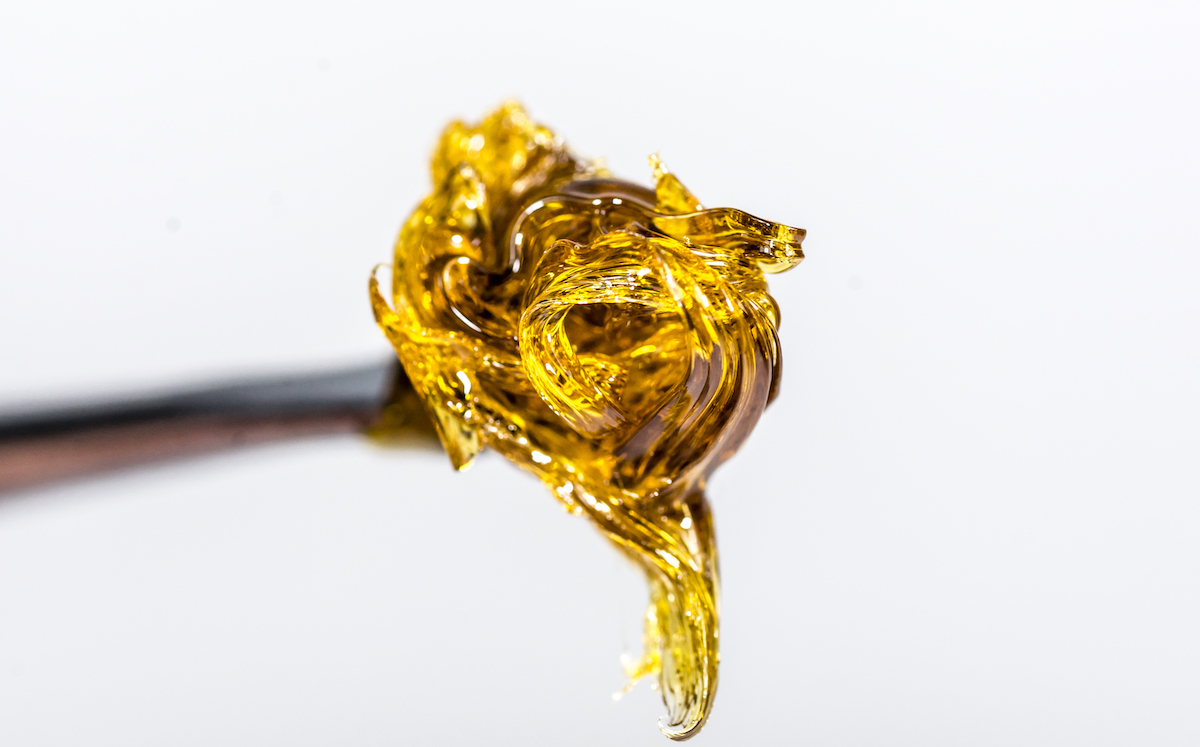 Extraction and use of Delta-8-THC

Delta-8-THC is mostly found in dry cannabis flowers, but at a concentration that rarely exceeds 1 per cent, meaning its benefits are hard to obtain through traditional methods like smoking or vaporising. Because the cannabinoid is produced naturally in plants in very small amounts, there is no such thing as delta-8-THC rich strains, so substantial amounts of the cannabinoid can only be obtained through a specialized process of extraction, isolation, conversion and refinement.

That said, in California and other western U.S. states where cannabis has become a well-stablished industry, delta-8-THC products are increasingly available as vapable extracts and other alternatives like sublingual drops. Edibles of this cannabinoid are not recommended as delta-8-THC is transformed into delta-11-THC as it passes through the digestive tract, so there's really no benefit to eating delta-8-THC.