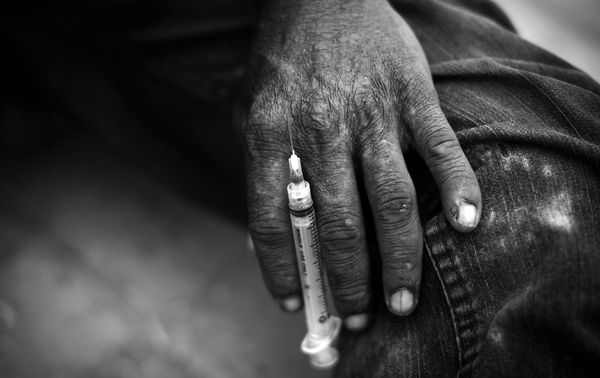 The resurgence of heroin consumption in the US has reached alarming levels, so much so that experts are talking in terms of a pandemic. In the last decade alone, the overdose mortality rate rose by 286% because of heroin, a health emergency problem that could be linked to the consumption of prescription opioid painkillers to treat pain and other diseases. Faced to the serious problems caused by heroin addiction, some people have turned to cannabis during the detoxification process, as it appears to be more than effective when it comes to dealing with drug withdrawal.

They call it the opioid pandemic and has already become the main cause of accidental death in the US. The problem does not involve a single drug and includes legal medication too. In fact, opioid painkillers, together with heroin, are responsible for an overdose death every 19 minutes, a mortality rate that has rocketed in the last decade, increasing by 79% from 2007 to 2012. According to official sources, in 2014 more than 28,000 people lost their lives to opioids, alarming figures that make us wonder what is going on in the US and why the American society is hit that badly by the addiction to these substances.

This unprecedented phenomenon seems to stem from the addiction to the opioid painkillers that doctors, rather lightly, have been prescribing their patients for years. In a society where painkillers are the answer to the slightest feeling of pain, the situation is reaching unbearable levels, as opioid painkillers are highly addictive and responsible for other negative effects. Drugs such as Vicodin, oxycodone and hydrocodone are prescribed daily in the US, creating a social fabric that gets used to operate under the effect of these legal drugs on a daily basis. The figures speak for themselves: the number of prescriptions per year in the US amounts to 259 million, in other words, a pill bottle per adult.

Even if the cause of the problem appears to be, amongst other things, the excessive prescription of these drugs, their price rise has led many patients to resort to heroin as the perfect substitute, as it provides a stronger effect at a considerably lower price. This, together with the financial crisis that has hit the country during the last years, has been the perfect breeding ground for cities such as Baltimore to become drug meccas, being home to a population with extremely high addiction rates and to an economic network based on drug-trafficking, a black economy system hard to dismantle.

Prior to this phenomenon, heroin addiction in the US was associated to disadvantaged social groups and minorities. However, this pandemic seems to be affecting the middle class. While overdose death figures amongst Hispanics and Afro-Americans remain unchanged, the number of deaths amongst white, middle-class Americans is soaring, a problem the government has tried to tackle in different ways, including detox programs in which patients are administered with aggressive, unhealthy heroin substitutes. In states such as California, however, other initiatives are emerging, detoxification programs in which cannabis is regarded as a substance that can help heroin addicts fight the intense symptoms associated with drug withdrawal. Let’s look a bit closer at this method to see how it works exactly and if it really is as effective as some people claim. 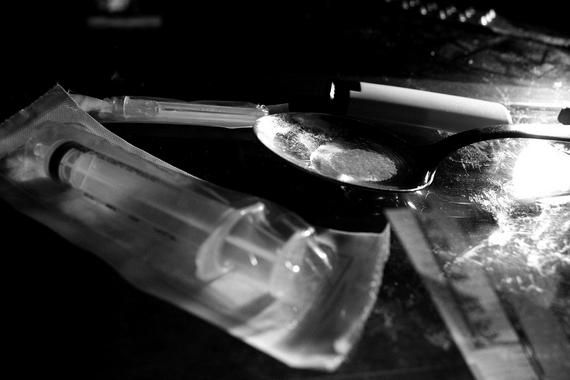 To do so we are interviewing Ryan, a young New Yorker that was prescribed opioid painkillers at the age of 15 for the first time. The opioid in question was hydrocodone, which was prescribed to him to treat his backache. He never thought that taking those pills would imply an addiction, actually he found the effect amusing. When he was 19, some friends offered him heroin and from that very moment and for eight years, his life revolved around this drug. He had five overdoses that almost killed him. After several failed rehab attempts, Ryan asked an acquaintance that owned a cannabis farm in California and that was familiar with the plant’s medicinal use for help. This is how he joined a cannabis-based detoxification program that has helped him overcome his heroin addiction.

Before being addicted to heroin, you used prescription opioid painkillers on a regular basis. Do you think these drugs are prescribed too lightly and that they can originate addiction problems?

When I started to use Hydrocodone I was not aware of the problems this drug could cause me. So my answer is yes, some doctors prescribe this kind of drugs as if they were sweets and they can create addiction problems indeed.

Do you think people that use opioids are more likely to turn to heroin?

As I see it, it depends largely on the person’s context, on whether heroine is present in their life. If you are addicted to painkillers and you try heroine, there’s no doubt you’re going to like it, and you will probably get hooked.

The rise in consumption in the US is being described in terms of a pandemic. What’s going on? What’s the reason behind it?

I think it’s happening because of the easy access to the drug and its low price. Anyone can buy heroin in the streets of Rochester, New York, for five dollars a bag. You need some five hydrocodone pills to get high and the cost is about ten dollars each. With heroin, the effect is much stronger and ridiculously cheaper.

What type of cannabis and what consumption method did you use during the heroin detoxification process?

I had tried different detox programs in New York, but I always ended up replacing heroin with another pharmaceutical to stay sober. It didn’t make any sense. But this last attempt was different. I went to the California mountains and used THC and CBD rich coco oil, a substance that is very similar to a drug called suboxone, which is used in rehab process in New York. The thing is this cannabis oil really helped me fight drug withdrawal and I didn’t experience the side effects of the medication I had tried before.

Did you use concentrated forms of cannabis, dabs for example?

It’s funny you ask me that question. When the symptoms of drug withdrawal became unbearable, I did use THC-rich dabs. They helped me sleep when I couldn’t. Sleeping during the heroin detox process is virtually impossible and dabs where incredibly helpful in that period.

That was the only time I took cannabis in that form.

So, you don’t use dabs anymore? What type of cannabis do you use and how?

That’s right, I have given up extractions, I prefer CBD-rich strains with lower THC levels. That’s what works best for me. But it might not be the case for everyone, it’s just what works for me. 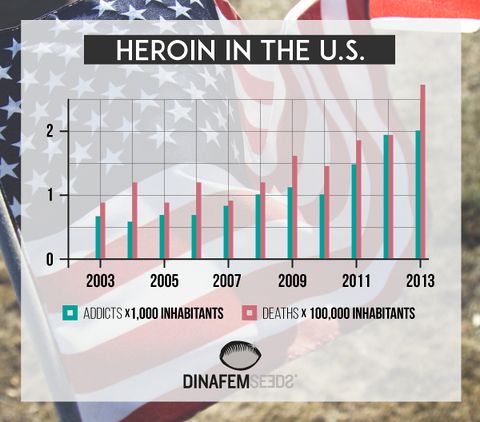 You use cannabis on a daily basis. Have you considered giving it up or reducing the dose?

I’ve thought about it, but the truth is cannabis is now part of what I am, it helps me with my daily routine, physically and psychologically. I don’t really see a reason to quit. Doctors prescribe drugs that must be taken every day and that are very harmful to health. What I do is go for a natural treatment that works better than the chemical ones and that helps me fight depression, anxiety and backache. For me, it works much better than all the therapies I’ve tried before.

Do you feel you have replaced one addiction with another one?

At this stage of my life, if my cannabis addiction has replaced my heroin addiction, then, I’m grateful. Believe me, I wouldn’t be here giving this interview were it not for cannabis.

Do you know similar cases? People that have overcome their heroin addiction thanks to cannabis?

Yes, I know people from California and Colorado. There aren’t many cases in New York because of the cannabis legislation. I believe that if the legal framework was different, there would be more cases. Cannabis for medicinal use is legal, but not for the treatment of addictions. I believe that if this option was taken into account, heroin consumption would drop noticeably. We are now working on a project that promotes cannabis during the heroin detoxification process and we are encountering many difficulties because of the legal issue.

Is this method suitable for everybody or does it depend on each person’s organism?

I think that if you choose the right program, the method can work for everybody. Cannabis is a very special plant that, if used correctly, really makes something change in your mind. It can benefit all opioid addicts and help them stay clean. The program itself must be very well structured and focus on the patients’ personal situation too, not only on heroin detoxification. I think this kind of programs should educate patients on cannabis as well, and have a section on cultivation and other aspects of the plant. This kind of training could be really useful for them to find a job in the cannabis industry in the future.

Precisely, how did cannabis help you give up heroine? Does it really reduce the symptoms of drug withdrawal?

It can’t be understood as a separate element, it is part of a process. The first thing I did when I decided to get clean, was staying away of all the people that had something to do with the heroin world. Cannabis gave me a new outlook on life, it hit something in my mind and somehow my anxiety and my heroin craving decreased. Cannabis has changed my life in many ways, not only in terms of my heroin addiction. It has been incredibly helpful both physically and psychologically.

As for the second part of the question, the answer is yes. I don’t think I would have been able to endure withdrawal symptoms had it not been for cannabis. As I said before, I’ve been in many detox programs in New York but the one with cannabis has been the only one to really help with my addiction. I worked for months in the cannabis fields of a farm in California and that made me appreciate the plant.

At present I am happy and finally free of heroin, and I’m really grateful for that.