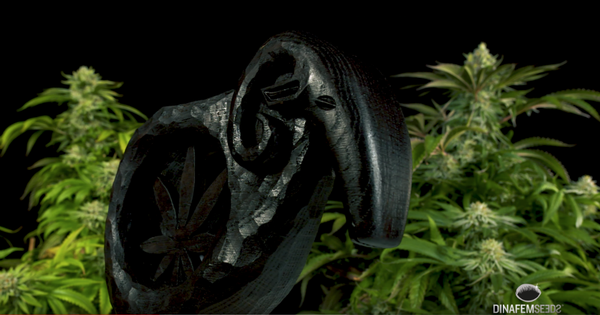 A super champ is born

Her intense Kush flavour, her amazing potency resulting from a THC level of nearly 20% and her generous, top-quality yields have prompted the legendary American magazine High Times to list her as one of the Top 10 strains of 2017. Remo Chemo's many qualities have not gone unnoticed at Expogrow or Karma Cup (Canada, grown by Phat Pharms) either, where she was awarded first prize in the Indica category.

Remo Chemo, our last creation in 2017, is the result of a collaboration with our friend Remo, Remo Nutrients' Urban Grower, who had told us about a UBC and Bubba Kush cross he had made in his garden and that he was really fond of. "Canadian Kush flavour," as he likes to describe it, and a narcotic effect perfect for soothing pain. We decided to feminise and stabilise her and after six months on the market she has already become a highly appreciated, award-winning strain. Long live Remo Chemo!

Our aim with this strain was to make the flavour of California's most popular girl accessible to the general public - we added cannabidiol to balance the effect - while staying true to the morphology and the aroma of the legendary OG Kush.

Creating a seed that reflected the qualities of her predecessor while providing a far less potent high was no easy task, but by early 2016 our amazing breeders made it and a year after her release OG Kush CBD was awarded third prize in the CBD category at the classic Spannabis Champions Cup. Her softer effect, cerebral rather than physical, and a pleasant euphoria of medium duration make her the perfect choice for those who enjoy complex flavours and mild effects.

The genetics that put Dinafem Seeds on the global map of cannabis keeps winning awards. This Sativa-dominant hybrid created by our breeder King Kush has already been awarded twelve cups and is considered to be one of our most potent strains, if not the most potent, to the point that her psychoactive effect is often compared to a powerful fin stroke of the legendary white whale to which she owes her name. And this year the genetics won second prize in the Professional Indoor category at the Weedkend Cup held in Gijón, Spain, last June (submitted by White Rabbit Grow Shop).

2017 is the year that saw the autoflowering version of our most acclaimed strain win her first cup. It happened in Chile, at the Latino Americannabis Festival, where Moby Dick Auto was awarded second prize in the Autoflowering category. We developed this hybrid to give the growers that have to deal with adverse weather the chance to grow quality crops outdoors and also to make a classic accessible to novice growers. Being an auto, she is ready in 75 days from seed, after which you will be harvesting a bumper crop of compact buds that "smell like the pew of an old church," as King Kush himself would put it.

Our Critical + and OG Kush cross joins the champions league

Resulting from the cross of two great classics by Dinafem, Big Kush features an intense aroma and a lemony, oily flavour that are definitely among the strain's main features, not to mention her amazing indoor performance - provided her growth is monitored, as she tends to stretch a lot - which won her first prize in the Indoor category at the CABA Cup 2017, hosted by the Argentinian magazine Haze. A major achievement considering this is the first time the strain is recognized with an award.

Our prettiest strain gets an award in the Canary Islands

This Indica beauty is not new to receiving awards and in 2017 she has been recognized for the fifth time, on this occasion with the first prize in the Outdoors category of the Cannaris Cup held in Lanzarote. Purple Afghan Kush is a feminised cannabis strain highly appreciated for her amazing beauty, but also for her relaxing effect, which is perfect for relieving stress and muscle cramps. Fast-flowering, with soothing properties and suitable for small spaces, this is by far the most beautiful and fragrant plant in the garden. Hints of freshly cut pineapple are complemented by an amazing flavour.

The taste of the Queen of England finally gets recognition

Cheese owes her name to her flavour and aroma, which in fact are the most relevant features of the strain. This feminised cannabis seed was an immediate success in the UK, and little by little, she won over the rest of the world's cannabis lovers with her unique traits, among which her matured cheese flavour and aroma. Today, she is a world-renowned cannabis star and one of the most requested strains by cannabis tourists in Dutch coffee shops. Our version stands out for her flavour, her stability and her yields, which have won her second prize in the Grow category at CABA Cup, hosted by the Argentinian magazine Haze.