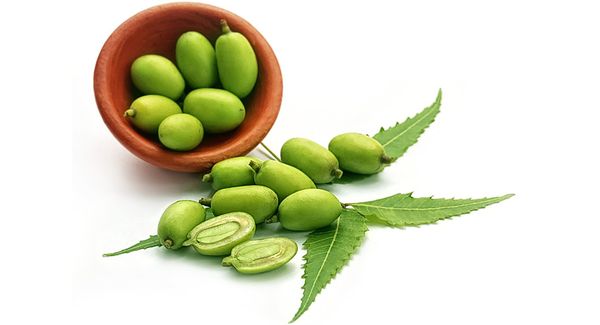 What is neem oil?

Neem oil is an organic pesticide pressed from the seeds of the neem tree, also known as Indian Lilac. The neem tree (Azadirachta indica) belongs to the Meliaceae family and its native to India and Birmania. Its use dates back to 4,500 years, with archeological excavations in north-west India showing that some therapeutic preparations of the time were made of neem tree leaves. Highly appreciated as an insecticide, neem oil has been traditionally used for many different purposes, particularly as an ingredient in medicinal and cosmetic preparations.

Because of its interesting properties, the neem tree was introduced to other Asian countries, as well as to America, Africa and Australia. In fact, it can be grown in tropical and subtropical areas provided the altitude is not very high.

Neem oil can be extracted from different parts of the tree, but it is normally pressed from seeds because of their higher azadirachtin content, the component that acts as an insecticide and as an antifungal agent.

Neem oil contains several active ingredients (among which azadirachtin) that are very effective against the pests and the diseases that can harm cannabis plants.

Besides, neem oil does not interfere with beneficial insects, such as lacewings and ladybirds, which can contribute to the health of your cannabis crop.

How to apply neem oil to your cannabis plants

There are different ways of treating your plants with neem oil. Here are the most common ones:

WARNING: Neem oil has a bitter taste. Therefore, it is best avoided during the flowering period of marijuana plants.

Neem oil and the environment

Neem oil is an environmentally friendly product. Azadirachtin decomposes rapidly - once applied, it can live for 3 to 44 days in the substrate, for 4 minutes to 4 days in water and for 2 days on the leaves - and the remaining active ingredients are eliminated by the microbes present in most soil and water environments. With virtually no adverse effect on the health of birds, mammals and some insects, it is an excellent tool for effectively fighting pests and diseases without harming the environment. It is, though, moderately toxic to fish and other aquatic animals.

Even if neem oil is not toxic to most mammals, some studies suggest that long exposure could lead to liver damage in children. Further, it could induce abortion in humans as it may affect the implantation of the embryo.

According to Hindu mythology, the neem tree is sacred tree blessed with the gift of curing all diseases. The most popular myth goes that Indra, the King of Heaven, descended to Earth carrying a golden pan full of ambrosia (the food of the gods) stolen from the demons, which he accidentally dropped on the neem tree bestowing it with miraculous healing properties for all eternity.