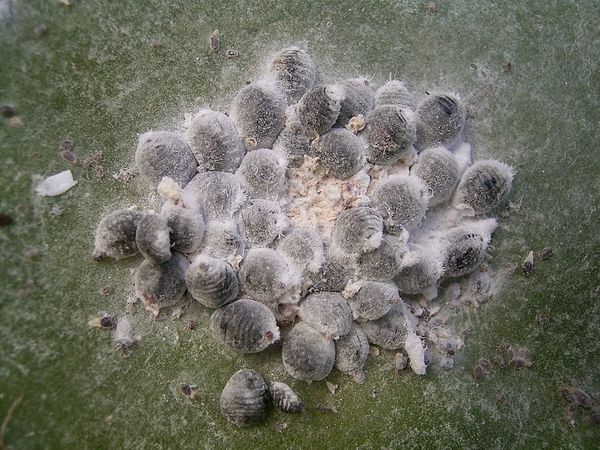 Pests affecting marijuana cultivation sometimes appear when we least expect them, and it can be very difficult to stave them off. The presence of cochineals, along with aphids, is one of the most frequent and also the most dangerous if you do not notice their existence, as they are able to ruin a crop at the worst possible time.

These small insects, with seven pairs of legs and two pairs of antennae (measuring from 1 mm to 1 cm) can appear on indoor crops or outdoor, only needing the right conditions for them: high temperatures and scant water. Cochineals are characterised by a kind of protective shield of different colours and textures, depending on the species in question, in many cases making it difficult to fight them using insecticides. There exist nearly 8,000 species of cochineals, divided into several families, but when it comes to cannabis those of the greatest concern are the cottony cochineal and the brown soft scale.

Cottony cochineals are usually grey and covered with a silky white substance of a soft consistency that serves to protect its eggs; while the brown soft scale has protective shell that gives it a marine appearance, like a limpet, with a darker colour. Both attack plants in a similar way, moving about them in search of food, which they obtain by absorbing sap with their mouthparts, from which they excrete a kind of honeydew (sweetened liquid). 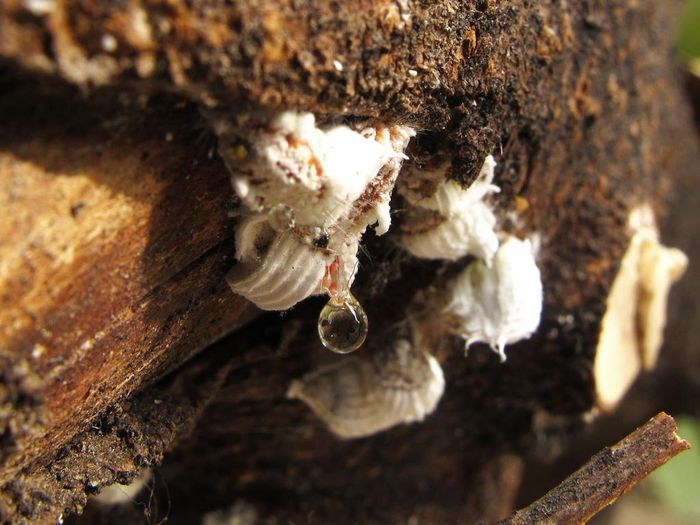 How to prevent cochineal on your cannabis plants

One of the ways that cochineal can reach your cannabis crops is via other plants, like rose bushes, geraniums or other ornamental flora around them. It is, therefore, essential to establish a buffer zone between your different plants.

In addition, cochineals thrive in settings featuring high temperatures and little precipitation. Preventing these conditions surrounding your crop will be key to preventing them. And, of course, you will want to ensure good ventilation, above all if you are growing indoors. This pest is much more frequent at the warmest times of the year, or when plants lack the necessary nutrients. Another way to prevent cochineal is to fight it using one of its most effective natural predators: classic garden ladybugs. 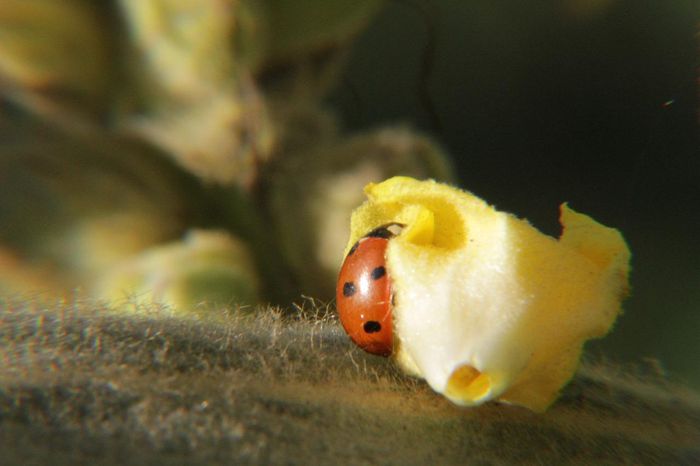 Why is the cochineal so dangerous?

Cochineals actually are not a particularly destructive species, but they are a danger due to their ability to multiply and spread. They reproduce fast, and males can fly to fertilise the wingless females, spreading the plague quickly. The males fly looking for females and, after mating, the latter lay their eggs on whatever plants they find. Females lay from 300 to 500 eggs, and up to 2,000, under the most favourable conditions.

From these eggs will emerge a larva that in just a few days transforms into an adult. Their fast development and growth means that there can be several generations of cochineals in just one season, especially found underneath leaves and forming colonies between stems.

Their capacity to multiply has made them a very lucrative insect throughout history, thanks to carmine red, or cochineal red, one of the most common natural pigments and colourants in the world. Dactylopius coccus is a parasitic insect preying on nopal, the national cactus of Mexico. From the dried and crushed body of the female cochineal carmine dye is obtained, a red pigment.

The utility of this pigment had been discovered by the Aztecs before the Spaniards' arrival. When the Spanish conquered Mexico in 1521 they saw the natives gather insects from nopal cacti, using deer tails to remove them. This dye was brought to Europe in the 16th century, where there existed an obsession, dating back to the Middle Ages, with obtaining the perfect red pigment, such that it became one of the most coveted Mexican export products in the Spanish Empire, surpassed only by gold. 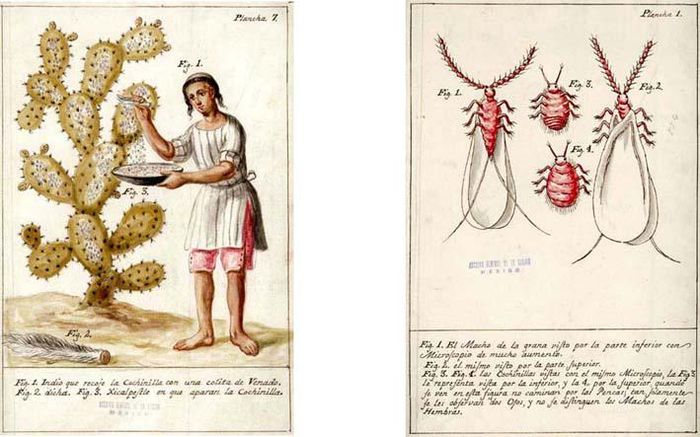 Keys to detecting cochineal and saving your crop

One of the keys to producing successful marijuana crops is keeping an eye on all the changes in your plants so that you can act swiftly in the event of any signs of weakness.

The first attacks by cochineals generally occur at the base of the stem, from which they slowly rise and expand. Focus on the base of your plant to determine whether your crop is showing the first symptoms of cochineals. The yellowing of leaves also indicates that something is robbing vital sap from your plants.

The conclusive indication of the presence of cochineals, however, is the sticky trail these insects leave behind them. The cochineal crawls overs plants in search of the sap upon which it feeds. When doing so its gelatinous body secretes a viscous substance that sticks to the stem. This sign reveals that something is wrong with your plant. In the case of cottony cochineals, silky egg deposits, visible to the naked eye, expose their existence. You can also touch the leaves to see whether they are sticky. The honeydew that they secrete creates an ideal habitat for other parasites, like sooty mould, which can end up blackening leaves, thereby preventing photosynthesis.

Careful! The presence of this honeydew does not always indicate cochineals. Aphids and the white fly also leave this type of trail, which can be confusing. Thus, spotting the insect itself on your plant is the most foolproof way to confirm that it is under attack by this pest.

The presence of ants, their great allies, can also be an indication of cochineals on your crop. Ants are known to "shepherd" cochineals and aphids, which they take care of and protect. The ants then "milk" these flocks, gathering the sweet liquid, or honeydew, that aphids and cochineals secrete when stimulated by ants. 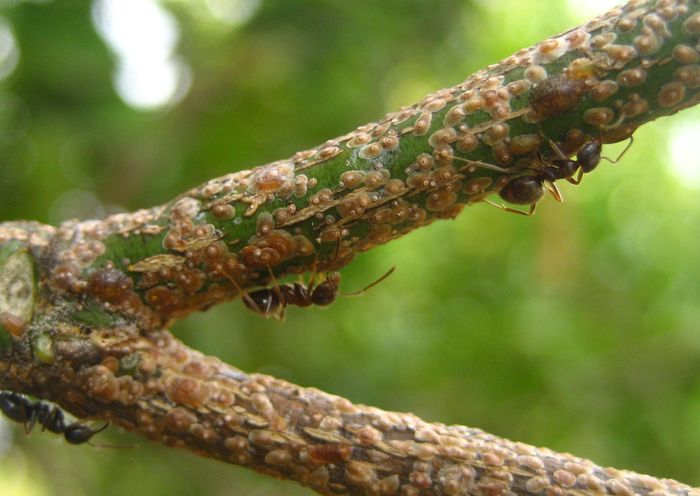 If cochineals have invaded your crop, what should you do?

By absorbing their sap, cochineals weaken your plants. Hence, it is essential that you act as soon as you notice their presence.

The first thing to do is to separate the affected plant or plants from your crops to prevent the spread of the plague. Of course, you should also thoroughly inspect the others to make sure that they are healthy. At this point you can begin treatments. As we mentioned, cochineals feature a shell that functions as a shield against external attacks. Thus, the use of insecticides sometimes does not guarantee their eradication.

Nevertheless, there exist other alternatives that, in addition to being more natural, will prove very useful if your crop is in the flowering phase, when it is not advisable to use chemical pesticides on leaves. The solutions that you can apply to plants are:

It is clear that the cochineal is one of the most common enemies threatening cannabis crops. But there are a number of measures to prevent and combat this pest, all with a view to obtaining the best possible yields from your cannabis plants. 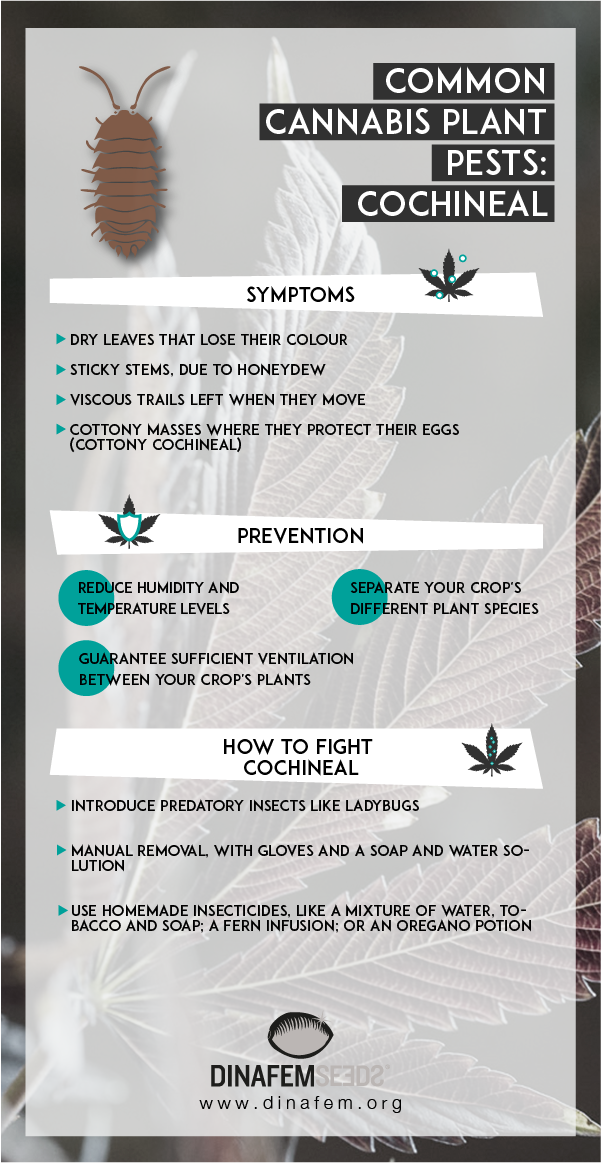