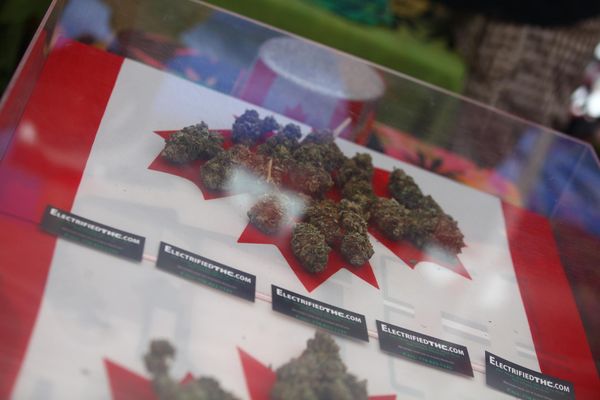 Currently, countries on the same continents feature very different regulations governing cannabis consumption. Some countries have chosen to legalise marijuana for recreational purposes, as in the case of Uruguay. Others, however, are more reticent, but have decided to allow therapeutic use, such as Canada, Israel, the Netherlands and some US states. In each of these regions medical cannabis is regulated differently, and its actual implementation in therapies varies greatly from place to place. Let's examine the differences between them.

In 2001 the Canadian government legalised medical use, which allowed doctors to prescribe cannabis. The country is very open to the use of this plant, and is expected to further soften its regulations.

The law allows citizens to purchase a limited amount of cannabis for personal, therapeutic use. Naturally, to possess and consume it they must be authorised by a physician. Growers, meanwhile, require a license to plant and produce cannabis. The agency from which they must obtain permission is Health Canada, a government institution. Without authorisation it is illegal to grow and sell cannabis. Patients themselves may also obtain a permit to grow, a policy condemned by the United Nations, which criticises home cultivation due to the risk of expanding the black market.

The current Canadian government is very much open to greater flexibility in the country's cannabis legislation. Prime Minister Justin Trudeau has publicly acknowledged having used marijuana occasionally. In fact, the Executive has proposed to decriminalise and legalise the use of the plant for recreational purposes, a change that is expected next year. If these promises are ultimately kept, the country would become the first G7 nation to legalise the widespread use of cannabis. 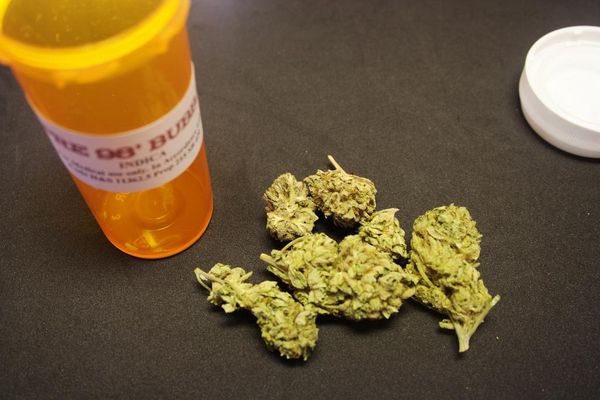 This is one of the countries where the use of cannabis for medical purposes is completely legal. It is consumed in various ways, and not just smoked: included in cookies, oils and candies, and used to relieve the symptoms of diseases such as Multiple Sclerosis, Parkinson's and cancer.

Medical cannabis was first approved in the country in 1992, following a case in which a patient suffered from severe asthma. Fifteen years later, the Government launched a program that continues today and benefits thousands of patients. And, thanks to the issuance of licenses for the cultivation and study of cannabis, several companies have expressed interest, such that Israel is considered one of the best countries in which to undertake scientific studies involving marijuana. This campaign, marked by its spirit of renewal and openness, has the approval of rabbinical authorities, who support the therapeutic use of the plant, which helps reduce the stigma associated with its use.

This year the Government has decided to go one step further to ensure the accessibility of cannabis and approved a plan to relax the regulations governing its use. Backed by Health Minister Yaakov Litzman, an ultra-Orthodox Jew, this new legislation expands the number of doctors who can prescribe cannabis, removes the limit on growers, and makes marijuana available in pharmacies. For now, until the measure is fully implemented, there are more than 27,000 patients in the country who use medical marijuana. And, thanks to the latest changes, that number could rise to 100,000. 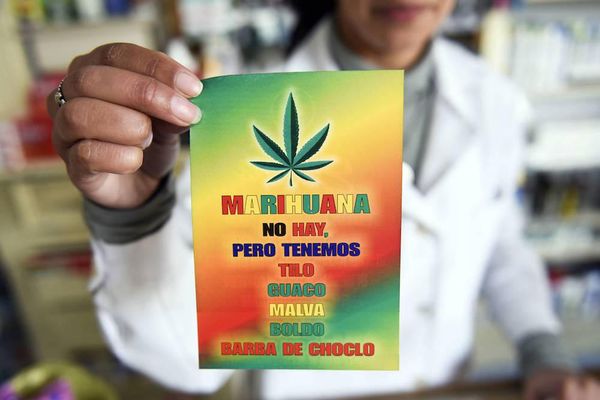 Three years ago former President José Mujica legalised the use of cannabis, making Uruguay one of the countries with the most permissive laws in the world. After regulating the consumption of the plant, and as a measure aimed especially at combating drug trafficking, the news made the front pages of newspapers around the world.

Both recreational and therapeutic use are allowed, in addition to industrial hemp. Thus, cannabis and home cultivation clubs are legal throughout the country, although this measure is exclusively for residents. To plant one must register at a post office; in principle the process is brief and permits are issued to almost all who request them. But to protect patients products for the sick must pass more stringent health checks than those for recreational use. The country's doctors recommend consuming cannabis using vaporisers, or in oils or creams.

While doctors are taking courses to learn about the therapeutic uses of cannabis, the road to the complete implementation of the law is complicated. In the country it is legal for pharmacies to sell drugs that are cannabis compounds, but this is a measure that is still being implemented, although it had been expected for July of this year. The setbacks have been diverse, like a Post Office strike and the dearth of pharmacies that have chosen to offer patients the plant; many invoke conscientious objection, and some even say they are afraid of thefts and disputes with drug traffickers. 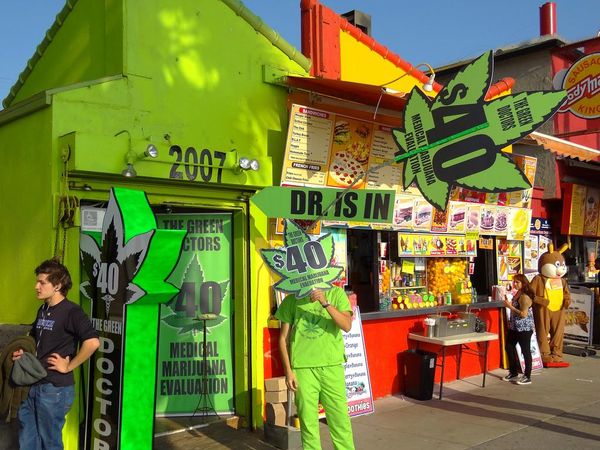 As with many legal aspects in the USA, the country does not have uniform national legislation. Regulations are not the same throughout the country, and each state has its own policy on cannabis.

There are states where both medical and recreational use are totally forbidden, and yet, we find others that have completely legalised cannabis, such as Colorado, Washington and Alaska. The disparity between one region and another is huge. And this is even more so after the elections on November 8, in which California, Maine, Massachusetts and Nevada voted to legalise recreational marijuana, while Arkansas, Florida and North Dakota approved medical cannabis initiatives. In all, 30 states have already approved legislation to legalise cannabis as a resource for healing. However, doctors cannot prescribe the plant for all kinds of diseases: there are few states that permit its use to relieve symptoms of Parkinson's, for example, while almost all of them do for Multiple Sclerosis.

At the federal level the law is still very restrictive. Earlier this August the US federal government again insisted on maintaining its prohibitionist policy. The DEA rejected all the requests to remove cannabis from "Schedule I", which classifies it as a substance without any acceptable medical use and, thus, bars doctors from prescribing it. According to their argument, science has not yet shown that cannabis is effective for patients. 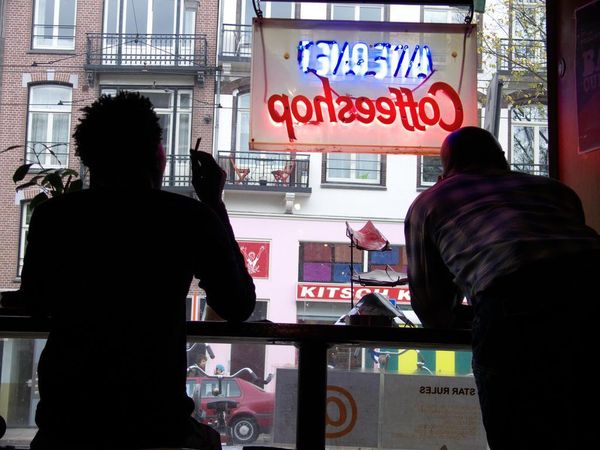 For a long time the Netherlands was considered one of the European countries most open to legalisation. At the beginning of the century they decriminalised consumption and, since then, have tinkered with legislation to make it more flexible. As for cannabis for medical purposes, it has been legal since 2003. All this, however, has changed due to the election of successive conservative governments, which have acted to frustrate the production of cannabis in order to fight the country's reputation as a cannabis tourism destination.

Doctors may prescribe cannabis, although it is not available in all pharmacies. There are several reasons for this: doctors are not well informed about its effects on patients, and most insurance companies do not cover the costs of medical cannabis. Moreover, professionals there do not recommend smoking grass, but rather consuming it in other ways, such as using tea bags, or inhaling it using a vaporizer. Still, the Netherlands boast other advances relative to their neighbouring nations. For example, the Dutch who have the appropriate certificates can take their medication with them when they travel to other countries.

The country has always been characterized by progressive laws with regards to cannabis use. Some activists, however, are warning about the end of this age, out of fear that the party now controlling the Executive, the People's Party for Freedom and Democracy, will criminalise cannabis. At the same time there are other political groups who are calling for progress and the relaxation of regulations. This September it was announced that patients in the city of Tilburg will be able to legally grow up to five plants. Thus, there are disparate trends in the nation, and the future is up in the air.