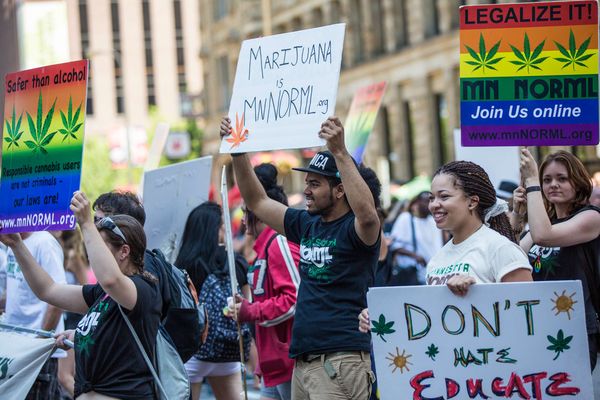 In the coming days, the United States will vote on its next president: Donald Trump or Hillary Clinton. But this is not the only decision that some Americans will have to make on that day: while choosing between a Republican and a Democrat, citizens in nine states will also vote whether to legalise some form of cannabis consumption. In this way they may extend the short list of those that approved its recreational use, and the longer list of those that allow its therapeutic use.

However, according to the surveys published in recent days, some states are more likely to approve some form of cannabis use than others. This is somewhat surprising given that, according to a survey recently released by the Gallup consulting firm, 60% of adult Americans believe that marijuana should be legal, the highest percentage of acceptance in nearly 50 years. Meanwhile, another study by The Washington Post found that legalisation is viable in five states: Arizona, California, Massachusetts, Maine and Nevada.

Marijuana legalization is leading in every state it's on the ballot this November. Latest polls:

As the date approaches, new data on voters' intentions has come out. So, depending on the initiatives and the various surveys in hand, where is cannabis most likely to emerge victorious?

This is probably the state where the vote will be closest. According to data from mid-October (just days before the vote) 45% of respondents were against approving the use of recreational cannabis. Meanwhile, 44% said they were in favour of it, so everything will depend on the 5% who were undecided. Approval would mean that possessing 30 grams of marijuana and growing six plants would be permitted, and legal sales outlets would be created.

For many it would be a big surprise if Arizona passed recreational cannabis: it is a traditionally Republican state, so it has historically been more conservative with regards to regulation. Carlos Alfaro, Political Director of the Marijuana Policy Project (MPP), an activist group, said in 2015 that of all the campaigns for recreational legalisation, this was "the hottest, the most active" with numerous debates, meetings and the collection of 250,000 signatures in favour of the bill. If ultimately approved, it will be a real thrill for many.

Nevadans also will vote on the recreational use of cannabis. Having already approved its medical use more than a decade ago, it was just a matter of time before they voted on recreational use. Here only 39% of citizens are against it, according to a survey by KTNV and Rasmussen Reports in September, while 53% view it favourably. Though it remains to be seen how the undecided will vote, it seems that legalisation will pass.

If ultimately approved, the residents of Nevada will be able to grow up to six plants and have an ounce (about 30 grams) of grass on them. In addition, there would be licensed outlets in the region.

Although the land of Hollywood and Silicon Valley legalised medical use of the plant back in 1996, it is now time to vote on recreational use. And it's going to be close: in a survey conducted in late September by the KPIX 5 TV channel and Survey USA, 52% of Californians said they agreed with Proposition 64, which would allow any citizen over the age of 21 to possess 30 grams of cannabis for personal use, and 6 plants at home. On the other side, 41% rejected the idea. Weeks earlier, another survey by the Los Angeles Times indicated that 58% of Californians were in favour of the bill.

The state has good reasons to enact legalisation: it is estimated that it will rake in some 1 billion dollars (913.7 million euros) in tax revenue each year. In addition, the cannabis industry would undergo tremendous growth, in a state that constitutes the world's 6th largest economy, ahead of even France. Supporters will need to cross their fingers and hope that the campaign, which has received serious backing, does not end in a fiasco like back in 2010, when a similar initiative failed. It seems, more than ever, that the undecided will have the last word.

Maine is one of the US states that has already legalised therapeutic use. The region has a strong cannabis industry, such that its citizens know (or should know) something about what they are voting on. According to a survey by the Portland Press Herald, 53% of respondents were in favour of legalisation, compared to 38% who rejected it. When looking at their ages, 58% of respondents 65 and older were against regulation. Therefore, getting young people out to vote on the 8th will be key to legalisation there. Will it be a success?

Things look more difficult in Massachusetts, which has also regulated therapeutic use. 50% of those surveyed by WBUR radio and the MassINC Polling Group in early September were in favour of regulating medical cannabis. Meanwhile, 45% were against it. The survey's margin of error, however, is very high, 4.4%, so this state will be in suspense until the last minute. 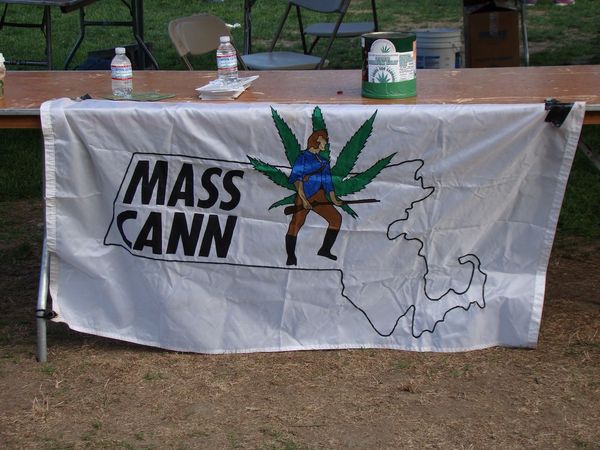 If approved, cannabis would be regulated in a way similar to alcohol. It would also be possible to grow up to six plants, and licenses would be issued to open retail locations. Particularly striking are the taxes that they would pay for marijuana: besides those on the shop or dispensary, there would be an additional 2% surtax depending on the city or county.

There are also states still seeking to legalise the therapeutic use of cannabis. Florida is one of them. And all eyes are turned upon it. The debate there over legalisation has been active since 2014, and now the state's citizens will be asked to decide. According to a survey in mid-October by the WESH 2 channel and Public Policy Polling, 69% are in favour of regulation, while just 24% are against it. In general, support since January 2015 has always been above 60%, so legalisation seems more than likely, a step that many patients and their families are looking forward to.

However, Florida law calls for support of 60% or greater in order for a bill to pass, so it still may be close. In 2014 a similar measure to allow physicians to prescribe drugs low in THC was supported by 58% of voters, not enough to pass the bill.

Montana had already approved the legalisation of therapeutic cannabis in 2004, but over time a number of restrictions (the result of judicial decisions) were added that undermined the legislation: many dispensaries closed and patients were left out of luck. Fortunately, citizens now have an opportunity to legalise medical use: in a recent survey by the communications company Lewistown News-Argus, Initiative 182 had the support of 54% of voters, with 46% against it. If ultimately approved, the situation faced by stores and patients would be corrected. It seems that it will.

The land of Fargo (immortalised by the Coen brothers in their film) is proposing cannabis dispensaries for patients. Those citizens living more than 40 miles (about 64 kilometres) from one of these facilities, however, would be able to cultivate up to 8 plants. Unfortunately, in the state there have been no official surveys on support for medical cannabis in the last two years, so anything could happen on the 8th. Heads or tails?

If we go back to the latest available data, a survey by the University of North Dakota, 47% of residents gave their approval to legalisation, and 41% were against it – but they supported its prohibition more vehemently than supporters defended regulation. In any case, a long time has passed, so we will have to wait until next week to find out.

And we end with Arkansas, where the vote has become a real headache for defenders of cannabis. In this state they were going to vote on two bills: the Arkansas Medical Marijuana Amendment, which would limit the number of dispensaries to 40 statewide; and the Arkansas Medical Cannabis Act, would also limit the number of dispensaries, but would allow, as in North Dakota, patients who live far from one of them to cultivate cannabis at home. However, a few days before the vote, slated to take place on November 8, the Arkansas Supreme Court voided the most liberal of the two, the Arkansas Medical Cannabis Act, alleging irregularities in the signature collection process.

The vote, thus, has been reduced, much to the dismay of the plant's lovers, to the restrictive Marijuana Amendment, which has encouraging but not overwhelming support: 49% in favour, 43% against. It remains to be seen whether it passes.