Several US states recently legalised cannabis for therapeutic use. California, Massachusetts, Nevada and Maine joined the list of places that have regulated the use of the plants in one of the countries most prone to green tolerance. However, in Australia/Oceania they are also taking giant steps in a way that is turning heads and placing all eyes on the continent.

As of October 30, Australians can grow therapeutic cannabis in their country. Thanks to the Narcotic Drugs Amendment Bill 2016 (passed months earlier, but which has now become a reality), citizens and organisations can apply for a license to produce cannabis in order to alleviate various medical conditions. Those companies obtaining it may also conduct scientific research. According to local media, hundreds of people and businesses have already registered to obtain the permits. As for patients and doctors, the Australian authorities say that they will have no problem getting and prescribing the plant, respectively. The Minister of Health, Sussan Ley, stated that the new legislation would even allow people to have difficult-to-import products at home.

However, it is necessary to take into account certain considerations. Demand in Australia for therapeutic cannabis is very high, as it is estimated that there are 1.8 million patients suffering from neuropathic pain, 130,000 with nausea due to chemotherapy, and nearly 82,000 with treatment-resistant epilepsy. In addition to national legislation for all of them, every Australian state will have its own regulations. This will oblige applicants to know what is allowed and what is not in their places of residence. The region of Victoria, in the southeast of the country, had already approved, a few months ago, access to medical cannabis for patients under exceptional circumstances.

Thus, children with epilepsy are the first to benefit from this measure, with products provided by the regional administration, with the hope that in the future there will be an industry that can produce them on a large scale. The rest of Australia's departments are expected to soon follow the path of Victoria, especially now that some, such as New South Wales, have proposed clinical trials with medical cannabis.

To obtain a national license applicants will have to pass an interview and show authorities the site where they plan to cultivate the seeds. They will also be asked about their finances (which could discourage many small farmers) and whether they have business agreements with companies that are going to transform their crops into cannabis products. They will also ask for information about friends and family ... in order to ensure that growers have no links to drug trafficking. Moreover, the law will not punish those who in the past tried to spread cannabis for "charitable or medical purposes."

The government will also establish strict rules governing the type and amount of cannabis that can be grown, as well as the transport of grass, and who it is delivered to, in an effort to ensure that Australia does not end up the victim of the overproduction of cannabis, and does not violate the UN's 1961 Single Charter on Narcotics. However, the Australian cannabis movement hopes that these obstacles will be relaxed over time. One cannot forget that the industry will be largely shaped by the symptoms the Government deems to be treatable with cannabis products. 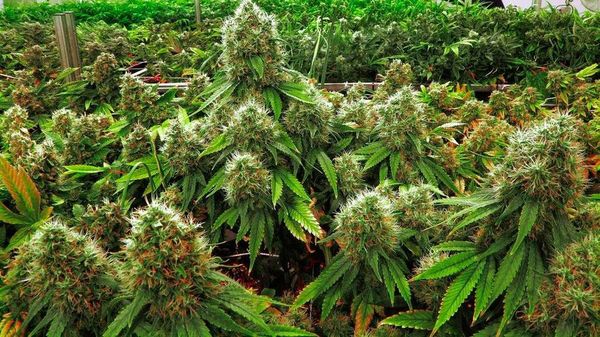 As in many other places, legalisation was seen as a perfect chance to foment business opportunities and to collect more tax revenue. According to a study by the University of Sydney Business School, along with the company BuddingTech (an Australian accelerator for cannabis businesses), legalisation will help create an industry worth about 150 million dollars (140 million euros) a year. Adam Miller, founder of BuddingTech, is very confident: "Therapeutic cannabis has the potential to be a multimillion-dollar industry, and can create thousands of skilled jobs, and generate tens of millions in tax revenues and foreign investment."

The Australian government has already indicated that it is open to allowing the export of cannabis produced in Australia once a system of internal control has been established and is shown to be running properly. In fact, Australia is one of the largest exporters of opioid products in the world, produced in the region of Tasmania, with a solid reputation in the production of drugs for pharmaceutical companies.

The situation in New Zealand

A little further south, Peter Jackson's country is also preparing to emulate its neighbours as far as cannabis is concerned. In New Zealand the recreational and therapeutic use of cannabis is illegal, but a few patients have a permit from the Ministry of Health to use cannabis products. In addition, there are penalties for marijuana possession (economic sanctions and up to three months in prison) and importing, cultivating or supplying the plant carries maximum sentences of up to eight years.

However, last August a survey by the New Zealand Drug Foundation was published with very encouraging data: nearly 65% of New Zealanders were in favour of legalising or decriminalising cannabis. And even better: 79% would legalise or decriminalise it to relieve pain, a percentage that increases to 82% for the pain of the terminally ill.

The executive director of the New Zealand Drug Foundation, Ross Bell, stated that it was the first time that such a high percentages of people had supported reforming cannabis-related drug laws: "This tells us that voters are ready for change, although lawmakers are not." 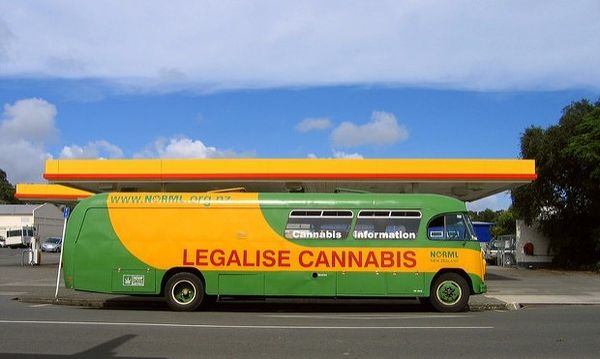 After the publication of the survey Prime Minister John Key stated that legalisation or a referendum were not a Government priority, but acknowledged that the laws were not working "perfectly." Key also recognised that police would not pursue those with small amounts of cannabis, especially if it was for therapeutic use.

At this time in New Zealand one can only use Sativex, a pharmaceutical preparation derived from cannabis. As it is not subsidised by the government, patients with permits must pay full price to obtain it. In addition, the government has approved the use of products rich in CBD for two patients: one in an induced coma because of his permanent seizures, and another with Tourette syndrome. Meanwhile, the New Zealand Medical Association supports studies on the benefits of therapeutic cannabis, and in 2011 a legislative committee proposed legislating on it and adopting less restrictive measures for recreational use.

Legalisation would be a boon for the State's coffers, and not only through the collection of taxes, but also by reducing expenditures: last April a report indicated that police were spending $90 million New Zealand dollars (59.8 million euros) yearly on procedures related to cannabis, while another 109 million (72.42 million euros) were spent on related trials and judicial proceedings.

Given public opinion in New Zealand, calls for legalisation might soon be heard there. The green tide is already sweeping through Australia, and could soon do so in New Zealand. All that is necessary is a little political will to accelerate the arrival of something that already seems inevitable.