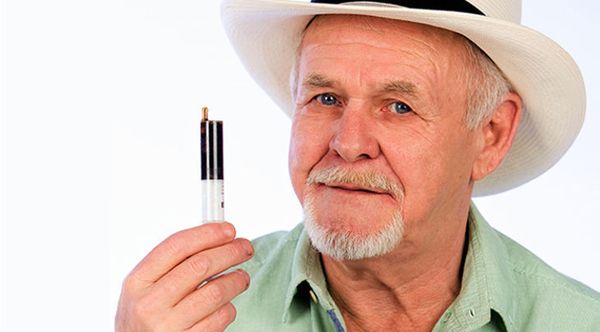 Rick Simpson became world-famous after developing a cannabis oil recipe. Following his own experience - he claims to have cured his own skin cancer thanks to his concentrate - this Canadian engineer has spent years sharing both the recipe and the ready-to-use oil with cancer patients around the world, coming into conflict with the law and eventually having to go into exile in Europe.

Franjo Grotenhermen, in turn, Doctor of Medicine and founder of the International Association for Cannabis as Medicine, has released a statement calling for caution and accusing Rick Simpson of irresponsibility regarding his healing promises, which in his view are exaggerated and lack empirical evidence. He also highlights that Simpson is not a doctor and should therefore tread very carefully when publishing information aimed at cancer sufferers: "You take the liberty of exaggerating promises of healing that do not stand up to factual examination."

Grotenhermen criticises Simpson for giving faulty information in his book Rick Simpson Oil – Nature's Answer for Cancer, and clarifies that besides THC, other cannabinoids possess cancer-inhibiting properties too - in the particular case of CBD, there is evidence that it may play even a more important role that THC in some type of tumours.

The German doctor concludes his letter by warning of the risks of advising cancer patients against standard treatments such as chemotherapy and radiation therapy, as Simpson does in his book: "Unfortunately, many people who come to me have been badly damaged by the medical system with their chemo and radiation, etc. The damage such treatments cause have a lasting effect in people who have suffered these so-called treatments are the hardest to cure. But don't despair, for even if you have been badly damaged, this oil still has a 70 to 80% success rate," (Pos. 970, Kindle).

While it is true that in the last decade medical cannabis has been regularised in many countries and states around the world, it is no less true that there is a growing need to professionalise the sector. Just like any other medicine, cannabis should undergo strict safety checks and patients should be able to get the exact dose and composition according to their disease. Unfortunately, this is not the case in most dispensaries, where cannabis medicines usually lack something as basic as a product label specifying the composition and the cannabinoid content.

Further, more resources should be committed to promoting research into the medical properties of the plant and their applications, as while there are many preclinical studies suggesting that certain cannabinoids could contribute to tumour growth inhibition, for some reason, they never enter the clinical trial phase in many countries, i.e. they are never tested on humans.

Does Rick Simpson's oil work? Probably, it does. I mean, assuming that numerous studies point to the antitumor properties of cannabinoids, it's not inconceivable to think that the oil, which is a concentration of such compounds, may actually possess medicinal properties that may contribute to certain treatments. However, this and proclaim that the oil can cure all types of cancer are poles apart. This letter is a wake-up call to the weaknesses of the medicinal cannabis sector, which on the other hand, are the result of a restrictive legal framework. Approaches that have proven ineffective and that hinder the efforts of patients to achieve a better quality of life.