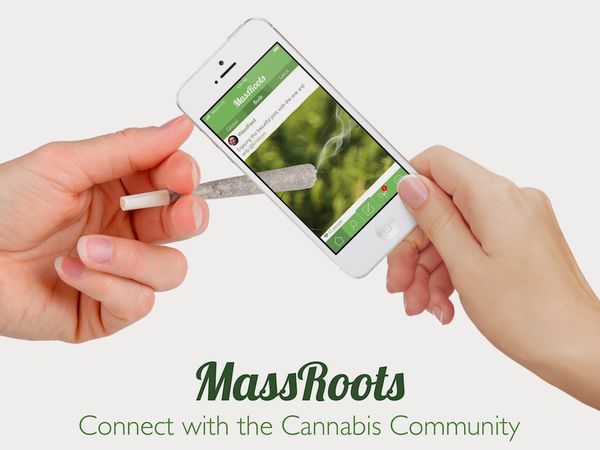 Created in 2013 by two friends sharing a passion for cannabis, MassRoots is a social network to which medical and recreational marijuana users can upload their photos and experiences, without fear of being judged by family members, friends or co-workers. An image of one holding a joint or sharing the latest strain of cannabis he has discovered are normal publications that do not generate any controversy or meet with prejudice, but rather "Likes" and lots of favourites.

This peculiar social network, which many compare to a “green” Instagram (or even Facebook), already boasts more than 775,000 users, and its creators want to take the business to the next level. Thus, in early May they filed an application to be listed on the Nasdaq, the US's second largest stock exchange, on which electronics, IT, telecommunications and biotechnology companies are traded, among others. Thus far the company has been listed on the OTC market, under the ticker symbol "MSRT," and its shares have fluctuated in the $0.65 to $7.00 (0.57 -6.14 euro) range.

MassRoots's goal was to raise 6.5 million dollars (5.7 million euros) in order to, according to the application filed, pay for the debt it has generated over its initial years of operation, continue its development, and create new features for its mobile application; in short, to keep expanding this virtual oasis welcoming cannabis consumers, and take a big step forward for the industry and its mainstreaming. 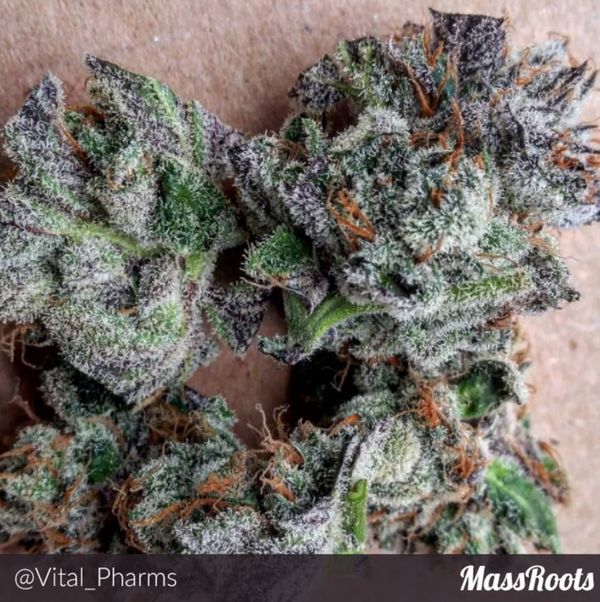 Half of US states (25 out of 50) states have legalised medical marijuana, and several have also permitted its recreational use. However, federal laws still prohibit the use of and trade in cannabis at the national level. In fact, the US Drug Enforcement Administration (DEA) classifies marijuana as a Category-I substance, defined as "the most dangerous kind, with a high potential for abuse, psychological harm and/or physical addiction." Many initiatives are currently seeking for the federal government seek to remove cannabis from this category, and more and more states are considering the legalisation of recreational use.

With this complicated scenario, in which the legal status of cannabis is at times blurry, the arrival of MassRoots on the financial market would represent a step forward towards the mainstreaming of both marijuana-based businesses and a whole sector of society that hopes to gradually eliminate the stigma related to its consumption. Therefore, all eyes were on the market's response.

An answer came on May 31, from Robert Greifeld, CEO of The NASDAQ Stock Market. In the following letter (a real gem) Massroots denied Massroots' application to be listed on the stock exchange, claiming that it was, basically, a company that "facilitates and foments the distribution of an illegal substance."

Despite the company's strong cannabis component, Isaac Dietrich, one of the company's founders and its CEO, insists that MassRoots is actually a technology company, first, and a business focused on cannabis, second. "We are in a unique position," he stressed. "We never touch the plant." According to this executive a dangerous precedent has been set that will prevent almost all the companies in the cannabis industry from joining the national stock exchange. "This will have a domino effect throughout the industry, making it more difficult for entrepreneurs to raise capital, and will hamper progress towards the legalisation of cannabis in the United States," the company added in a statement. 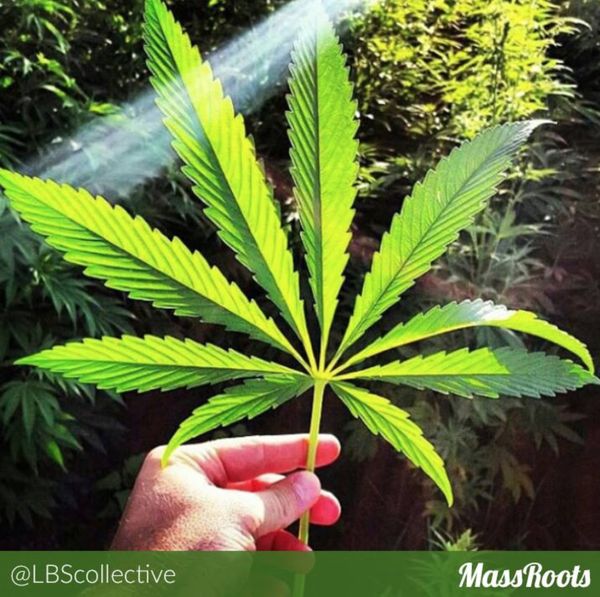 Although MassRoots does not base its business on cannabis crops, or the plant's cultivation, it continues to face a risk factor that triggered the market's refusal: it makes money by advertising cannabis products to its users. This means that, in the worst-case scenario, the authorities could accuse them of promoting illegal activities, and shut down their social network. If they were listed on the stock exchange, there is even the possibility that their investors could lose all their money.

The adverts, implemented in August of 2015, have slightly buoyed the company's accounts, but they still need financing to continue their expansion. Thanks to advertising MassRoots' revenue went from 9,030 dollars (about 7,900 euros) in 2014 to 213,936 (187,500 euros) in 2015. However, its net losses quadrupled, from 2.4 million dollars (2.1 million euros) to 8.5 million (7.4 million euros). Nevertheless, in the next 18 months MassRoots reports that it hopes to post monthly earnings surpassing those of its two closest competitors: Leafly and WeedMaps, a growing resource guide and a dispensary geolocator, respectively.

When asked about the company's economic future, Dietrich explained that it is "extremely difficult" to make predictions about their finances and possible growth, especially because legal business related to marijuana are still in their "infancy" and there are no long-term cases to use as reference points. The experts also believe that this vague financial situation was responsible for its not being accepted by the tech-oriented stock exchange: its market capitalisation of just $35 million is far from the 160 million required by the Nasdaq; nor does it meet the investment capital requirement, set at $5 million, compared to the $317,000 they currently have, according to their audits.

Had Massroots' application been approved, it would have become the first company related to the recreational use of marijuana to be listed on Wall Street. However, there is a precedent of a company in the marijuana business traded on this market: in 2013, the Nasdaq accepted UK-based GW Pharmaceuticals, which develops cannabis-based treatments. However, no other company engaged in biotechnology or the medical use of cannabis has made the cut. 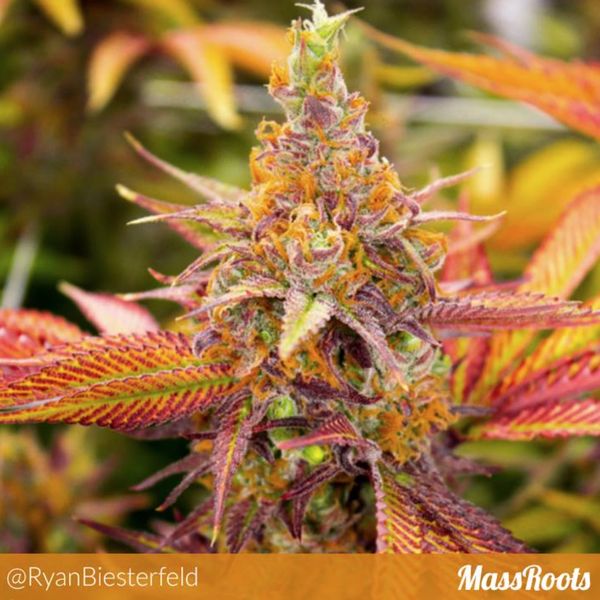 A story of growth

Founded in 2013, by 2015 MassRoots had 200,000 users. It was banned from Apple's App Store, which decided to include it on its blacklist the previous November. According to the technology giant there were conflicts with the company's terms and conditions, which prohibit "applications that encourage the excessive consumption of alcohol or other substances."

After 10,000 users and cannabis industry leaders cannabis protested to Apple, it returned to the application sale platform in mid-February 2015. At that time the company saw a period of rapid growth during which its number of users rose to the 775,000 it lists today.

To get back on the App Store MassRoots agreed to add a feature that geographically restricts the application's use to those states where medical marijuana is legal. However, people continue to create profiles from different parts of the world, using this Instagram for cannabis users to share their own marijuana-related messages, videos and photos.

The creators of the app sent Apple CEO Tim Cook a letter signed by the National Cannabis Industry Association, along with the ArcView Group (an investment company focused on marijuana) and another dozen related businesses. In the missive they presented a common front, arguing that "strong regulations are much more effective than prohibitionist policies." 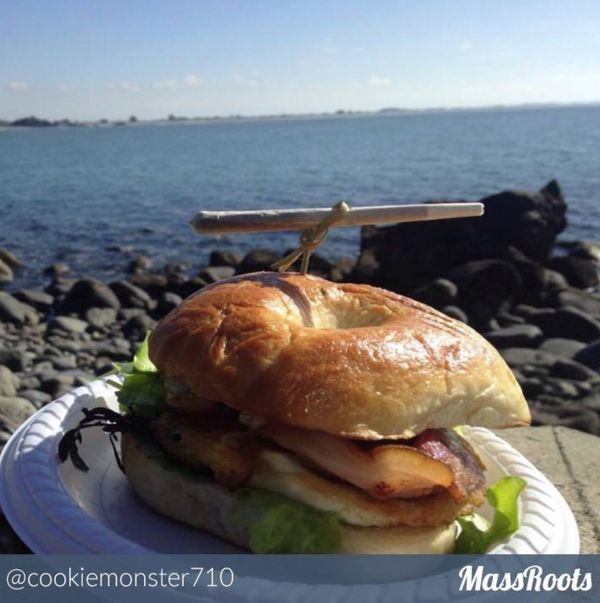 Although they stressed their technological aspects when seeking to be admitted to the Nasdaq, MassRoots also stands as a symbol of the cannabis industry. In fact, in addition to sharing experiences, this network makes it possible to follow hundreds of dispensaries (they hope to reach 1,000 by the end of summer) and for users to be kept up to date on the latest news regarding legalisation. Thus, in addition to increasing its investor base and improving its capital, getting onto the Nasdaq would open an initial door to all those who are interested in banking on the cannabis business.

"We want the public to be able to invest in the cannabis industry now, before it takes off and is no longer accessible for ordinary people," explained Stewart Fortier, the company's co-founder and CTO.

Both Dietrich and Fortier, who forged their hobby into a business and a message, expect the platform to continue to grow throughout 2016, and MassRoots to become a landmark brand. For the time being they plan to appeal their rejection by the stock market in the courts, with a final ruling expected in the coming weeks. It remains to be seen whether the Nasdaq will allow them to make this great leap, and whether, as a result, marijuana will become more widely accepted, its consumption a social reality no longer condemned by the financial establishment.