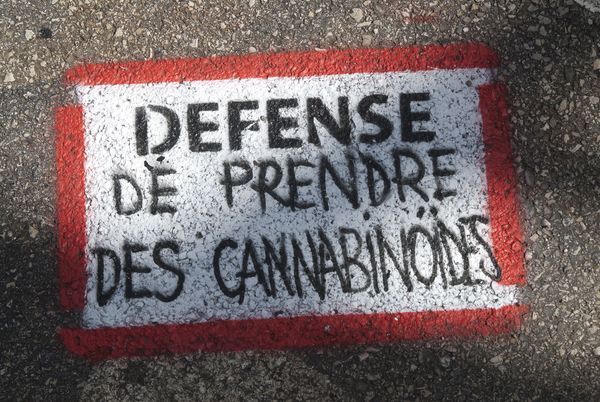 The study begins with several warnings concerning the cost of repressive policies. The figures presented are significant: of a prison population of 60,000 inmates, 7,000 are serving a sentence for drug trafficking, a large majority of them for cannabis-related offences. The cost of the arrests alone comes to over 300 million euros. Also to be taken into account is the opportunity cost incurred due to the impossibility of implementing public health policies.

Even after allotting considerable budgetary resources to repression, the results obtained are considered mediocre compared to the situations in neighbouring countries that have embraced more liberal policies. The legal arsenal based on the 1970 law, which has been repeatedly made stricter, is the result of a major mobilisation of France's police and gendarmerie, along with justice officials. In 2010 122,000 arrests were made along with 46,000 preventive detentions, and in 2013 there were 57,000 criminal convictions for violations of drug laws. Amongst the drug offences, 90% were related to cannabis. The resources devoted to the implementation of the ban are excessive, and sometimes verge on persecution. The pressure on consumers has been ratcheted up in recent years, contrary to what one might one might expect, due to the phenomenon of trivialisation. In France 10% of preventive detentions are related to private consumption, with convictions for this entailing, more than before, the generation of criminal records and jail time.

Despite all these oppressive and repressive efforts, France ranks second, behind Spain, in the prevalence of cannabis use amongst youths ages 15-24. The numbers come to 550,000 regular users and indicate that 32% of people ages 15 to 64 have consumed at some point. In contrast to major efforts at repression, prevention efforts are wanting. The plans by the president of Ile-de-France (Paris) to implement detection and swab tests in the region's high schools seem to be based on the idea that "the best prevention is repression."

The study is also of interest because it highlights the different international practices with regards to cannabis policies. At this time the issue is the subject of debate in the vast majority of the OECD countries. However, it is important to distinguish between decriminalization and legalization, which constitute two completely different approaches. The former was adopted some time ago in several European countries, such as Spain, Portugal and the Netherlands, a pioneer in the field, where the Drugsbeleid Law has been in force since 1976. Decriminalization consists in the public authorities agreeing to desist, in a more or less explicit way, from prosecuting consumers. It is a system that is often ambiguous and is based on an attempt to strictly distinguish between drug trafficking and personal consumption or production, with a sometimes restrictive regulatory framework.

In 2013 Uruguay became the first country in the world to legalise the sale and production of cannabis, setting a theoretical limit of 40 grams per month. And the states of Colorado and Washington in the US have also recently embarked upon the adventure of legalization. The main idea underpinning the implementation of legalisation is that the citizen's decision whether to consume or not is a private matter in which the state should not interfere.

When a representative governs who is courageous enough to embrace an opinion contrary to the status quo, several situations are possible. The first is decriminalisation, following the example of several European predecessors. The positive impact on public finances would be limited to the reduced spending on law enforcement, which could focus its actions on other tasks, such as surveillance for terrorist and radical movements, justice and the prison system. The price of acquisition is a key factor with this option: if decriminalisation results in lower prices, consumption, already at a high level, could increase even further. Decriminalisation also allows trafficking to flourish, and does not generate any revenue. Nevertheless, the savings would come to around 300 million euros anyway.

The second scenario would consist of legalising sale and consumption under a public monopoly, with a higher sale price, which would have the dual advantage of not triggering an increase in consumption and leading to higher revenues for the State. However, the legal market has to outcompete the black market, which could still be more attractive in terms of prices. The setting of the price is an essential element in honing this strategy: if the price is too low, it encourages excessive consumption, but if it is too high it leads to illegal trafficking. This solution would have the support of several influential forces in a country whose “Colbertist” state is prone to intervening at the slightest opportunity.

In short, it would be possible to legalise it and open the market up to private competition. It does not take a soothsayer to predict a sharp fall in prices and an increase in consumption, as the study was based on an assumption: the adaptability of the demand for cannabis in relation to the prices established for it. The main advantage expected would be the heavy blow dealt to illegal trafficking; it is believed that more than 100,000 people live off the revenues generated by illicit trafficking today. An efficiently exploited cannabis industry could generate similar employment, and tax revenues amounting to several billion euros.

The message from the expert committee, with clearly socialist leanings, is quite clear: during a time of budgetary constraints, the cannabis sector represents a potentially major source of revenue that is ripe for the taking, and one that in the future could benefit a smarter society in which citizens are not immediately labelled as delinquents or patients in need of a cure just because they consume. In market economy terms, money remains the ultimate and decisive factor.

The full report can be read here, in French: http://tnova.fr/etudes/cannabis-reguler-le-marche-pour-sortir-de-l-impasse