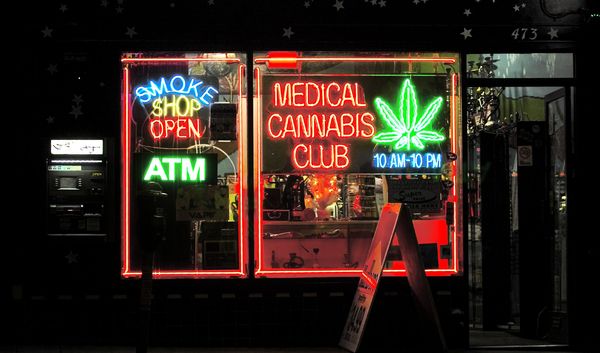 In a country listing nearly 300,000 associations, the exercise of this option is based on the pooling of the means of production and their distribution in proportion to that provided. They allow users to avoid having to obtain their supply on the street, where prices are exorbitant and quality is unreliable. It is a movement that has existed for years in Spain and, to a lesser extent, in Belgium: joining forces to produce a limited quantity for members' personal consumption.

Marius created his CSC together with some friends who used to purchase together. Five years ago he decided to grow an indoor crop in the basement of his suburban home. "For the cannabis grower who wants to start out, the investment required for the base materials and supplies is around €3000-4000. After that it's best to be a bit resourceful, and count on some time to acquire the necessary knowledge. Growing grass indoors is like making crepes: when you first start out, the initial results are often disappointing. They also need space, lots of care, and time - all scarce resources. Indoor production costs will barely drop below €3 per gram, and will be more often around €5, while quality grass is sold for €10 to €12 on the black market. Therefore, it pays to team up to produce, as growing alone is wearisome. We have limited our membership to 10 people. If we didn´t, it would become an industry."

Marius is among those who do not want to hear about "coming out" and filing with the prefecture. He has drawn up bylaws and his group functions as a standard association, with general assemblies and elections to office, but discretion and keeping a low profile remain his priorities. "I am a smoker and not an activist. And, frankly, I hate jails. For now we are operating as a coffee shop and the police don´t bother us, as we remain small and always very discreet. Of course, I support the struggle for decriminalisation with all my heart, but I don't think doing justice by gathering the opinions of witnesses on the aberrations of the law is a good solution. We come together based on a spirit of fellowship, and filing our bylaws at the prefecture would probably only get us into trouble."

Dominique Broc, a spokesman for France's CSCs, holds the opposite view: civil society should organise and bring all its weight to bear to affect policy decisions capable of modifying the law. In this activist's opinion the current situation is unacceptable, and CSCs represent the only possible way to overcome the status quo. In 2013 he became famous for filing the bylaws of his CSC at the prefecture in Vendée. The response of the State's decentralised authorities evidences the contradictions at play. At first the prefecture accepted the document, but the General Council appealed, asking the Republic's prosecutor to enforce the law. Law enforcement officials seized 126 plants at his home and he was prosecuted, with a request for ten months of parole, which was ultimately reduced to two, along with other fines.

He calls for civil disobedience and resistance, in light of the fact that in France, "discrimination against cannabis, as opposed to alcohol and tobacco, does not oblige citizens to obey the law or to refrain from private or collective use, or from growing something that can actually be therapeutic."

He set the goal of forming a federation of the different French CSC to provide them with technical and legal support, but above all to establish a powerful lobby to redefine public policies and the right to growing for personal use. He believes that he is acting and assuming these risks "in the interest of the citizen's dignity."

This dignity, for CSC France, also involves promoting moderate and responsible consumption. A green card for responsible smokers has been put online, in addition to a white card giving those who download them an opportunity to show their support. According to Dominique Broc, there are about 700 CSCs in France today, but only 20 have dared to file with a prefecture, which theoretically obliges the State to assume its responsibilities. Legally, his argument is based on a European Union framework decision dating back to October 2004, which stipulates that "Member States shall ensure that the cultivation of cannabis plants, carried out illegally, is a punishable offence," but whose Article 2.2 indicates that "not included in the scope of this framework decision are perpetrators who act exclusively for personal consumption, as defined by national legislation." This would be another way of saying that CSCs cannot be considered drug traffickers. And, as a result, they are not illegal under the laws of modern Europe, such that French legislation actually clashes with European law. Lawyers could have a field day with this ...