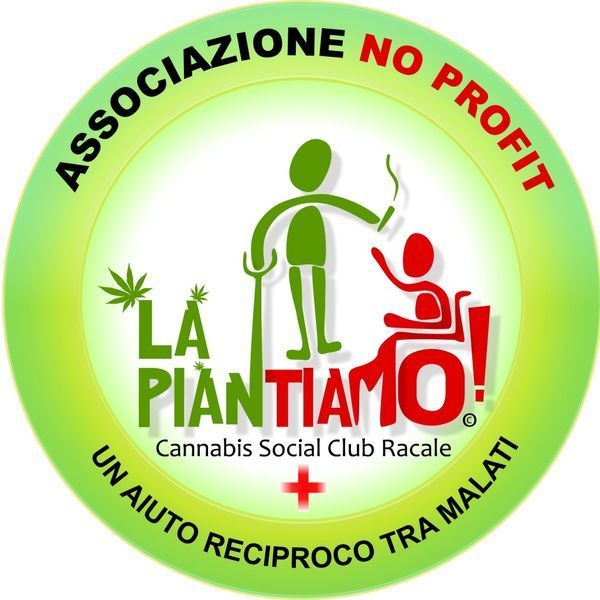 Both Italy's prohibitionist policies and decriminalisation as it has been handled in Spain were revealed as failures in the management of narcotic substances and the implications they entail for society. Although politicians and public opinion have woken up, the path towards regularisation that works is a long one. In both countries the sick and associations that support them continue to be excluded from the public debate that has arisen around the issue of legalisation.

Dinafem decided to invite an association of Italian patient activists because it believes in supporting grass-roots efforts and, above all, because it is impossible to ignore the fact that the sick are the first to suffer from this international legislative chaos.

Lucía, the president of the Italian association, explained: "The main difficulty is access to a high-quality, varied product: in order to treat diseases effectively, in fact, it is necessary to have different varieties of raw material on hand, because each disease calls for different doses and active ingredients. For example, to treat a disease such as Friedrich's ataxia we need a strain based exclusively on CBD, which is almost impossible to find there. In Italy many patients, lacking access to medical cannabis, are forced to turn to the black market, where they often encounter hyper-fertilised products with dubious therapeutic effects. There are frequent cases of patients who use cannabis as medicine and in whom the presence of THC has side effects, such that they could find a solution using techniques based on CBD strains."

Both Dinafem Seeds and LaPiantiamo agree that a patient should have the opportunity to choose between different previously tested strains (cannabinoids and terpenes) and to receive adequate information allowing them to choose that which has the fewest side effects. In this way patients would be able to understand what strain is best adapted to their particular pathologies.

In other words, access to the chemical analysis data allows patients who use medical cannabis to apply a rational approach when choosing the strain they will use for medical purposes. It is of prime importance, especially for sector companies and associations, to promote dialogue, information and research as much as possible, thereby helping to consolidate collective knowledge of the plant's uses.

Moral rather than scientific principles

Although there are efforts seeking to alter the concept of the system, today in Spain the only possible therapeutic use is self-medication. Even in a club featuring basic therapeutic support it is not possible to provide a specialised and controlled product. There are associations that provide their members with medical varieties and by-products, such as macerates and tinctures, but, unfortunately these lack analyses of their quality. Considered an unprofitable approach, and, in some cases, even a losing proposition, there are few CSCs working mainly in the therapeutic field, though some can be found in Barcelona, and one in Zaragoza. In the Basque Country, far from Barcelona, ​​CSCs function more like associations than businesses, but even in this case regional legislation contains gaps in the management of the therapeutic sphere. To give our friends at LaPiantiamo a practical example of how a CSC works, a roundtable discussion was organised with the members of Ganjazz, a Basque association that in the past two years has been mainly devoted to providing therapeutic support to its members, and that represents a flagship on the national (and international) scene after remarkable progress was made in dialogue with local public institutions.

The members of Ganjazz, giving their Italian colleagues a warm welcome, described the current Spanish scenario: "While previously the question was legalisation vs. prohibition, now the debate has shifted towards seeking proposals for responsible regularisation, as the current system does not work. The law related to the cultivation and consumption of cannabis, in fact, is based on moral and not scientific principles. And it has been proven not to work. The laws enacted permitting legal consumption have led to the emergence of a considerable economic apparatus, which has been difficult to control from the outset. Without any doubt, if there were a change of attitude, if we started to think and act differently, if we invested in scientific research, if we tried to find a solution taking into account, first, the point of view of patients, promoting public health and democracy, we could conceive a sustainable approach to the problem. "

It is very difficult to pass regulations based on a scientific approach in countries where moralism has been deep-seated for centuries.

The Ganjazz therapist further explained that: "The clubs offer a basic service, but do not always find specialised and competent figures with experience who are dedicated to receiving new members. The products are not usually analysed. It’s a support service. It's a shame not being able to help all those who ask for specialised treatments based on cannabis because, unfortunately, we do not have the capacity to provide them, and we are forced to reject their applications, abandoning them to their disease."

Everyone agrees that in Spain the raw material is not available, and it is clear that there are major shortcomings in the management of the CSCs. A member requesting a cannabis-based treatment must be received by specialised doctors and budtenders capable of finding the most appropriate treatment for his medical profile.

The Italian reality seems to be, ironically, the opposite of that in Spain. In Italy the recent regulations governing the cultivation and marketing of cannabis have led to an increase in land dedicated to cultivation of the plant and companies engaged in this sector. There are 11 Italian regions that allow use for therapeutic purposes, where it is possible to sell cannabis and its derivatives. The price of a pack of Bedrocan, the only cannabis permitted in Italy, containing 5 g of cannabis sativa and a THC content of 14%, can range from 22 to 70 Euros. It is evident that for a patient who needs constant treatment this represents a considerable expense that not everyone can afford. And for those who are not residents of these "lucky" regions it is impossible to access the medication, even if they can afford it.

LaPiantiamo members explain how, out of necessity, they managed to create a system of medicine access mainly based on patient analysis and care by doctors, psychologists and pharmacists. The patient, after filling out a questionnaire, designed to ascertain his condition, in detail, and what must be treated, then receives a consult for a holistic evaluation. He is then notified of the treatment plan best suited to his case. The problem is that there is a protracted bureaucratic process that places a heavy burden on the sick. In fact, although LaPiantiamo accelerates access to medicine, the specialised technicians using the 5 strains of Bedrocan have noticed a slowdown in the production of the pharmaceutical preparations. The Italian State requires each processed product to be analysed and approved, even though the procedure and strain remain the same. As a result, patients are often forced to discontinue treatment (with the consequent relapses) because it can take a long time to acquire the necessary licenses.

In Spain the possibility of relatively easy product access pushed the therapeutic sector into the background. In contrast, in Italy many years of prohibitionism have spawned a collective consciousness that fails to address the issue in an ethical manner. Too many people are forced to use pharmaceutical treatments, in many cases with devastating side effects, instead of receive cannabis-based treatments that can be applied to diseases such as multiple sclerosis, fibromyalgia, epilepsy, rheumatoid arthritis, chronic pain, anorexia, obesity, psoriasis, and many more. Right in the midst of this closed and anachronistic prohibition, Lucía,

Andrea and William have had the courage and the ability to create and maintain a real structure to care for the sick, which became a reference point for patients all across Italy. Despite the many ideological and bureaucratic difficulties, it is noteworthy that more and more doctors and researchers, aware of the plant's effectiveness, prescribe treatments with cannabinoids, whose side effects can be easily avoided through proper information and adequate management.

This gave rise to the idea of starting to work together towards the creation of an international network built from the ground up, in which patients witness the benefits provided by one strain rather than another, and doctors and researchers gather this information and begin to write up the scientific literature that is still lacking in this field, seed banks develop specific strains, and, thanks to specialised media, genuine access to and the exchange of information that is potentially useful for the community is made possible.

This three-day total immersion programme dedicated to knowledge, dialogue and comparisons of the Italian and Spanish realities was the result of a collective effort, and would not have been possible without the help of all those who have collaborated and shared their experiences to shine a light on the most important issue: the effectiveness of sustainable treatment for patients. We hope that this effort can benefit all those who are struggling every day and striving to find accessible medication without the fear of being persecuted and prosecuted.