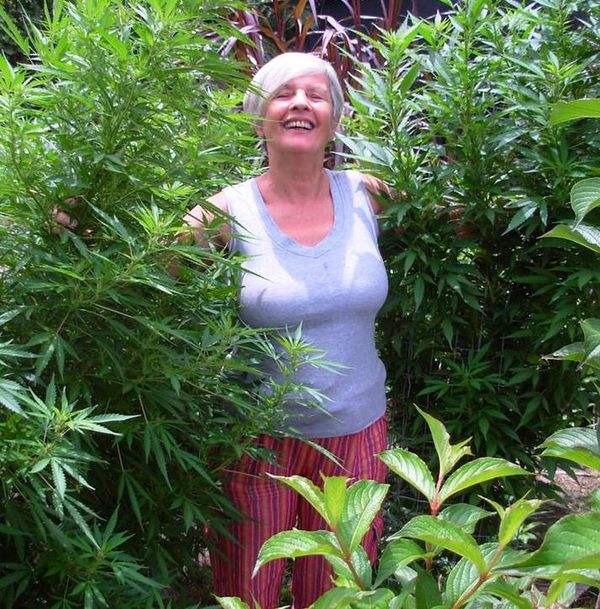 On May 2nd, the president of the National Drugs Board of Uruguay, Diego Cánepa, detailed the regulations of the marijuana law, meaning the plan for its practical implementation. Many aspects of this law seem surprising, and others simply unworkable. To analyze it, we spoke to marijuana rights activist, Alicia Castilla. An Argentinean educator and psychoanalyst, she spent 3 months in prison after having been reported by a neighbour for having 29 plants and 24 grams of marijuana. Alicia currently resides in Uruguay and has gained much popularity through her pioneering book 'Cultura Cannabis', the first to address cannabis culture in Latin America, and by being the leading voice in criticizing the Uruguayan regulatory project.

First of all Alicia, how was your day?

"I've had a very nice day, thank you. I've been testing different marijuana plants in the process of curing". 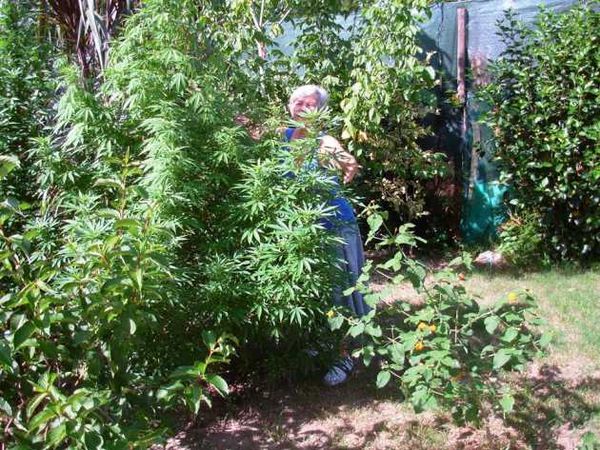 Alicia is 1.65 meters (5'4") tall. According to her, "in Uruguay, there is so much sun and rain that the main problem growers face is the height and size the plants can reach".

It's strange the debate that has sprung up. How Uruguay is now considered a pioneer, a model for legalization, etc., when legal marijuana is not sold here. It's easier written than done, and in the recent announcement concerning the regulations it was said that marijuana was expected to be available in November. Isn't this strange considering that this month is the equivalent of May here, that is, only a short time after having started planting?

"Yes, this is quite a debate we've started! What a shame, the results, though!To understand the fine print of Uruguayan regulation, you have to start with the assumption that, from the first to the last announcement, the government has shown a total lack of understanding on the subject, an enormous capacity for improvisation, along with great indifference towards the users, their needs and expectations.

"The announcement of the regulations promised that distribution in pharmacies would begin next November or December. The licenses for the private sector to cultivate on military land have still not been given out. Here, in the southern hemisphere, we sow in September and harvest in March or April. And we all know that marijuana also needs to be dried and cured. I wonder if the authorities are taking these variables into consideration. If everything we are being told is true, then why is it all shrouded in a cloud of smoke - and not of marijuana. I don't see how they will come up with 22 tonnes of marijuana by November". 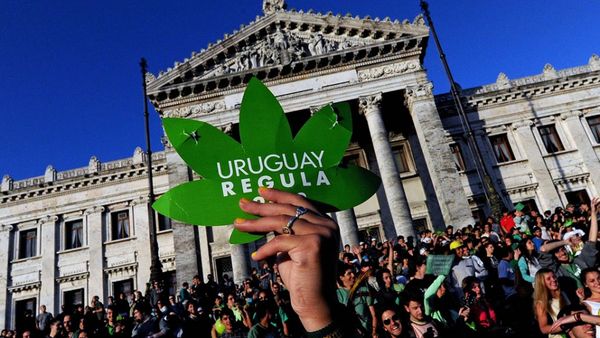 All these numbers and predictions seem a bit fantastical. The regulations as they stand limit the area designated for production to ten hectares in the entire country, with approximately 1.5 hectares for contractors. The Uruguayan government believes that this amount of space will be more than enough for the 22 annual tonnes it expects to produce and that it estimates is being consumed in the country, where there are 25,000 daily smokers. Another concern is the price-setting at one dollar per gram. Why one dollar?

"I have heard that the price was calculated based on the values in the black market for Paraguayan brick-weed which is measured in 25 gram units. They've assumed that if they sell a better quality product to those whom they consider addicts they would finish with the black market".

So they expect to sell marijuana which does not exceed 15% THC for one dollar per gram in pharmacies, maintaining the demand all year-long without varying the price. Apparently this could only be achieved with indoor growing, but instead they are handing over large areas for outdoor cultivation. If it is produced indoors, costs will rise. In addition, how will they control the THC content? If they only produce it outdoors, won't the price depend on how much marijuana is available at any given time of the year? It seems that they are dealing with cannabis as they would do with a bag of potatoes.

"I don't know how they will do it because they don't know either.Actually, I think they treat potatoes with more respect, as they speak of cannabis as a drug they are going to administer to addicts". 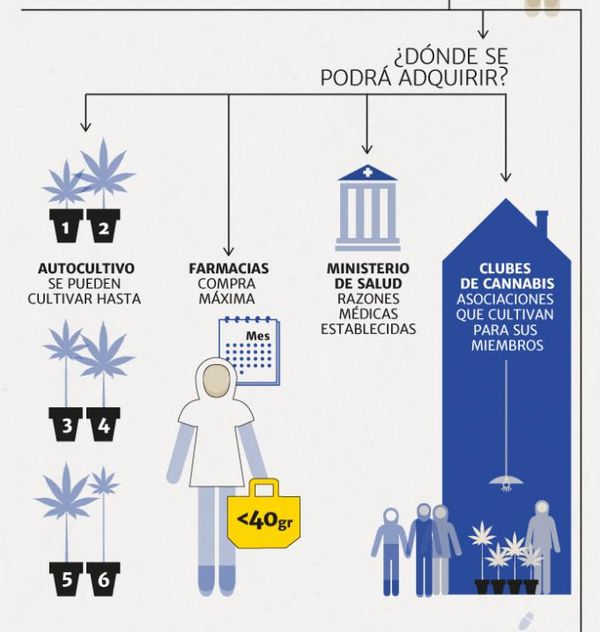 Another controversial subject is the registry. Consumers will have to register in their pharmacies, as well as members of user clubs and those who grow for personal use, who will only be allowed to produce a total of 480 grams per year.

"Conceptually I cannot accept the registry; I think that it is as step in the wrong direction. Whoever registers is marking himself a sort of second-class citizen, a brainless idiot whom we cannot trust with even just 40 grams of marijuana, but we must give it to him in 10 grams-lots at a time. This same citizen doesn't have to register to buy thirty bottles of whisky. I hope this repressive and stigmatizing model won't be followed by other countries". 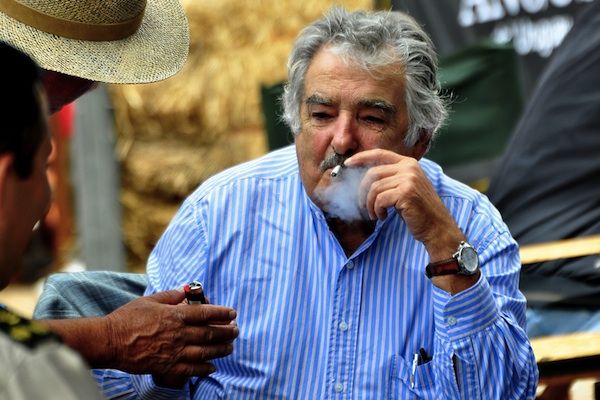 How would your ideal legalization be like? Do you imagine a world which has normalized marijuana?

"Between paternalism and liberalism, I choose the latter. The government and the figure of the president are extremely contemptuous of marijuana. They remind of the speeches of the Left in the seventies, which spoke of drugs as a bourgeois vice. Mujica doesn't get tired of saying that marijuana is shit and that his duty as a statesman is to register and control addicts so that they won't get out of hand.

"I see a world where marijuana is a commodity, which will list in financial markets, just as soya beans, petrol, and so many others. When a business attracts large financial groups, things start to move very quickly".

Cannabis is a plant with many beneficial properties, but just like any other narcotic it can lead to problems if abused or used irresponsibly. Do you agree with this? Do you think society in general is ready for the legalization of cannabis?

"Every day we discover new beneficial properties of this plant, and new useful ways of using it. Just like anything else, it has to be used responsibly. If society isn't ready for it, it's the job of activists to prepare it". 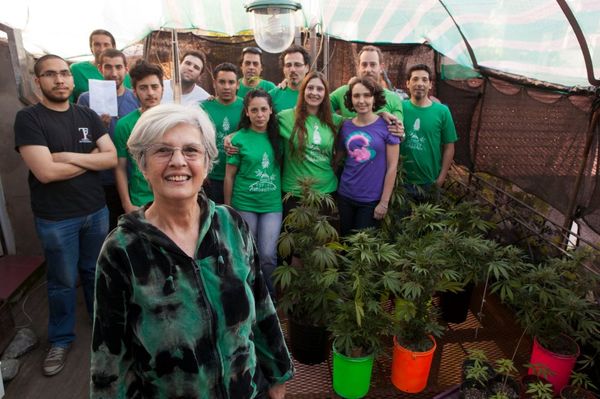 Marijuana's recreational use is widespread, and some people work or even study while under the influence of cannabis. For other people, it considerably limits their ability to achieve these tasks. In this regard, what is your relationship to marijuana?

"I suffer from hyperactivity and insomnia. Every day I wake up with the feeling that I did not sleep enough. After a cup of coffee, a morning joint, a proper sativa, I can go about organizing my day. In the evening and at night, I use indica to help me fall asleep. However there are some tasks, banking, administrative chores and the like, which I would rather not do while being stoned".

Have you tried growing autoflowering strains? What do you think of them?

"They've gotten much better since they first appeared. In the beginning, 5 or 6 years ago, they didn't develop much, and produced very little. Lately I've been getting better results. They don't replace my regular plants but are useful so that I don't run out of marijuana in the middle of summer".

Do you know of the seed bank? Have you grown any of our seeds?

"Yes, a number of years ago, during Spannabis in Barcelona, I was staying in the same hotel as a representative of Dinafem, whose name I don't recall. We ate breakfast together and he gifted me two tins of very nice seeds which I planted when I arrived home. Although I don't remember the name of the strain, I remember that I was very satisfied with the results". 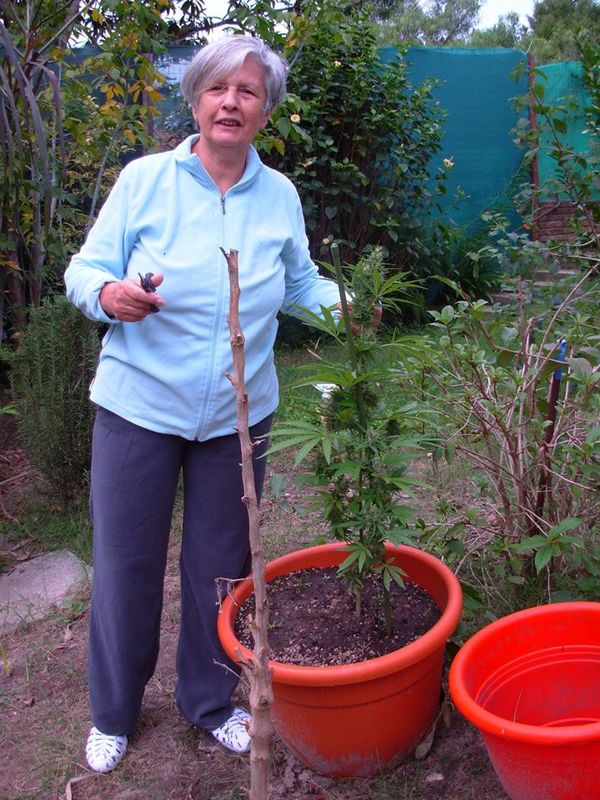 You have become a symbol of the fight for marijuana rights, especially in Uruguay, as well as in the Anglo-Saxon world, thanks to the interviews you have given. Has it made your life more hectic lately?

"Ha ha ha! Here in Uruguay, ever since I was imprisoned, people stop me in the streets to take pictures with me, ask for an autograph, etc. Now I know how rock stars feel! Even though my life might be more hectic now because of the interviews, it also gives me a cheerful feeling being able to contribute to a noble cause and to show that condemning people can sometimes have the opposite effect than that for what it was intended".

Thank you very much Alicia. Take care and happy growing!