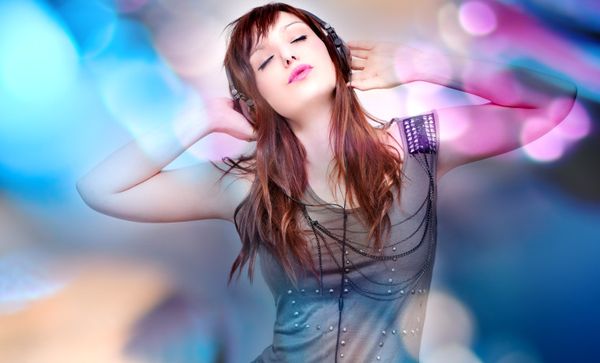 In addition to this collection of timeless cannabis classics from yesterday and today, we have created a Dinafem account on Spotify where you will find different playlists to enjoy music with some of our best genetics. A night of passion with Dinamex, a psychedelic session with Amnesia, the pleasurable effects of strains rich in CBD, or the narcotic and relaxing sensation of Bubba Kush: varieties that go hand in hand with the best tunes, so you can experience music like you never have before. These songs were carefully selected by our creative team to allow you to forget all about the rest of the world and launch you directly into a colourful universe of sounds.

A track recorded in 1970 by the British group Mungo Jerry. It hit number 1 in multiple countries and remains one of the best-selling singles in history. It's an ideal song to enjoy with ganja and be seduced by its simple yet remarkably original rhythms. Nothing could set a better tone than this one.

A cult classic that is considered an authentic ode to cannabis. In fact, Bob Dylan 's "Rainy Day Woman" was rejected by some stations in the United States and United Kingdom because they thought it encouraged drug use, as it includes the lyrics: "I would not feel so all alone / everyone must get stoned." The song features a kind of spontaneous, freewheeling chorus, and laughter from Dylan, a big consumer of cannabis as an aid to his lyrical and creative process.

The typical album to listen to all the way through as you float on its astral sounds. The second album by Van Morrison, released in 1968, was not very successful, but was subsequently praised as one of the best in history. An eclectic cocktail of jazz, blues, folk, and classical music.

In this reggae song by the greater Peter Tosh the two factors merge: perfect music for to listen to with cannabis, and one that is about it too. A pro-legalisation hymn in the Anglo-Saxon world, and all over the planet. Legalise it, don't criticise it.

"Let's get to the point/ Let's roll another joint/ And let's head on down the road/ There's somewhere I got to go". A song that shaped an entire generation of American cannabis users in the mid 90s. Although Tom Petty was not really talking about cannabis, many radio stations refused to play the song, due to its lyrics, making this a classic to enjoy with a cassette, on your way towards a beautiful sunset. The accordion and harmonica solo are priceless in a track that, despite its radio censorship, won the MTV Video Music Award for Best Video by a Male Artist in 1995.

An indecipherable song by The Doors that actually dealt with a break-up with girlfriend Mary Werbelow. After many performances at a dive in Los Angeles, it became a closing hymn, lasting for more than 10 minutes, a shamanic journey into the heart of the universe and its entailing end. Travel to the end, brother, travel.

A little bit of hip-hop was in order on this list. The Californian group Cypress Hill busts some bong-soaked neurons. This trip is not as spiritual as the previous one, but rather a naughty and lively journey based of Son of a Preacher, by Dusty Springfield. Another good song to enjoy with some ganja.

Bob Marley could not be missing from this list, this is his ultimate ode to grass. The album, of the same name, was released in 1978, preaching love and cannabis, with gentle rhythms and lyrics. "I need kaya now, because the rain is falling," it says. You know what "kaya" means, right?

A megaclassic that is actually quite modern, posted on the Internet in 2001. After its release on the Web, it became a hit. The rap tune also features a chorus of spontaneous, non-stop laughter as Afroman narrates, in a carefree tone, the exploits and failures of an alter ego that takes life with a sense of humour. Despite its playful tone, the song is actually a sad testament to how cannabis can ruin your life if you overdo it.

Finally, we wind it up with what at first glance may seem like a more contemporary pop hit, but which constitutes a genuine cannabis time bomb by bringing together the legendary toker Snoop Dogg and grass king Wiz Khalifa. Along for the ride is no less than Bruno Mars, to sweeten even more a song cut to be savoured by cannabis sybarites.