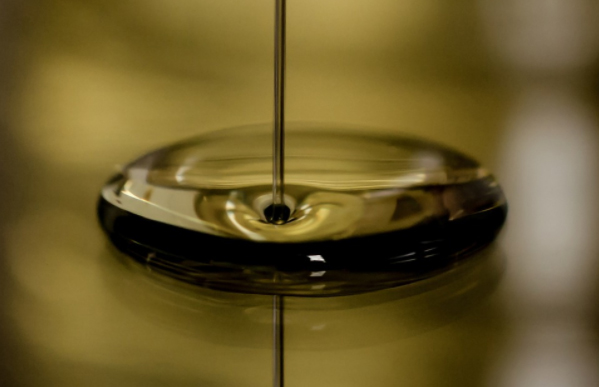 The field of cannabis is so vast that often we tend to overlook some of the possibilities it offers. Such is the case of hemp and its many variants. While its fibres have been used both in the textile and the paper industry from time immemorial, it is only now that researchers are beginning to focus on its high nutritional and medicinal value.

Contrary to cannabis, hemp is low in the plant's psychoactive substance THC, but is as rich - even richer depending on the strain - in CBD, a phytocannabinoid that delivers significant health benefits. Thus, while the world learned about cannabidiol's effectiveness in the treatment of various diseases, experts started to consider hemp for uses other than the production of cellulose or yarn.

Exhibiting painkilling, neuroprotective and neurogenic properties, CBD can prove useful for treating antibiotic-resistant infections and diseases such as arthritis, epilepsy, schizophrenia and cancer. As a result, the industry has spent years trying to figure out a way to encapsulate those properties into a product, everything suggesting that hemp oil is what they were so eagerly looking for.

The product's high medical and nutritional value has prompted several companies to embark on large-scale production. SanSal Wellness, for instance, a company based in Pueblo, Colorado, owns over 200,000 plants that produce an annual crop of no less than 200,000 kilos of outdoor-grown hemp. Complementing this is a nearly 3,000 square metre network of greenhouses were 2,000 kilos of indoor-grown hemp are harvested every month, all of which is used for the production of cannabinoid-rich oil.

And it doesn't end here. SanSal Wellness engages in hemp research to ensure a wider cannabinoid spectrum and uses natural and sustainable practices that preserve the quality of the product.

Spain is another country that has shown an interest in hemp oil, with increasingly more growers opting for the production of industrial hemp. Still, this is a product we need to get to know a bit better, otherwise the wide range of cannabis-based oils available on the market alone could lead to confusion about their properties and have us wondering which products are really hemp oil and which ones do contain CBD.

Differences between hemp and CBD oil

Hemp oil is the oil obtained by pressing the hemp seeds. In this case, the cannabidiol - and THC- content is virtually non-existent, but this doesn't mean the product is less valuable, actually it is considered a superfood.

In 2014, the Journal of Agricultural and Food Chemistry published a study by the University of Seville indicating the health benefits of hemp seeds, which are partly attributable to the antioxidant properties and the cardioprotective effect of some of their compounds, among which fatty oils such as omega-3 and omega-6, phenols, fatty alcohols and sterols. Further, the results also suggested that hemp oil could prove useful for the prevention and treatment of fibromyalgia.

But its applications reach far beyond nutrition, as hemp oil can also be used as biofuel. At least this is the principle used by Dell executive Bruce Dietzin for his recent creation of a car that works on hemp oil. His feat is a tribute to Henry Ford, who in 1941 developed the first motor vehicle with the same characteristics, an invention that unfortunately never saw the light of day. Similarly, hemp oil is often used as a petroleum substitute for the production of natural, biodegradable plastic.

CBD oil, in turn, is particularly valuable for the pharmaceutical industry. Contrary to the oil made from seeds, CBD oil is obtained from the flowers of the plant through a number of methods including the use of CO2 and liquid and gaseous solvents.

One good thing about CBD-rich hemp oil is that it allows to avoid the negative aspects that come with smoking, vaping, consuming the flowers or growing the cannabis plant - which are often punishable by law - while making the most of its positive aspects. To name just a few, it can be used as an anticonvulsant both in children and adults suffering from neurological or neurodegenerative disorders and is recommended for anxiety and depression relief.

And the results are not limited to oral administration, as topical CBD-rich hemp oil works wonderfully too. Besides being a powerful anti-inflammatory, it is recommended by experts as an effective way to treat skin diseases such as psoriasis and dermatitis. And to top it off, any grower can produce it easily in the comfort of their home.

The situation in Europe and in Spain

Industrial hemp is legal to grow in the European Union. In fact, all countries wishing to join the EU where hemp plants are not legal to grow are required to make an exception and adapt their local legislation, a measure adopted as early as in the 90's by most Member states that hadn't legalised hemp cultivation yet. A UE regulation establishes the maximum THC amount allowed in hemp fields and relies on Member states for enforcement, while solvent gas chromatography is the accepted method for the estimation of tetrahydrocannabinol.

As for Spain, hemp can be grown legally since 1999. As established by the Royal Decree 1729/1999, 25 different industrial hemp strains can be grown for fibre, among which Beniko, Bialobrzeskie and Delta 405. At present, hemp growth is subsidised by the European Union, representing an interesting business opportunity for emerging companies - as long as the THC content does not exceed 0.2%, in which case the plants would classify as cannabis and would be illegal to grow.

By regions, Cataluña is Spain's largest hemp-growing area - mostly for paper - closely followed by Valencia, Andalusia, Aragon and Navarre, where the harvested fibres are thicker and are primarily used for making sacks, ropes and espadrilles.

CBD-rich hemp oil is gaining popularity in Spain, to the point that it has been christened as the new 'golden liquid' both for its trading price and for its therapeutic value. That said, there is still a long way to go in terms of production.

The hemp industry in Spain is not as sophisticated as in other European countries such as Germany, France and Austria, and as a result the derived products do not meet with sufficient approval yet. The good news is that increasingly more people are giving them a try and are starting to enjoy their many benefits.