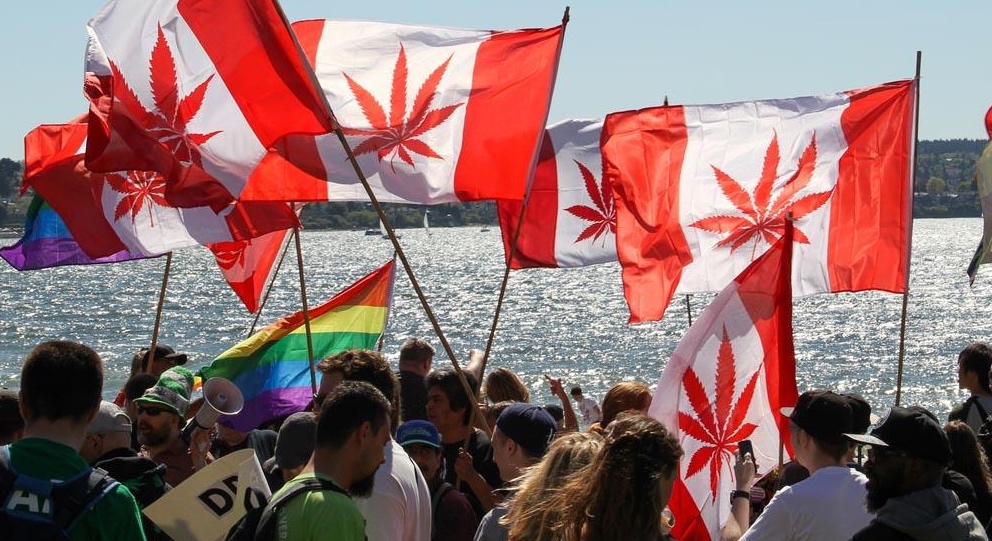 Liberal Justin Trudeau, one of the highest rated politicians worldwide, undertook to legalise recreational marijuana when he was running for Canadian presidency in 2015, and shortly after taking office, he plunged into a legislative project to make good on his promise. If everything goes according to plan, legal recreational marijuana could be closer than ever.

Trudeau's government intends to pass and introduce the new law within 1 July 2018, coinciding with the anniversary of the founding of Canada. With Uruguay standing out as the only country to have fully legalised production and sale of recreational cannabis nationally, the situation in Canada is being followed with great interest beyond the country's borders, as if the bill is finally enacted, Canada would emerge as the first G7 member to adopt similar legislation - recreational cannabis is legal in eight US states and the District of Columbia.

Canada has been a pioneer in the green industry for some time now - it was the first country to set up a government scheme regulating the medical use of cannabis - but still Trudeau has to overcome some major challenges before the law, expected this summer but no stranger to delays, can finally be enacted. Here are its provisions and the steps that need to be taken to make it a reality.

The foundations of the regulatory process

In 2016, a government-appointed task force assembled for consulting on issues pertaining cannabis legalisation in the framework of provincial, territorial and municipal governments, as well as other organisations. The result was a report entitled A Framework for the Legalisation and Regulation of Cannabis in Canada, which includes 80 recommendations.

Following these guidelines and drawing inspiration from the laws passed in Colorado and Washington - the two US states where recreational cannabis was legalised first - last spring the Canadian government submitted the Cannabis bill or Bill C-45, aimed at establishing a regulatory framework on the production, distribution, sale and possession of cannabis in Canada.

The bill restricts access to cannabis to over 18s, although provinces and territories may set a higher age limit. Also, producers will need to be federally licensed, although no details are provided on how to obtain them. 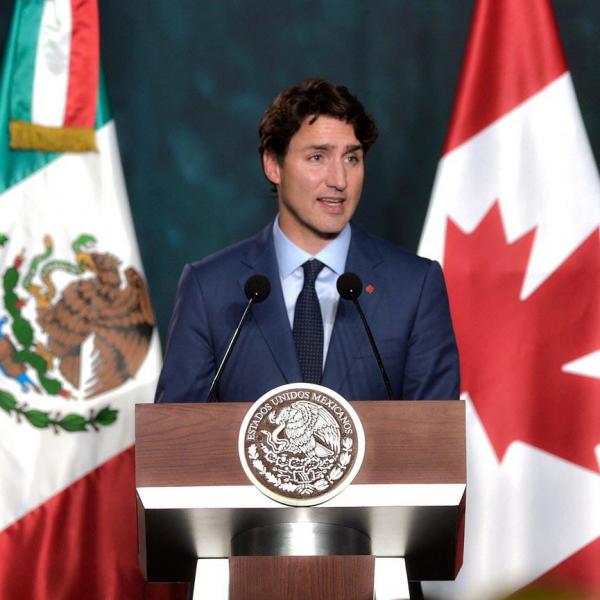 Likewise, provinces and territories will be responsible for developing a system to oversee distribution and sale in collaboration with municipal governments, meaning that both consumers and federally licensed producers will have to abide also by regional standards.

In short, Canadians will be able to buy dry cannabis, seeds and plants only from a provincially or territorially regulated retailer or, failing this, online from a federally licensed producer.

The bill also provides for home cultivation and public possession, but with some restrictions: adults may grow up to four plants per residence and possess up to 30 grams in public. As for the timing, the bill expresses the cabinet's intention to implement the measures in July 2018 at the latest.

The legislative procedures set the agenda

With the Liberal Party holding a majority in the House of Commons, the bill was given the green light last November just as expected, with 200 votes in favour and 80 against.

That said, Trudeau had to introduce some amendments, including his initial plan to restrict the height of home plants, which will no longer apply, and the enactment of a specific law on cannabis edibles a year after C-45 takes effect.

Currently, the bill is before the Senate for review. As a rule, the role of the Canadian Upper House is limited to endorsing legislation, but one can never predict the decision of senators, especially considering that since Trudeau took office liberal senators are no longer subject party discipline.

Besides a political deadlock, the postponement of the deadline set by the cabinet is another possible scenario, and according to some senators, the most probable one. Independent senator André Pratte declared last year that July 2018 is a 'political limit'. And just days ago, conservative Claude Carignan, critical of the regulation, said: "I think we have to do our work properly, and that means months." Meanwhile, independent senator Tony Dean, a supporter of the bill, said the target date is achievable bud delays are also possible.

As it is, and despite months of review and dozens of consultations with experts, the Senate apparently needs more time. So with some senators pointing to the 'unconstitutional' principles of the bill and with others claiming it is 'full of holes', a full legislative review that could drag out until December would come as no surprise. 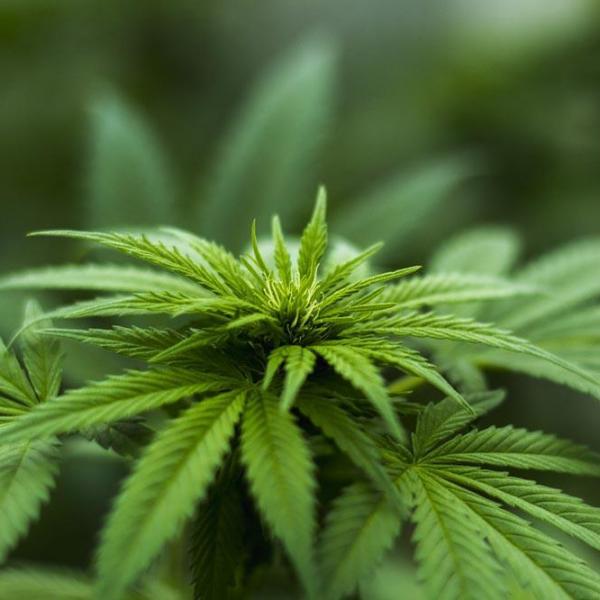 In any case, even if the Senate does pass the law, not all Canadians will benefit from its provisions, as provinces and territories are granted broad powers.

In fact, some provinces have already adopted their own regulatory frameworks closing some of the doors opened by C-45. In Ontario, Quebec and New Brunswick, for instance, cannabis sales will be run by provincial government-owned entities, while Manitoba and Alberta will license private retailers. Also, in Ontario, home to the country's capital, access to cannabis will be restricted to over 19s, and growing at home for personal use will not be allowed in Quebec.

Canadian companies set out to conquer the world

With the valuation of industry giants going through the roof in view of the expectations raised by the legalisation promises, the companies operating in the Canadian cannabis industry can't wait for the law to be approved, as this would allow them into the recreational business.

The stock valuation of Aurora Cannabis, one of the country's largest listed medical cannabis producers, has increased fivefold in the last twelve months, and only a few days ago, the firm acquired CanniMed Therapeutics, another industry giant in the country, in a C$1.23 billion (€800 million) deal that has resulted in a true cannabis empire: following the merger, its market cap rocketed to C$6.8 billion (€4.42 billion). 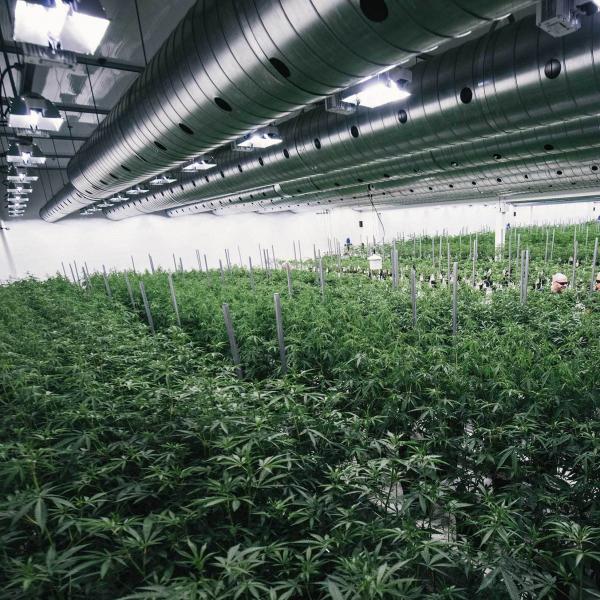 In this frenzy of entrepreneurial activity, Canada's industry leaders have set their eyes also on the international market. Aurora Cannabis has branches in countries including the US, Germany and Australia, and Tilray has just obtained the necessary licenses to sell Portugal-grown cannabis in Europe.

Canopy Growth, in turn, another Canadian giant with a presence in Germany, Spain, Australia and Denmark, has just bid for Spanish Alcaliber. The company owned by Juan Abelló is valued at about €200-€300 million, is the world leader in the production of morphine and is among the few that have been licensed by the Spanish Medicines Agency for the cultivation, production and sale of medical cannabis.

So if everything goes according to Justin Trudeau's plan and recreational cannabis gets legalised within a few months, Canada will be in a perfect position to become a green paradise for consumers and companies alike, to the point of even expanding beyond its borders.