Origins of marijuana in Mexico

It may seem as if cannabis has always existed in Mexico, but the truth is that it actually originated from Asia, specifically from the Himalayas, and then spread to practically every corner of the planet. In the case of Mexico, it was the Spanish that introduced cannabis in the country with the arrival of Christopher Columbus. Cannabis arrived on the ships that came from the Iberian Peninsula, where its use was the legacy of the Moorish invasion. Even after the Reconquest and the Inquisition, cannabis continued being used in Spain both for the manufacturing of textiles and for medical use. This is how the cannabis plant entered Mexico, on the Spanish galleons that carried its seeds with the aim of producing textiles in the 'New World'.

Hernán Cortés was the first to import cannabis, and this is how the Mexican indigenous people learned to grow hemp, which quickly led to the development of cannabis farming in the Mexican territory. At the same time, some also started consuming marijuana: before the arrival of the invaders, the local inhabitants had already developed a culture of using psychoactive plants and roots such as fungi, peyote, toloatzin, picietl or yetl, also known as Nicotiana rustica (Aztec tobacco).

So the arrival of this new plant was welcomed with open arms, and cannabis quickly started being used both recreationally and medicinally, as well as in religious rituals. Over time, the medical use of cannabis became more and more popular in Mexico: in the 16th century it was used as a treatment for gonorrhoea, to regulate the menstrual cycle and also to alleviate muscle pain and toothache.

Moreover, there are documents that detail the use of cannabis in Mexican spiritual rituals. A story written by Guillermo Prieto in 1857, for instance, describes a ritual by an indigenous community in San Juan del Río (Querétaro), which consisted of smoking marijuana to go into a trance-like state in order to find out whether a marriage between two young people should or shouldn't take place.

Cannabis use became so popular in Mexico that at the beginning of the 20th century it was already pretty common amongst the locals. In fact, during the Mexican Revolution, which started in 1910, cannabis use became a true symbol through the famous song 'La Cucaracha' which has now become part of Mexican culture. Its neighbouring country didn't like this culture of cannabis use one little bit. In fact, the name 'marijuana', which was coined in this region, became the stigmatised symbol of the US ban. We'll explain why below.

At the start of the century, Mexican people started to move to the United States to work as cheap labour, and took with them the habit of smoking cannabis. This in turn started to cause some socio-economic tension that became aggravated by the arrival of the Great Depression in 1929. This is why, when Harry J. Anslinger (first commissioner of the US Federal Bureau of Narcotics) launched his campaign to criminalise cannabis use, the demonisation of Mexican emigrants and the word 'marijuana' were key to his success.

The idea was to promote prohibitionist laws by associating cannabis consumption with criminal activity. This campaign quickly gathered momentum and was followed by the first prohibitionist law in the state of California in 1913. Other states followed suit and joined this cannabis outlaw fever, just as would happen in reverse many decades later. Pressurised by the US Government and its legal framework, Mexico also banned cannabis in 1920, specifically its production, sale, and recreational use. Years later, in 1927, the Mexican government prohibited its exportation too. 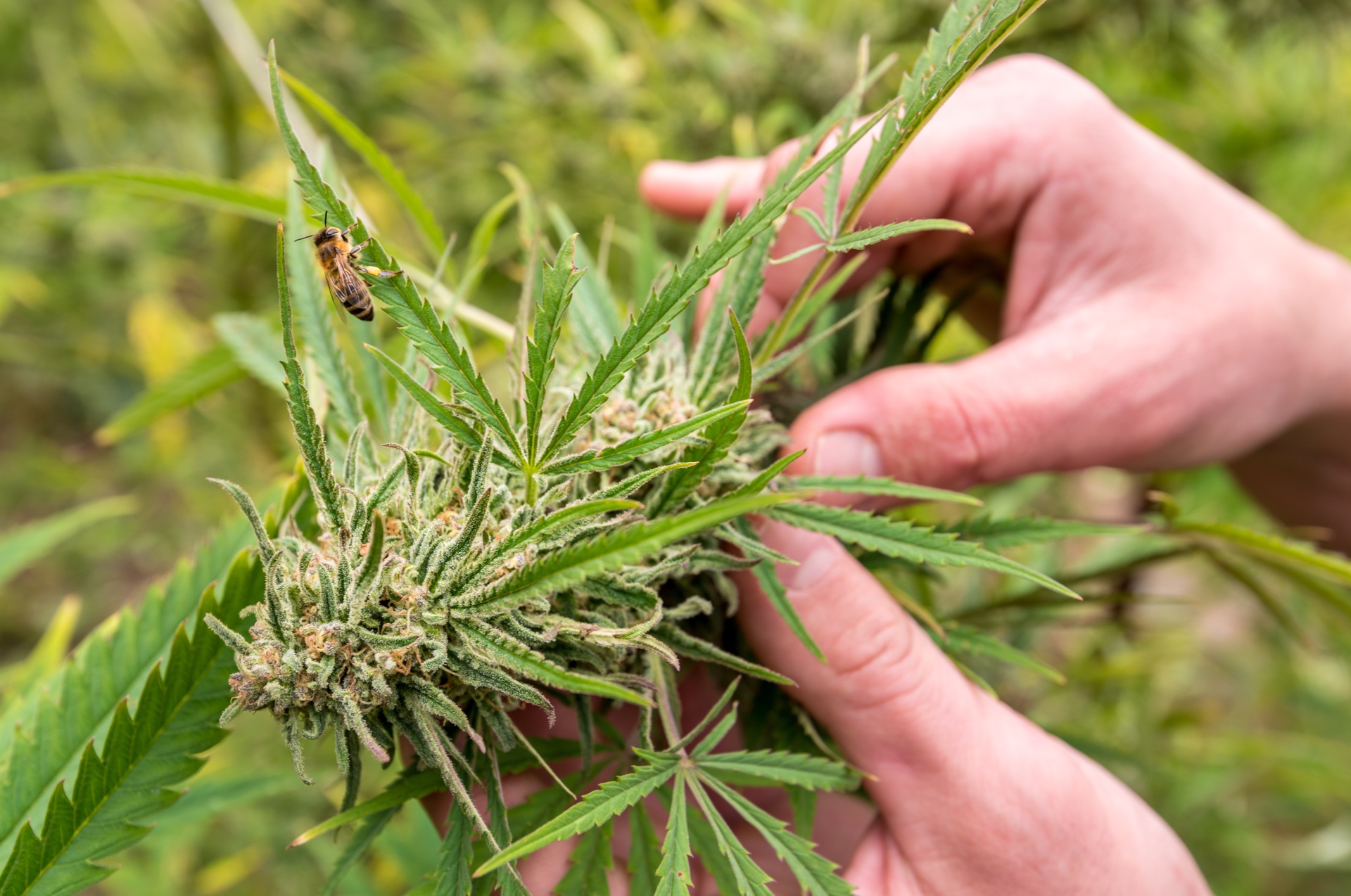 As we've already explained in other posts, cannabis became the flagship of the hippie movement in the '60s, both as a form of protest and as a way of 'opening the mind'. Despite the severe US prohibitionist policies, marijuana use quickly spread amongst the young Americans. They smoked cannabis mainly from Mexico and Colombia, particularly Mexican Landraces that were relatively early sativas in comparison to their Colombian or Thai counterparts, and that had been named according to the region where they'd been grown: Chiapan, Guerreran, Nayarit, Michoacan, Oaxacan, and Sinoalan. Tall plants that produced elongated buds with a totally cerebral and highly psychoactive effect that completely captivated the hippies of the time.

Even though the two countries had signed the Single Convention on Narcotic Drugs in 1961, there was tension between them for most of the decade: the USA, under the mandate of President Lyndon B. Johnson, held the Mexican government (controlled by Gustavo Díaz Ordaz) directly responsible for permitting the exportation of all types of drugs, including cannabis, to their neighbouring country. This boom in consumption amongst the young Americans led to a tightening of border control measures by the next president, Richard Nixon, who in 1969 enforced the 'Operation Intercept', which was nothing but a recording with a maximum duration of 3 minutes of all the cars that crossed the border from Mexico to the US. This caused several protests by the outraged Mexican people. Little they knew that this was only the beginning, as two years later Nixon proclaimed the so-called 'war on drugs', and declared that his objective was to end with the 'US Enemy Number One'. From that moment on, the American efforts to stop the Mexican buds from entering their territory were strengthened, and in 1978 the DEA (Drug Enforcement Administration) started destroying fields of cannabis by spraying them with paraquat from light aircraft.

Furthermore, cannabis cultivation, which had traditionally been a farmers' activity, suddenly became an operation controlled by the Mexican cartels, which had initially been created with the benefits from 'mota' trafficking. The western Sierra Madre mountains became the epicentre of cannabis growing, and the whole area (that covered the states of Chihuahua, Durango and Sinaloa) was nicknamed 'The Golden Triangle'.

The 1980s: the first Mexican drug-trafficking trade union is born

Nonetheless, the prohibitionist measures adopted by the American government didn't stop cannabis from entering the country. In fact, drug trafficking greatly increased during the '80s, when an organisation that would change the history of the country forever was born: the Guadalajara cartel. Up until then, the production and distribution of both cannabis and opium was in the hands of several bands controlled by local bosses. Miguel Ángel Félix Gallardo (aka 'the boss of bosses') managed to muster them all together, thereby moving the goalposts and gaining strength in numbers, which led to an increase in their ability to produce and provide cannabis to the States. This cartel would later become a mediator between Colombian dealers and the US, as well as the cocaine gateway into the country.

The emergence of this organisation didn't go unnoticed by the Federal Security Directorate, the Mexican intelligence agency responsible for reporting to the CIA. After learning that they were being watched by the Americans, Rafael Caro Quintero (Gallardo's right-hand man) ordered the kidnapping of Kiki Camarena, a DEA agent that was part of the investigation, who was tortured to death. Camarena's murder was the beginning of the cartel's end, and the start of an era of violence and terror that is still going on today. A wave of violence that revolves around the control of the territory and that has so far claimed thousands of lives. 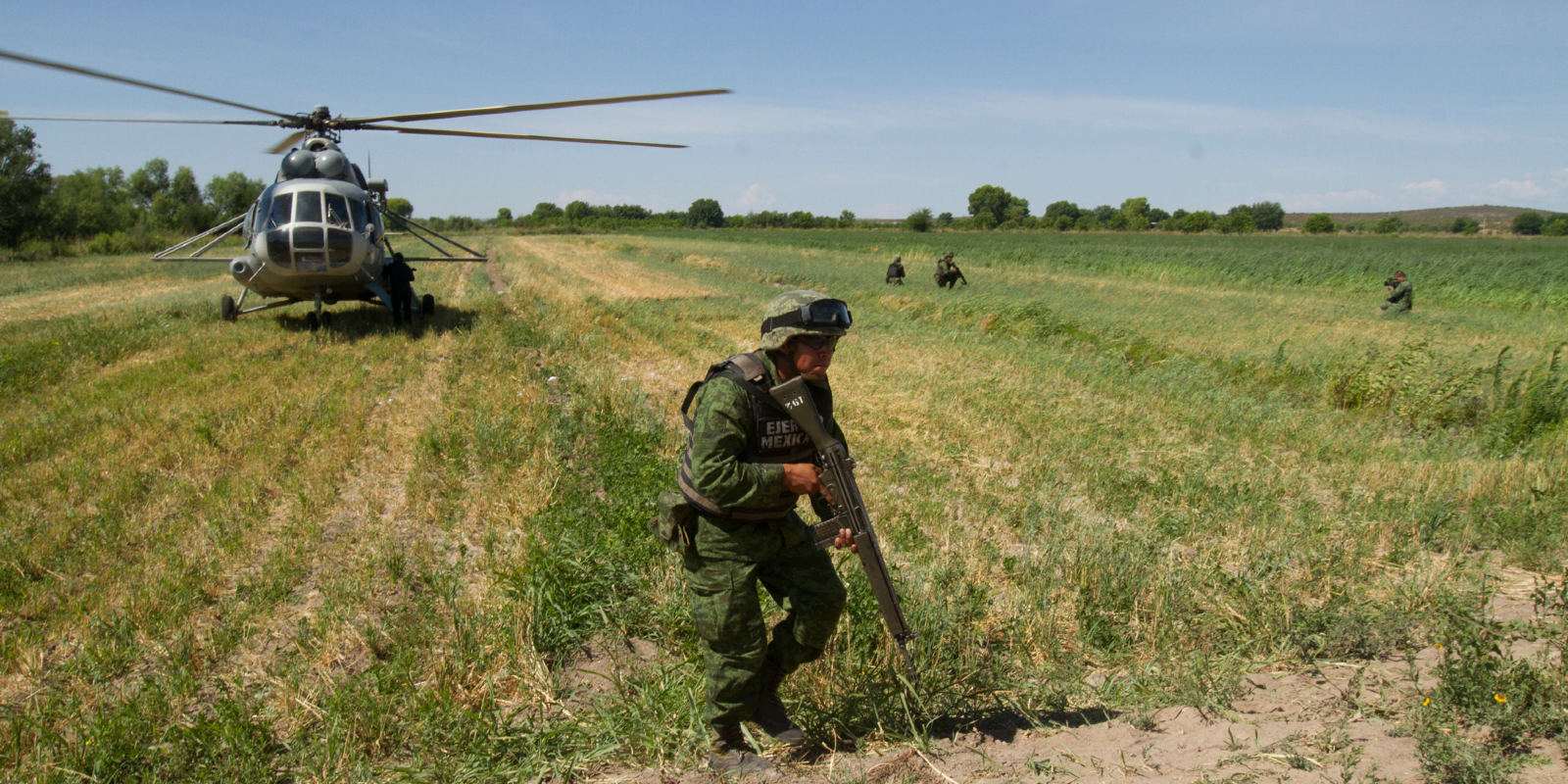 As can be seen, the prohibitionist policies surrounding drugs, and particularly cannabis, haven't managed to lower their usage, but have had rather the opposite effect.

In the last two decades, the war against drug trafficking has increased the tension in the country, and there's even been an emergence of self-defence groups, which are groups of armed civilians that fight the cartels of their own accord. The situation has become so unsustainable that several politicians and senior public officials have started to consider that perhaps the legal framework that was once created for cannabis isn't the best thing any longer. One of these leading figures is former president Vicente Fox, who fiercely supported the war on drugs during his mandate (2000-2006), and years later publicly declared that he was in favour of legalisation as a way of financially weakening the cartels. His successor to the presidency, Calderón, decriminalised the possession of cannabis for personal use in 2009, and cannabis was approved for medical and scientific use in 2017. And currently the legalisation of its recreational use is on the table.

Therefore, and in order to understand this paradigm shift, three essential factors need to be taken into consideration. The first factor is the socio-political situation derived from the so-called 'guerra del narco' (i.e. drug war). The second factor that has led to these advancements is the regulatory wave that has taken place in most of the United States. And lastly, the case of a Mexican girl, Graciela Elizalde, who was authorised by a judge to use medical cannabis as a treatment for epilepsy, and which ultimately led to the approval of the 2017 bill. This was a landmark ruling that defined a before and an after, and which has opened the road to legalisation, something that many Mexicans have been waiting for for a really long time.