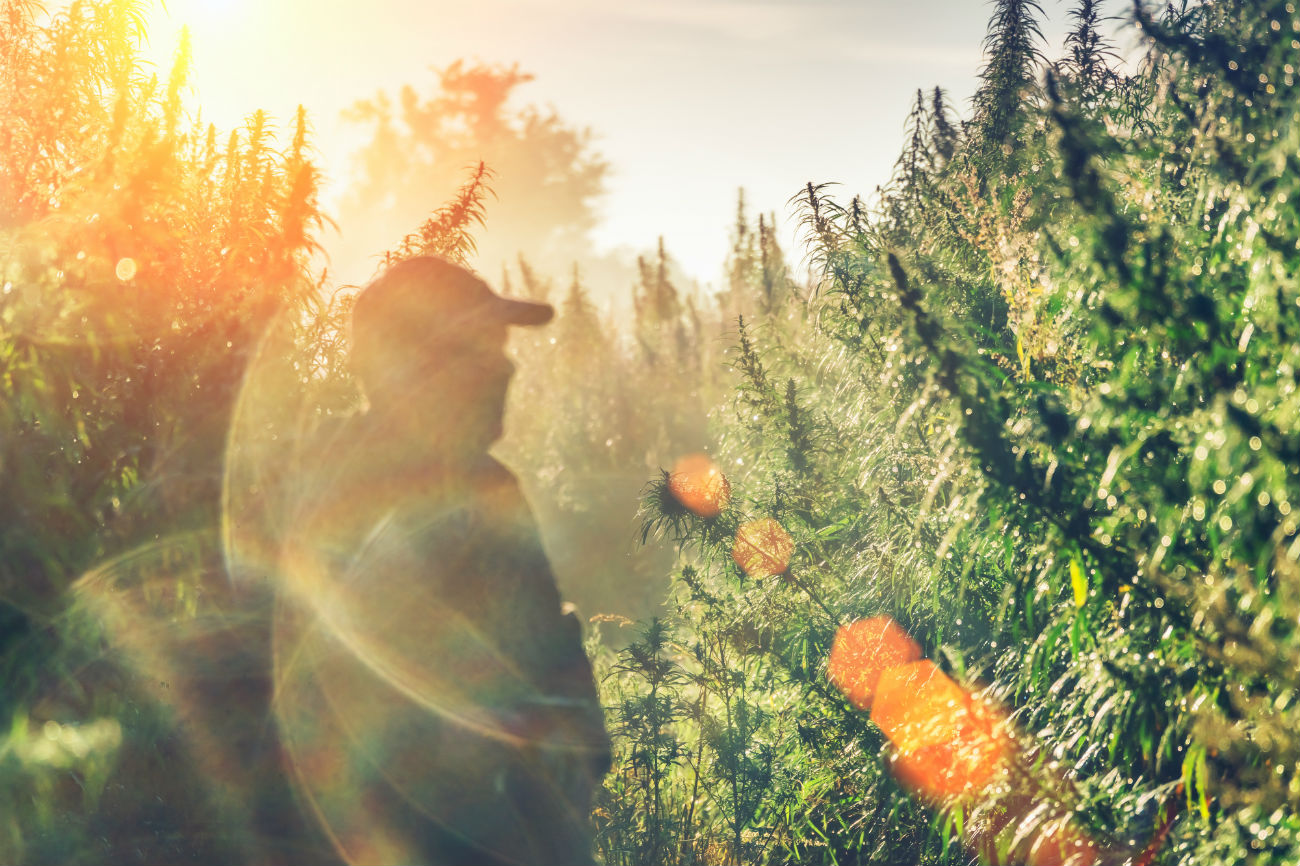 Even if hybrids were first created in the United States, they became globally popular in the Netherlands, the country that facilitated their expansion into the global market. Holland saw the flourishing of the cannabis industry as we know it today, and it was there that hybrids like Big Bud, Skunk and Haze were developed during the '80 and '90, becoming central tools for the creation of strains such as Jack Herer, Critical + and Original Amnesia.

The reason why breeders at that time managed to develop and stabilise cannabis hybrids to such extent cannot be understand without considering the unique legal framework that applied to the Netherlands back then. In 1970, when the American troops were withdrawn from Vietnam, Chinese heroin dealers started to look for alternative markets, and Amsterdam, a city known for its liberalism and for the Chinatown neighbourhood, looked like the perfect place to do business. Thus, as Chinese immigrants flowed in drug-laden suitcases in hand, Zeedijk became the world capital of heroin. 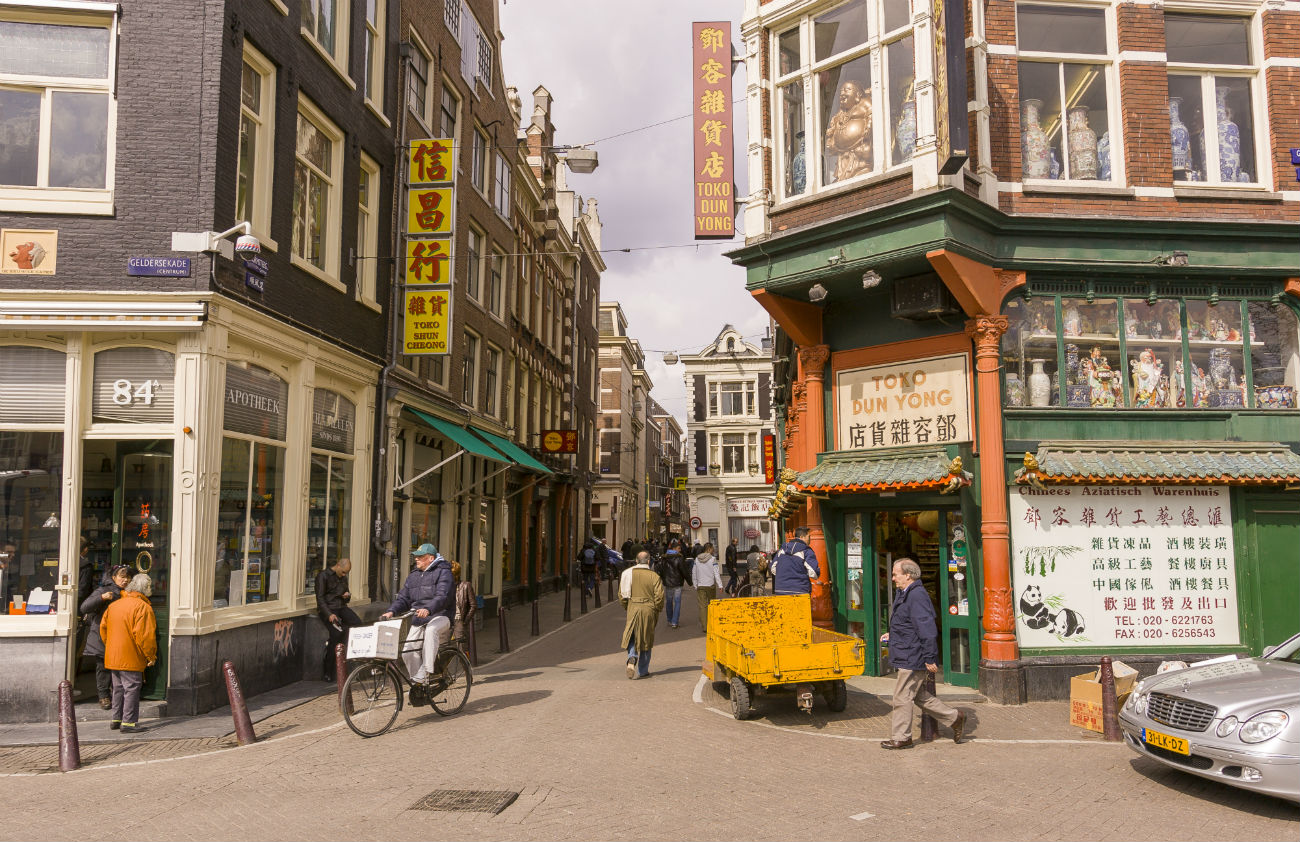 Cheap, poor quality drug swamped the streets of Amsterdam, sweeping through the young population as a pandemic. Concerned that the so called "horse" was seriously damaging public health, the Government decided it was the right time to review the drug policy, particularly after the report "Touwtrekken om hennep" (1972) concluded that the responsible use of cannabis was possible and comparable to the use of alcohol and tobacco.

The law had remained untouched since 1928 and needed revising. This gave way to the so-called "tolerance policy" that resulted in the Opium Act, which decriminalised cannabis in 1976, making the Netherlands the first country in the world to take such a step.

This new regulation made a clear distinction between "hard drugs" - highly addictive substances that cause serious health problems such as heroin - and the so-called "soft drugs" - less harmful and not as addictive substances such as cannabis. The message was clear: it was better for young people to smoke a joint than to inject heroin. Also, thanks to decriminalisation, police forces would be able to focus entirely on the fight against hard drugs.

The Opium Act decriminalised cannabis in 1976, making the Netherlands the first country in the world to take such a step

This new legal framework saw the emergence of the so-called coffee shops. In the first years of operation, these establishments dispensed mostly imported hash, as well as some cannabis shipped in from Indonesia and other exotic countries. The quality, however, was highly variable and it was not unusual to find overly dry buds containing seeds. And while the Netherlands had some cannabis plantations already, it was mainly late-flowering sativas, which reached maturity too late for the cold Dutch climate. A few visionaries, however, realised the potential of the plant, changing the world of cannabis forever.

Wernard Bruining and his friends were impatient enough to open Amsterdam's first coffee shop before the reform of the Opium Act. Located in an abandoned bakery, this underground establishment was inaugurated in 1973 under the name Mellow Yellow and soon became a source of inspiration for people like Maarteen and Henk de Vries, who later on opened the Rusland and the Bulldog, respectively.

Despite he was advised against it, Bruining started selling imported cannabis shipped in from Indonesia, which cost him 800 florins per kilo (about 360 euros). And even if seeds accounted for 30 per cent of the total weight, the effect was strong and became highly popular.

When in 1978 the Mellow Yellow went on fire, Wernard Bruining decided to take some time off and travelled to the United States. There, he would make one of the main discoveries of his career: sinsemilla cannabis.

Such finding transformed his vision of cannabis and cannabis growing, to the point that when he tried the fat sinsemilla buds American growers produced with their own strains - indica and sativa hybrids - there was no coming back. And it was not just about the genetics, also the growing methods were ground-breaking. From the use of fertilizers and the disposal of males to the carefully trimmed buds that were preserved in vacuum-sealed plastic bags, it was clear to him that the concept had to be brought to Holland.

Bruining met a lot of growers along the way and became friends with one of them: Old Ed. The quality of the grass he produced was so high that Bruining became determined to import it to his homeland, a decision that proved to be a real game changer as sinsemilla cannabis was something never before seen Europe.

At first, the cannabis was sourced from the US - at $5,000 per kilo - and brought to Holland in suitcases, selling for $8,000 per kilo in coffee shops in Amsterdam. The quality and the potency of American sinsemilla grass established a new standard, and it appeared evident to Bruining that it was time to produce it at home. With this idea in mind, in 1980 he persuaded Old Ed to move to the Netherlands and shared his home with him for five years. Together, they founded the Green Team, which some years later was joined by other growers and breeders that shared the same passion for the plant.

Together, they built a small greenhouse in Bruining 's backyard and, as well as teaching them how to grow organic sinsemilla cannabis, Old Ed contributed his seeds, American hybrids that were able to ripen properly in the Dutch climate. That same year, they sold their first kilo of Dutch sinsemilla cannabis to the coffee shop Bulldog for the equivalent of €7,000 today.

Another Dutchman that played an instrumental role in the revolution of hybrids was Ben Dronkers. In the late '60s, he got a job in the merchant vessels that departed from his home city of Rotterdam, and it was during these travels that he got familiar with the cannabis plant, collecting seeds from the genetics he found most interesting while accumulating knowledge from local Pakistani, Afghani and Turkish growers, among others. Years later, in the '80s, he went back home to the Netherlands with his collection of seeds from Central Asia, South-East Asia and the Indian subcontinent under his arm and started experimenting with them.

As Dronkers himself explained in an interview a few years on, he started out with the sativa strains that where available in the Netherlands, which he grew indoors with rather poor results. But as soon as he introduced the first indicas from his collection, everything changed. The breeding of these new hybrids proved to be a turning point that finally allowed him to produce quality crops.

Selling this new product to the coffee shops was no easy task, though. The public was used to the imported hash and cannabis that came dry and pressed, and made fun of Dronkers' green buds by calling them "spinach". But his persistence and the overwhelming potency of the product finally paid off - the "spinach" was not new to American tourists, who started to request it transforming the Dutch cannabis market forever.

The foundations of the new cannabis industry had been laid, and when American breeders like Sam The Skunkman brought their potent hybrids to Netherlands in the mid-'80s, the founding of seed banks looked like the next logical step. Cultivator's Choice, The Seed Bank, Sensi Seeds..., the dawn of the industry as we know it today. All this and more we will explore in the next chapter. Don't miss it!