Every time a new law allowing the medical or recreational use of marijuana is approved, it is a cause for celebration. Activists take to the streets, smokers light up joints and smoke to freedom, and public opinion in favour of change is praised. But in many cases the rules are imperfect, saddled with flaws and defects that mean the legalisation is not quite what its staunchest defenders had imagined.

The United States, Canada and Uruguay are examples of nations where laws designed to decriminalise and regulate cannabis are not as flawless as they might seem. In the nation of the stars and stripes, in which some regions, such as Colorado and Oregon, have become global leaders in the field of cannabis legalisation, consumers, producers and dispensaries are still struggling with problems, for two reasons: clashes with federal law, and profitmaking off the green plant.

US federal law, which applies nationwide, continues to stipulate that the use, possession, cultivation and transportation of cannabis is illegal. In addition, it includes it as a Category I prohibited substance, equating it to extremely harmful products like heroin and cocaine. These guidelines clash with legislation approved by the states and, in theory, take precedence over regional regulations. That is, in a conflict between a federal law and a state law, federal law prevails. Still, the decision is not so simple, and these regions continue to enjoy relative tranquillity, existing in a kind of legal limbo, waiting for the feds to follow through on their tepid promises to reclassify the plant, and trusting that the Government will not decide to take action.

For the time being the DEA has not intervened on a large scale because, historically, when state law has contradicted federal law, the latter authorities have only responded in cases affecting national security or international politics.

Still, there have been episodes of tension and persecution. Since California legalised medical marijuana 20 years ago dispensaries have had a difficult relationship with the federal Government, which has seen several raids, which were especially virulent in 2011, and the destruction of plants, although, as a general rule, there were not arrests.

Moreover, as a result of this legal contradiction in Colorado an employee was fired after testing positive for cannabis at a test at work. The worker, a quadriplegic, consumed it outside working hours to combat the symptoms of his condition, a practice endorsed by state law. However, the company based its allegations on federal law, and the Colorado Supreme Court took the side of the company, which did not have to reinstate or compensate the employee.

Beyond this legal tension, which makes small producers, consumers and health clinics sometimes feel persecuted and neglected, we must also take into account the monetary factor. Legalisation is accompanied in many cases by states' desires to receive hefty tax revenues, so they often permit only large producers to operate.

These newcomers to the world of cannabis, lured by the jingle of money, can pay millions to obtain profitable licenses. Those who grow for personal use and small producers, meanwhile, see their plantations and their cannabis research continue to be persecuted by the system, despite their decades-long struggle for legalisation, which, in the end, has not ultimately been about freedom, but money, leaving them in the same position as before. 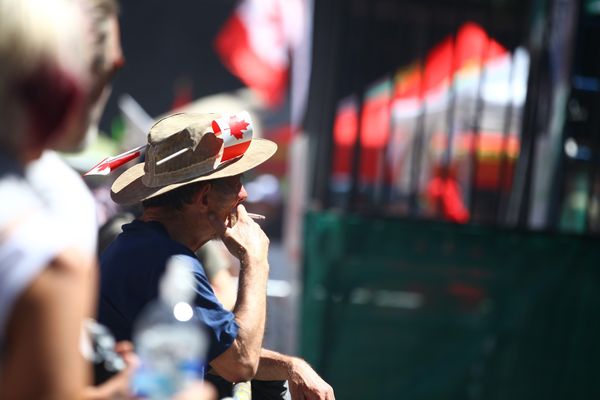 With complicated current legislation, Canada is waiting for the spring of 2017 and the adoption of a new law promised during the campaign of the Liberal Government, which pledged to address the plant's legalisation and legislation. Due to the high hopes generated by the new legislation, cities like Toronto and Vancouver have seen a large number of illegal dispensaries open. However, their activity is nothing new: for many years small farmers have sold medical marijuana to patients with prescriptions, even though, under the law, only licensed producers (once more, large companies with lots of money) are authorised to sell, and only by mail.

In recent months, alarmed by the proliferation of these facilities, the authorities have launched a series of raids and arrests, revealing what appears to be the stance taken under the new law: the production of marijuana will be legal, but only for large companies, and the focus will be primarily medical. If confirmed, this will mean another partial victory to be added to the list of those scored by activists for the plant, and they will have to continue fighting for more complete change.

Uruguay is another example. In 2013 the South American country became the first to totally legalise marijuana. However, the data shows that what the law authorised is yet to become a reality. Although personal cultivation is permitted and cannabis clubs can also grow the plant, the need to officially register deters small consumers, who feel that it is a way to point a finger at them. With only 2,000 names on the official list, the sense of unease was exacerbated when the new president, Tabaré Vázquez, suggested the idea of ​​using it to "rehabilitate them."

Sale in pharmacies, one of the project's most ambitious points under then-President José Mujica, intended as a way to lower prices and quell the black market, is also running into problems. Although, after much waiting, two companies have obtained licenses to produce it, only 50 pharmacies across the country have enrolled in the plan. According to the Executive they are sufficient for a pilot program, but if pharmacists continue to be reticent, this could pose a major obstacle to legal access to cannabis in the South American country.

In many cases the approval of marijuana-related laws marks only a partial victory, as the clout wielded by big business, and governments' desire to rake in revenues end up prevailing over the freedoms of small consumers. Despite great strides having been made, many activists continue the fight so that one day cannabis lovers can cultivate and enjoy it in a truly free way.