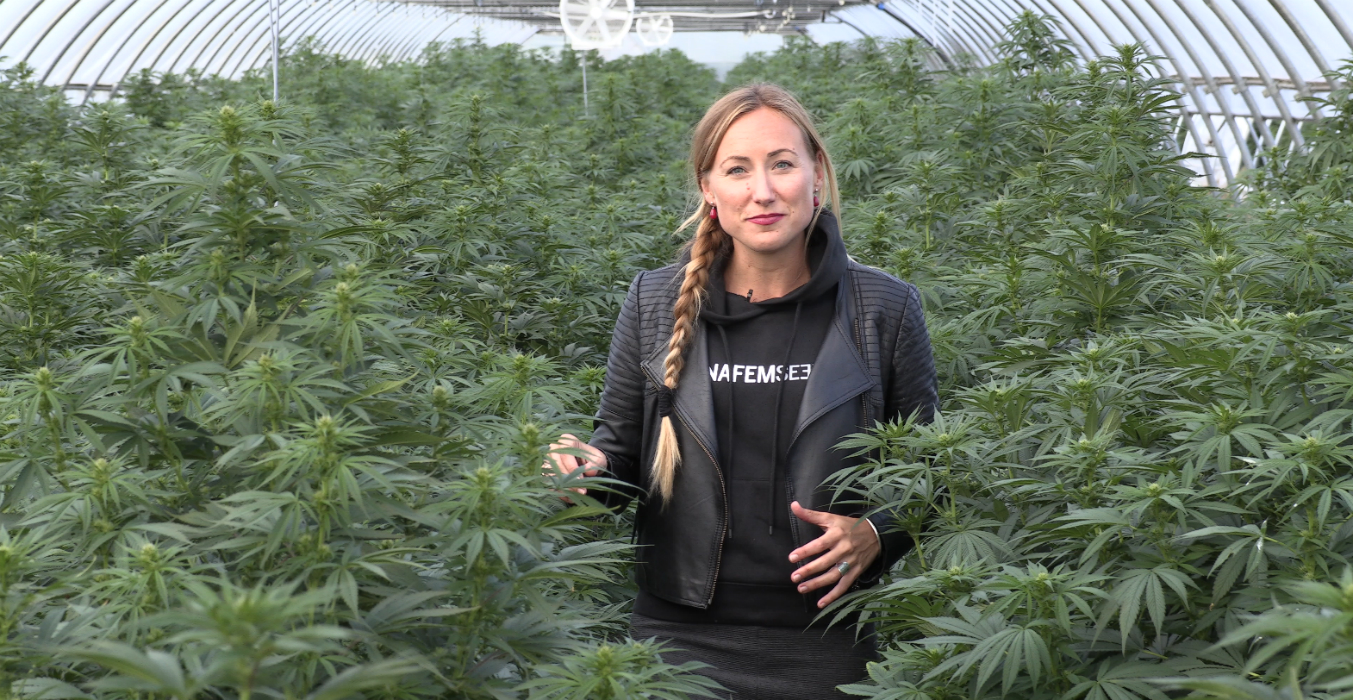 Accessing cannabis buds as easily as tobacco is possible in Switzerland, where walking into a tobacconist's and leaving with a bag full of marijuana buds is perfectly possible since 2011. Of course, it won't get you high as the THC content cannot exceed 1%, making for a virtually non-psychoactive weed, but in turn you will find plenty of strains rich in CBD, the non-psychoactive cannabinoid that has anti-inflammatory, anticonvulsant, neuroprotective and anti-stress action and that has fostered the legalization of THC-free cannabis.

As a result, CBD-rich strains are a peremptory in Switzerland, and among them stands out Dinafem's Dinamed CBD, which is grown on a large scale by Kanna Swiss for the production of buds, concentrates and hash, among others. In November 2017 alone, two tonnes of Dinamed CBD where harvested in the company's greenhouses located in Kölliken, confirming the numbers are never small when it comes to cannabis derivatives.

In fact, it takes 50 kg of buds to produce a single litre of CBD oil and no fewer than 10 kg of hemp to produce a kilo of hash. Kanna Swiss has been the first company worldwide to market CBD hash. "Anticipation is power, reaction is pain," says its founder Boris Blatnik.

In the light of these figures, and without knowing yet if legal CBD is here to stay, Blatnik stated he aims to become "a global player in the CBD market, with the capacity to produce great amounts of hemp for the European medical markets".

CBD, the cannabinoid that is fuelling the legalisation of cannabis

It's happened in Switzerland, but the CBD rush is proving to be a global phenomenon. The cannabinoid has already been removed from the World Anti-Doping Agency's Prohibited List, allowing professional athletes to use THC-free marijuana as of 2018, and the UN's World Health Organisation declared it a harmless substance in a report published in November 2017, where it also highlighted the therapeutic usefulness of the non-psychoactive molecule found in the Cannabis sativa plant. Thus, it seems save to say that more and more international organisations are removing cannabis from their prohibited lists - at least when it's THC free.