As cannabis is legalised in more and more places, health officials are increasingly warning about the potential hazards of certain pesticides. Such has been the case in California and Colorado, where there is a debate going on about which plant care products are acceptable and which are unacceptable - in places where cannabis growing is not allowed, pesticides and fungicides are used indiscriminately, affecting the environment, the water supplies and the health of users.

Spurred by legalisation, California has established laboratory testing for pesticides in all legal cannabis with a view to excluding the presence of any of the 66 pesticides included in the list of prohibited products of the Bureau of Cannabis Control. Still, one of the most daunting challenges facing growers is contamination produced by products sprayed in nearby crops, meaning that often not even organically grown plants comply with the standards - which are higher for cannabis than for other crops.

Cannabis as a catalyst for green ecology

In any case, the places where cannabis has been legalised are increasingly opting for products that are less harmful to health, and have identified chemical pesticides as a threat with potential risks regardless of the consumption method - combustion, vaporisation or topical application.

One of the most worrying aspects of using chemical pesticides in cannabis growing is the fact that studies on their effect and potential risks to consumers' health have so far focused only on edibles, meaning there's no evidence on the side effects of smoking cannabis that has been sprayed with hazardous products.

This concern has sparked debate in the whole U.S. farming sector, as experts say chemical pesticides remain the most widely used by growers. As a result, all agricultural products, including foodstuffs, may contain harmful chemical substances that may be putting consumers' health at risk. Such is the case of chemical herbicides such as glyphosate, the active ingredient in Monsanto/Bayer's Roundup, the world's best-selling herbicide -which was recently found in common food products and whose indiscriminate use has caused weeds to develop resistance. 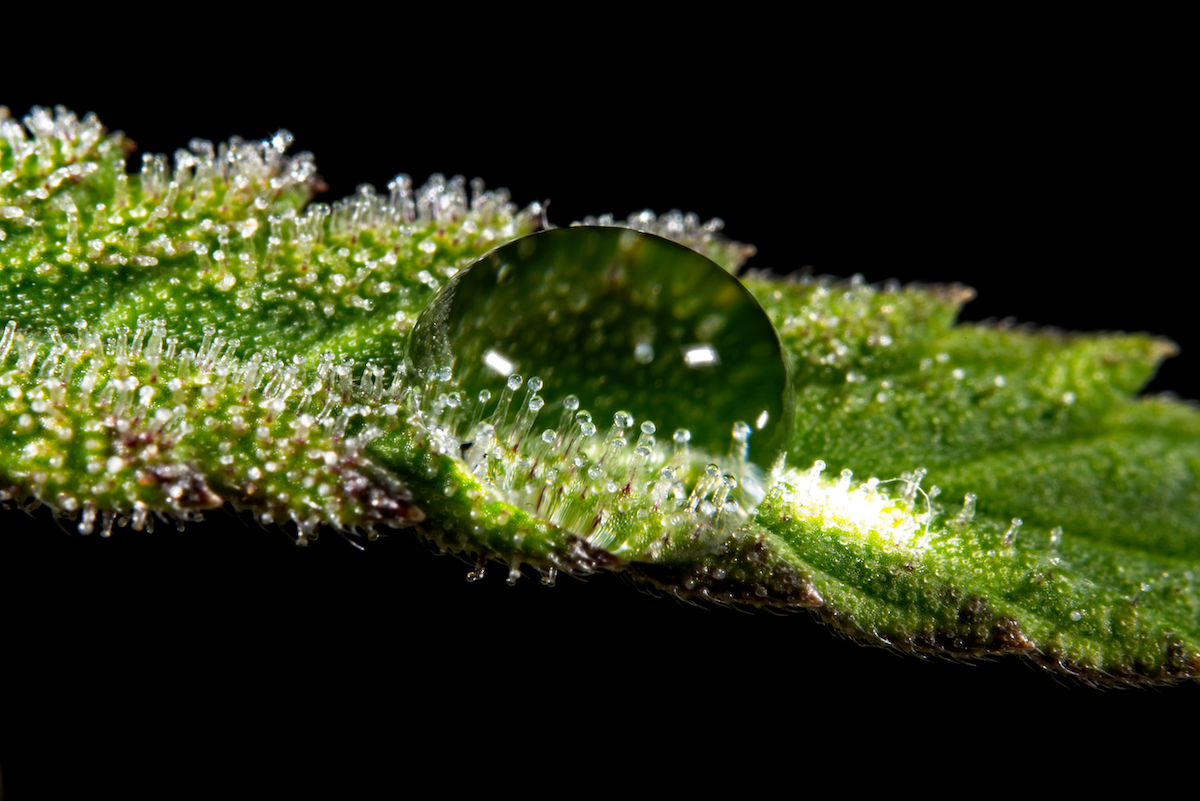 While there are no federal regulations specific to pesticides, states like California and Colorado have identified acceptable and unacceptable methods under their legislation. Safer methods include citric acid and sulphur, as well as numerous biopesticides which use living microorganisms and certain natural chemicals to fight pests in plants.

The effectiveness of biopesticides

In many cases, biopesticides have shown to work better than chemical pesticides, as they have multiple modes of action which increase their success rate without damaging populations that are not harmful to plants, such as bees. The more often a single mode of action is used, the greater the risk of pest resistance to that method. A further advantage of biopesticides is that they can be used simultaneously or to treat multiple pests. And as they contain carefully selected bacteria and natural minerals, they bring added value to cannabis that is used medically.

The more often a single mode of action is used, the greater the risk of pest resistance to that method.

The first biopesticide ever was marketed 70 years ago and is safe to the environment and to humans. Now scientific evidence has prompted the EPA to approve biopesticides despite the initial reluctance, so it seems safe to say that new products and innovations will keep coming out as the demand for cannabis 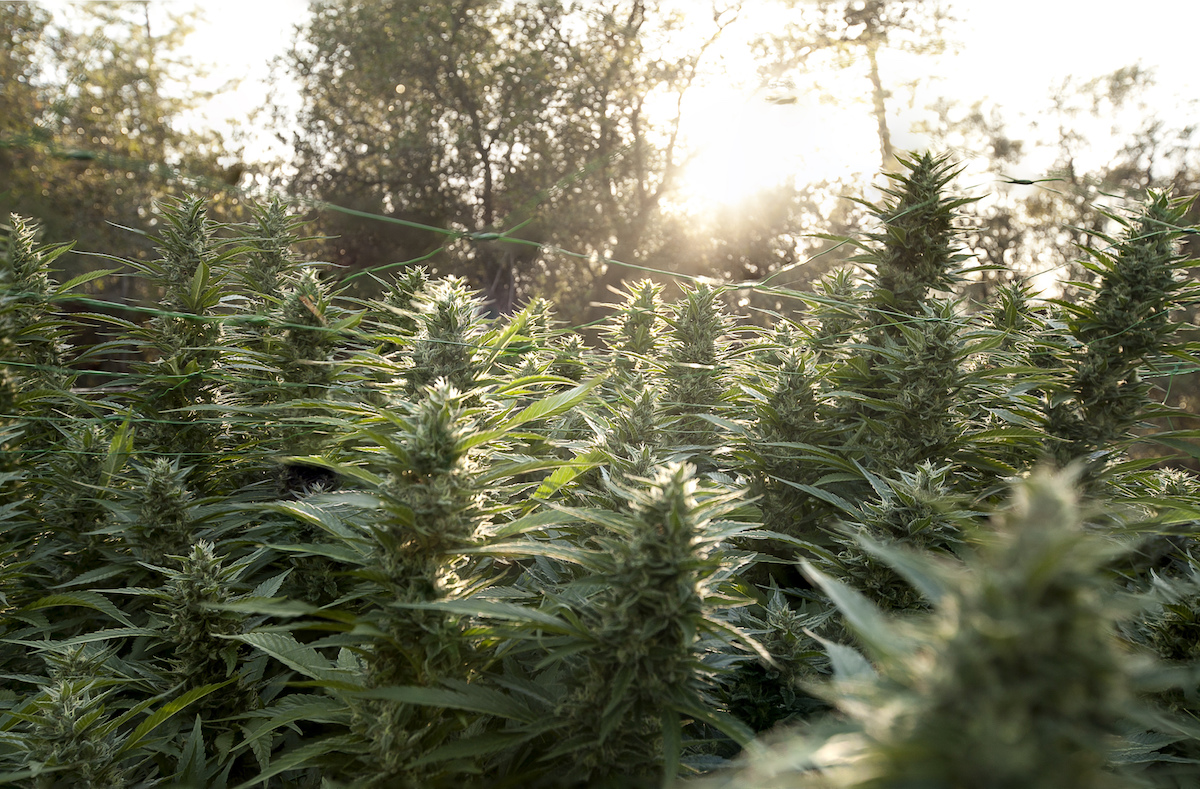 As a result, companies marketing these products will see a revenue increase that will allow them to strengthen their position in the market and to focus on research. Health officials, in turn, will become increasingly aware of the need to ensure the safest possible products for consumers, a process that will have a positive impact on other crops too, contributing to a more sustainable agriculture in the U.S and making it less harmful to health and to the environment.

Small producers that grow their own produce can also avoid the use of harmful chemical products. One common method is companion planting, which involves growing plants that are beneficial to cannabis in proximity of the crop. Companion plants protect cannabis from insects through multiple modes. Basil, for instance, repeals mosquitoes and aphids, while coriander is effective against aphids and mites.

Another effective companion plant is the tobacco plant, whose large, attractive leaves act as a natural bait against pests like aphids. Lured in by the plant's nicotine, which is poisonous to insects, aphids fall straight into the deadly trap, eventually dying.

Also useful is biological control, a method that uses beneficial insects to protect cannabis from pest species. Popular among growers, the insects are readily available in specialist shops. Of course, the method is not new - quite the opposite actually - and as most growers now, attracting ladybugs to your crop, will help in keeping aphids at bay. To do so, you just have to grow plants like dill and fennel, which are natural habitats of the red and black bugs.

There are a number of alternatives that allow small growers to avoid harmful chemicals, improving both the quality of the crop and the consumer experience.

Similarly, some of the microorganisms that live in the soil can also protect the plants and help them survive. These organisms are responsible for biological processes like the decomposition of organic matter, making nutrients available to plants. One of them is the predator nematode, a tiny organism that is present in the soil and attacks any possible enemy of the plants without damaging them. These include phytoparasitic nematodes, which feed on the roots.

Lastly, mycorrhizal fungi form symbiotic relationship with the plants that benefit both parties: the fungi make nutrients more easily available to the plants, feeding in turn on the sugars exuded by the roots.

In short, as regulation evolves, the pesticides that are respectful of human and plant health become increasingly widespread. Hopefully, the experience of California and Colorado will soon raise awareness on the need for a wiser use of these products, which can only be for the benefit of the cannabis quality.