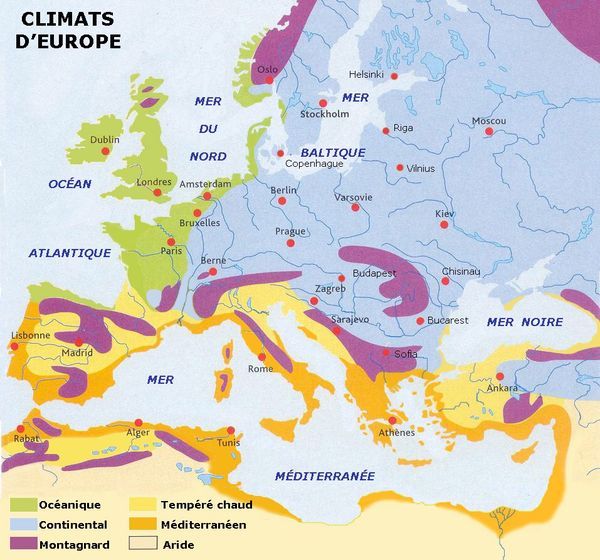 There are 4 main climate zones in Europe, each with its own particular characteristics, which we’ll now specify, giving you some useful advice about the best autoflowering marijuana strains to grow in each zone with a maximum chance of getting a great harvest.

The oceanic climate is the predominant climate type in nearly all regions close to the Atlantic Ocean:

This climate type features mild temperatures in winter and cool summers as well as high humidity and frequent rain. The mild, humid air of the Atlantic Ocean softens temperature differences between the seasons, so there’s little contrast in temperature between winter and summer.

If you live in an oceanic climate zone, you should opt for autoflowering cannabis strains resistant to humidity, which helps to avoid problems with mould. Sativa-dominant auto strains are usually more resistant than Indicas as their buds are less compact and airier. 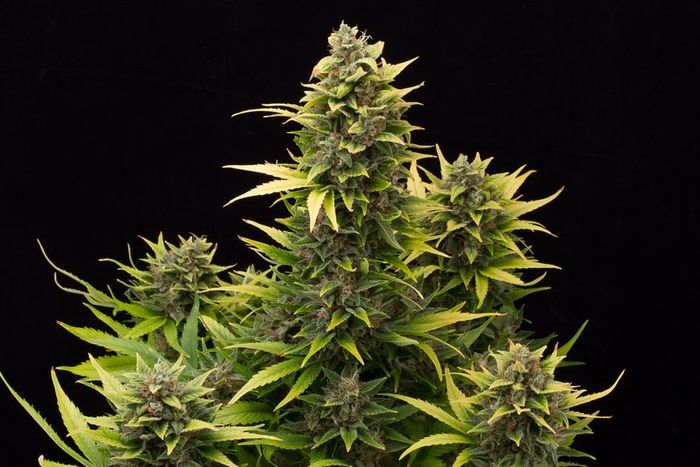 Among the Sativa-dominant genetics, Original Amnesia Auto, Dinamex Auto and Moby Dick Auto are great examples of autoflowering cannabis strains that can be cultivated in oceanic climates.

The oceanic climate is typical of a large part of Europe, but of course, the closer you get to the south, the better temperatures you’ll get and the bigger your chances of successfully growing autoflowering marijuana will be.

The more we head east, the more continental the climate is. Therefore, you’ll find this climate type in:

The continental climate is generally defined as very cold and dry in winter, but hot and stormy in summer. The further east you get, the stronger the temperature contrasts between winter and summer are.

As it’s impossible to precisely define the limits between climatic zones, of course some regions’ climates also lie in between the oceanic and the continental climate. 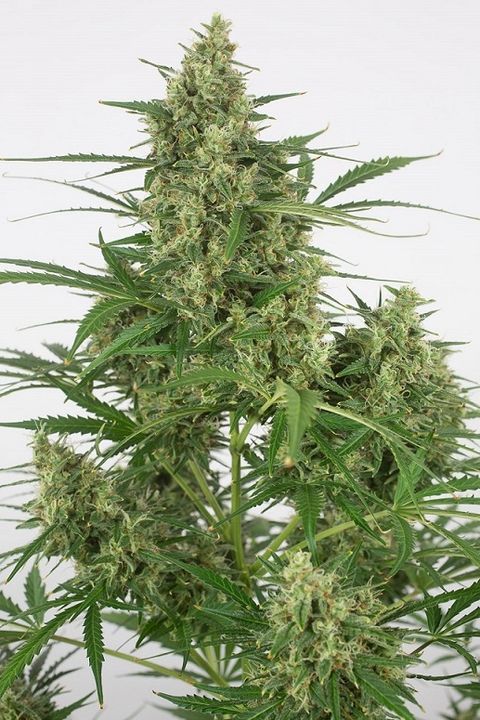 Living in a continental climate, you’ll have a larger choice of autoflowering cannabis strains than in an oceanic climate. As summers are usually less humid, you might also be able to grow certain Indica-dominant autoflowering genetics, provided you pick the strongest and quickest ones, such as Critical 2.0 Auto, Kush’N’Cheese Auto or Critical Jack Auto.

It’s also important to choose the right moment for growing and seize the short summer season, as you usually get the best results between June and August. If you set up your crop too soon, your plants might be exposed to cold temperatures and consequently have their quick growth somehow limited. Starting too late will increase the risk of mould growth at the end of the flowering.

It might be interesting to add that Cannabis Ruderalis, which is where the autoflowering gene of all autoflowering cannabis strains stems from, was discovered by Neville in the 1980s somewhere between Hungary and Russia, where the climate’s normally very continental.

Cannabis Ruderalis is, in fact, the result of the cannabis sativa’s need to slowly adapt to the continental climate: the summer being so short in this region, only the plants capable of flowering automatically and quickly, independently from the photoperiod, could mature before the arrival of the winter.

Nowadays, autoflowering cannabis strains allow numerous people to grow their cannabis efficiently in places where the classical strains rarely led to good results because of their long life-cycle, which is a perfect example of how humans use the plant’s natural evolution.

The Mediterranean climate is characterized by its mild and humid winter followed by a hot and very dry summer with a very bright clear sky. It’s the ideal climate for growing automatic cannabis outdoors.

If you’re among the lucky ones who live in this type of temperate, warm climate, you can grow all automatic cannabis strains! Even highly Indica-dominant strains, such as Bubba Kush Auto, White Cheese Auto or Blue Kush Auto can be cultivated in the Mediterranean area. And, of course, you can also grow Sativa-dominant autoflowering strains, e.g. Sour Diesel Auto or Blue Amnesia XXL Auto.

In fact, you can easily run two crops of autoflowering strains a year: the first one between April and July and the second one between July and October, as long as you keep an eye on precipitation, which can be very strong in spring or autumn. 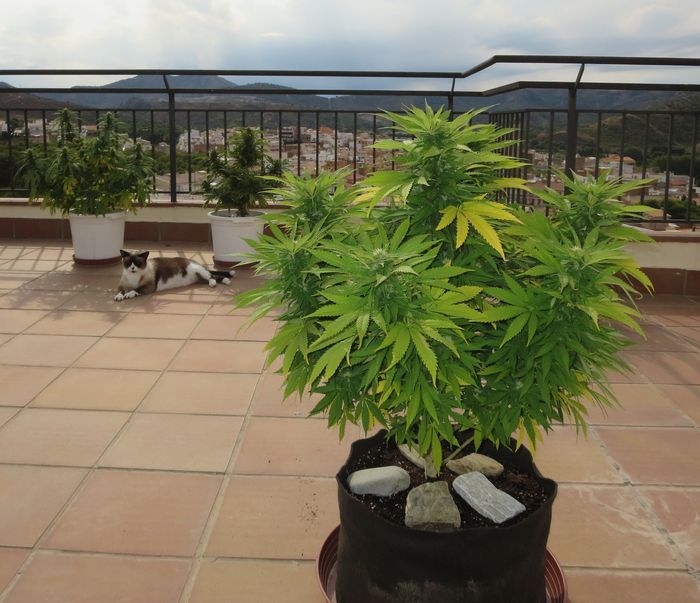 Some regions of this zone are also known for being very windy, as for example Languedoc-Roussillon (France) and Emporda (Spain), where the Tramontane winds blow frequently. One might also cite the Mistral, which sometimes causes enormous damage to the cannabis crops in Provence.

If you live in a windy region, rather choose Indica-dominant autoflowering cannabis strains, which often have a more solid, thickset structure than the Sativa-dominant ones.

Mountainous areas have special climatic conditions: the higher the altitude, the colder the temperature (each 1000 meters, you’ll lose about 6 ºC) and the stronger the precipitation, whether it’s rain or snow.

The main European mountainous areas are the Alps and the Pyrenees, but Spain’s also got some other mountain ranges that make growing more difficult: the Cantabrian Mountains, the Central System and, of course, the Iberian and Baetic System.

The mountainous climate is very rough and thus quite unsuitable for growing marijuana in particular and any plant in general: winters are very cold, with lots of snow, and summers are cool and humid.

Living in an area with a mountainous climate, you’ll have to choose your automatic marijuana strains among the most weatherproof ones, such as Haze 2.0 Auto, which is also highly resistant to fungi like powdery mildew and botrytis. 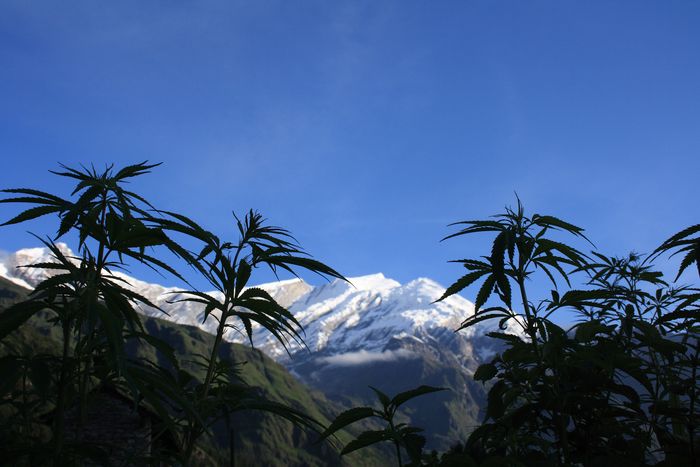 If the climatic conditions are too hard to run a proper outdoor autoflowering cannabis crop, it might be a great solution to cultivate your autoflowering plants in a greenhouse in order to protect them efficiently from bad weather and thus increase your chances of success.

Now that you know which type of autoflowering cannabis strain to choose according to the area you live in and its climatic conditions, we wish you excellent crops with delicious harvests!