Being too hasty, careless or just not taking the time to get yourself informed can have terrible consequences on the quality of your marijuana. Every user has been in a situation where a wrong choice has taken a toll on their high-grade cannabis. This is why, no matter how good quality the product is, you should always take some precautions when storing it - at least if you want to prevent it from losing its properties over time. Below you will find some of the most common mistakes people make when storing and consuming their cannabis so that the next time you land a good crop a bad decision does not waste all the effort you've put into it.

Plastic is not a good idea

You would be hard pressed to find someone who doesn't have a couple of plastic bags or containers somewhere in their kitchen. If this is your case, you should know that using plastic for storing your cannabis is something to avoid - unless of course you don't care about it getting ruined. Putting your cannabis inside this type of containers may be fine in the short term, but in the long term the static charge in plastic can end up ruining your bud's trichomes, which will also get crushed at the slightest move. Also, the aromatic compounds will easily find a way out, compromising the flavour and aroma of your buds without you even realising it. This is why plastic containers should be avoided like the plague. Instead, you should opt for airtight glass jars, always remembering to open the lid for some minutes a day - at least during the first fifteen days - as this will speed up the chlorophyll degradation process.

During the curing phase, the buds will start to lose their chlorophyll - the chemical that gives plants their green colour - and will gradually turn brown. But despite getting less appealing to the eye, this is a sign they're undergoing a series of chemical transformations that will actually enhance their value. One example is the cannabinoids. These are present as acids in the buds and oxidise on contact with the air, becoming psychoactive and thus increasing the potency of the cannabis. That said, once the curing phase is over, oxygen can actually become your worst enemy, as long-term exposure to air and its oxidative action will result in the degradation of the aromatic and psychoactive substances of the buds. 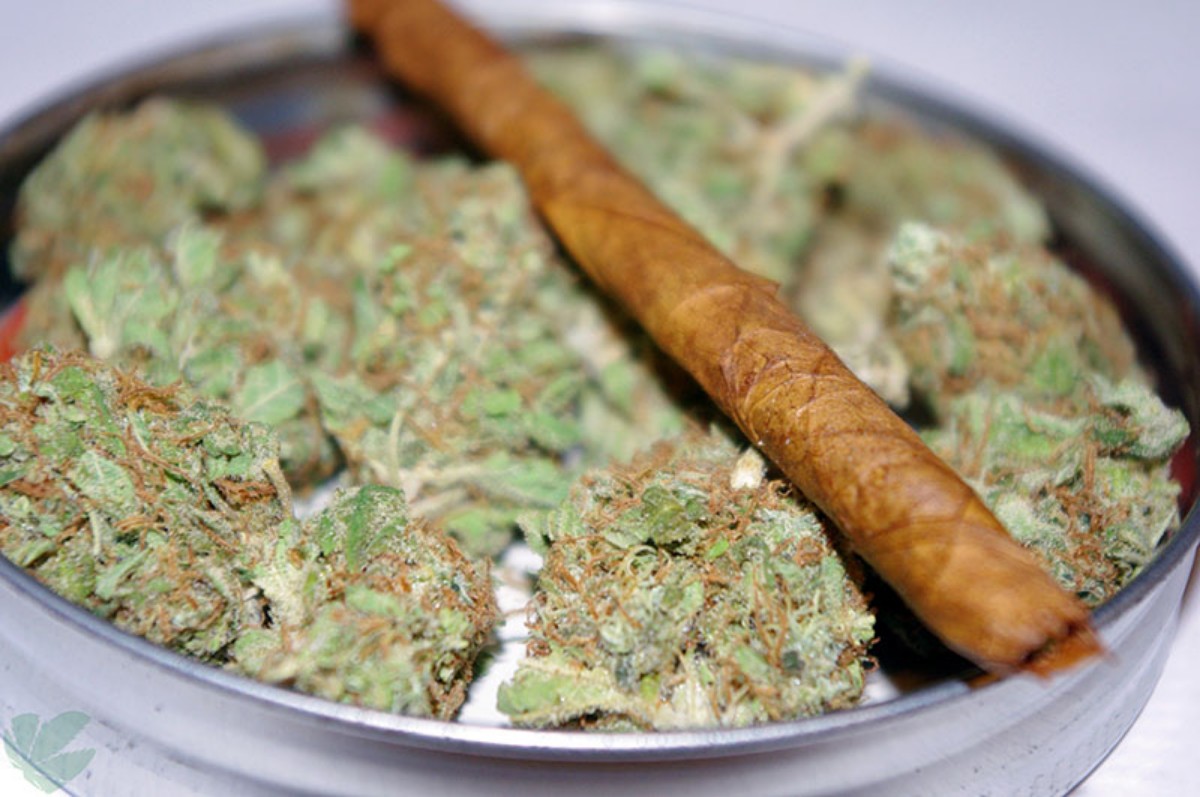 Light is necessary for cannabis… when you're growing it. But once you've stored it and is ready for consumption, it may well ruin your buds even if you've put them into a container - unless it has anti-UV properties. The reason for this is because exposure to light speeds up THC degradation, triggering the chemical reactions that turn the cannabinoid into cannabinol (CBN), which has a potent sedative effect.

This process can be further accelerated by heat and oxygen. This is why, as a rule, cannabis that has been stored in poor conditions - in terms of light and temperature - and for longer periods of time will contain more CBN than cannabis stored in airtight, opaque containers. Plus, light exposure can also interfere with other relevant compounds such as terpenes, as it causes a rise in temperature that results in faster evaporation. A number of studies have shown that light is the main factor that determines the degradation of cannabinoids, concluding that cannabis that is not exposed to UV rays can stay in perfect condition for up to two years. 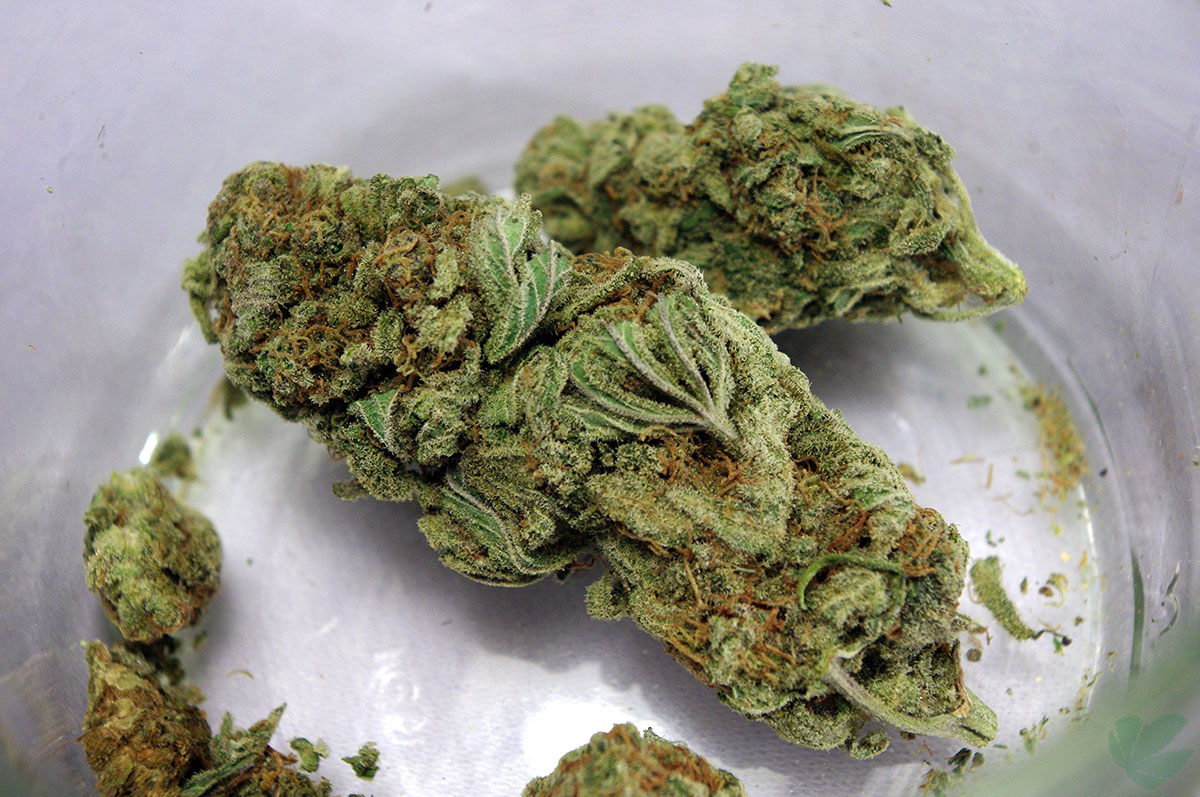 Humidity can be a deadly enemy to cannabis if not properly handled, as conditions that are either too dry or too damp can have a terrible effect on your buds. If the weed dries out too much, it won't taste as good as expected, but making it too moist could lead to fungi and bacteria growth. So ideally, humidity should be kept between 50% and 60%, as this will inhibit the growth of fungi ensuring the proper conservation of the buds and the resin.

This doesn't mean, however, that you can go about storing your crop without carefully checking every single bud for mould and fungi. Otherwise, the whole container could get infested and go to waste. This is why industry professionals store their cannabis in nitrogen or carbon dioxide atmospheres, which prevent the spread of any possible fungus that may be present in the buds.

The fridge might as well be considered one of mankind's greatest inventions, but, believe us, it is not what you want for storing your cannabis. The reason is simple: refrigerators are often too cold and their humidity levels aren't ideal for storing marijuana, so contrary to what one would expect, putting the buds in the fridge won't make them fresher, but quite the opposite.

Ideally, cannabis should be stored at a temperature of 25 ºC, as conditions that are too hot will dry out the cannabinoids and terpenes in the buds, making them lose their characteristics, while conditions that are too cold will slow down decarboxylation, the process by which THCA turns into THC. Another thing to consider when controlling the temperature of your buds is the proximity of household appliances such as the microwave and the oven, which could do a number on your cannabis if placed too close to these not-so-obvious sources of heat.

Not using a grinder

The grinder is one of those small technological advances all cannabis users should be familiar with. Handy and user-friendly, not using a grinder won't necessarily ruin or degrade your marijuana, but will prevent you from making the most out of your experience. In fact, using a grinder will allow you to get your buds into the perfect shape for rolling so that you can sprinkle it evenly on the joint. Also, as you won't be using your hands, the resin won't suffer the damage of excessive rubbing, preserving all its flavour and aroma. So start to use a grinder now and take your smoking experience to another level. 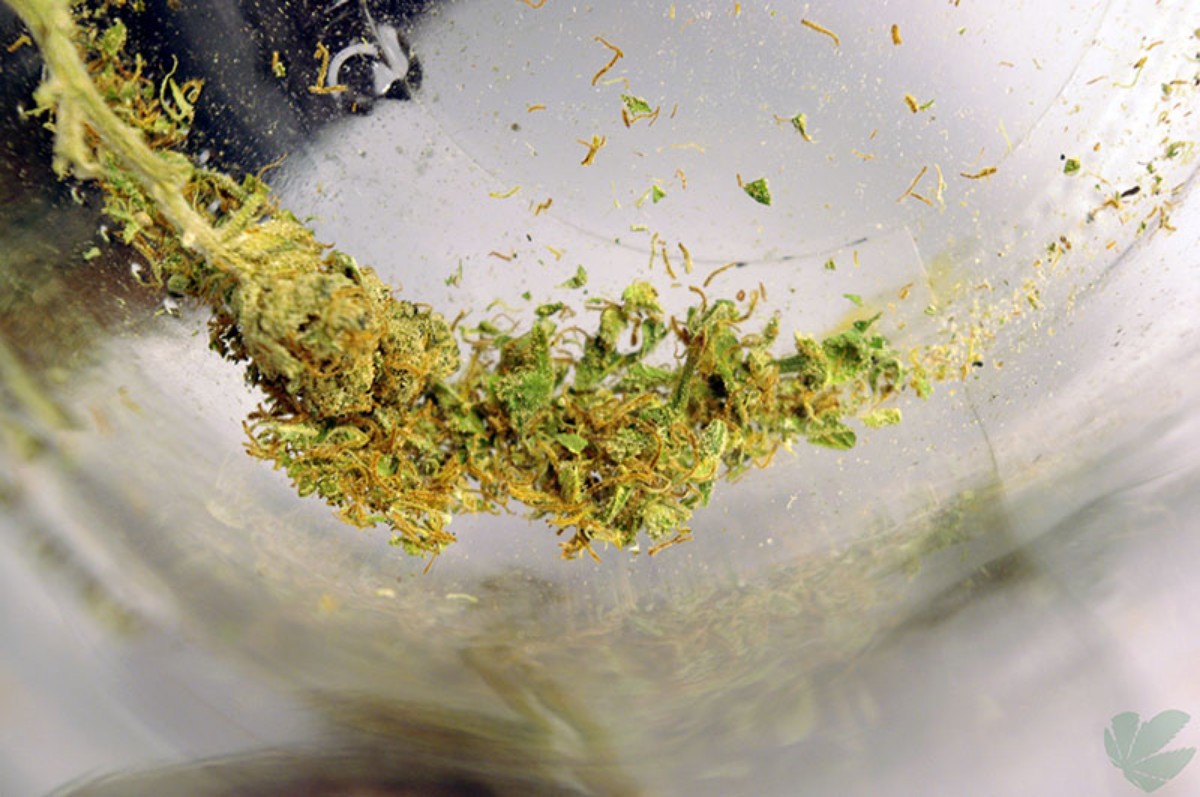 Again, inhaling too deep won't ruin your cannabis, but it will certainly degrade your experience. There is this widespread idea that taking a deep inhale and holding the smoke in the lungs gets you higher faster, but this is actually not the case. While inhaling deeply may make you feel a stronger psychoactive effect, this has nothing to do with THC, but with the fact that you're momentarily depriving your brain of oxygen, which leads to an increase in carbon monoxide that makes you feel sort of dizzy. This, however, is simply an illusory effect the brain misinterprets.

With almost all of the THC (about 95%) being absorbed right after inhaling, you can rest assured that this smoking style won't get you higher at all. It is just an unnecessary, unpleasant step you simply don't need to take. Smoking gently, inhaling an amount of air that feels natural with every hit, is enough to completely fill your lungs with smoke and ensure you don't let in more THC than your body can process.

Exhaling through the nose

Many cannabis smokers like to hold the smoke in the mouth and then exhale through the nose, as this allows them to better taste the different flavour notes in cannabis. By doing so, however, they're actually exposing their nasal cavity to unnecessary risk. Smoking cannabis makes your mouth dry because the THC is absorbed through the receptors in the submandibular salivary glands, which are located at the back of the mouth and produce 70% of saliva. This type of receptor, however, is not unique to the mouth, and is actually found in all the mucous membranes in the body, including the nose. So when you exhale the cannabis smoke through the nostrils, the excess heat can end up drying them out, irritating the mucous membrane and compromising over time your ability to distinguish the different hues in each strain. Also, by exhaling this hot smoke through the nose, you can cause damage to your throat, respiratory tracks and soft tissues. 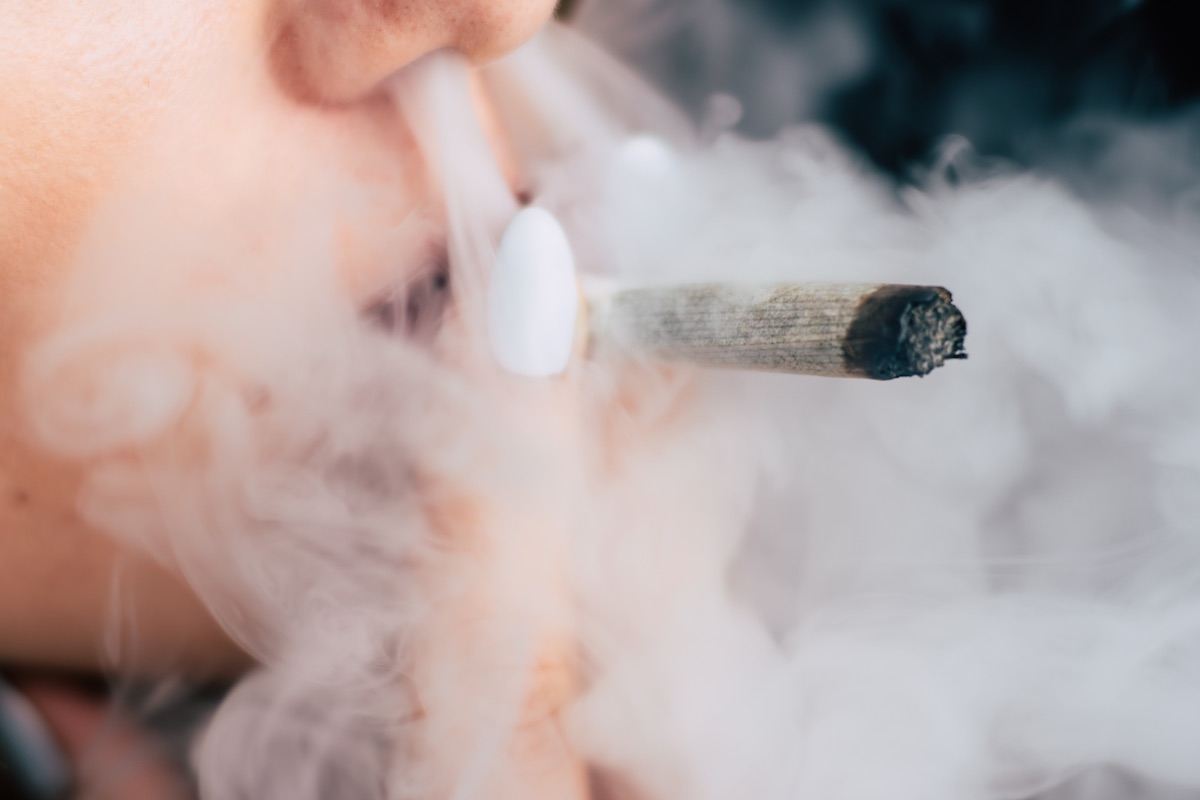 A further risk of burning plant material is exposure to carcinogens such as benzene, naphthalene and toluene. It goes without saying that these should be avoided not only in the nose but also in the mouth, which as a recent study has shown, can be achieved by vaporising the cannabis at a maximum temperature of 185 ºC, a method that reduces exposure by and amazing 100 per cent.

We hope our tips to enjoy high-grade cannabis to the fullest come in handy. As with most things, some simple guidelines - and a little common sense - is all it takes to ensure a totally engaging experience.