At present, synthetic fertilisers, pesticides and insecticides are used on a regular basis to fight any problems affecting cannabis plants. These products are highly effective yet toxic to the environment, damaging the Earth little by little.

Although it's true that the massive use of these chemical products provides manufacturers with innumerable economic benefits, the time has come to look for more environmentally-friendly alternative solutions. It's, therefore, essential to do some research on the resources available in nature, often unknown to us yet full of amazing properties that have a synergistic symbiotic action with the key biological players within our planet.

Trichoderma species are beneficial fungi present in soil that fight a wide range of pathogens while boosting plant growth and yield. A wonderful gift from nature!

Trichoderma is a genus of fungi that belongs to the family Hypocreaceae, encompassing about twenty species of cellulolytic fungi. With shades of white, yellow, green, depending on the development stage, it's kind of fibrous, like cellulose.

This fungus establishes a symbiotic relationship with soil life and the plants growing in it. 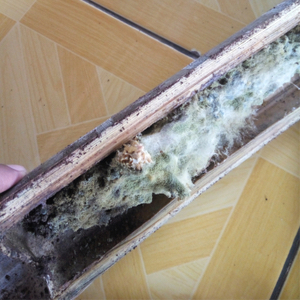 One of the first scientific publications about Trichoderma dates back to the early '30s, a time when its antibiotic properties and suitability for biological control had already been recognised. However, it wasn't until the '80s that the first Trichoderma-containing products appeared on the market.

The most common species was "Trichoderma Harzanium T22", marketed in 1996 in the U.S. by a local company known for carrying out the most advanced research work in the sector regarding biological control. These investigations wouldn't have been possible if it hadn't been for the collaboration of Cornell University. Trichoderma Harzanium is the most widely used species for biological control today.

Its main beneficial symbiotic action happens when Trichoderma species and strains of rhizosphere, Pseudomonas, Bacillus, streptomyces or Enterobacteria, come together. These living microorganisms trigger a series of mechanisms that result in heightened resistance to a wide variety of diseases and in a major increase in size and yields.

Trichoderma is to be found in soil and is part of a fungal community known as Rhizome. Commonly gathering in the root zone, more specifically in decaying bark fragments, but also in the sclerotia and propagules of other fungi, they need nitrogen, carbon, phosphorus and potassium to feed and grow. Plus their ability to colonise acidic and alkaline soils makes them suitable for any kind of land, hence their potential for full-spectrum biological control.

How to use Trichoderma in cannabis cultivation

Using Trichoderma when growing marijuana can be very interesting for various reasons:

Trichoderma can effectively fight a series of cryptogamic infections or harmful fungi. The attack can be conducted through 3 differing mechanisms:

All these three mechanisms prove the innumerable possibilities offered by Trichoderma as well as its remarkable efficacy. Trichoderma quickly creates a protective barrier around the roots, in the rhizosphere, to prevent the emergence/settling of pathogens while encouraging the development of food resources (nutrients) necessary to their growth. One last time, nature is definitely wise.

The immune system becomes more robust due to the full-spectrum protective action of these beneficial fungi.

The absorption capacity of every plant is perfectly functional, especially since Trichoderma improves the uptake of nutrients (by solubilization) such as nitrogen, phosphorus, zinc, manganese, iron or copper. 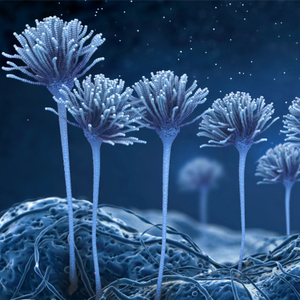 They can also modify the microflora of roots allowing for a deeper rooting. As previously stated in another post, the root mass plays a major role in the growth and health of marijuana plants.

Roots are none other than their digestive system and, as such, are key to their development. Right from the very first evolutionary stages, they are, in fact, responsible for the feeding of cannabis plants.

It boosts flower and terpene production

Like any other living thing, a healthy plant at its best would respond positively.

If a plant is enjoying a healthy development, with a strong immune system and surrounded by the best conditions all throughout its life cycle, it is sure to produce superior results.

Therefore, a cannabis grow with no obstacles on its way taken care of nicely will surely yield numerous quality cannabis buds full of resin and terpenes. Trichoderma boosts the production of phytoalexins, which are antimicrobial secondary metabolites commonly found as phenol compounds, just like terpenoids, flavonoids or stilbenes.

A rapid and well-structured metabolisation and absorption of nutrients allow for faster and more vigorous growth, resulting in better quality yields. In a nutshell, a set of benefits that affects the entire chain.

For repotting, the use of biological products such as Strartrex and Bactrex by Bio Tabs as a precautionary measure is highly advised. This could be a great way to start an organic cannabis grow where plants are optimally cared for from start to finish.