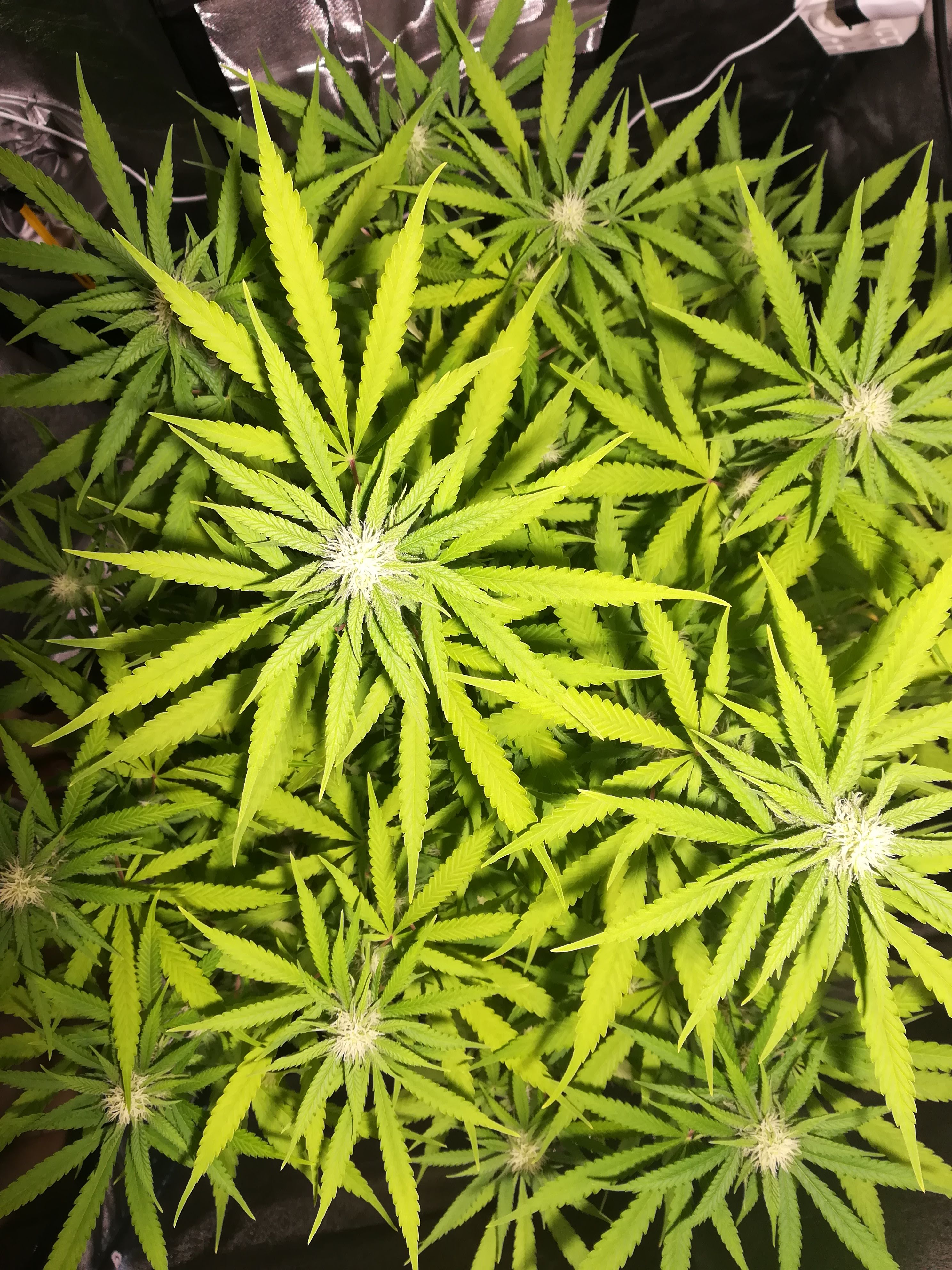 White Widow Autoflowering or the greatness of an auto 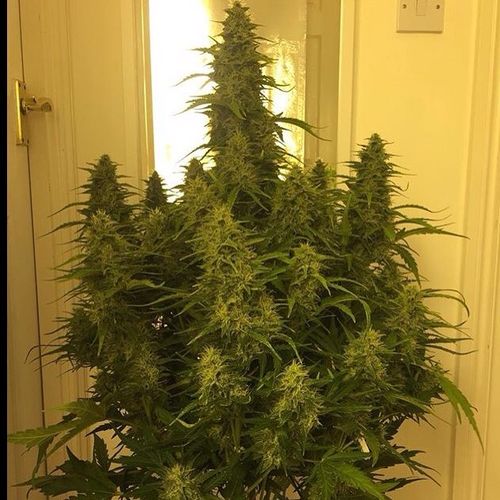 This picture by @gumbo_dronegeeks surely explodes the cliché that autoflowering plants are usually small, as it has taken @gumbo_dronegeeks just one White Widow autoflowering seed to grow a huge plant: lots of branches, a considerable height and sizeable buds, isn't that right? We'd already said that this Indica-dominant variety was an automatic hybrid that was true to the height of one of its mothers, the original White Widow. And this beauty, a chip off the old block, makes it all the more obvious. Congratulations, @gumbo_dronegeeks! You've brought the vigour of the White Widow Auto to the level of excellence.

White Widow Auto or raise your hand, those of you who think that autos are less productive 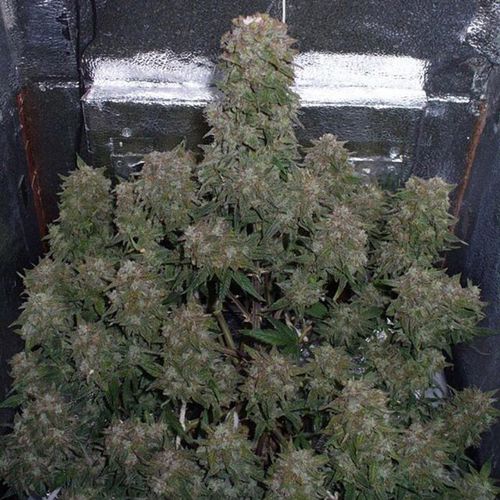 Here we're back with the same genetic and still exploding the same myth. Doesn't this image taken by @grownorthern420 show that an autoflowering seed can result in a hugely productive plant? One cannot but marvel at the amount of whitish buds achieved by @grownorthern420… We're not informed about the manner in which this grower has been maintaining the plant but, to judge from the harvest, it must have been the best of jobs. But then its prize is no less worthy. We know that the White Widow Auto has many virtues, not least the pleasant, durable rest, the outcome of a few fruity puffs with hints of citrus and fresh flowers. So… Sweet cannabis dreams, @grownorthern420!

Moby Dick XXL Auto or the triumph of heavy buds 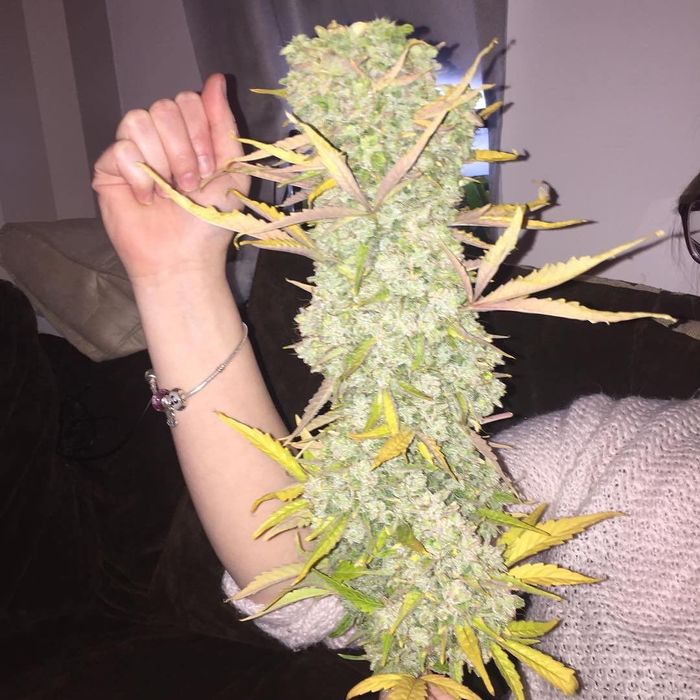 Nobody could have imagined that a seed known as Moby Dick XXL would yield small buds. But then, if we add the word Auto to its name, distrust will ensue. Well, there's no need to panic. @gumbo_dronegeeks has seen the objective of this genetic for himself. The Moby Dick XXL Auto is an autoflowering cannabis variety that was created with the purpose of satisfying the most demanding growers. Have we succeeded in satisfying you, @gumbo_dronegeeks? We hope so, as Dinafem breeders created this genetic for those growers who wanted abundant harvests of the best quality possible at each and every level. We'd like to think there's a proud smile on your face and that those heavy, compact and resinous XXL buds have meant a great deal to you.

Blue Cheese or a pleasure for the senses 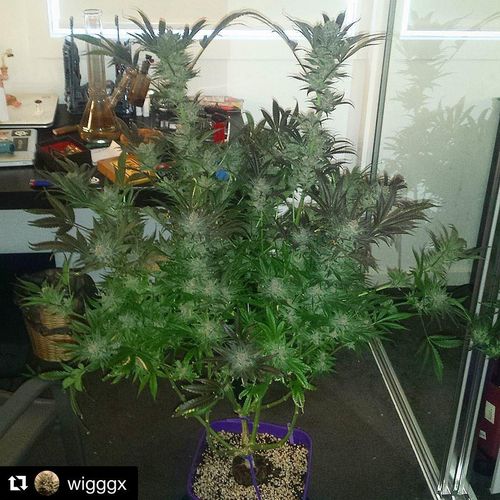 Vigorous, its extremities illuminated with white spots, this plant, in its demeanour, could easily be seen as responding to the exigencies of a designer: upright, tall, coated by compact white buds and topped in the manner of a hat by two huge flowers. We simply love the posture of this plant, belonging to @wigggx. The Blue Cheese is part of an easily identifiable category of genetics of obvious quality. Isn't this the case with this image taken by @wigggx? We trust that the smell and flavour are worthy of the plant's bearing ;-)

White Widow or the majesty of an elite clone 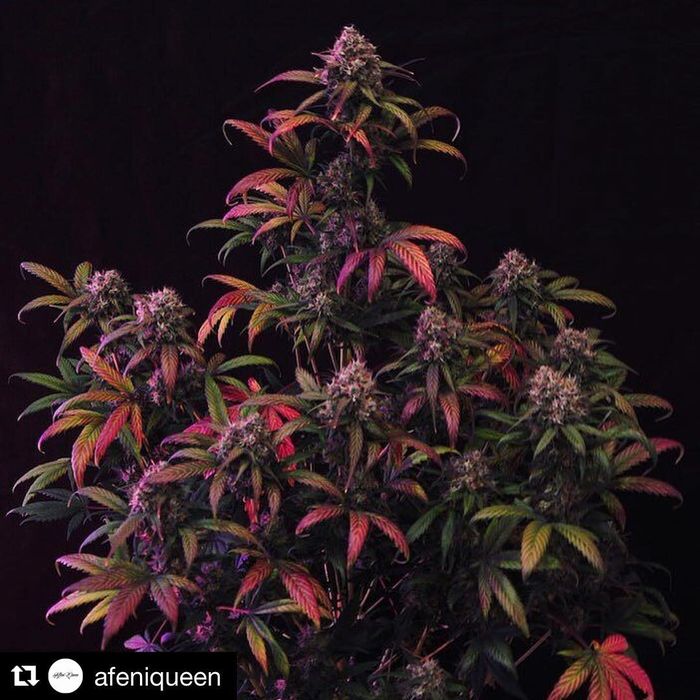 This White Widow is no ordinary plant but the daughter of a 1997 elite White Widow clone. And this portrait by @afeniqueen truly captures its origins, doesn't it? This plant has surely been maintained as exquisitely as befits a winner and its grower has certainly dressed it to kill. This picture, with its magical colours, succeeds in conveying its characteristic relaxing and therapeutic effects without any need of smelling or tasting it. If it can so entrance us in a picture, one wonders what it can do when experienced live. 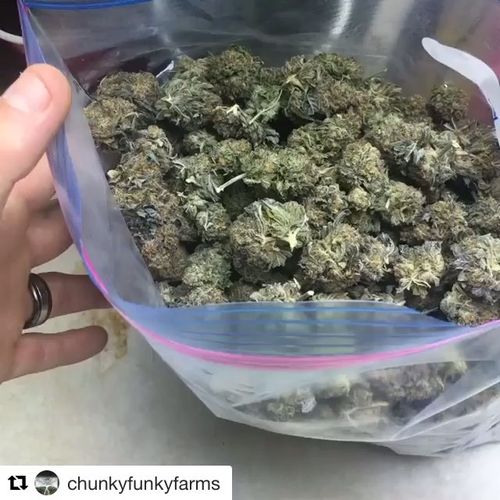 What is the most prized gap for an expert grower, one who has tried it all, a demanding grower of exquisite tastes? It is our view that the most prized gap for such a connoisseur is that lying between one Purple Afgan Kush bud from another. Don't many of you dream about a bag full of compact, resinous Purple Afgan Kush flowers? We, at any rate, certainly do. This is why, after watching this video, we felt so envious when imagining the potent aroma and sticky touch of that hand upon leaving that bag – envious in a friendly manner, mind you, as we do hold our friends at @chunkyfunkyfarms in high esteem. Well, it is friendly as long as the fruit of this exquisite parental genetics we created at Dinafem reaches us via some more explicit medium than video, of course ;-)

For those of you who can't understand the excitement generated by such images, we'll give you a little help. The Purple Afgan Kush is no more and no less than a cross between the world-famous varieties Purple Kush and Bubba Kush (in its pre-1998 version): the outcome of the genetic union between two Kush giants. Those of you who still don't feel the excitement, are you already at the same point as we are? Well, now concentrate on the smell that has appeared after the bag has been opened, when the air in the gaps between one bud and another has travelled to the outside, and experience the same feelings we experience ;-) 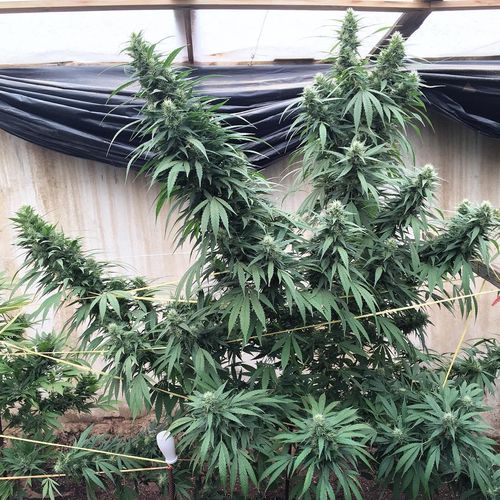 We have often given warning that it is necessary to control the growth of a Strawberry Amnesia as it tends to stretch forcefully. Is this made clear enough in this picture we're referring to? We assume that the folks at @cannapharmacia have made the most of this Sativa-dominant genetic, which is the result of the union between an Original Strawberry Cough and an Original Amnesia. What they have achieved is a large cannabis plant with long thin leaves of a dark green colour. One assumes that the pleasure it offers to the eyes likewise extends to its smell. Given the size of its build, one can easily assume that its characteristic strong, fruity aroma - with notes of strawberry, citruses, pine, Haze and spices - is adding to the delightful qualities of that garden. What better perfume than that of a Strawberry Amnesia? None, we believe. 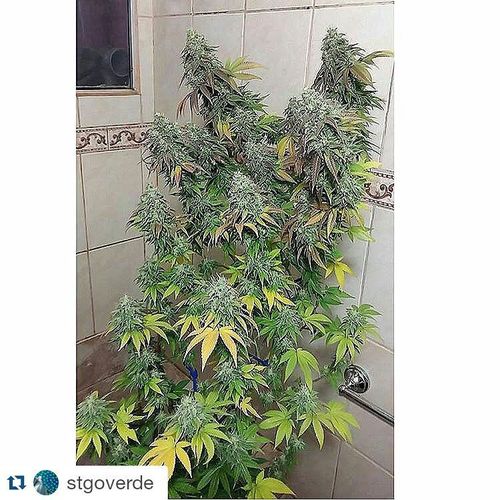 To mention Moby Dick is to talk about a super champion, an outstanding cannabis variety in every way. What has made it such a cult variety and a benchmark in the world cannabis sector? Some of the virtues that emerge in this picture by @stgoverde, such as a high production level and the extraordinary potency one would sensibly assume in those huge, compact buds whose trichomes shine like beacons. We don't know what you've been feeding your "girl" with, @stgoverde, but we're simply amazed at how well you've made it grow. We trust that the cleaning process had the smell of exotic woods and that this has been the most relaxing shower ever for both of you ;-)

Critical + or the perfect synchronisation of pistils and trichomes 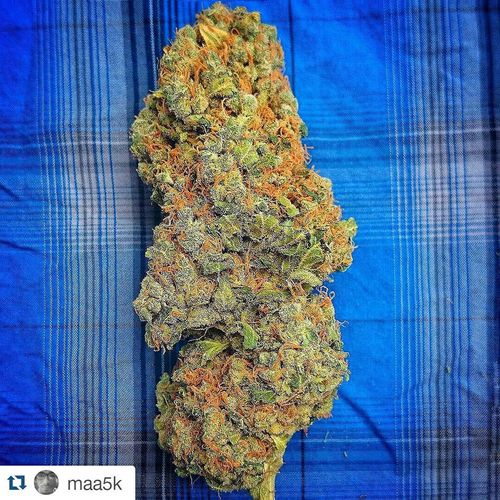 @maak5k has sent us the photo of one of our most acclaimed varieties, one of those we like most: the Critical +. Ever since its release in 2005, this genetic has not ceased to score big successes, first in Spain and then in the rest of the world. This photo has impressed us for the brightness of the colours of the bud's pistils and trichomes, a perfect symbiosis that makes this flower, belonging to @maak5k, a work of art. We honestly hope that the aromatic and taste qualities of your flower are at the same level as its composition. And that you have enjoyed those intense lemon notes, the prelude to a deep rush that gives way to a peaceful rest. Thanks for inviting us to this aromatic journey.

Diesel or exoticism made cannabis flower 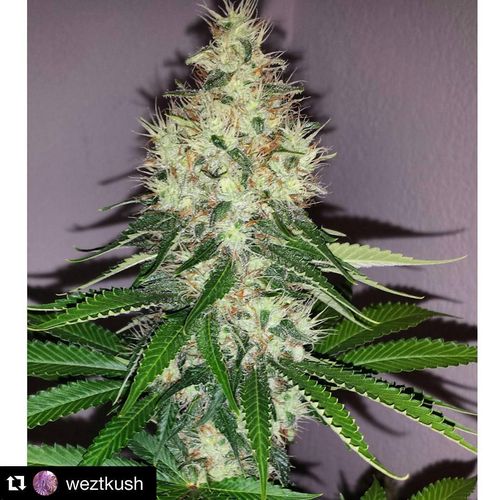 We once said of the Diesel variety that it "produces long, dense buds covered in a resin." Well, @weztkush has made it. The objective of this Sativa-dominant cross, resulting from the union between a Mexican Sativa and an Afghani #1, was that of obtaining a complex cannabis variety brimming with exoticism and this photograph struck us as extremely exotic. The combination between the white colours of the trichomes and the dark green of the leaves is typical of faraway lands, of universes we'll be able to access while puffing hints of citrus fruit, mandarin, oil and tropical fruit. From the appearance of this bud, belonging to @weztkush, one assumes that the potent cerebral effect needed for travelling is guaranteed.