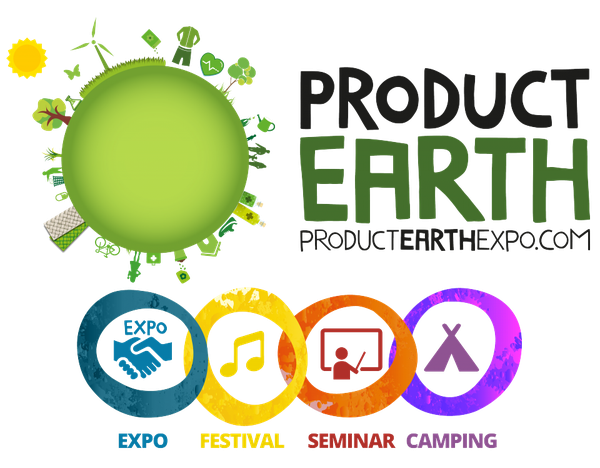 If you have already taken your passport out of your closet, along with your summer clothes, we have very good news: you can kick off the summer line-up of cannabis fairs at the Product Earth Expo, the British fair dedicated to cannabis, this year marking its second edition. It will take place from 24-26 June at the Peterborough Arena, in the town of the same name, where Europe's leading distributors, manufacturers and seed producers will be on hand to show off the quality of their products and publicise the benefits of marijuana.

Dinafem will be one of the many seed banks present to share their strains with the public, as one of the event's main sponsors, after supporting the first edition held last year. We will be located at Stand B1, very close to the entrance, where we will be ready to share with all attendees the best of our genetic production and new releases of the CBD-rich strains found in our catalogue.

Our presence will also be noteworthy outside, thanks to a VIP double-decker bus that will serve as an advertising platform for the occasion. We decorated it together with our friends at the Humboldt Seed Organization as part of a tour undertaken on Britain's highways roads to promote both seed banks. 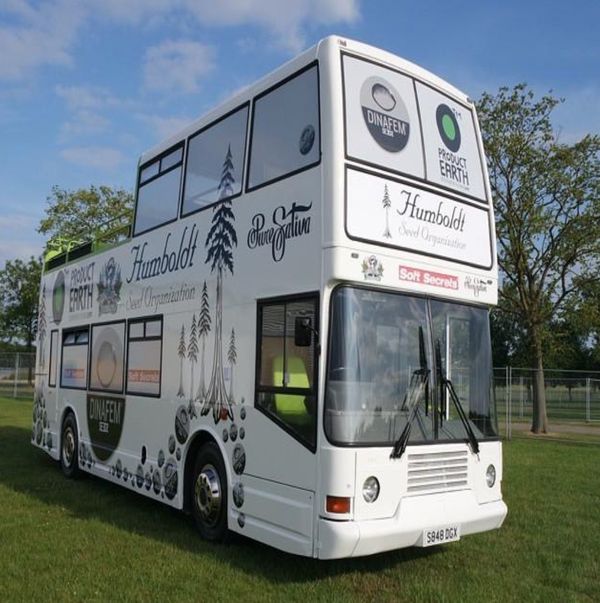 At the Product Earth Expo you will not only be able to find all the sector's most prominent exhibitors in one place, but also enjoy interesting talks by experts; as its promoters are well aware, education and knowledge are the best ways to make people aware of the situation surrounding marijuana use today, at both the global and European levels.

Attendees will have the opportunity to hear from activists, researchers and professionals, who will share their experiences and views on various aspects of cannabis use, analysing the consequences of the restrictive legal framework in the UK and other nearby countries, the benefits of medical cannabis, and the experiences of cannabis clubs, which have managed to make headway despite the hostile atmosphere they face in Britain.

Something, however, seems to be changing in the country. Just a couple of months ago the Liberal Democrats became the UK's first political party to officially support the legalisation of marijuana, as according to it legalising cannabis would inject 1 billion pounds (over 1.2 billion euros) into the economy through taxes.

This year the speakers will have a lot to say at the Product Earth Expo. Rebeka Shaman, of Living Shamanically, will explain her experiences: she has travelled to the depths of the jungle and lived with shamans, tutored in their wisdom and knowledge of medicinal plants. Shaman has also championed the legal cultivation of cannabis in the UK.

Another of the speakers slated is Cherry Haze, who has launched a brand of edible marijuana-based products in Barcelona available to members of cannabis social clubs. Haze will also discuss the medical use of the plant: her professional experience is marked by the Ehlers-Danlos Syndrome from which she suffers, and thanks to which she has realised the importance of diet to health and wellness. 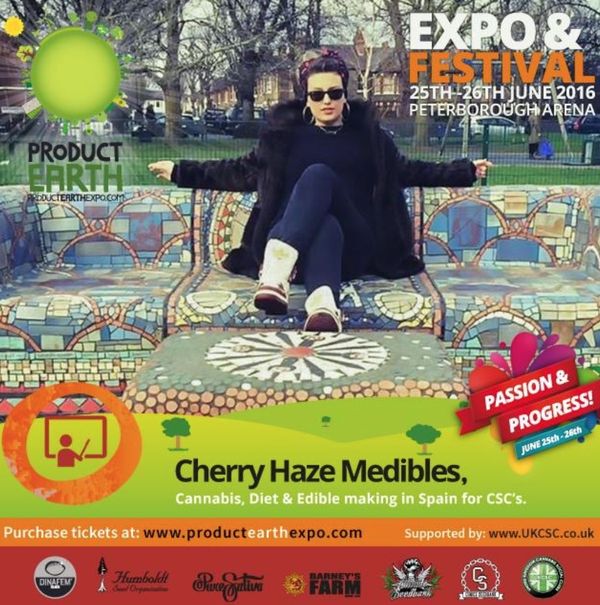 Niamh Eastwood, with the association Release is another female cannabis figure who was on hand last year and is back to share her expertise with attendees at the new edition. This activist and the group to which she belongs have been defending the rights of marijuana users and victims of traditional British law for years. They provide legal counsel regarding the legality of cannabis use, making every effort to raise awareness and share information about the regulatory and social aspects of the plant's consumption.

It should not be forgotten that in the UK marijuana is considered a Class-B illegal substance, in the same category as substances like amphetamines and barbiturates. As a result, the plant's possession and sale is punishable by imprisonment.

Meanwhile, the leaders of United Kingdom Cannabis Social Clubs will educate attendees on the particularities of these organisations and the regulations affecting them. Similarly, members of the United Patients Alliance will inform the public about the legal status affecting the use of therapeutic cannabis and the progress made towards its legalisation.

In addition to all these interesting presentations, those attending the fair will be able to enjoy music and DJs on Friday, Saturday and Sunday. The festival offers all kinds of music, from dance to house, hip-hop, ska and reggae, with a variety of genres and artists offering something for everyone.

Musicians like Mike Skinner and Grandmaster Flash will liven things up on the first two nights. After their performances, this year those eager for more can keep on dancing and listening to music until 3 am in a glass-enclosed space specially designed for late-night functions. The groups and musicians who will grace the stage will include the likes of Lazy Habits, Benny Page, Shama Anwar, Akala and Black The Ripper. 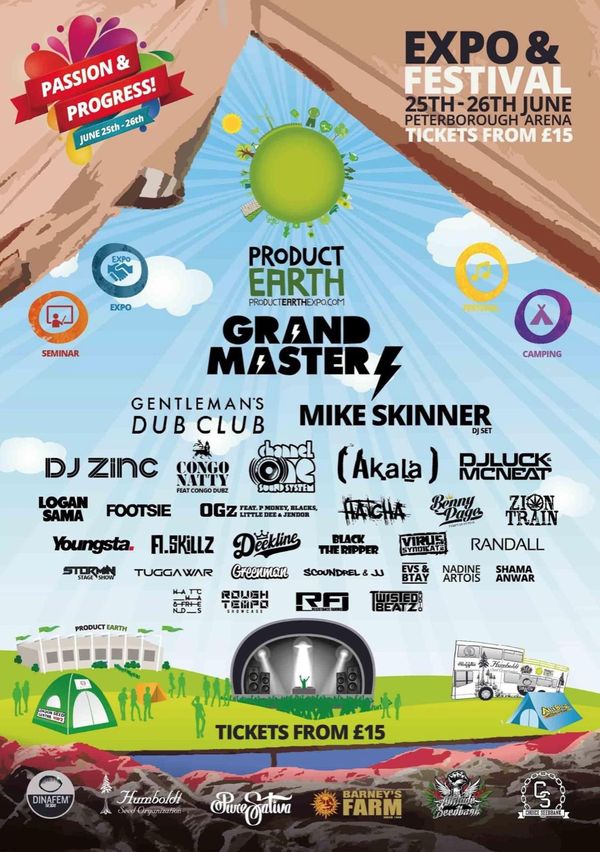 And, as if all this were not enough, this year the exhibition area will feature two additional leisure areas: one dedicated to lovers of video games, and another to tattoos. Those who so wish may even book an appointment to take home a "souvenir" of the show inscribed on their skin.

Chill out areas, food stands and various exhibition areas will help to generate an exceptional atmosphere at the fair. Although the venue opens its doors on Friday afternoon, there are no presentations scheduled on that day, and the exhibition area will not be accessible, as both will commence on Saturday at 11 am.

Once the day is over, after enjoying the different functions and music, attendees will be able to retire for some shuteye at the 'campsite' organised by the event's organisers. The facility will be divided into several areas in which to set up tents, and also offers a parking area, 24-hour restrooms, and free sanitary facilities.

Everything has been designed to create an enriching environment that will make a mark on attendees. If you decide to travel to Peterborough at the end of the month, you are bound to return with a backpack full of cannabis experiences and good vibes. 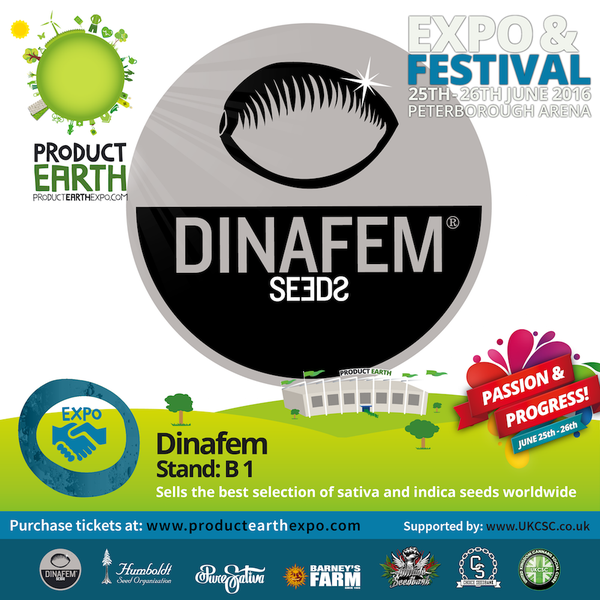