When a cannabis variety carries the denomination "Kush" in its name, it seems obvious nowadays that the legendary OG Kush strain is involved. After all, the latter has become a worldwide epitome of outstanding Kush genetics in the past ten years, being omnipresent not only in its pure form, but also as a crossing partner. Spanish seed company Dinafem has also launched many OG Kush crosses such as Big Kush, Amnesia Kush or Blue Kush.

When he discovered Dinafem's "Power Kush" strain, master grower The Doc accordingly assumed that it is another OG Kush cross. Reading through the strain description though, he surprisingly realised that's not the case. Instead, two age-old acquaintances turned out to be Power Kush's parents: Afghani and Skunk #1. The three-way cross Skunk #1 per se contains Afghani genetics so that Power Kush is mainly based on Afghani heritage and has therefore received the denomination "Kush" for genogeographic reasons. So for Power Kush, the Dinafem breeders resorted to something tried and trusted – the classic genetic building blocks Afghani and Skunk #1 have been around for many decades, representing legendary old-school cannabis genetics at their best. 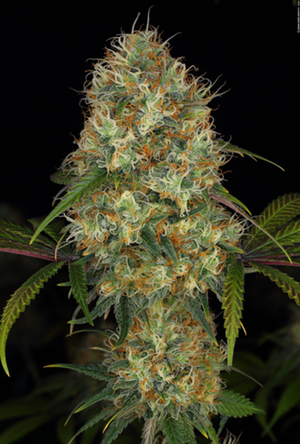 But if a breeder nowadays wants to create something out of these that knocks the socks off this world's growers, who are spoiled by the wide range of strains on the market, he ultimately has to work with original high-grade genetics – which Spanish market leader Dinafem certainly has at its disposal.

Thus the Dinafem breeders decided to conjure the magic of the old days… The key feature of Power Kush is her extraordinary yield performance. No wonder, after all both parental strains are excellent yielders themselves. Through their genetic marriage, this big potential was further extended. In concrete figures, indoors up to 550 g/m2 are achievable and outdoors, with a maximum height of three metres, up to 1100 g per plant. Outside she prefers a mild, not too humid climate, so moderate and Mediterranean zones are perfect for Power Kush. The second strength of this variety is constituted by its very fast flowering stage, the plants require a mere 50 days to fully mature – ideal for those who want to harvest a lot without a long wait. Well, who wouldn't want this?

Power Kush undoubtfully has what it takes to become a favourite among commercial growers. The more so as she also comes with advantageous growth characteristics - she's fast growing, heavily branching, robust and easily adapts to different environments. Also grow novices are sure to achieve quick success. The plants grow long branches with medium wide internodal spacing, equipping them with thick compact buds copiously covered in resin. Which are bursting with flavour, Power Kush's penetrant smell is dominated by strong hints of citrus fruits such as orange, plus woody notes and a hint of strawberry, while her taste offers a complex blend of skunk, lemon, spices and sandalwood.

Being a 50% sativa, 50% indica variety with a medium high THC count of 12-16%, Power Kush produces a most pleasant buzz with harmoniously balanced mental and physical effects. A quick shot of euphoria is soon accompanied by deep full body relaxation that may lead to sleepiness. So this strain can act as an effective sleeping aid in the evening, but naturally also as a stress killer in everyday life. Power Kush's medium high CBD content supports both these medicinal benefits. The two feminised seeds sown by The Doc head over heels rushed into life, taking less than 2.5 days to show up above the surface. Four weeks they spent in the veggie stage. At a very early stage already, the two plants revealed that branching propensity, with their lateral branches mightily stretching in all directions toward the light. The Doc: "As early as now, these two plants are demonstrating why they carry the 'power' attribute in their strain name. Because they are growing like hell, having evolved into some splendorous bushes at the end of the veggie stage." When he triggered them into flowering, they had grown to uniform heights of 47 and 50 cm and almost looked like twins. They rapidly reacted to the 12/12 time switch, displaying female preflowering already after six days. With about 50%, the stretch factor during the first weeks of flowering turned out to be very moderate. Which gave The Doc the impression that the two plants were almost obsessed with producing as many and big buds as possible, flooring the gas pedal right from the beginning. And so it didn't take long until vast amounts of hairy flower clusters with a low leaf count were proliferating all over the plants. Which in the course of flowering developed into big chubby premium buds of enormous density and tightness that were coated by a fine-meshed sparkling carpet consisting of countless resin glands which also stretched out over bigger flower leaves.

After seven weeks of flowering – a period of time that in view of the tremendous flush of flowers seemed to him like a swift sprint – The Doc could have harvested the plants already, but he left them in the grow room for a few more days as he wasn't in a hurry. At the end of flowering, The Doc reported: "Pretty damn chunky and sticky these fantastic old-school buds are. From the bottom to the top, the two plants are laden with real hunks of flowers that make no secret of their Afghani heritage. They are as hard as a hockey puck, raising the expectation of a bumper harvest. The penetrant odour given off by the plants is pretty much the same, fruity sweet with a slightly sour touch, like a blend of orange and lemon, underlaid with a woody note that reminds of fresh saw dust. Also structurally, both the plants' buds are very similar, with their multitude of gaudy orange pistils catching one's eye from distance. They've attained final heights of 69 and 78 cm. One plant exhibits a classically elongated head bud majestically standing proud from the centre, whereas the central cola of the other one only marginally reaches beyond the three longest side tops."

A few weeks later, the dry buds altogether tipped the scales at immense 236 grams which left the grow veteran deeply impressed: "Oh yes, Power Kush is a true bumper yielder! Driven by some amazing elementary power inherited from its old-school parents Afghani and Skunk #1, this strain has catapulted itself into the harvest Champions League." Once the buds were dry, that fruity element had somewhat receded and the woody note stepped into the foreground a bit more. Commented The Doc: "These gorgeous dry buds are much more noticeably smelling of sandalwood now, but to the same degree of orange. Yes, sandalwood-orange is a fitting odour description for this fine odoriferous kind of marijuana." 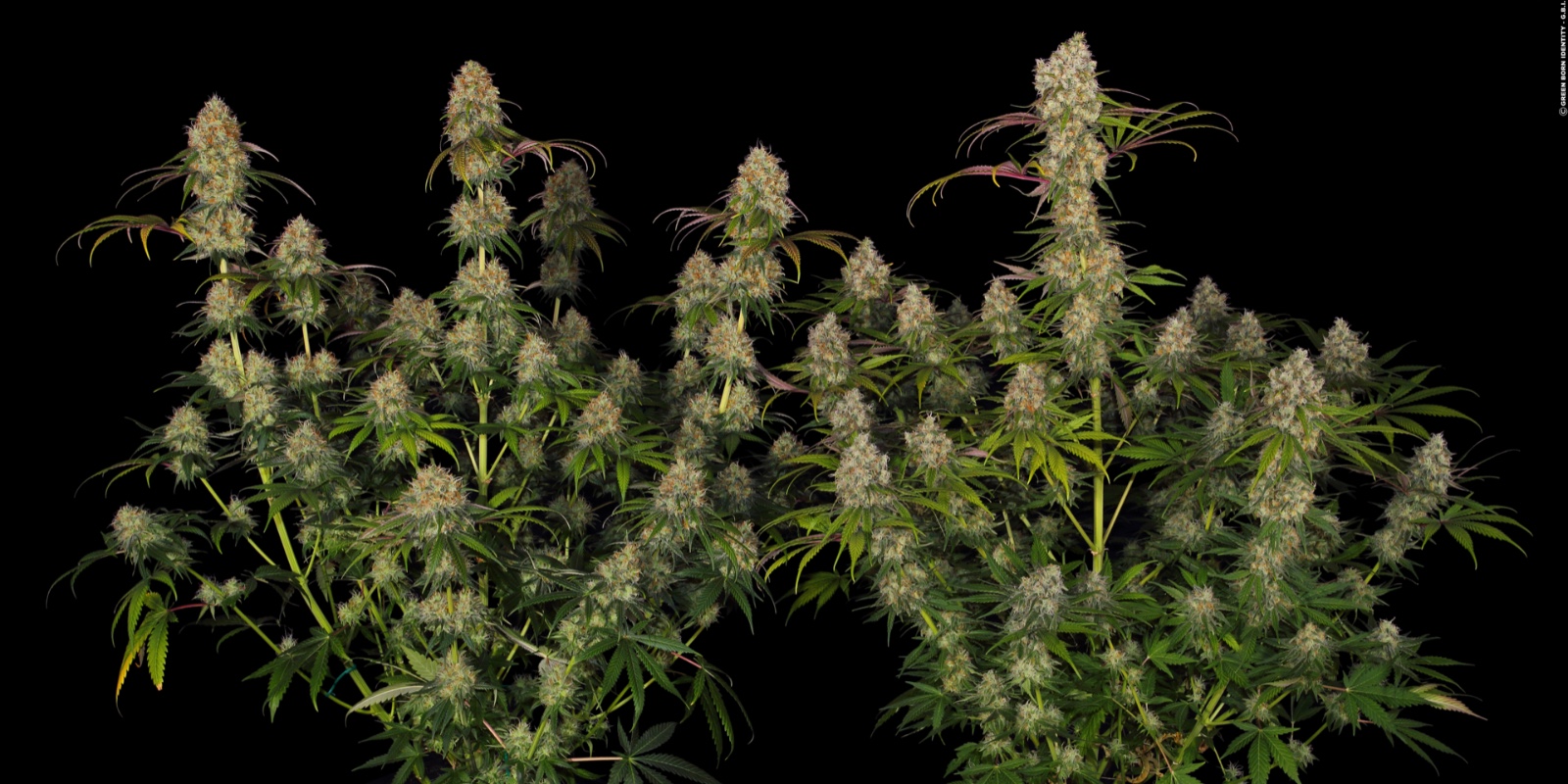 When The Doc took the first Power Kush hit off his Mighty vaporizer, he kept it in his mouth very long to slowly savour it. Much as the scent in his main attributes, the delicious taste proved to be two-dimensional: the exquisite orange flavour filled out his entire mouth on the inhale, but widely vanished on the exhale, giving way to a savoury, woody and piquant aftertaste. The first hit didn't spark the THC fire off in his head, but after the second one, The Doc felt his eyes pop open, his vision sharpen and a warm flame of serenity blazing up inside of him, gentle at first, but stronger with every additional hit, until he started to laugh without a reason! He was riding on this wave of euphoria for quite a while, about half an hour, before the physical effects of Power Kush got to work and made his whole body pleasantly go slack. Since it was early afternoon and he was well-rested, that effect didn't make him sleepy but solely deeply relaxed and he delved into a fascinating TV documentary about the universe which felt like a mind-expanding meditation to him. His final comment: "Hats off to this astoundingly strong hybrid! I wouldn't have expected Afghani and Skunk #1 to unleash that much vigour, their united elementary power is simply phenomenal, providing very high quality in all categories. Power Kush has won a firm place in my old grower's heart!" 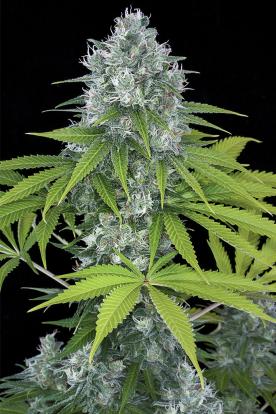