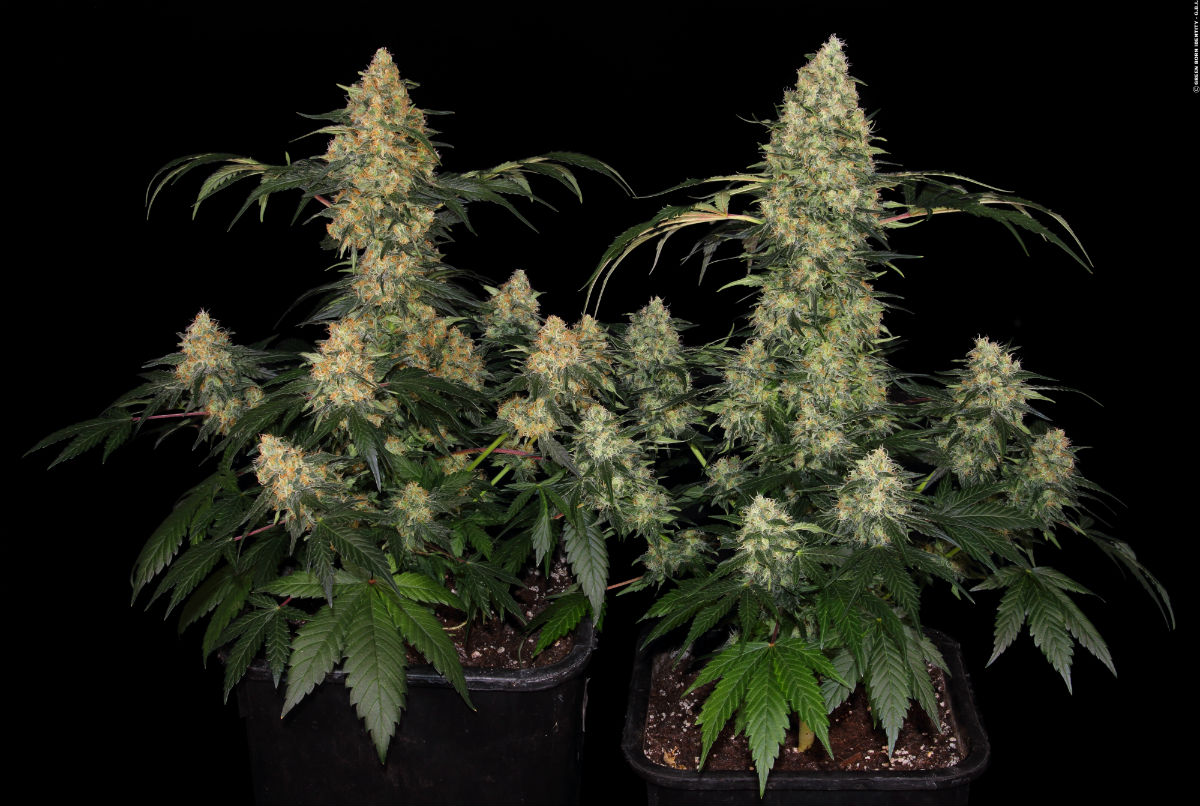 Who doesn't like them – juicy aromatic southern fruits with a sweet or sweet 'n sour taste. How wonderful is it then that mother nature has also enabled the buds of certain cannabis plants to produce such flavours. Yes it's a little wonder of nature that cannabis buds can smell and partly also taste like grapefruit, pineapple, tangerine and other fruits. So that weed-loving southern fruit aficionados can be in for a fruity cannabis treat if they choose respective strains for their grow room. As for example Dinafem's Sweet Deep Grapefruit indica-dominant (80% indica, 20% sativa) hybrid.

But its grapefruit mother isn't the only one fruity component involved, also from its male line of breeding, Sweet Deep Grapefruit has inherited markedly fruity genes – after all, its father plant is no less than the legendary Blueberry. The berry sweetness of which flowed into the cross, and thus a delicious fruity mix rich in nuances came about that according to Dinafem reminds of a freshly pressed fruit cocktail.

Thanks to the influence of the blueberry genetics, some Sweet Deep Grapefruit plants turn purple which regularly happens outdoors due to the colder climate. Talking about outdoors – this strain is an excellent choice for indoor and outdoor growers alike as in both environments, it can play out its productivity strength under optimum conditions. Under lights, after 55-65 flowering days growers can expect a harvest of up to 550g/m2, while outdoors the strain excels with up to 800 grams a plant, growing to heights of up to three metres and maturing mid to end of September (most often between 15th-25th) which is unusually early for a variety not explicitly bred for outdoors.

Sweet Deep Grapefruit is characterized by stout compact growth with short internodes and fat dense buds of notable size. Even its smallest buds must be considered as stately and are bigger than the smallest ones of many other strains. Another advantage is that it is a good friend to the grower with its low maintenance and easy management which makes it a suitable grow room companion for beginners, too.

The prevailing scent in this super fruity mix still is that of a fresh sour grapefruit, but secondary to this, there also is a sweet palatable tone that reminds me of grape must.

Driven by a THC count of 12-19%, it delivers a medium strong indica-dominant turn most of the times. Attributed to this strain by Dinafem are excellent therapeutic effects for a range of ailments such as sleep disorder, migraine, diminished appetite, slight depression and panic attacks. Also reported are cases of medical users treating an Irritable Bowel Syndrome with it. And it can also bring relief to those suffering from muscle or joint pains regardless whether they're caused by sporting activities or simply advanced age. Thanks to its non-devastating, more mellow stoney kind of indica buzz, medical users can keep their functionality and perform daily work activities such as simple household tasks. The Doc was looking forward to filling his storage jars with a tasty fruit strain once again and germinated two feminised Sweet Deep Grapefruit seeds.

Just as all the Dinafem seeds previously tested by him, they sprouted within considerably less than three days. Proving to be very vigorous, the two seedlings in quick succession pushed out one node after another – precisely in the manner described by Dinafem, with short internodes so that after two weeks of vegetative growth, they had a squat dark green appearance with heights of 19 and 21 cm, consisting of 8-9 internodes. The side branches had not spread outwards very much at that point, but - just like the whole plants - would substantially gain length in the following weeks, The Doc supposed. During the first 4.5 weeks of flowering, the two plants stretched upwards to twice their height then, but given their low vegetative heights, that meant they ended up at heights of less than 50 cm, remaining fairly small. "Small, but oh-so mighty!", commented The Doc. 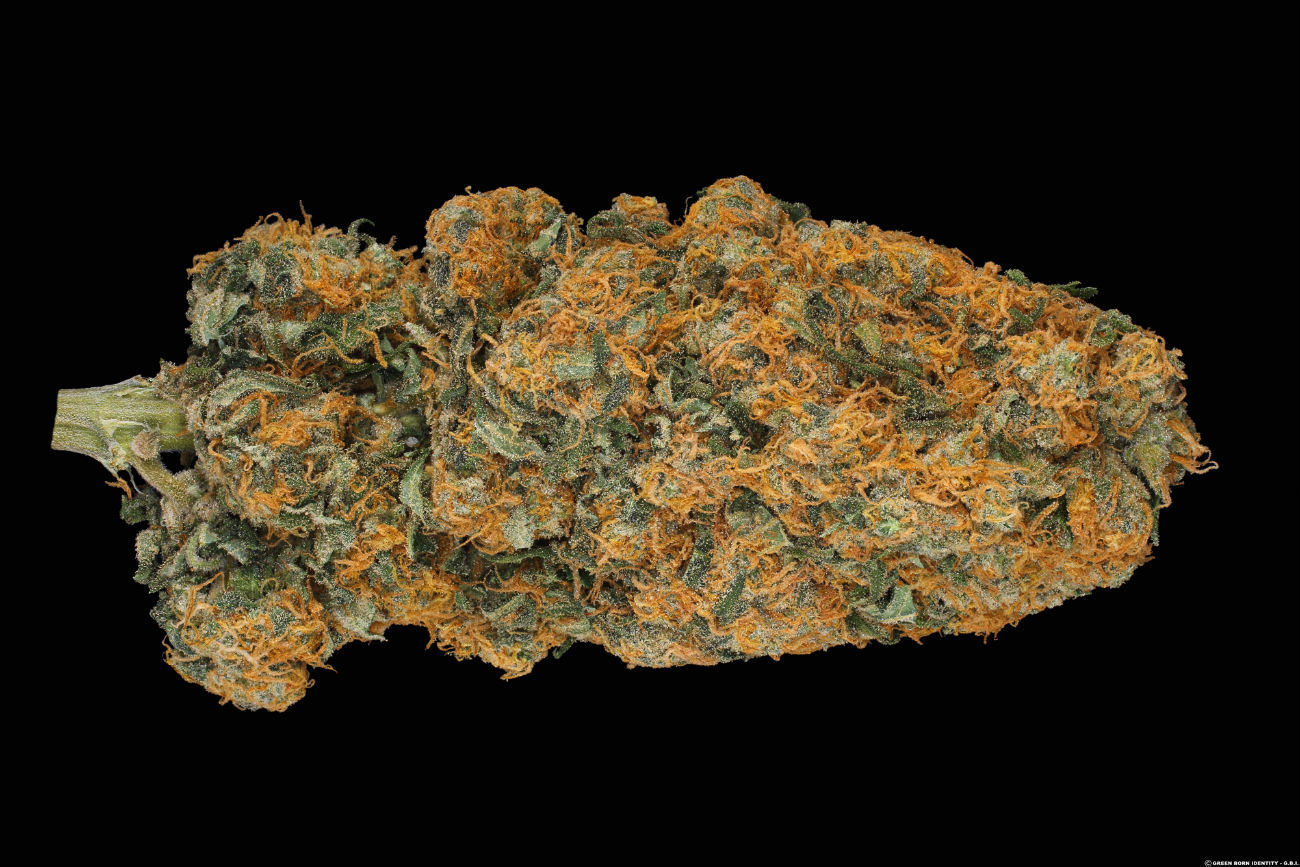 Because their flower production performance flabbergasted him: In the course of flowering, big bulbous buds were proliferating from every inch of the plants, looking enormously chubby and juicy, thus, fittingly, evoking an association of ripe aromatic southern fruits. Huge massive head buds were most impressively arising from the center, starting close above the ground and spiralling upwards by almost 40 cm. Surrounded by ample side buds that sat upon the branches like proud trophies. The buds of both plants not only displayed a remarkably low leaf share for an 80% indica variety, but also rich amounts of trichomes, even bigger leaves protruding from the buds were lavishly coated with resin.

This spectacular flowering show was brought to perfection by the intense captivating odour given off by the buds, because it entirely fulfilled Dinafem's fruity promise, as reported by The Doc: "Both plants have produced that sweet 'n sour fruit cocktail announced. Which is expectedly dominated by a strong grapefruit note, but there are also other fruit nuances involved that I cannot specify yet, guessing they'll get more pronounced during the drying process."

While both plants matured in due time, one of them needed about one week more than the other, with 65 days finishing precisely at the end of the official harvest window. Due to the comparatively low share of flowering leaves, The Doc's scissors almost flew through the plants. The total dry yield amounted to 138 grams, i.e. almost 70 grams per plant which The Doc regarded as absolutely phenomenal in view of the small plant sizes of 40 and 47 cm. He called the dry Sweet Deep Grapefruit aroma a "sheer delight" and, indeed, was now able to identify other fruity notes as well: "The prevailing scent in this super fruity mix still is that of a fresh sour grapefruit, but secondary to this, there also is a sweet palatable tone that reminds me of grape must, plus a subtle hint of pineapple." 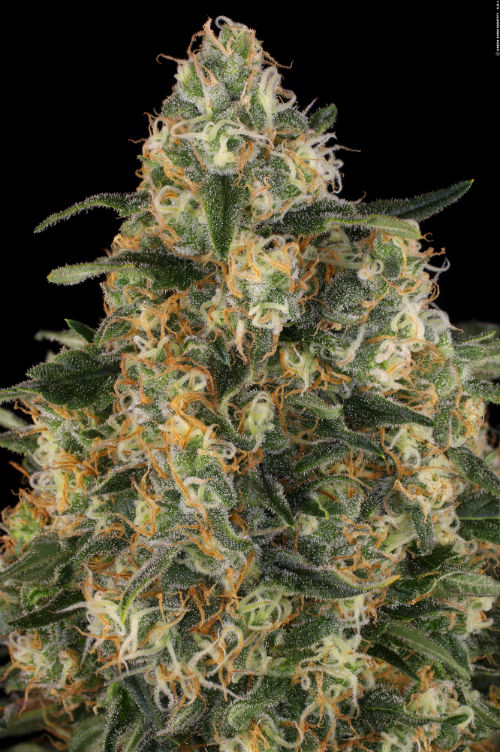 To test the psychoactive and medicinal abilities of Sweet Deep Grapefruit, The Doc rolled himself a fat spliff with half a gram of bud. The first strong sensations he felt while smoking were an exotically fruity flavour and the silky texture of a pleasantly sweetish smoke that felt wonderfully soft and mild when entering into his lungs. Reported The Doc, "the taste experience is just like the smell experience – first comes an intense sourly fresh grapefruit flavour and then undertones of sweet fruits like pineapple and nectarine are coming through in the aftertaste."

The effect started to fully set in after the third toke and felt like a warm wave that flushed any stress or tension out of his body and mind. With every hit from the spliff, the grow guru's chronic joint pains further abated and his thoughts and emotions were brightened, putting him in sublime mood: "Sweet Deep Grapefruit has proven to be a particularly friendly well-being provider that quickly takes you into a mental and physical comfort zone. It also makes you pretty stoned, but without a walloping knock-out blow, it's more sort of warm and easy instead. A saucy fruit in regard to flavour, but effect-wise a caring, devoted nurse who provides her healing service to the patient for two hours."

In conclusion, he laughingly said "for this kind of herbal fruit cocktail the motto is – loosely based on James Bond - ‚smoked, not stirred please'. Once again a true champion strain created by Dinafem, with great cultivation properties and a very beneficial medicinal effect. And cannabis medicine smelling and tasting that deliciously good even is a real feast for ganja gourmets." 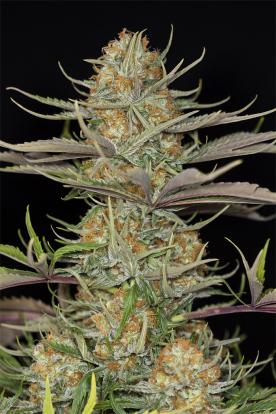