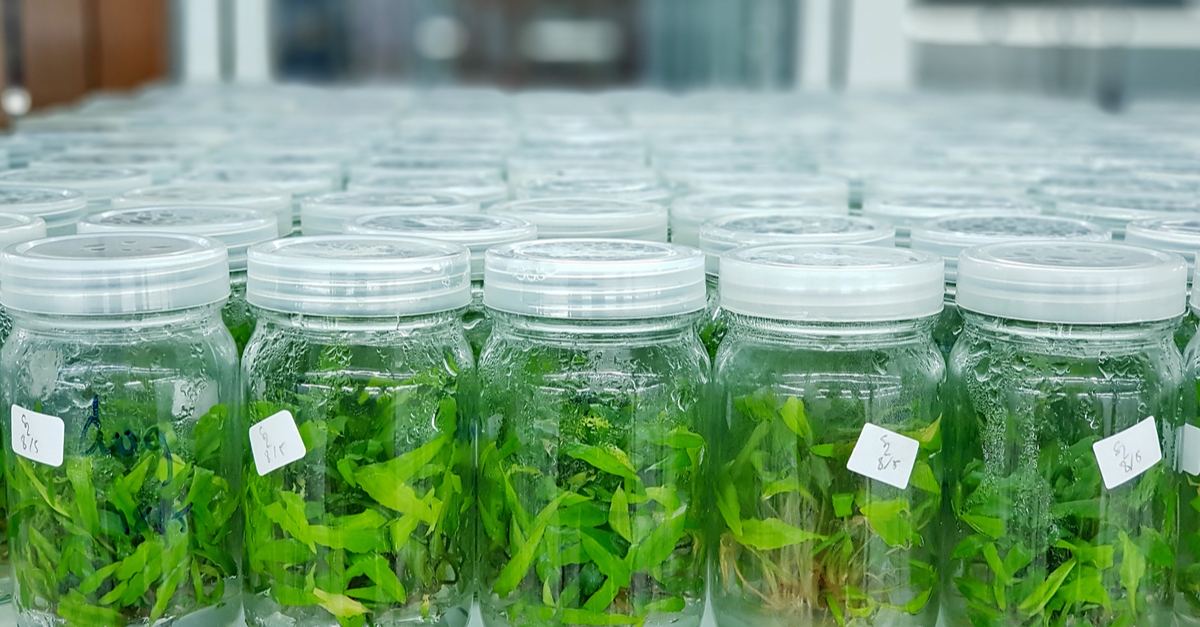 Micropropagation is a method of plant tissue culture that involves growing plants under laboratory conditions in vessels containing nutrient medium. The main advantage of micropropagation is that it allows to produce large amounts of sterile plantlets – free from viruses and infections – in really short time.

Used for producing new plants – often genetically modified – for propagating commercial plants – with or without seeds – and for preserving and propagating rare species, micropropagation allows to obtain an infinite number of plants from a limited amount of tissue at an extremely high multiplication rate. 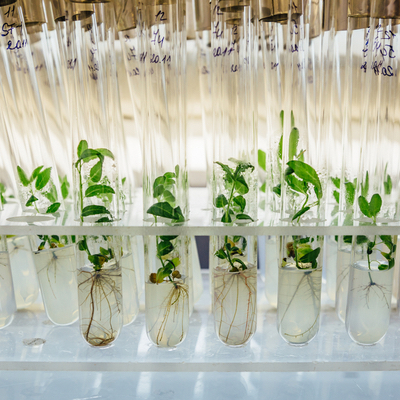 Plant tissue culture, including micropropagation, can only be carried out in a laboratory equipped with state-of-the-art technology, which needs to be scrupulously clean as working in a sterile environment that is free from viruses and bacteria is essential for a successful result.

Micropropagation depends largely on the hormonal balance of the culture, namely the selected levels of auxins and cytokinins.

Balanced levels of auxins and cytokinins, instead, give rise to plant calluses, a mass of unorganised cells resulting from uncontrolled cell proliferation that do not constitute a specific plant tissue or organ. 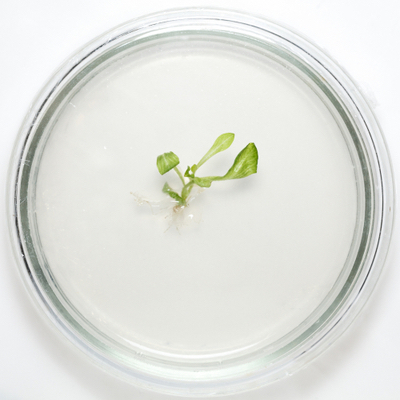 Multiplication: Allows large scale proliferation of plants from a cell or tissue fragment. Similar to propagation through cuttings, multiplication uses axillary buds or nodes and induces them to proliferate into plants that are genetically identical to the original plant.

Meristem culture: Meristems are tissues containing undifferentiated cells which give rise to the organs that make up the plant. Meristem culture allows to produce identical copies of the original plant, with the advantage that the resulting individuals are completely virus-free.

Protoplast isolation: Protoplasts are cells whose cell wall has been removed. These are obtained from explants – pieces of tissue that are generally extracted from the lamina of young leaves – and are fused together for creating new strains, which typically show cytoplasmic inheritance.

Embryo preservation: Embryo preservation refers to the in vitro growth of early embryos. The technique is used to protect the embryos from the development inhibitors present in maternal tissues (in interspecific cross breeding), as well as to accelerate growth cycles.