Growers usually pick a strain because of its aromas, tastes, or effects, although small-scale growers or large-scale legal cultivations also pick for yield.

The size of the plant could be a decision-making difference since small growers may lack space while large-scale growers may want to optimise every inch of the space available, setting up, for example, vertical grows.

Another key point for cannabis growers could be the length of the flowering stage, the plants' resistance to fungi and pests as well as their genetic stability. They are all complementary features that contribute to the preservation of the plant in the long run both for the small and professional growers.

As previously mentioned, the reasons for picking one strain over another are 100% subjective. It's a totally personal choice. 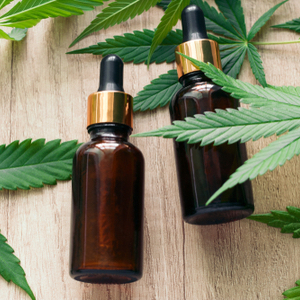 The emotional turmoil evoked by the scent of a cannabis plant can vary from one person to another. Some may feel elated when smelling a particular strain while others could find it really unpleasant.

There's nothing wrong with that. It's just a matter of personal taste. You may be attracted by the terpene profile of Original Amnesia, dominated by limonene, reminiscent of lemon groves and orange groves, with extremely varied citrus scents, or maybe you're more into California Hash Plant, rich in myrcene, with earthy and forest-like undernotes.

If you fall for a particular strain because it makes you feel on cloud nine, be sure to keep it!

When coming across an extremely delicious taste, it's just the same. Whether it's for vaping or for smoking, if you enjoy the flavour of a particular plant, don't think it twice and keep a cutting of it for yourself.

Even if your friends tell you otherwise, you're the master of your own decisions. Diversity is always positive and it could also happen to you that you dislike the taste of one of their favourite varieties.

There's nothing better than letting yourself be carried away by emotions and impulses in your romantic life, with your friends, when picking a dish, buying any materialistic thing, or simply when freeing your natural appetite. 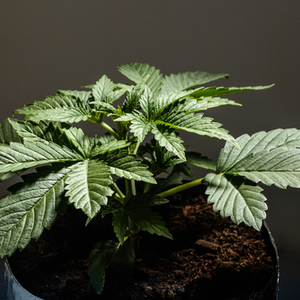 The effect of a marijuana phenotype could vary wildly within the same genetic line-up for a variety of reasons such as the cannabinoid profile of the pheno as well as the user's biochemical composition.

All this has a direct effect on the way it affects each one of us. The biological conception varies from one person to another, meaning we must only trust our own experience although even that can be different depending on our physical and mental state.

If you've found a variety that suits your tastes, relaxes both body and mind while infusing a pleasant sense of euphoria, or simply makes you feel happy, no doubt that's a strain to keep for future cultivation.

With the main organoleptic qualities that could draw your attention on the table, it's time to talk about a very important aspect that has a direct impact on the optimisation of the space available: the size of cannabis plants.

Cannabis grower cultivating for personal use with a 2.3-2.5 m high growing room can pick any strain they want to. If their growing space only reaches 1 metre in height, or even less, things could get complicated for only a small plant could be grown in there.

The same goes for those professional growers who prioritise the yield per square metre. The size of the plants plays an important and valuable complementary role in the achievement of better yields. Especially in indoor vertical grows.

The yield of a marijuana plant can also be a phenotypic selection criterion. Some small growers may pick for yield because of a lack of space or because they can only enjoy the process of growing their favourite plant during a very specific time of the year and need to stock up for the remaining months.

For professional growers, this aspect relies heavily on the plant size as their goal is to harvest as many dense and resinous flowers as possible.

Length of the flowering period 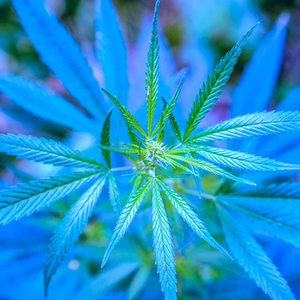 The blooming stage is key for the vast majority of growers because, depending on its length, they'll be able to fit in more harvests into one season.

Here too, it's one's personal choice. Professional growers cultivating in large legal facilities consider it a top priority as they can obtain bountiful indica harvests in a flash, thereby increasing their profitability and relieving the financial burden.

Small-scale growers willing to fit in several harvests each year or with little time for growing weed may also find this aspect very interesting.

Resistance to fungi and pests

Pests and fungi affect professional growers more heavily as they can cause them greater financial losses due to the loss of production and cost of plant-protection products.

Small-scale growers will also have their yields affected, which would be a major step backwards for those lacking time and space.

For all these reasons, it's crucial to pick plants whose phenotype boasts a resistant immune system in line with the environmental conditions of the growing space, whether it's indoors, outdoors, or in a greenhouse.

This aspect needs to be taken very seriously for, however extraordinary the specimen can seem, if it shows any mutation or deformity during its growth, it's quite likely to end badly.

The same with hermaphroditism. Plants with mutations, deformities, or hermaphroditism could make it 'till the end, however, the long-term preservation of these specimens is not viable. 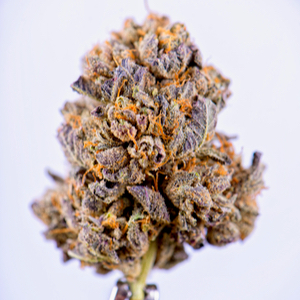 It goes without saying that the features of each pheno are written in their DNA and as such will remain there forever, appearing on and on and on no matter how many times we grow them.

It's the same with degeneration. There's no way we can modify them and will keep appearing on a recurring basis.

So, in conclusion, if you happen to find one of these phenotypes we strongly advise you to discard the entire line-up. It may be hard, but it's the best thing you can do.

All these problems could lead to the development of unworkable plants that are impossible to grow. Don't waste your time and money on a plant doomed to fail from its birth.