By surfing all kinds of cannabis sites, we have noticed that in the last few years a new name has started being used to refer to what had hitherto been known as 'variety'. This is the word 'cultivar'.

So what really is a cultivar? Is it a new name regarding the distinctive features of a plant at horticultural or botanical level? Or is it simply a neologism?

Nowadays some of the terminology used to classify different cannabis types or species has lost its original meaning, as is the case of the words 'Sativa' and 'Indica'. These terms were initially used to differentiate plants according to their structural development (leaf shape and size, plant size, internodal spacing, etc.)

With the evolution of marijuana culture, the original meaning of this terminology has seen a gradual shift, with these terms becoming more connected to a specific type of effect.

This makes us wonder whether the term 'cultivar' has also followed the same trend, and whether it now refers to something different from its original meaning.

What is a cannabis cultivar?

'Cultivar' is short for 'Cultivated Variety', i.e. a horticultural, non-taxonomic category, as you may have already guessed.

This term is used to describe a plant that has been selected, modified or improved through human intervention. It is a hybrid created either voluntarily or by accident, grown and selected in a natural environment or in surroundings that reproduce the same conditions you would find in nature. 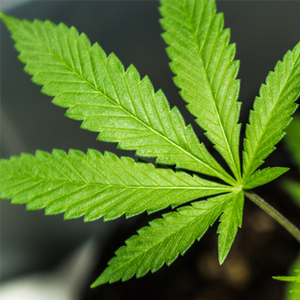 Nonetheless, it should be noted that a cultivar exhibits some distinctive features that deserve a specific and unique denomination. In this case, the origin of the variety used is not maintained, but it needs to be proven that the general characteristics of the plant, or resulting hybrid, are different from those of the source plant or hybrid, and that they originate from a real selection process.

The genetic offspring of cultivars obtained from the reproduction of cuttings guarantees the multiplication of genetically identical copies, which therefore exhibit identical characteristics in every sense of the word.

In order to obtain a good cultivar in the form of a cannabis seed, it is necessary to apply some breeding techiques, i.e. several backcrosses during several generations. This is a pattern that must be followed to fix the exact identity of the original cultivar and thus achieve a stable and viable version.

There is an international organisation responsible for the registration of cultivars: the International Cultivar Registration Authority. Registration is voluntary and has nothing to do with a plant's characterisation with regards to intellectual property rights.

The role of this organisation is only to ratify the veracity of a cultivar's differentiation and classification when an official registration is requested. Any other required legal rights for more complex official administrative processes are usually done through comprehensive research programs or in collaboration with institutional bodies.

What is a cannabis variety?

Below we explain what a plant variety is from the viewpoint of botanical classification. We also show how to easily distinguish a strain from a subspecies and a Landrace.

In botany, a plant variety represents a taxonomic category of a lower level than the species category. We can talk of a plant variety when different individuals from the same species evolve differently in a similar habitat, for genetic reasons, and exhibit characteristic changes that are accredited, distinctive, and totally natural.

Therefore, and in contrast with a cultivar, a variety suffers changes naturally, without human intervention. Unfortunately, nowadays many people mistakenly use the word 'cultivar' to refer to what is in fact a variety. 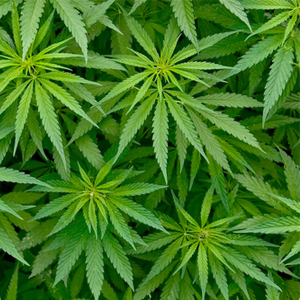 A strain should also not be confused with a variety. The term 'strain' is often used in microbiology and virology to describe a microorganism's genetic variety or subtype.

This terminology is rarely used in the world of botany. It is sometimes used in reproduction, but its most common use refers to genetic modification. The term 'strain' can be correctly used to refer to a plant whose genes have been modified.

Like 'gender' and 'species', 'subspecies' is a classified taxonomic category below the 'species' category. Subspecies are isolated species of other individuals of the same species but in a different habitat. 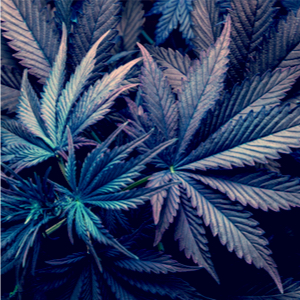 This name doesn't correspond to a taxonomic classification but it refers to populations of domesticated individuals that have adapted to a specific local habitat. A Landrace is a halfway mix between a variety and a cultivar, as it is influenced by both human selection and the natural environment.

The main advantage of their endemic condition is that, as they have adapted to the same environment for many generations, they are really stable varieties, with uniform yields. They also have a really resistant immune system that protects them against the pathogens and pests found in their original environment.

Landrace specimens are perfect for the stabilisation of complex polyhybrids or for the improvement of the characteristics of hybrids regarding quality, immunity, or productivity. Unfortunately, due to globalisation and mass exodus to the big cities, Landraces are gradually becoming a relic of the past.