THCA, or tetrahydrocannabinolic acid, is a tetrahydrocannabinol (THC) biosynthetic precursor that up until now has been treated as an inactive cannabis compound, something that couldn't be further from the truth. Although most cannabis research studies have focused mainly on THC, there is growing evidence that THCA may also hold important medical properties.

Unlike THC, THCA is a non-psychoactive cannabinoid found in the fresh leaves and flowers of the cannabis plant, that have not yet been dried, cured, or heated. As the plant dries out, THCA slowly turns into THC. Heat and light accelerate this transformation process in what is known as decarboxylation, which is exactly what happens when you smoke or vape flowers, thereby obtaining THCA's psychoactive form, i.e. THC.

The cannabis plant produces all cannabinoids in their acidic form. Instead of directly producing THC and CBD, THCA (tetrahydrocannabinolic acid) and CBDA (cannabidiolic acid) are synthesised from their precursor, CBGA (cannabigerolic acid), which is regarded as the stem cell of cannabinoids. A simple way of remembering this is by looking at the missing letter in the acronym THC: the 'A' for 'acid'. The acidic precursors are considered thermally unstable, which is another way of explaining why they get altered when they're exposed to heat.

Therefore, the difference between THCA and THC is a carboxylic group in its chemical formula (-COOH at the end of the chain). When you smoke, vape or cook cannabis, heat eliminates this carboxylic group; THCA produces CO2 and thereby loses approximately 12% of its weight. Without -COOH, THC can freely bind to the body's cell receptors, and that's how it activates.

The reason for this is THCA's three-dimensional form; it is a larger molecule that doesn't fit into our cannabinoid receptors, specifically the CB1 receptors. Cannabinoids need to fit into the brain's CB1 receptors in order to produce a psychoactive effect. That's why you don't feel high when you eat raw cannabis.

If you have a look at a strain's specific lab analysis data sheet, you'll see that THC or THCA is the most abundant cannabinoid, with an average content of 10-20%. THCA refers more precisely to the flowers that haven't been decarboxylated, but it essentially means the same for those users who have the intention of smoking, vaping, or heating the product in some way.

What are THCA's effects and properties?

THCA doesn't produce any psychoactive effects. That's why users don't usually eat the cannabis leaves, although perhaps the characteristic spicy taste of raw weed may have something to do with it too. However, raw cannabis is regarded as an underappreciated superfood. So will we eventually find cannabis leaves in supermarkets? This is pretty unlikely, but they certainly deserve a place on the shelves next to coriander and parsley.

According to current research studies, THCA offers much promise in the treatment of several disorders such as epilepsy, thanks to its anti-inflammatory, neuroprotective, and antiemetic (anti-vomiting) properties. All this means that THCA could also be of great value for those who seek relief from inflammatory diseases like arthritis or lupus, or neurodegenerative disorders such as Alzheimer's or Parkinson's disease.

But one of THCA's most significant characteristics is its apparent ability to work in very low doses (between 10 and 100 times lower than the required THC dosage). By also being more abundant than THC or CBD, this increases THCA's therapeutic potential.

The anti-nausea effect produced by smoking marijuana could be partly due to the small amount of THCA that remains when weed is burnt. When you smoke cannabis, it is estimated that more than 95% of THCA becomes THC. This means that a smoker would still be inhaling a small amount of THCA, which could also have certain therapeutic effects.

Although preclinical research on THCA has been rather confusing up until now, the fact that doctors and patients are reporting positive health effects produced by THCA in very low concentrations is a sign that we still have a lot to learn about this cannabinoid. 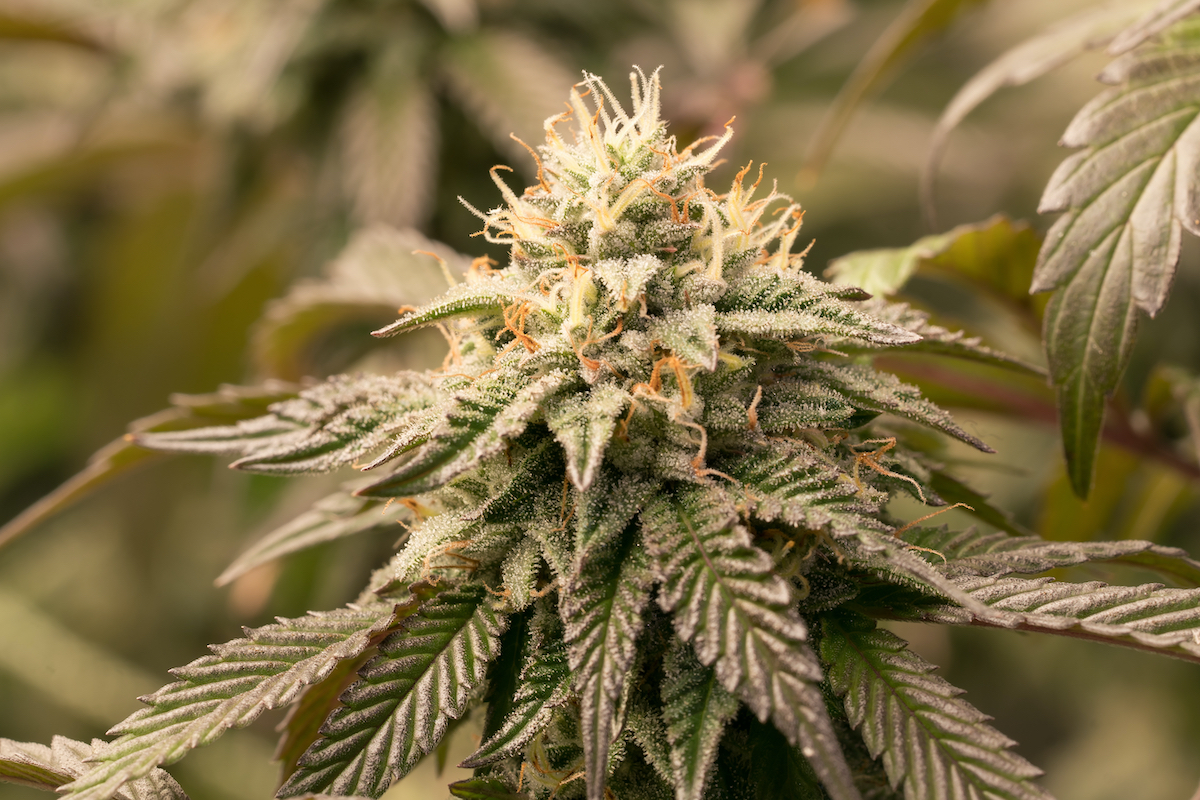 THCA and the cannabis plant

In addition to its medical properties, THCA is believed to have many other functions regarding the cannabis plant. Research studies suggest that THCA protects the leaves from the damaging UV-B light radiation. Other studies have reported that THCA produces necrosis in leaves. This is an intriguing fact as THCA resides on the trichomes' resin glands that are precisely located on the surface of the cannabis leaves and flowers. But when the cannabis plant secretes this chemical on its leaves, it produces necrosis, making the cells die.

This action keeps the mature plant healthy as it helps eliminate dead or damaged cells, or cells that are about to die. In a sense, THCA works as an external immune system that offers the plant the ability to trim itself and recycle nutrients by taking them to other parts of the plant. This acidic cannabinoid can also protect the plant from microbial pathogens. That's why, when humans consume THCA, they're also consuming part of the natural pharmacological properties that the cannabis plant creates to protect and heal itself.

Where can you find THCA?

With such a wide offer of health benefits, it's no wonder so many patients include raw cannabis in their treatments. Although some full spectrum cannabis oils are based on raw plants, most patients obtain their daily THCA dosage by adding green cannabis to their diet in the form of:

THCA can also be found in concentrates: when the THCA content of a cannabis plant is isolated, the crystalline THCA can be extracted and consumed in its pure form. Truth be told, this has little aroma or flavour, as the aim of most cannabis extracts is to eliminate terpenes and flavonoids in order to isolate cannabinoids. However, many producers reintroduce terpene blends in their concentrates to improve their flavour but also to produce the 'entourage effect' so terpenes can work in synergy with cannabinoids, which in turn increases marijuana's therapeutic potential. 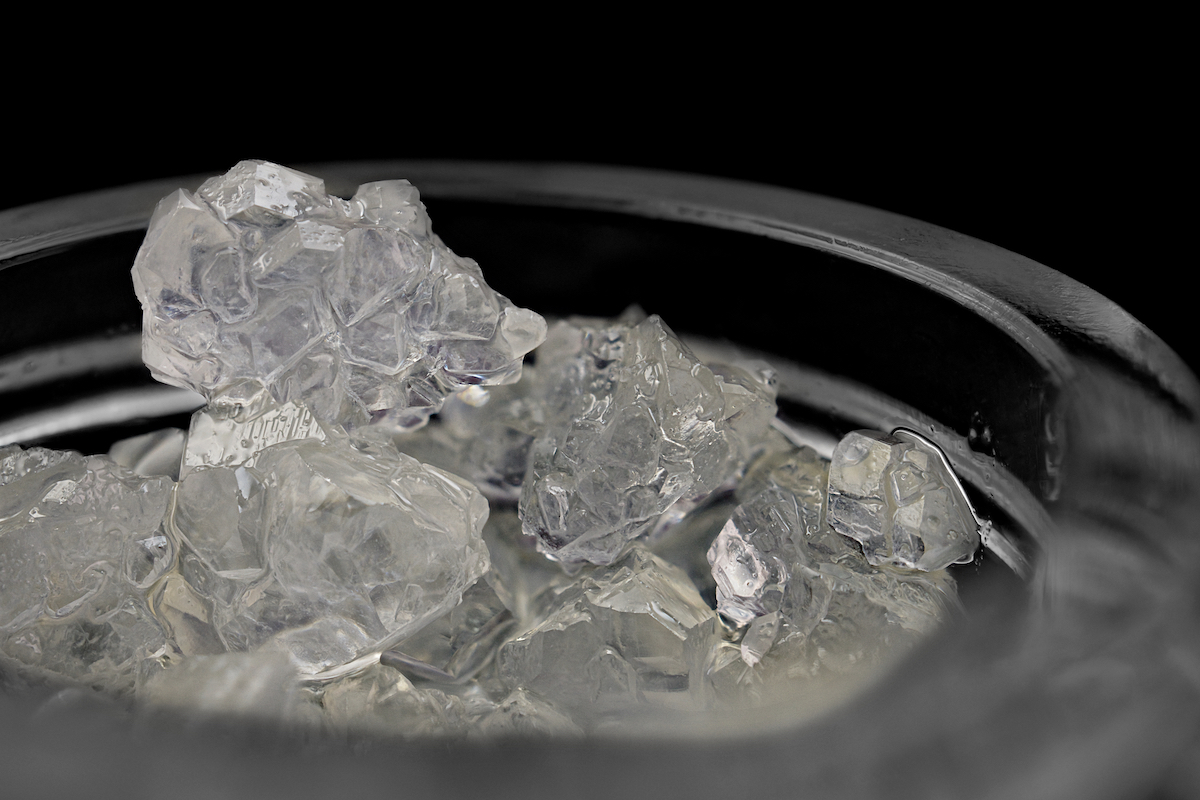 So whether it's smoked, ingested, vaped, or mixed with juice, understanding the properties of the cannabis plant and how it interacts with our body is crucial to achieve the desired effects. Each and every cannabis molecule has its own properties, and as raw cannabis is studied further we can rest easy knowing that it is safe to include it in a healthy diet.