Sofía used to smoke cannabis for fun. She found it pleasurable and was her way to relax for many years. Until one day the plant took on a whole new meaning for her, becoming her only relief during her recovery from an invasive back surgery. With the aid of cannabinoids, she went off her medication, which caused her to have frightening hallucinations, and was able to sleep again.

Meet Sofía Jiménez, a young woman whose life revolves around cannabis in many ways, and creator of a cannabis-infused wine produced organically in Spain with grapes grown in Cordoba and hemp from the Alpujarras, Granada.

Sofía was only four when her spine started to curve. As she grew, so did her malformation, and while she was recommended surgery, her parents were wary of the consequences of such an invasive procedure. In the absence of a treatment, her back continued to deteriorate until, at the age of 31, by which time she had gathered sufficient information to understand the risks of surgery, she eventually found a doctor in Spain experienced in the Daytona technique, a surgical procedure that allows to correct deformities associated with scoliosis faster and with fewer screws than the standard procedure, the so-called Harrington technique.

"By the age of 31, my spine had curved 50 degrees. The pain was excruciating, and only cannabis would bring some relief," she explains. It's been a year since the operation, but Sofía remembers it like it was yesterday – rather than the surgery, the post-surgery. She was prescribed tramadol and a muscle relaxant to help her deal with the pain, but after only five days, she had had enough of the medication. "I had hallucinations. One night, they got so bad that I had to call the doctor, but he just said it was all normal, so I got rid of the meds. At that point, the only thing that helped me sleep was cannabis, which also relaxed me a lot. I smoked it and I also used oils. It had nothing to do with tramadol, not in the least," she adds.

She says the worst came at night: "Pain intensifies when it gets dark, and calms down gradually as the sun rises." A 38-cm scar bears witness to the 18 screws and two titanium bars that have straightened her back and changed her life. One year on from the surgery, Sofía lives a normal life. "My quality of life has improved dramatically compared to when my spine was curved." And not just for medical reasons. 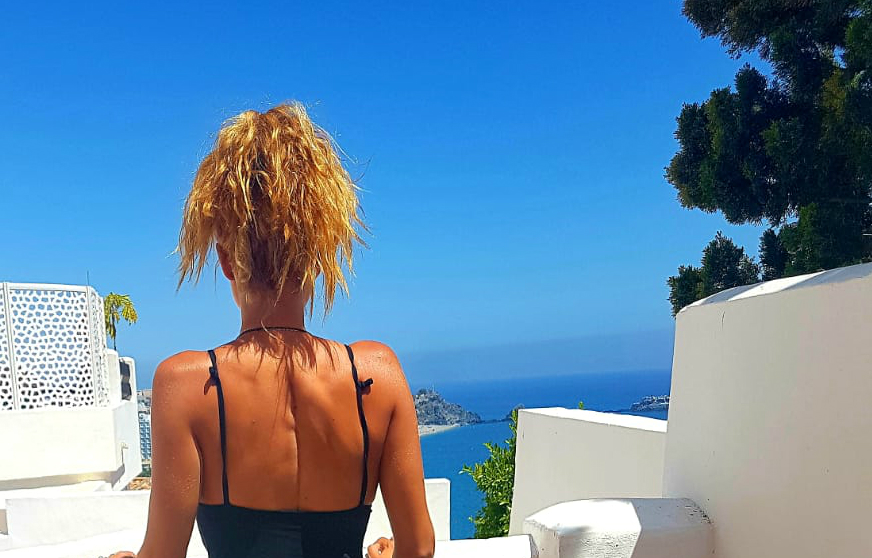 A few months after the operation, Sofía decided to relocate, replacing Madrid's noise and bustle with the tranquillity of the Granada coast. Five years earlier, she and her boyfriend Raúl had founded Secret & Exclusive Wines, a distributor they ran in Madrid, but they soon realised that wines other than Rioja, Ribera and Rueda were really hard to find on the market, and that far too many producers used chemical additives.

Aware that "consumers are increasingly interested in what they eat and drink," and being lovers of natural food themselves, they switched to selling artisan wines, mainly Montilla-Moriles, a designation of origin from Cordoba. After all, Sofía comes from a family of Cordoban vintners – so nothing could really go wrong. 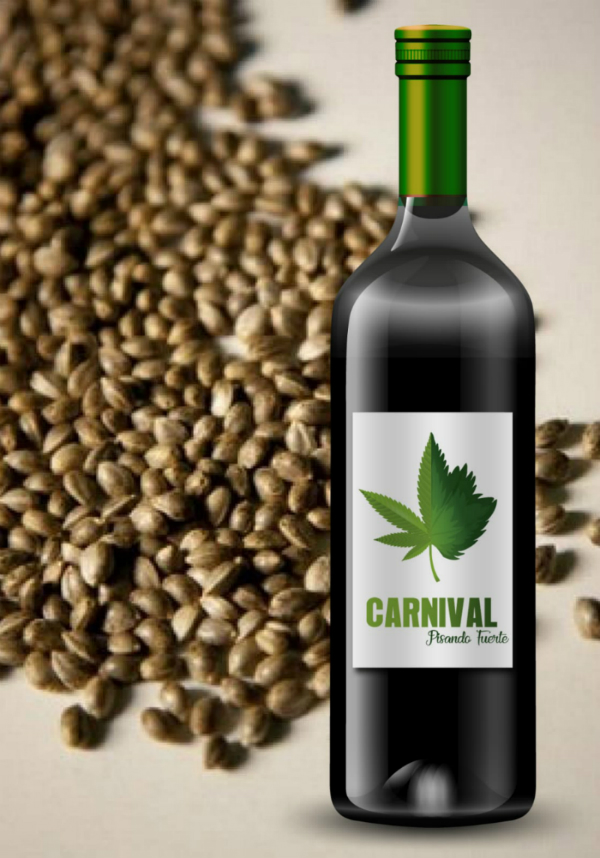 After half a decade selling wines with personality, and inspired by Sofía's other great passion, namely cannabis, they took the next natural step and created a wine of their own. This is how they started to work with Bodegas Cabriñana, a family-run winery located in the Sierra de Montilla, Cordoba, which they both trust entirely. "They work exclusively with Pedro Ximenez grape, and they only use natural methods, with no added alcohol," Sofía says.

"They're committed to innovation and diversity", she adds. An innovation that meets tradition in a winery that has been in business since 1925 and where all wines are produced to the standards of the Montilla-Moriles Designation of origin. Another distinctive feature of Cabriñana is its owners' passion for rock music, an inclination that is reflected in the winery's name – they've nicknamed themselves "Rock Winery" – and even in the live concerts that spice up they guided tours.

For the co-creation of the cannabis-infused wine Carnival, they combine Tempranillo and Syrah grape varieties with Cannabis sativa L. grown in the Alpujarras. Both the vines and the cannabis are cultivated organically without chemical pesticides. Instead, sulphites are employed to control the pests directly at soil level.

To infuse the aromas of the cannabis – of a strain which contains 0.12 per cent THC and 4.31 per cent CBD – the grapes and cannabis flowers are left to steep in a steel container for a few days. One of the things Sofía appreciates most about this strain is the terpene profile: "We give great importance to terpenes, because when it comes to wine, the aroma matters a lot." 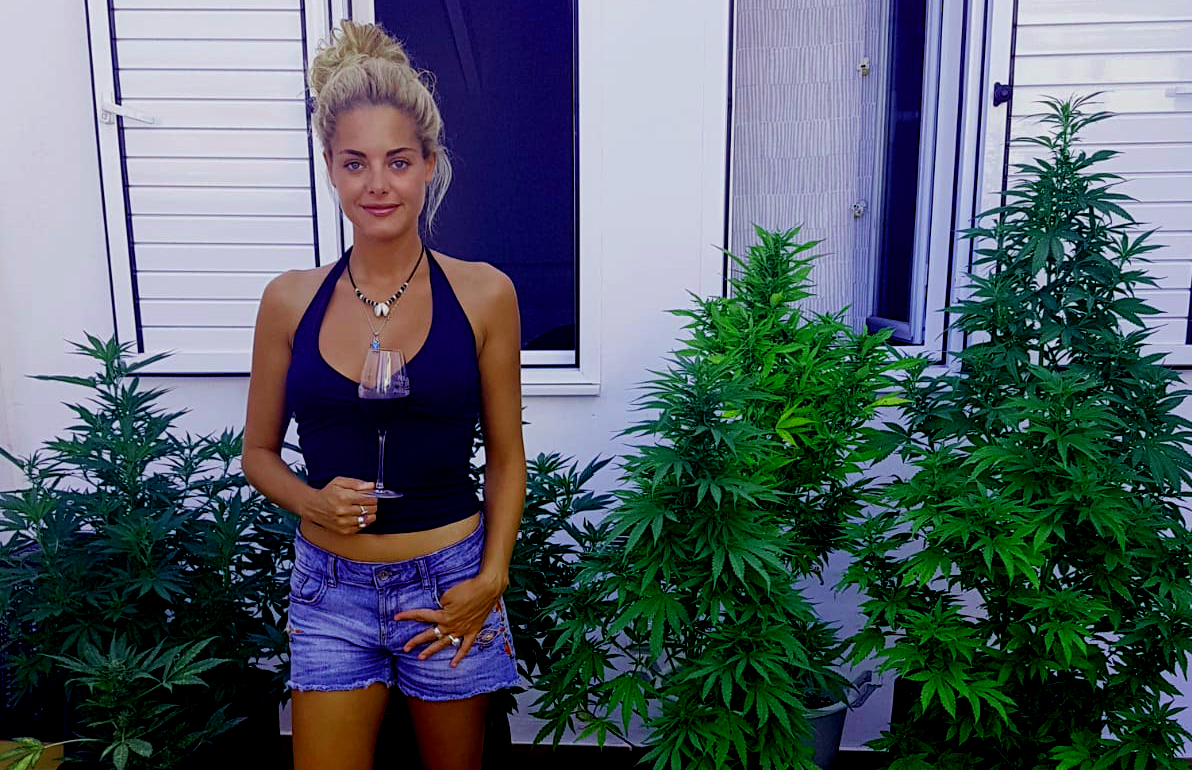