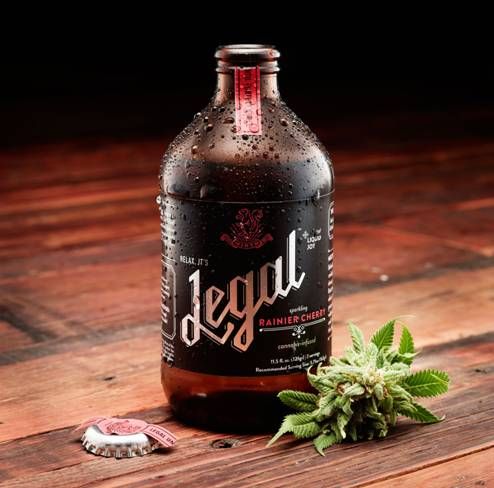 Throughout history, medical marijuana has been used in all sorts of preparations, with infusion emerging as one of the healthiest, most widespread applications. Cannabis tea has always represented a healthier, softer alternative to smoking, and has been widely used as a homemade remedy against pregnancy nausea and stress in countries as far afield as Jamaica and India.

Infused cannabis has a slower onset of action and is generally less invasive. Some cannabis compounds such as THC and CBD are virtually insoluble in water, yet with the advances in technology things are starting to change and some companies are already producing cannabinoid-infused drinks - the cannabinoids are immersed in liquid so that it absorbs the flavour, the aroma, the colour and the properties - opening up a realm of possibilities previously unthinkable, such as CBD-infused water.

Some brands in the US are already offering a combination of pure water and CBD - the most widely used cannabinoid in medicine and pain therapy - a hydrating, beneficial drink that relaxes the body and helps soothe muscle tenderness. 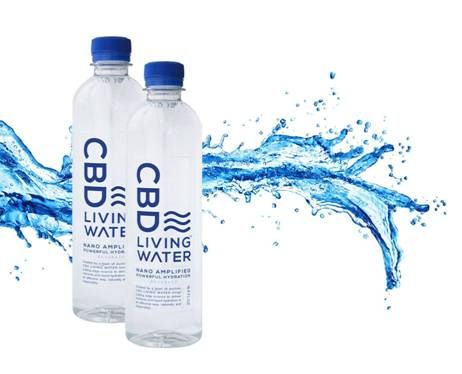 The anti-inflammatory properties of CBD have attracted the interest of the sporting world, where injuries are an everyday occurrence. In fact, by suppressing THC, cannabis can contribute to alleviating muscle spasm, to reducing nausea and to fighting insomnia.

Prior to infusing the CBD in water, companies like CBD Living Water have nano-sized the cannabinoid into tiny particles -one millionth of their size - and encapsulated them in water clusters, a process that makes them immediately available to the body, enhancing the therapeutic effect of the cannabinoid.

When using marijuana, CBD acts as a THC antagonist, moderating and neutralising some of its effects. Accordingly, some companies thought that cannabidiol-infused beverages could constitute a good way of counteracting the psychoactive effects of cannabis when they start to feel unpleasant, particularly for first timers. 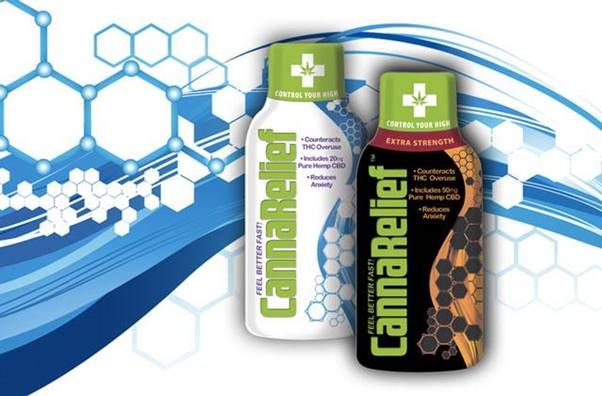 One of these companies is CannaSafety, which has developed an energetic drink called Cannarelief that contains minerals, vitamins and a high concentration of CBD and that helps reduce the unpleasant effects of cannabis overuse, including dizziness, imbalance, loss of sense of time and nausea. And apparently, it works.

Cannabis and beer, closer than you thought

Hop, one of the ingredients used for brewing beer, and cannabis belong both to the Cannabaceae family. The similarities between the two plants are astonishing and range from the terpenes - the natural compounds responsible for the flavour and aroma of the flowers - to the harvesting methods, as in both cases the female flowers are used for human consumption. The fusion between beer and cannabis could thus be regarded as a most natural alliance, yet this is not exactly the case. 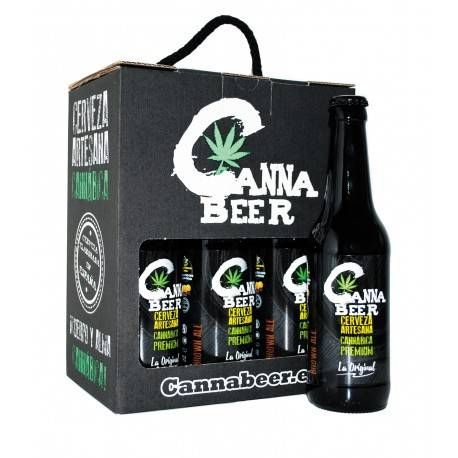 It is not advisable to replace hop with cannabis, although it is possible to mix both ingredients in a beer or use them as flavouring. There are some cannabis beers available in the market, the thing is that the infusion process makes them lose all of their THC. Instead, most of them are flavoured with terpenes and hemp, such Cannabeer in Spain, or alternatively with some CBD, like Dude's Brews in the US.

Clearly, the American cannabis industry is betting big on CBD-rich products, mainly because most of the states that have legalised marijuana apply restrictions to the psychoactive compounds used in therapeutic products. There are some exceptions, though, and in states like Washington and Colorado cannabis is fully legal. This includes recreational use, meaning that these states have made available a wide range of THC-based products -the most potent cannabinoid -aimed at entertainment.

Among other things, users can now enjoy recreational beverages like Legal, a tonic that contains 20 mg THC, and some stronger options like CannaPunch OMG Bold, a soda containing 151 mg, and Cannabis Quencher, a lemonade containing 200 mg, all of which represent alternatives to the pervasive alcohol culture. 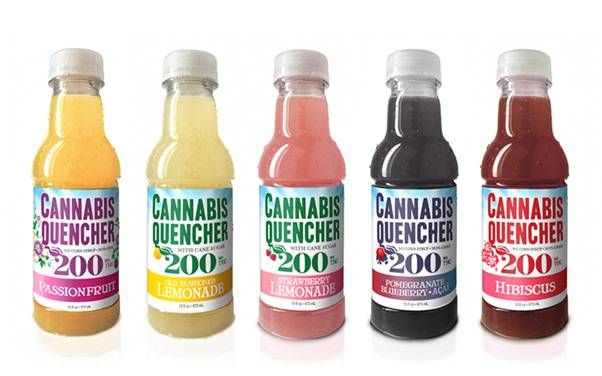 Many cannabis users have seen their quality of life improved thanks to these beverages, and can now order a cannabis-infused tonic instead of the customary beer when they go out for a drink, which is definitely a simpler and more lung-friendly way of consuming THC than the hackneyed ritual of smoking.

Another popular ritual among cannabis users is mixing coffee with cigarettes, a balance of caffeine and cannabinoids very widespread in Amsterdam, where cannabis is often consumed in coffee shops. An American company has wasted no time and has turned this custom into a product, a coffee marketed under the name Catapulta. Definitely, a different way to start the day off.

The brewing process involves infusing the coffee beans in oil extracted from cannabis Sativa plants and the resulting coffee takes around 45 minutes and an hour and a half to kick in. Each cup contains about 10 mg THC - the maximum permitted dose in states such as Washington - and might therefore not be quite enough for frequent users, who might need a couple of cups to feel the effects.

Wine made from Catalan grapes and hemp

As for Europe, the Spanish company Cannawine offers a wine/CBD combination that is legal in Spain and that seeks to combine one of the best wines in the country with the medicinal properties of cannabis. The founder of the firm, Josep María Funtané, overcame cancer twice with the help of CBD therapy, an experience that prompted him to create a beverage intended not only for recreational use but also for pain relief.

Made from grapes grown in the Costa Brava and hemp from the Ebro Delta, this is the first Spanish wine flavoured with CBD-enriched hemp. The firm markets bottles of red and white, each of which contains 50 mg CBD, opening a new path in a country that has historically excelled both at vine and hemp growing. 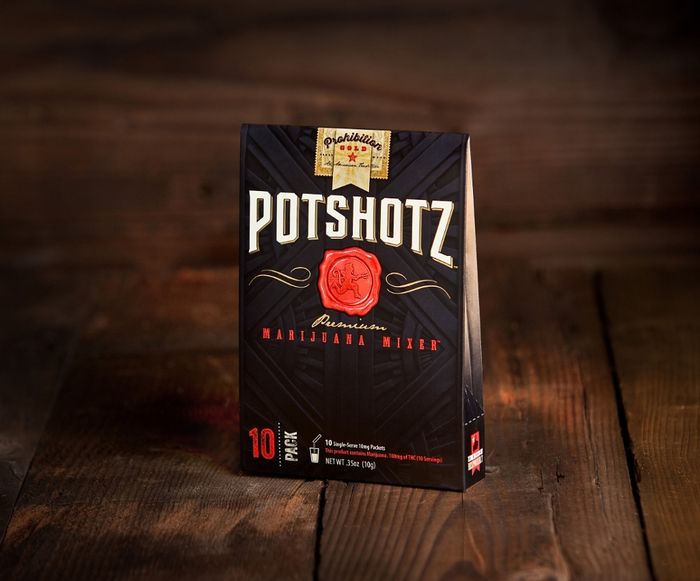 We wrap up this journey through the cannabinoid-infused beverages world with one of its most versatile creations: CBD and THC powder packets that allow you to concoct your own instant drinks in the comfort of your home, like when you were a child. Companies like Prohibition Gold and Canna POW offer water soluble solutions enriched with these cannabinoids that enable their clients to easily infuse their favourite drinks. Yet another achievement that reflects the interest of the cannabis industry to keep developing products as well as researching new ways of combining cannabinoids with other commonly used ingredients.