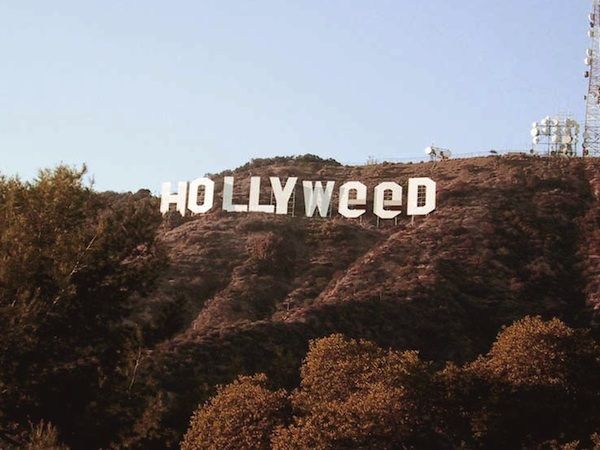 Our elders often say there is a fine line between love and hate – and vice versa. Stories like these corroborate this saying. After the legalisation of recreational use in Colorado and Washington, and with the winds of change that even seem to be blowing in the White House, many are taking positions so they do not miss out on this business.

Dozens, or even hundreds of savvy entrepreneurs have decided to try cannabis and, above all, innovation. Beyond the enormous possibilities presented, there are investors ready to financially back these initiatives.

The circumstances have changed greatly. Even those who voted against decriminalisation, people who have never taken a puff off a joint, have eventually opened their eyes. This is the case of Jim Willett. This 62-year-old ex-marine had not only rejected cannabis, but he had also dedicated several years of his professional life to flying over the Washington coastline, hunting down drug dealers that were trying to bring merchandise into U.S. territory.

Now his situation is different. By a twist of fate, one day he ran intoThe ArcView Group, an investment group based in San Francisco dedicated to funding new ideas related to marijuana. Since then, he has invested more than a million dollars in this legal business in the states of Washington and Colorado. “I’m in it for the money”, says Willet, who didn’t let the opportunity pass. "This is the greatest business opportunity since the falling of the Berlin Wall and the opening up of the free market in Europe,"says Steve DeAngelo, president of The ArcView Group and marijuana activist.

Not everyone is here to fill their pockets. Apart from the opportunism of entrepreneurs like Jim Willett, there are those who simply want to share all of the good that marijuana has given them with others.

This is the case of Robi Hawley, who at 49 is about to graduate from med-school and plans to open a cannabis-testing lab. She knows first hand about the benefits of this plant when her husband was diagnosed with a chronic illness. Then, when conventional medications had no effect, they decided to try medicinal marijuana, which allowed him to ease his pain and rebuild his life.

Cale Burkhart experienced a similar situation. In 2009, at 35, he started using cannabis extracts to alleviate the migraines, insomnia and neck pain he suffered at the time. One year later, he created Vita Verde, a variety of topical creams made from cannabis that was quickly marketed in 45 of the region’s dispensaries.

Over the months and with decriminalisation, he added dyes and edibles to his product line. And even though his is income has multiplied in recent months, he says that he does it all so that everyone can benefit from the positive effects of marijuana. “I love being a part of this whole thing. It’s really exciting to be a part of making history,” he says.

Amid this gold rush, some have managed to keep a cool head and have opted for a simple way to use their knowledge. One of them is the entrepreneur Jeremy Bufford who at 33, launched Marijuana Medical Tampa, which has given way to the “Cannabis College”, a sort of school where students learn to grow cannabis.

But not only that, as Bufford says, the road to success “is much more complicated than putting a seed in the ground and watering it”. So, in addition to receiving advice to care for their plants, students analyse marijuana market swings, they learn the basics of dealing with customers and delve into the legal issues that affect their business.

Even though it is not the first academy dedicated to this sector, since 2007, the University of Oaksterdam teaches classes in this subject. It is indeed an example of how to take advantage of the new rules.

Undoubtedly, with cunning, you can get a lot out of these everyday activities we practise to have fun and relax. If not, go tell it to Heidi Keyes, owner of the Puff, Pass & Paint art school, which has created a new concept of painting classes where students can smoke and eat delicious marijuana food while they learn to draw.

To the surprise of its creator, many have joined this initiative. Although the artist does not yet sell the cannabis consumed in her small studio that barely holds six students, she has quickly filled the quota of students willing to pay $40 (€29) for each two-hour class.

Some folks, not to be outdone, have wanted to try their luck merging two markets in turmoil. In order to facilitate the search for the nearest dispensary to find a certain product, Justin Hatfield and some friends created the website WeedMaps.com in 2008. At that time, none of them could have imagined the scene they would find a couple years later. They nailed it. With an average of 50,000 users per day in 2013, this young entrepreneur, who already then headed a SEO company, had to leave everything to dedicate himself to this business full time.

Hatfield himself acknowledges that long ago, he had been “especially interested in putting an end to the war on drugs”. Furthermore, he has no doubt about what will happen in the years to come. “I see federal legalization on the horizon within the next ten or twelve years”. If this guy says so, with his proven keen business sense, why shouldn’t we trust that this is what will really happen?