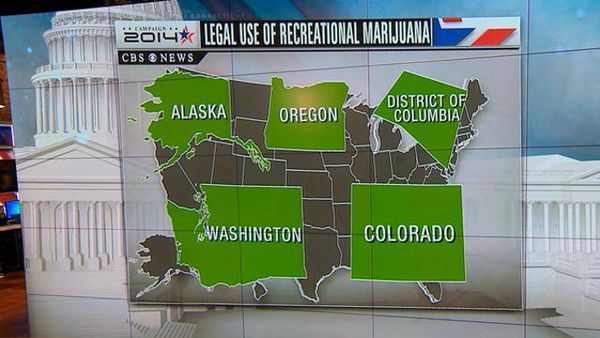 At this point 18 American states have legalized marijuana, 23 (along with Washington D.C and the independent territory of Guam) have approved legislation providing for medicinal marijuana use, and 4 have legalized recreational use.

Without any doubt medicinal marijuana is the area where the most ground has been gained, thanks to the determination of California, the ground-breaking state which authorized the use of therapeutic cannabis for the treatment of some diseases in 1996. Its decision was followed by others in Washington, Oregon and Alaska in 1998, and Maine in 1999, with Colorado and Nevada following suit in 2000.

Meanwhile, the states that took the longest to approve therapeutic marijuana use were New York, Maryland and Minnesota (in 2014). On the recreational side things are more difficult. Although there is some way to go before recreational use is as widely accepted as therapeutic, the steps to achieve this seem to be clear. The map reflecting the cannabis situation in the U.S. is more complete than ever, and it seems that it will never be entirely set in stone.

After the votes the states have begun to define their scopes of action. Oregon will allow the possession, growing and sale of marijuana for those 21 and older, just as Washington and Colorado did, and the state plans to create a system to regulate the production, distribution and sale of cannabis.

The law in Alaska will be similar to that in Oregon. In both places the aim is to create a retail sales network through marijuana stores. The measure will take 90 days to go into effect in Alaska, while the results are officially certified, hopefully by the end of November.

Washington D.C. (District of Columbia), meanwhile, unlike the other two places, will allow those 21 and older to possess up to two ounces (57 grams) of marijuana for their personal use, and to grow up to six plants at home. One will be able to give way up to half his marijuana to someone else, but in no case will he be allowed to sell it.

In addition to these three states, South Portland (Maine) approved a proposal to legalize the possession of small amounts of recreational marijuana. The results in this case, however, are merely symbolic, as the possession of cannabis is still illegal at both the state and federal levels.

Thanks to a bill approved a few days ago, Guam - the American island located in the Pacific - has also supported the legalization of medicinal marijuana. It will allow the use of marijuana to treat epilepsy, HIV, cancer, and glaucoma, and will also create a system to establish dispensaries. 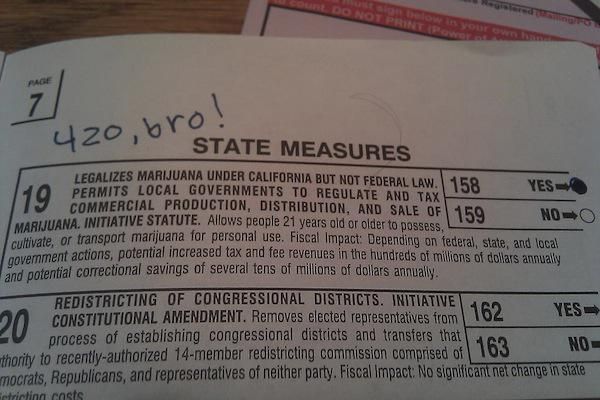 Obstacles and the fight for the future

Recent events in the U.S. have left no one indifferent, and even the Army has issued a statement regarding them. While in Italy the latest news inform is that the military there will help to cultivate medicinal marijuana, their North American counterparts have reminded troops that state laws do not apply to them, as the Army is a federal institution in which marijuana possession continues to be a crime.

Other states have preferred to ignore the negative opinions out there and take advantage of the good news to consider, looking ahead to 2016, votes to also legalize marijuana; Arkansas is one of them,even though it has some of the strictest laws against this plant in the whole country.

In Michigan over the past few years more than a dozen cities have voted to put an end to fines for the possession of small amounts, and are also hopeful that there will be a vote soon.

Massachusetts, Mountain, Nevada, Arizona, Mississippi and California harbour the same expectations. In 2011 the latter state legalized the possession of small amounts of cannabis.

Some are convinced that the end of prohibition is near. Activists, however, are aware that current regulations have been altered at the state level, but at the federal level marijuana continues to be prohibited.

The state efforts, nevertheless, provide irrefutable proof auguring the end of prohibition. Now all that is necessary is for the U.S. Congress to take its citizens' decision into account.