What is Ayurvedic medicine?

Ayurveda is the traditional medicine of the Indian subcontinent, a therapeutic system that respects the body's regenerative capacity and that, beyond the physical aspect, understands mental health as an inseparable part of the diseases people suffer from. Ayurvedic doctors believe that the physical body, the psyche and the soul of the patient are closely interwoven and influence one another, that is, a holistic approach according to which you can't cure the body if the mind and spirit are not in balance.

Ayurveda is therefore a method that focuses on treating the body, mind and spirit while promoting guidelines on a healthier lifestyle, an essential part of disease prevention according to this ancient system.

Based on ancient healing techniques that rely mostly on the use of plants and plant products such as neem or marijuana, Ayurveda understands people as being dominated by three elements - vata, pitta and Kapha - the balance of which is essential for their health. It is when there is an imbalance in this equation that disease occurs.

Marijuana is mentioned in Ayurvedic medicine texts dating back to the XVth century. The plant was referred to as 'vijaya' or 'siddhi' and has a long history of use in Ayurveda. Yet it is regarded as a toxic, highly narcotic substance and is only prescribed occasionally and with very clear intake instructions. In fact, Ayurveda believes that continued cannabis misuse coarsens the soul.

As already pointed out, Ayurvedic medicine regards cannabis as a narcotic substance, particularly the resin, which is used to produce a sort of hashish known as 'charas'. But resin is not the only part of the plant used in Ayurveda, the leaves and stems are also a common ingredient of herbal remedies used to improve digestion or as a pain reliever, a sedative, an antispasmodic and even an aphrodisiac.

Which diseases does Ayurveda treat with marijuana?

Ayurvedic medicine uses cannabis - along with other components - to treat various diseases, each of which involves a different form of preparation and administration to enhance the effect: 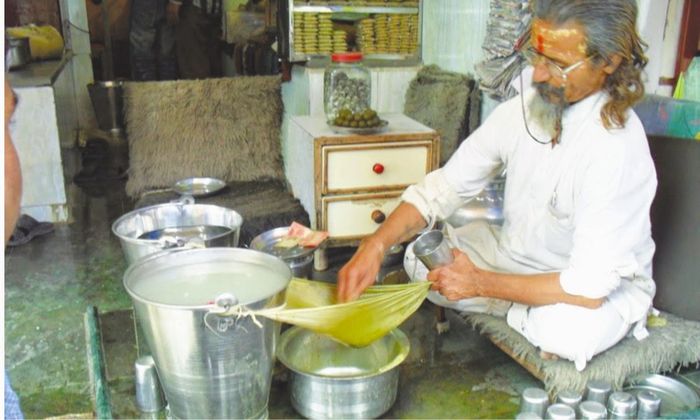 Using cannabis the right way according to Ayurveda

Ayurvedic medicine believes that just as cannabis is useful in the treatment of various diseases, misuse leads to the deterioration of the body and soul. According to this ancient system, the long-term use of cannabis alters the three basic forces that govern the body and mind: vata, pitta and kapha. As a result of these imbalances, the cannabis user may suffer from digestive problems, depression, lack of sex drive and tiredness. Interestingly, this traditional medicine has been aware for centuries of many of the facts that are being demonstrated in current scientific studies.

Ayurvedic medicine regards cannabis as being toxic for the body and mind and recommends against its recreational use. Instead, it is conceived as a healing element of therapeutic remedies that should never be administered in isolation, but in combination with other herbs and components. Further, the dosage and the frequency of use must be determined by an Ayurvedic doctor and be strictly followed by the patient.

According to this ancient method, any medicinal substance that is properly used becomes a healing element, whereas if misused it can turn into poison.

Cannabis and the mistaken intellect

The mistaken intellect or 'Pragya aparadh' is regarded as the source of all the illnesses the body can suffer from, that is, an imbalance in the psyche that leads to physical distress. According to Ayurvedic wisdom, when the intellect is in a state of confusion, the body experiences an alteration in the state of 'pure awareness', triggering the disease. Under this theory, the long-term use of cannabis could lead to the so-called 'mistaken intellect'.