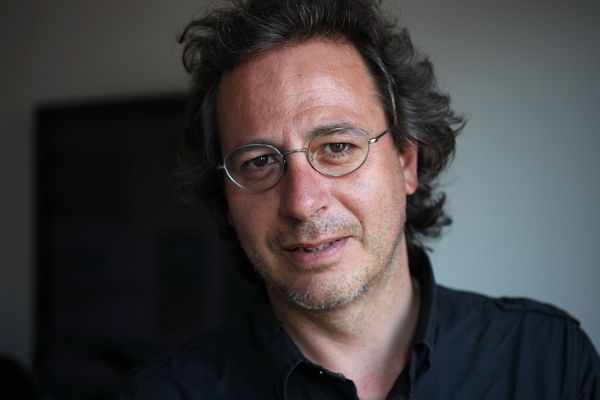 But what is the case when dealing with production, distribution and use of cannabis for medicinal purposes? This is where the issue becomes even trickier, since medical requirements demand greater control over the quality and composition of the product. This, in a context of illegality, becomes impossible to be carried out.

In order to meet the needs of many medical cannabis patients in Spain, the Spanish Observatory of Medical Cannabis was born, an organization officially presented on September 20, 2016 at the Caixa Forum premises in Madrid. There, we could attend the talk by José Carlos Bouso, a psychologist, pharmacologist and currently Director of Scientific Projects at the ICEERS Foundation. Bouso illustrated the past, present and future of the different legal frameworks of medical cannabis, both at a national and international level. A difficult to decipher legal framework that this doctor summarised as follows:

What are the causes of cannabis being illegal today in most countries in the world?

According to Bouso, the main milestone of prohibitionist policies took place in the United Nations Convention of 1961, promoted by the US. This convention marked a before and after in history, because it was during its celebration that the decision to control and ban certain plants was decided; namely, cannabis, opium and the coca leaf. What came after that was, as described by the psychologist, "a crusade against all those who, for one reason or another, used these plants".

There is sufficient evidence to prove the therapeutic properties of some components of cannabis.

However, if we make a more thorough review of the agreements signed at that convention, we will discover that it also provided that the use of these drugs should remain indispensable for medicinal use as pain relievers. Therefore, Bouso concludes that any state wishing to strictly comply with these agreements should also accept the scientific and medical use of these drugs.

Spain signed this agreement in 1967 and, in fact, Article 22 of the Spanish Narcotics Act, specifically states that "no use of narcotics will be allowed other than industrial, therapeutic, scientific and educational ones authorized under this law". This law was approved in those days by the dictator Francisco Franco and, surprisingly or not, it is still in force in Spain today.

Since 1996, when California began the first medical cannabis program, many US states and several countries like Canada have developed medical cannabis programs. Bouso explains that this process was conducted "blindly" until 2014, when the INCB (International Narcotics Control Board) –the organization that commands international drug policies– released a report detailing the measures and conditions that a state must meet in order to establish its medical cannabis program. That is to say, the establishment of such programs is regulated and enshrined within international law, recognizing again that different narcotics, including cannabis, are restricted to scientific and medical use.

The International Single Convention on Narcotic Drugs allows states to use cannabis for medical purposes and, although this topic was previously subject to free interpretation, since the 2014 report it has been clearly established and specified.

Another relevant matter contained in the Single Convention is the prerequisite of a series of requirements that states should meet in order to establish their medical cannabis programs. A main objective is the creation of a national control agency on cannabis responsible for monitoring and controlling the cultivation of the plant and issuing licenses for that purpose. The reality is, according to Bouso, that not all the countries have met these requirements, as observed in the 2014 report.

What is the current legal situation in Spain?

The Spanish legal framework establishes that there must be health control bodies such as the Spanish Agency of Medicines to regulate drugs and medical products. In 2006, the Medicines Law 29/2006 for the guarantee and rational use of medicines and health products was enacted with the purpose of stablishing the conditions for a drug to be considered a medicine. Bouso says that a possible medical cannabis program in Spain would definitely comply with the requirements of this law because, as specified in Article 51, plants and mixtures thereof can be considered as medicines as long as certain conditions are met.

Cannabis has historically been one of the main products to be found in Spanish pharmacies as well as in other countries.

Why should cannabis be considered a medicinal plant?

Bouso argues that cannabis has historically been one of the main products to be found in Spanish pharmacies as well as in other countries. This was a reality until the middle of the last century, when international conventions began to enter into force.

Thus, the psychologist explains that, before the UN resolution, the following products were dispensed in Spanish pharmacies, especially to alleviate pain:

With these facts on the table, the doctor says that there is no reason at a legal level to not consider cannabis a medicinal product and that it would not even be necessary, as mentioned above, to amend the existing legislation. The ways are already regulated since 1967.

A glance at the current international situation...

Today, at least 25 US states have their own medical cannabis programs and even the Institute of Medicine of the United States (the highest authority in this area) has recognised that there is sufficient evidence to prove the therapeutic properties of some components of cannabis.

Bouso notices that most people who benefit from these medical programs are patients with chronic pain.

The first experience at a state level in North America was California, but the first country in the world that started a medical cannabis program was the Netherlands, where pharmacies can sell cannabis flowers under strict sanitary control. The product should be standardized and free of contaminants, meet all the criteria to be sold in a pharmacy and its composition should also come specified. In addition, it can only be purchased with a prescription and there are subsidies from the Social Security for its consumption. With respect to recreational users, they can easily obtain cannabis at the so-called "coffee shops".

Does not prioritise economic efficiency: it does not matter if it is a loss-making program; it focuses on improving public health.

The results, says the doctor, speak for themselves: the average number of times Dutch patients use marijuana is 251 days a year; the average times they attend dispensaries is six per year and the average daily cannabis consumption does not reach a gram. A surprise, if compared with the average consumption in other European countries where cannabis is not regulated: around three grams a day.

Statistics seem to suggest that when there is free and regulated access to cannabis, its consumption becomes more responsible and rational. Here are some examples of countries that have established medical cannabis programs...

Israel: as recommended by the International Narcotics Control Board, Israel created a government agency to regulate medical cannabis. Its health ministry stablishes that, while medical cannabis is a substance that is not registered as a medicine, in any case, it is proven that it can help patients suffering from certain medical conditions and alleviate their suffering. From this point of view, Israel began its medical cannabis program stablishing that it cannot make any difference between access to this product and to any other medication.

Canada: this country fails to comply with UN recommendations and has established two supply routes:

Uruguay: the interesting thing about this model is that its main interest is to protect and safeguard public health. Unlike other models of regulation, it does not prioritise economic efficiency: it does not matter if it is a loss-making program; it focuses on improving public health. In this case, recreational use is also admitted, the difference is that products intended for medical use must pass a more stringent sanitary control than those intended for recreational use.

In conclusion, Bouse believes that nowadays it is possible to establish a Spanish model for the regulation of medical cannabis; the whole legal framework is ready for it and it is only a matter of political will. Medical cannabis under sanitary control could be a reality In Spain. The establishment of a system run by the administration to ensure safety standards and product quality may be possible. Perhaps it is time to ask ourselves why patients must recur to the black market for medical cannabis, exposing themselves to very serious risks and, in many cases, facing the uncertainty of whether the product they get is the one they really need.