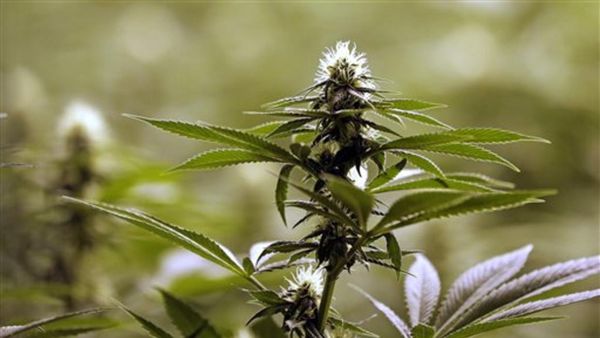 2017 will go down on history as one of the most progressive years for the global cannabis community. While there is still a long way to go, the legalisation wave, particularly in the medical field, has reached a large number of parliaments around the world. And of course this also applies to South America, where many countries have pushed the legalisation debate onto their parliaments' agenda, with Argentina, Chile, Puerto Rico, Colombia and Mexico having decriminalised the use of medical cannabis and Uruguay emerging as the only country to have legalised both medical and recreational uses.

This is not the first time Uruguay drives a legal change in South America. In 1927 it became the region's first country to adopt women's suffrage and in 2013 it did the likewise with the approval of same sex marriage. That very same year it became the first country in the world to legalise the cultivation, sale and possession of cannabis for medical, recreational and industrial use, lifting the ban on home growing and on cannabis social clubs' plantations and allowing for the local industry to become a leading producer of medical marijuana.

The process is going slowly but still progress is being made. State control is heavy though, and the government has a say even on the genetics of the plants available, which are handled by a Spanish biotech company called Phytoplant. Based in Cordoba, the group set up a production plant in Uruguay last April for the development of cannabis-based medicines, which are then improved through contributions from other plants. Contrary to recreational cannabis, medical cannabis can be exported under Uruguayan legislation.

The first crops were grown in army-protected greenhouses, and pharmacies began the sale of the manufactured product in July. To cope with the demand, the Government has commissioned several national companies, such as Symbiosis, to produce two tonnes of marijuana a year, but the ground-breaking step has met with opposition from conservative sectors, including the Uruguayan banking system, which pushed by the US and fearing international sanctions for money laundering, has closed the bank accounts of the pharmacies that sell these products, forcing them to rely on cash payments.

Surprisingly, South America's biggest legal plantation of medical cannabis is not found in Uruguay, but in Chile. In late 2015, the Andean country's president, Michelle Bachelet, designated the Public Health Institute as the controlling authority for the development of medicinal drugs and products, as a result of which a plantation of over 6,000 plants aimed at around 4,000 patients in need of cannabis treatment was established in the south of the country, close to the Andean mountain range.

With this move, and despite the fact that the massive plantation is managed by non-profit companies, who operate under strict Government control, Chile has established itself as a major investor in the cannabis industry. Yet the substance is still on the country's list of hard drugs, and both possession and home growing can carry from 5 to 10 years' imprisonment. In any case, the liberalisation of medical cannabis has prompted the Parliament to consider a bill for the decriminalisation of home growing and the reclassification of cannabis as a soft drug.

The situation is similar in Mexico and Argentina, as while cannabis remains illegal in both countries, their governments are granting licenses for medical cultivation, aligning their positions with the pharmaceutical industry. A preliminary step that, similarly to Chile, could help to broaden a debate which until very recently was a taboo topic in most parliaments and which is definitely paving the way to full decriminalisation.

Likewise, Puerto Rican president Ricardo Roselló - who made a career in neuroscience research - signed a law last July regulating the medical use of cannabis arguing "first-hand experience of the effects of medical cannabis in patients with different conditions". In his opinion, such legislation would encourage research while promoting economic development and job creation.

Peru, the last country to get on board

We made it!! This is a historical moment for the Parliament and for our country: Legal medical cannabis pic.twitter.com/RptSvuryTV

The licenses for the import, marketing and production of marijuana and its derivatives will be granted by the Ministry of Health, and research-specific licenses will only be issued to certified laboratories. In an effort to adapt national regulations to the new scenario - Peru is the world's second largest producer of coca leaves - three articles of the Criminal Code have been amended too.

As a result, cultivation and sale is now permitted provided the producer/seller has been granted a research, import and/or production license. The possession of cannabis and its derivatives will not be punishable either as long as it is for personal and immediate use. Possession for therapeutic use is also allowed provided the amount does not exceed the threshold approved by the Ministry of Health on patient by patient basis.

But if there is a country that is betting big on medical cannabis, to the point that it could even compete with Uruguay, that country is Colombia.

The country's recent history has been marred by drug trafficking, an issue that has generated a plethora of social problems and that is extremely hard to tackle due to the power of criminal organisations and to the mountainous geography of the country. In an effort to improve this situation and after months of debate, on 10 April last the Parliament passed an act regulating the cultivation and distribution of cannabis for medical and scientific purposes. Among other things, the law envisages the granting of four types of licenses - for producing derivatives, for sowing seeds and for growing psychoactive and non-psychoactive plants - as well as harsh penalties for irregularities and trafficking.

All the licenses, which are subject to conditions, are valid for a period of five years and can be applied for both by large companies in the industry and by small and medium-sized growers - with plantations of up to 5.000 m² - who can benefit from access to technical assistance, priority allocation of quota and favourable conditions for the marketing of their products. In fact, the law establishes that cannabis manufacturers must source at least 10% of their raw material from a small or medium-sized grower. According to the Ministry of Justice, a farming cooperative consisting of 63 small growers has already obtained its license while a group of 260 farmers is awaiting ruling.

With the exception of Uruguay, this is the only legislation in South America benefiting both foreign investors and local producers. The initiative is an attempt to go from the black to the legal market by encouraging legal cultivation through financial assistance and counselling. Further, the law envisages the creation of a fund financed by license fees and aimed at developing drug prevention programs for schools.

The Colombian Ministry of Health has granted 14 licenses so far, including local companies such as Cannalivio, Pideka, Ecomedics and Canmecol and, internationally, Canadian companies such as Cannavida, Khiron Life Science and Pharmacielo. The next step for these companies is to register the strains they intend to grow with the Colombian Agricultural Institute (ICA) and with the National Institute for Food and Drug Monitoring (INVIMA).

Further, while production of medical cannabis in Colombia has not formally commenced, last year the country was allocated a production quota equivalent to one quarter of the world's total production by the International Narcotics Control Board (INCB), the UN's body responsible for regulating the legal cannabis market - global production for 2017 was established at 155.5 tonnes. Although Colombia did not exhaust its quota - second only to Canada's - on account that the regulatory system is currently being finalised, the scope of such authorisation confirms the country is emerging as a leading country in the field of legal cannabis production globally.

In fact, because of its economic stability, its low production costs and its favourable weather, the international scientific community sees Colombia as the perfect location to keep making progress in the field of medical cannabis. But foreign investors are not the only ones to show interest in the country, as other South American states are closely examining both the adopted measures and the results with a view to possibly using them as a model for their own legislation. In line with this approach, Brazil, Costa Rica, Ecuador and even Venezuela are studying the situation of neighbouring countries such as Colombia, Peru, Chile and Uruguay in an effort to undertake steps towards full decriminalisation while attracting investors in the emerging legal cannabis industry.