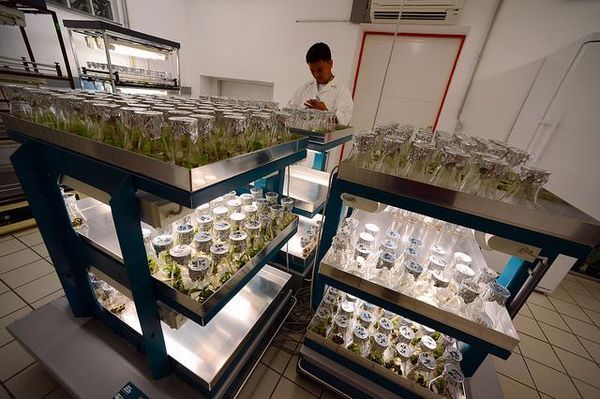 Despite the fact that depenalisation is taking solid steps forwards in the United States, the slow machinery of bureaucracy is preventing the use of pesticides and herbicides for the protection of cannabis crops against blights that threaten them. Although it is entirely permitted to use these products on other plants, the fact that growing marijuana continues to be unlawful in different parts of the country prevents growers from taking suitable measures if certain insects or fungi attack their marijuana crops.

In Denver, in March, the health authorities quarantined the plants of several companies that had used pesticides that inspectors considered to be suspect. Although it was shown by analysis weeks later that there was no problem, and a large amount of the crops were released, there were many business owners who opted to get rid of the plants in order to avoid complications. 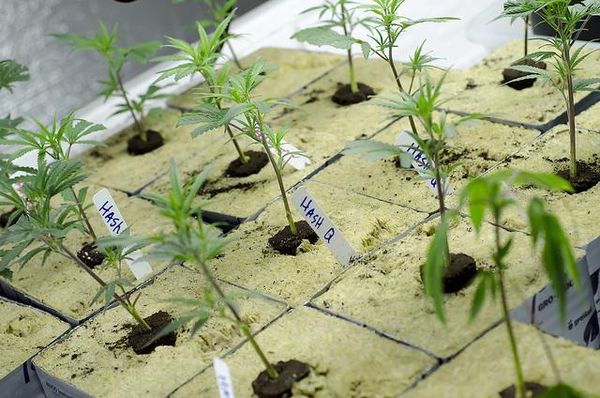 The digital media platform The Oregonian published an article stating that several medicinal products from a local dispensary contained levels of pesticide that were above those permitted by the state. Despite the fact that the producer and the shop had marked the packaging with labels accrediting compliance with regulation, the editors of the media source commissioned to independent laboratories to corroborate the aforementioned information.

"We have an industry that has been illegal for as many years as there has been no research. There are no guidelines. There is nothing", stated Frank Conrad, director of the Colorado Green Lab laboratory in Denver. What we know about other crops is of no use.

In order to combat blights that attack cannabis plants, it is not possible to use the same products employed with other plants. For example, the fungicides used to get rid of certain fungi that affect vines, are dangerous when subjected to high temperatures. They can be used for grapes, but not for marijuana because it is heated up for consumption. The residue of pesticides that remain in the cannabis that is dried and inhaled go directly into the bloodstream; and, just like other foods, when these contaminants are consumed through food mixed with cannabis, they can also entrain lots of risks due to direct exposure.

The 2013 study published in the Journal of Toxicology found that up to 69.5% of pesticide residue can remain in marijuana when it is smoked. Filtering the smoke through water only results in a slight reduction in the residue level. However, when filtered through cotton, pesticide levels were similar to tobacco levels, with a ratio of 1% to 11% of pesticides reaching the user. The authors of the study stated that "high level of exposure to pesticides is a significant possibility, and it can lead to other health complications among cannabis consumers".

As stipulated by federal law, each pesticide, fungicide or herbicide can only be used on natural crops that are outlined on the product's labels. In the majority of cases, of course, cannabis still does not appear.

For this reason, federal authorities have had no other option than to step in. In four states where medical and recreational consumption are already legal, the US Environmental Protection Agency (EPA) has decided to create a new registry category that will include chemical products that are suitable for combatting blights that affect cannabis.

As such, pesticides that are approved by the EPA will be part of the Federal Insecticide, Fungicide and Rodenticide Act registry with the label "special local requirement".

Aside from this urgent measure adopted by the EPA, the authorities in some states have already taken the first steps to prevent business owners in the marijuana industry from being required to throw away part of their crop. In Colorado for example, there is already an extensive guide that outlines which pesticides can be used for marijuana production as well as other safety measures.

In Oregon, last year authorities began to demand the analysis of medicinal marijuana products sold in dispensaries. However, there is still a long way to go. In fact, according to The Oregonian, it seems that authorities in Oregon have forgotten to resolve one of the initial problems: responsibility for taking contaminated products out of circulation still falls upon producers and the owners of dispensaries.

Tools such as internet forums play a key role in helping to prevent more serious problems. Growers can use these platforms to share advice and prevent the spread of products that are harmful for the health of those who end up consuming the fruits of the harvest.

Nevertheless, all of this is contributing to make the industry around cannabis safer every day. As Keith Stroup, founder of the National Organisation for the Reform of Marijuana Laws in the United States (NORM) points out, it is a highly significant step that North American legislators themselves are now paying attention to such matters.

In places where cannabis depenalisation is making progress in offices, so too is it taking steps forward in laboratories. It remains to be seen if other countries will be able to take advantage of all of this knowledge. We hope so.