We live in an age where cannabis use, for both recreational and medical purposes, is constantly growing. We've undoubtedly come a long way from the days when smoking marijuana was a secret activity. Nowadays many people use medical cannabis to alleviate the symptoms of a great range of diseases, and more and more people are open to including cannabis in their lives.

However, even though cannabis use is more common, this doesn't mean that it's completely risk-free. Finding the right dosage is key in order to obtain the greatest benefits and the smallest number of adverse effects. And this applies to regular users in particular.

Scientists aren't exactly sure of how the regular use of cannabis affects the human body in the long run. Nonetheless, some studies suggest that cannabis can potentially cause some negative effects that can lead to a number of health problems over time, especially for chronic users.

Delta-9 tetrahydrocannabinol or THC, cannabis' active ingredient, acts on the cannabinoid receptors located in the areas of the brain that influence learning, memory, appetite, coordination, and emotional regulation. Scientists are still learning the long-term effects of cannabis use on the brain, but they believe that the strongest effects occur in young adults who are still developing neural connections.

Research suggests that those who were regular cannabis users during their teenage years have more chances of experiencing memory problems in adulthood. A 2015 study published in the academic journal Hippocampus, found that individuals with a history of regular cannabis use presented an abnormally-shaped hippocampus and damaged long-term episodic memory, which is our mental ability to store memories related to our own experiences.

But the study didn't determine whether this was really caused by marijuana use, or was simply connected to it somehow.

Some research studies also show that marijuana use increases the chances of permanent long-term changes in the cognitive and behavioural development of young people who have a brain that is still in development.

A New Zealand study found that regular cannabis use from adolescence was connected to an average loss of 6 to 8 IQ (Intelligence Quotient) points measured in adulthood. Those who consumed great amounts of cannabis during adolescence and stopped consumption in adulthood did not recover the lost IQ points, which seems rather alarming.

But more research is still required to definitely learn if cannabis can cause IQ loss in the long run, or if factors which weren't measured in the study, such as the increasing content of THC in cannabis throughout the years, are of any relevance. 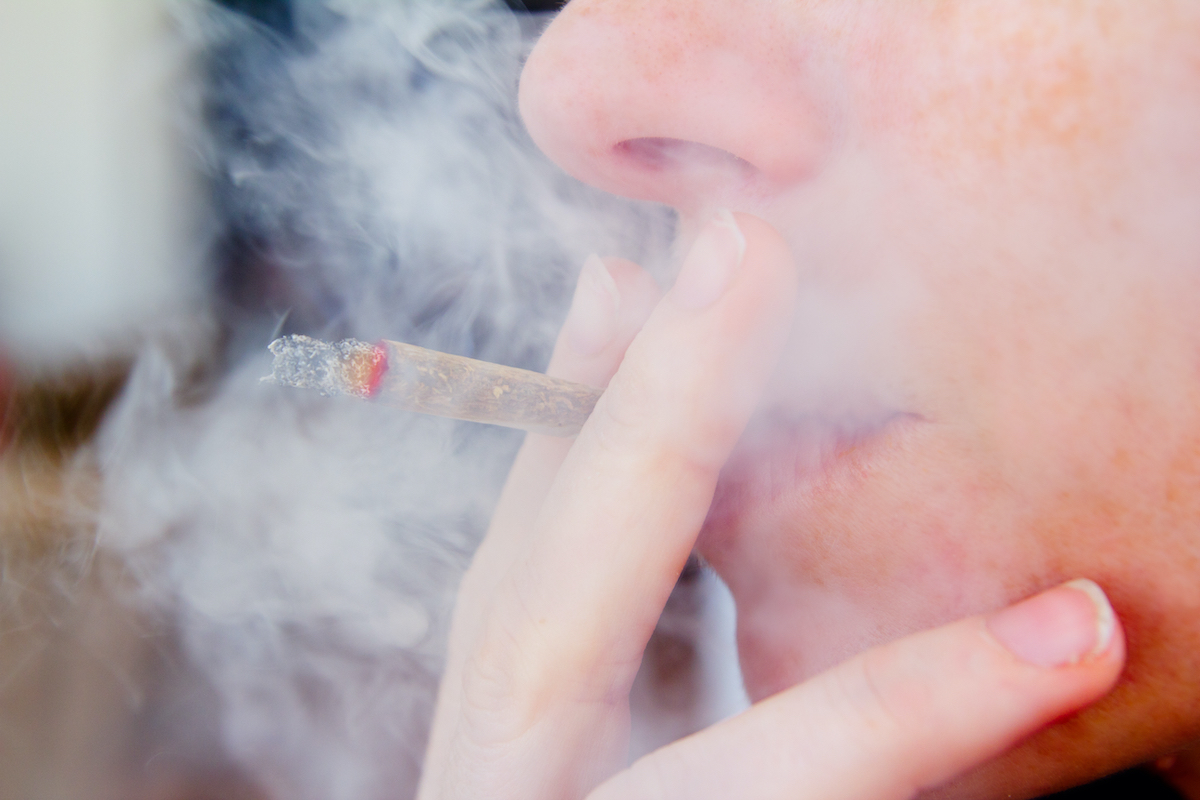 Although cannabis and tobacco are two very different substances, smoking cannabis can produce a similar effect on the lungs to that of conventional cigarettes, increasing the risk of chest colds and lung infections. This study, for instance, found that smoking marijuana regularly can cause both visible and microscopic lesions in the respiratory tract that are associated to a greater risk of bronchitis. These symptoms seem to disappear after stopping smoking.

It is also well known that smoking cigarettes leads to a higher risk of suffering an illness like lung cancer. And marijuana smoke contains some of the same carcinogenic compounds as tobacco, sometimes in higher concentrations, as is the case of benzoprene (50% higher) and benzanthracene (75% higher), as well as a higher phenol content.

However, population studies so far haven't managed to find a clear link between cannabis use and an increase in the risk of lung cancer. This only becomes more complex if we take into consideration that many marijuana smokers also smoke conventional cigarettes, or even other substances.

In the past it was believed that vaping cannabis was safer than smoking it, but now we know that the use of electronic cigarettes or vaping products can also cause lung lesions, which are known as EVALI (E-cigarette or Vaping Associated Lung Injury). This lung disorder produces breathing difficulties and can lead to hospitalisation, as was clearly proven during the U.S. outbreak that took place between August 2019 and January 2020, and was directly connected to the use of e-cigarettes.

Nationwide, 82% of the patients hospitalised with EVALI-related lung injuries reported the use of tetrahydrocannabinol (THC)-containing products. Nonetheless, it is vitamin E acetate, an additive to THC-containing e-cigarettes, that's strongly linked to this EVALI outbreak.

A few minutes after starting smoking cannabis, the heartbeat increases, and you can experience a change in blood pressure, which can be dangerous for heart disease sufferers. The limited research available suggests that the risk of a heart attack during the first hour after smoking cannabis is almost five times higher than the average risk. Some studies have also found a link between marijuana use and arrhythmia, as well as a higher risk of suffering a stroke.

Cannabinoids can also interfere with the effects of many prescribed drugs for heart disease, including statins, beta blockers, and warfarin. Therefore, this needs to be examined more thoroughly, especially given that medical cannabis is increasingly popular amongst older adults who may be more vulnerable due to a higher age-related cardiovascular risk.

The research on the impact of cannabis on bone health is certainly contradictory. According to a 2017 study published in the American Journal of Medicine, regular cannabis users had a greater risk of reduced bone density, which can lead to a higher risk of bone fractures. However, another study in the same year, published in the journal Archives of Osteoporosis, did not find any connection between marijuana use and a decrease in bone density. 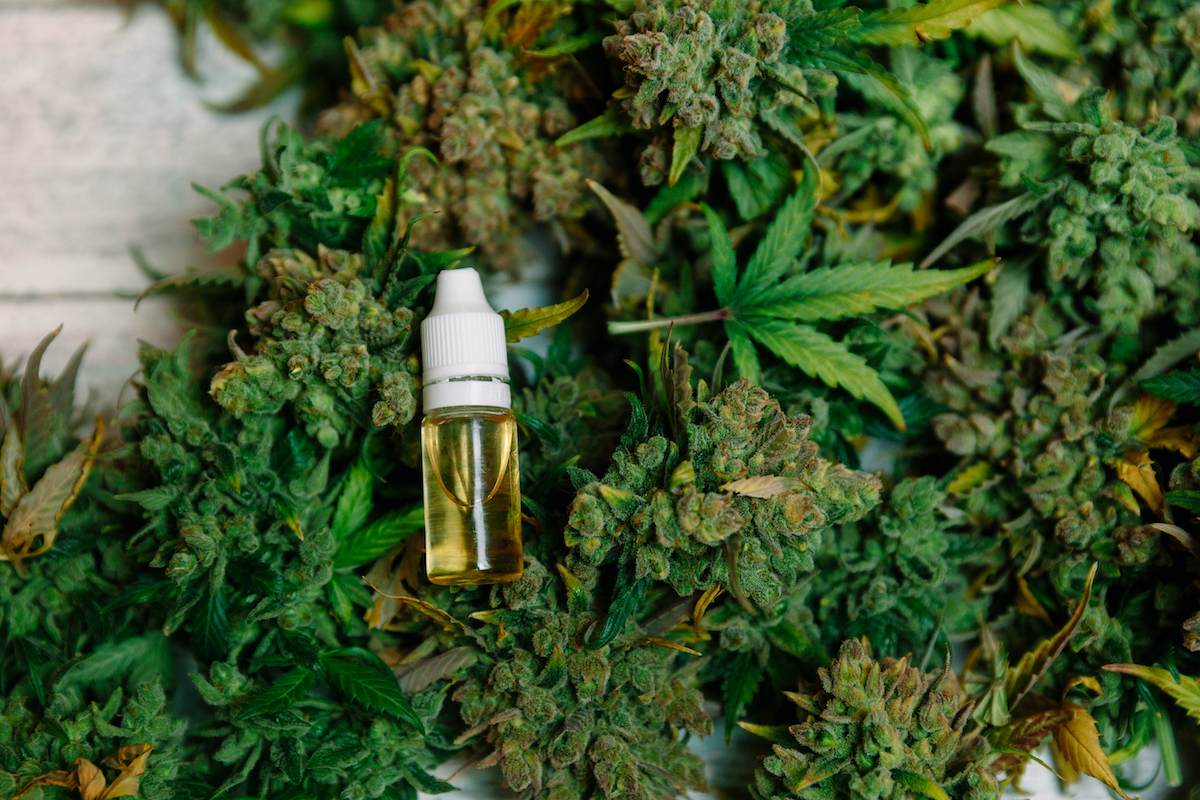 Other studies have also proven that, in rare occasions, chronic cannabis use can lead to Hyperemesis Cannabinoid Syndrome (HCS), a disorder characterised by recurring episodes of nausea, vomiting, and intense dehydration. This syndrome has been found to affect people below 50 with a long history of marijuana use. HCS can make hospital visits frequent, although this can be easily solved by quitting cannabis consumption altogether.

One of the greatest uncertainties surrounding the long-term effects of cannabis refers to mental health. Several studies have associated cannabis use to a higher risk of suffering psychiatric disorders, including psychosis (schizophrenia), depression, anxiety, and substance addiction disorders. Nonetheless, determining whether marijuana truly causes these pathologies, and to what extent, is not always an easy task. Recent studies suggest that smoking highly potent cannabis every day can possibly increase the chances of developing psychosis by almost five times in comparison to people who have never consumed marijuana. But it has also been proven that the amount consumed, the age at which it is consumed for the first time and, above all, the individual genetic vulnerability, are all influential factors too.

Some studies have also suggested specific links between marijuana consumption and a negative impact in the workplace, along with a higher risk of lesions or accidents. A study conducted amongst postal employees in the U.S. found that the employees that tested positive for marijuana in urine drug screening had 55% more work-related accidents, 85% more lesions, and 75% more absence in comparison with those who tested negative. To what extent cannabis use is directly related to this is still an open question that requires further investigation. It is likely that other factors independently predispose people to both cannabis use and several negative situations in life, such as dropping out of school.

Finally, one of the most distressing risks of long-term cannabis use is how this affects pregnant women and their children. Some connections have been found between cannabis consumption during pregnancy and subsequent developmental disorders and hyperactivity in children. There also seems to be a higher risk of stillbirth, which can be up to 2.3 times higher according to some scientific studies.

But research into the risks that marijuana use may present for babies doesn't have a solid base, because so far there haven´t been any studies that have determined whether THC exposure during breastfeeding is related to any later side effects in a child's life. However, given the potential for cannabis to negatively affect a developing brain, obstetricians and gynaecologists generally advise women not to use cannabis whilst they're trying to get pregnant, during pregnancy, or whilst breastfeeding.

The long-term side effects described above are based on scientific studies, and most of them are associated to long-term consumption, often excessive, or when the use was started in adolescence. Due to its legal status, there hasn't been enough scientific research on cannabis to more precisely clarify the consequences derived from its use. Although it's true that cannabis holds countless medical properties, we recommend moderate use and in the right dosage to minimise the risk of any negative health effects.