It may sound crazy, but it's none other than the reality that U.S marijuana businesses are actually living: how would it be to start a completely legal business that complies with each and every one of your local laws and generates millions in revenue, and having no bank to put them all into?

How would you pay your bills, your taxes or meet the payroll? No transfers or checks would be possible. Everything should be paid in cash. This is all complete nonsense. It's simply untenable. However, due to federal regulations, very few banks risk going into business with marijuana companies in the U.S., which poses a major problem for the cannabis industry.

Of the nearly 5,000 banks insured by the Federal Deposit Insurance Corporation (FDIC), only 400 –or 8%- service the cannabis industry. No company can operate safely, transparently or effectively without having access to banks or financial institutions.

The voices urging the U.S. Congress to change federal laws aren't few. What they are all asking for is the companies that comply with the state's requirements to be able to operate like any other legal business. Now that most states have legalised cannabis one way or another, a turning point has been reached and it's time for the Congress to take action. The good news is that everything seems to be moving in this direction.

A risk worth taking

Banks are still wary of working with pot businesses because cannabis is still illegal under federal law. It also remains listed under the federal Controller Substances Act of the DEA (though this may change soon) as a dangerous substance with no medical use, alongside heroin or LSD - simply ridiculous.

The booming cannabis industry continues on a roll despite all the looming federal regulations. So much so that it's one of the fastest-growing industries in the USA. And, at such high speed, buckets of cash start to pile up in the backyard.

Regular companies have a banking account to deposit those massive volumes of cash, but cannabis businesses don't. Many pot companies in Colorado are said to use huge safety deposit boxes to store their billions in cash with 24/7 security to protect them. 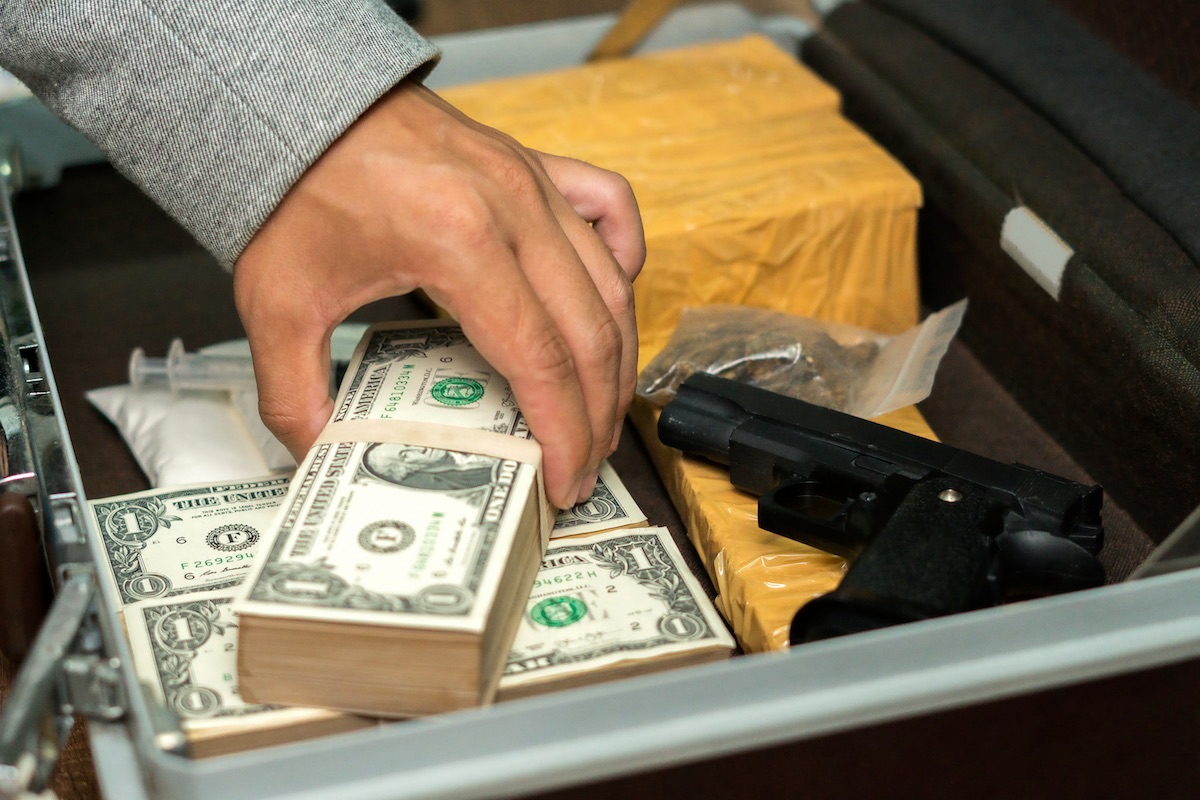 And the few banks that do take the risks entailed in working with cannabis businesses set very high prices. For example, a bank in Massachusetts charges marijuana businesses excessive fees solely for a checking account, but not only that. They're also charged $5,000 every month as a maintenance fee.

Only 8% of the American banks service the cannabis industry.

That's a lot to pay for just a bank account. However, sometimes it's the only alternative for legal marijuana businesses. The few banks that take on high-risk customers benefit greatly from these exorbitant fees, yet this is rather justified considering the wealth of requirements banks wanting to work with this kind of companies have to meet.

In fact, most of these banks are rather small. However strange this may seem, regional banks are more willing to take the risk than large financial institutions, most of which are afraid of being charged with federal charges such as money laundering.

Last September, U.S. Bank announced that it'd no longer custody the ETFMG Alternative Harvest exchange-traded fund, the only of its kind in the U.S. It's less than 1.5 years old and it's already collected over $1.2 billion in assets!

U.S. Bank is making some rather puzzling moves, which proves Wall St's approach to this booming industry is still quite an old-school one. Bank branches such as JPMorgan, Bank of America, PNC Bank, TD Bank, and KeyCorp, though, are urging the country's political leaders to pass a law that would allow them to do business with the cannabis industry. 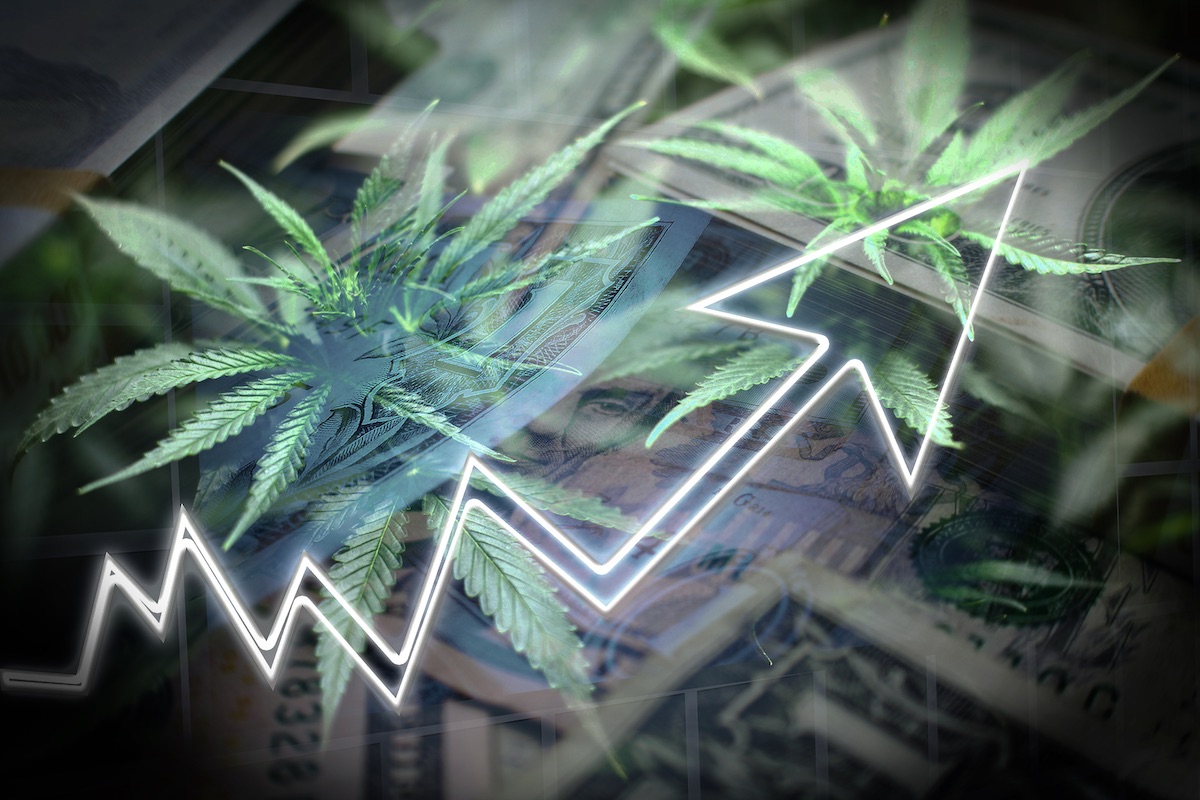 There seems to be light at the end of the tunnel. The U.S. Congress is shaping a banking bill to provide federal protection to the banks willing to service marijuana companies: on March 28, the Financial Services Committee voted 45 to 15 to take the SAFE Banking Act to the House of Representatives for a vote. The Senate is also working on a supplementary bill that would protect financial institutions working with legal cannabis companies (under state or local law) from federal banking regulators.

Regional banks are more willing to take the risk than large financial institutions, which are afraid of being charged with federal charges such as money laundering.

A date for the voting hasn't been scheduled yet, but advocates for legalisation are hopeful that the adoption of the draft law means Democrats are ready to support further cannabis-related reforms throughout the year. In fact, all 2020 presidential candidates have publicly expressed their support for outright legalisation, as do most of their voters, according to polls.

There's no better news for the banking sector and the cannabis industry. The only question that remains to be settled is how. Indeed, House Rules Committee Chairman James McGovern said in a radio interview that he expects the chamber to put an end to federal marijuana prohibition within a matter of "weeks", although evidence suggests that the vote will be delayed until mid-August. If the legislation is not adopted in 2019, elections are likely to reduce the odds that the bill will be passed in 2020.

Increased access to banking services for cannabis companies will also benefit many other types of businesses. Marijuana companies will finally list on the stock market, there'll be a significant decrease in crime, robbery or assault, drug cartels will no longer obtain money from cannabis and the most important of all: banking support will be the ultimate step towards the federal legalisation of marijuana.