Just like other chemical compounds, CBD affects our body when it binds to receptors on the surface of the cells: proteins anchored to the cell membranes that act as signal transductors, which leads to specific physiological responses. These receptors act as 'locks' that give access to the cells, and when they activate with compounds that 'fit' in the locks, they tell the cells what to do or what not to do.

Therefore, these cell receptors modulate the release of neurotransmitters and hormones that regulate different biological processes in our bodies. There are many different types and they are normally named by acronyms.

In the case of the human endocannabinoid system, the most important receptors are type 1 (CB1) and type 2 (CB2) cannabinoids. Type 1 are found in the central nervous system (in both the brain and the nerves in the spinal cord). Type 2 concentrate in the peripheral nervous system (that allows the brain to communicate with other areas of the body) as well as in the digestive and immune systems.

In contrast to THC, which interacts more broadly with these two receptors in the endocannabinoid system, CBD has little binding affinity with them. CBD seems instead to modulate several non-cannabinoid receptors, such as the serotonin receptors, which are known to have an influence on pain, mood, and sleep. CBD can even act through several routes independently from the receptors. 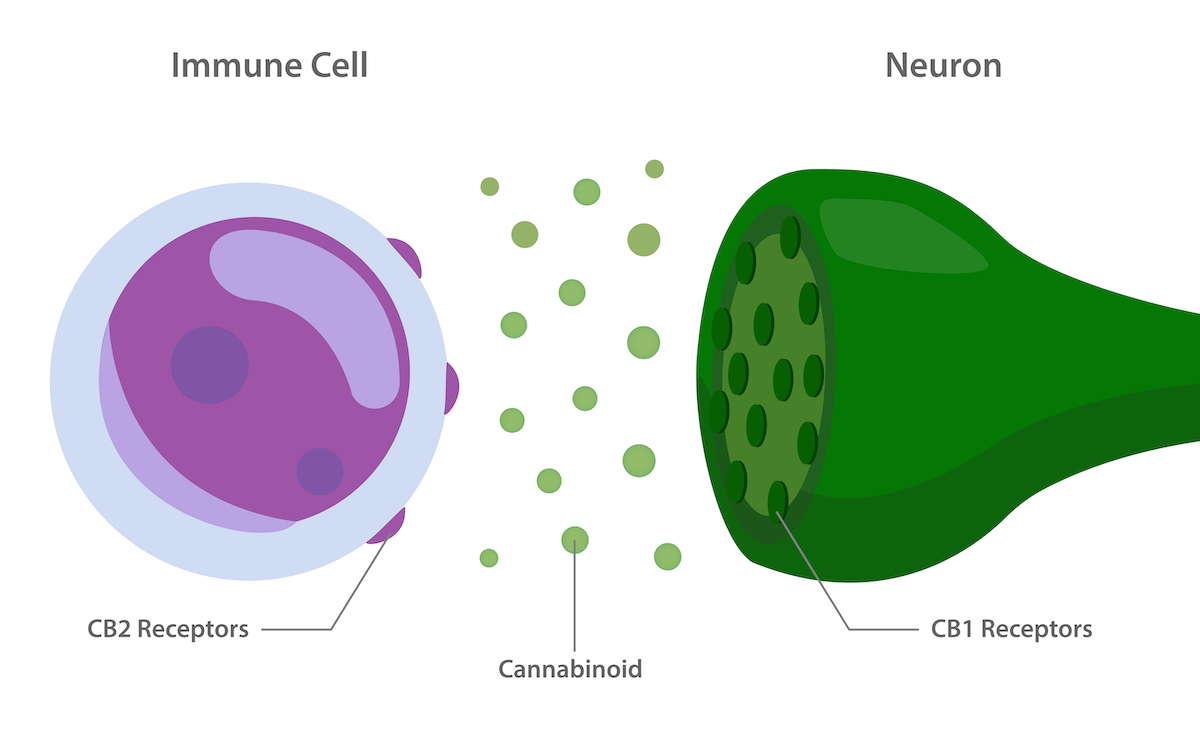 Therefore, cannabidiol can be regarded as a pleiotropic drug because it produces many effects through several molecular pathways. In fact, scientific studies have already identified more than 65 of these. Today we will focus on the 5 most widely studied:

CBD in high concentrations is known to directly bind to 5- HT1A receptors, which are activated by serotonin, a neurotransmitter closely linked to the control of emotions and mood, amongst other functions. These receptors are located in both the central and peripheral nervous systems, and activate several cascades of intracellular chemical messages to produce an excitatory or inhibitory response, depending on the chemical context of the message. They are involved in a wide range of biological and neurological processes, including anxiety, addiction, appetite, sleep, nausea, and vomiting.

CBD also binds to TRPV1 receptors that mediate in the perception of pain, inflammation, and body temperature. In this case we are talking about receptors that are coupled to G proteins, and that scientists refer to as 'vanilloid receptors', which take their name from the vanilla plant. Vanilla contains eugenol, an essential oil with antiseptic and analgesic properties. Historically, vanilla pods have been used as a home remedy for headaches, as CBD binds to TRPV1 receptors, thus influencing our perception of pain. Capsaicin, the spicy compound found in chilli peppers, also activates TRVP1 receptors, as well as anandamide, the endogenous cannabinoid, which is also a TRPV1 agonist, i.e. a chemical substance that binds to a receptor and increases its activity.

Apart from directly activating the serotonin and the G protein receptors, some studies indicate that CBD also works as an antagonist that blocks and deactivates another receptor: GPR55, also known as the 'orphan receptor' since scientists are still unsure of whether it belongs to a larger receptor family. Amongst other physiological processes, this receptor is linked to the modulation of blood pressure and bone density (GPR55's hyperactive signalling is related to osteosporosis). According to a 2010 study by researchers at the Chinese Academy of Sciences in Shanghai, when this receptor activates, it can also trigger cancer cell proliferation. Therefore, being an antagonist of GPR55, CBD can block its signalling and can help reduce bone resorption and malignant cell growth. 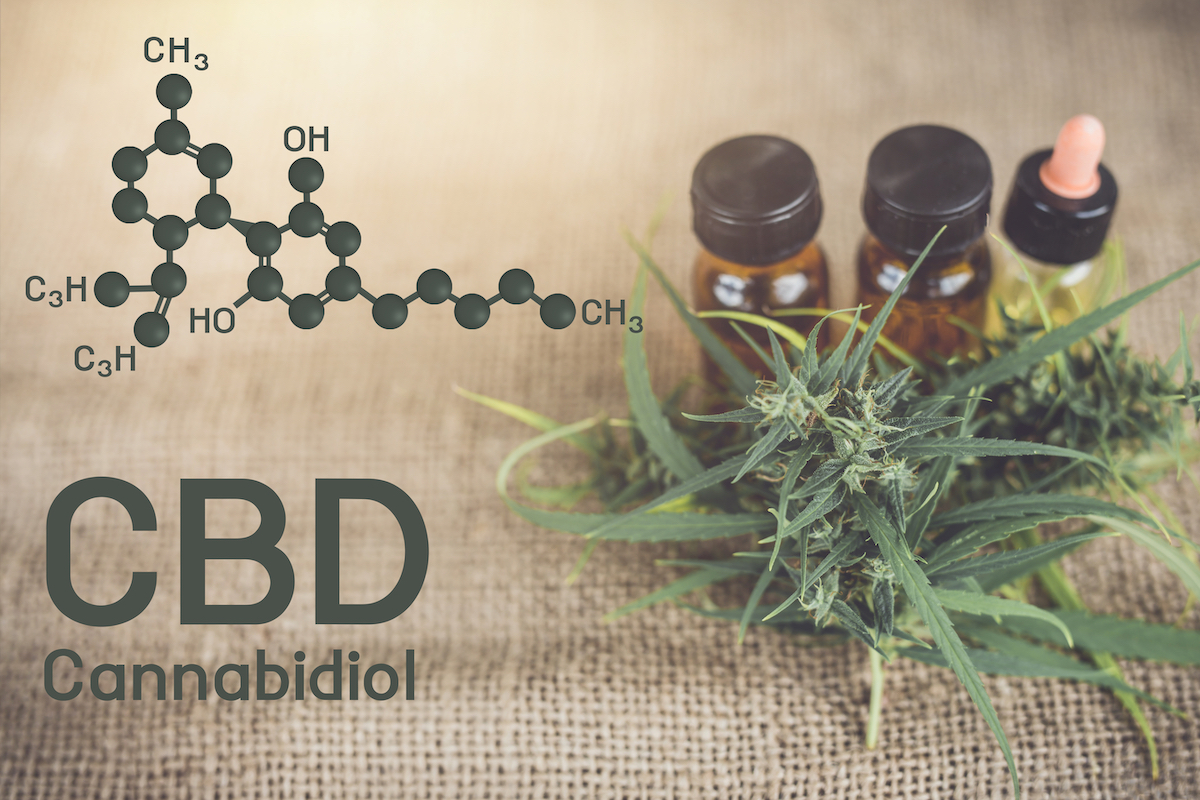 CBD can also activate the PPAR receptors located on the surface of the cell nucleus. PPAR activation degrades the beta-amyloid protein, a key molecule linked to the development of Alzheimer's disease when it appears in excess. This is one of the reasons why cannabidiol is a PPAR agonist and can be a great remedy for patients suffering from this disorder. PPAR receptors also regulate the genes that participate in lipid uptake, sensitivity to insulin, and other metabolic functions. Consequently, diabetics can benefit enormously from CBD-based treatments.

CBD can also work as an allosteric receptor modulator, which means that it can improve or inhibit the way in which a receptor transmits a signal by changing its form. Canadian scientists have identified CBD as a 'negative allosteric modulator' of the cannabinoid CB1 receptor. Unlike THC, cannabidiol does not directly bind to CB1 receptors but interacts with them allosterically by changing their form and hindering their ability to bind to THC, thus reducing anxiety and other side effects produced by this psychoactive cannabinoid. This is why users do not feel as 'stoned' when they consume CBD-rich cannabis as opposed to THC-high strains.