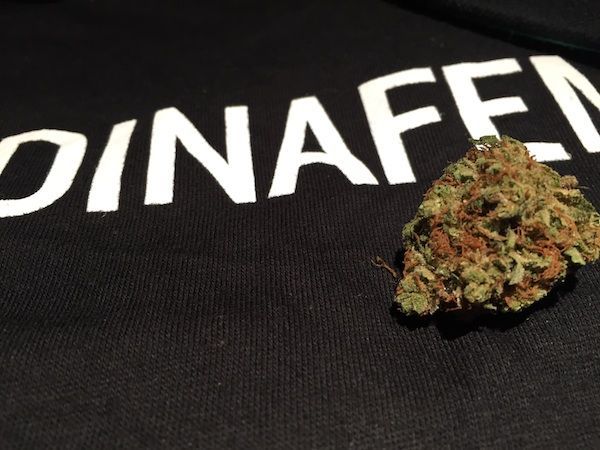 We are already getting warmed up because between 18 and 20 April, we are travelling to Denver (Colorado) to attend one of the most important fairs in the United States, the Cannabis Cup, that is holding one of its six 2015 events this month. This is an event where the best strains of marijuana are voted on and different cannabis products can be enjoyed, there are also stands with more than 700 companies that are linked to the industry, including Dinafem.

The Cannabis Cup is one of the most important cannabis events in the United States, and therefore, in the world, both in terms of media coverage and the level of participation from the public. The event is promoted by the well-known magazine High Times, and takes place (or rather, ends) on a symbolic date, 4/20, 20 April, the cannabis calendar date par excellence.

In no other state is the date celebrated with the same intensity as in Colorado. The magazine broke all the records in 2013, when it managed to attract more than 12,500 people to the Denver Mart exhibition hall. It shattered records again in 2014 with more than 37,000 visitors. This year is expected to mark another milestone as the fair will take place over three days instead of the usual two.

Expectations are really high for this year as Colorado was one of the first states to legalise recreational marijuana use and it has some of the most permissive regulations in the entire country. In fact, since the start of 2014 when the law came into effect, any citizen aged over 18 can possess up an ounce of marijuana (28 grams) as well as grow up to six plants at home. However, only people aged over 21 will be able to access the recreational smoking zone at the Cannabis Cup.

Non-residents who are visiting the event will also need to be aged over 21 in order to smoke there (or have a medical prescription for medicinal use). Therefore, any type of marijuana users can attend the event, unlike in 2012 when the event was restricted to users of medicinal cannabis. 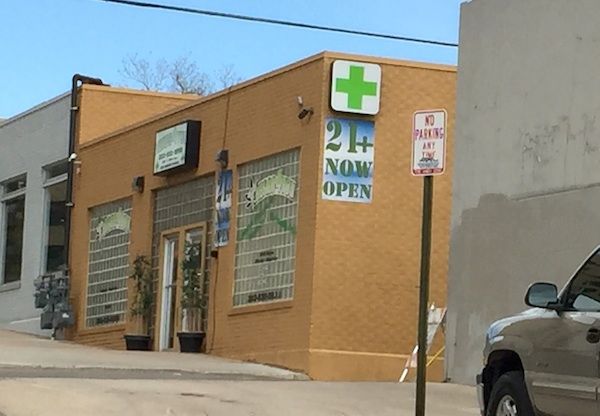 Since its legalisation in the North American state, recreational cannabis has been a complete success and more than 17 tons of marijuana have been sold for recreational use (in comparison to almost 50 tons of medicinal marijuana). In fact, a recent study shows that cannabis is generating so much tax money for Colorado that a large part of it could be divided out among residents. Having said that, nobody can expect to receive marijuana as a gift during their time at the Cannabis Cup as that is categorically forbidden by law.

The fair also coincides with Denver’s great weekend, which the city celebrates with the Mile High City’s Festival or 4/20 Festival. Just like St Patrick’s Day in Boston or New Year’s Eve in New York, 20 April seems to have found its focal point in this city in Colorado.

The annual celebration is held on this date because a group of rebellious adolescents from California supposedly met at 4.20 pm every day after school during the 1970’s in order to smoke marijuana. As the legend spread, the date and time became synonymous with activism and a sense of belonging to the global cannabis community.

However, the thousands of tourists who will visit Colorado this weekend (up to 90% of recreational marijuana that was sold in ski cities in Colorado was acquired by tourists) will quickly become aware of the fact that there are few places where you can legally consume marijuana. Public consumption is illegal and smoking is also forbidden in many hotels.

That has resulted in a large variety of different companies that cater for the needs of smokers, even before they have got off the plane. They include a “friendly” marijuana booking service named Bud or limousine services that collect visitors from the airport and take them to a marijuana dispensary, thus allowing them to have a smoke before being dropped off at their hotels. 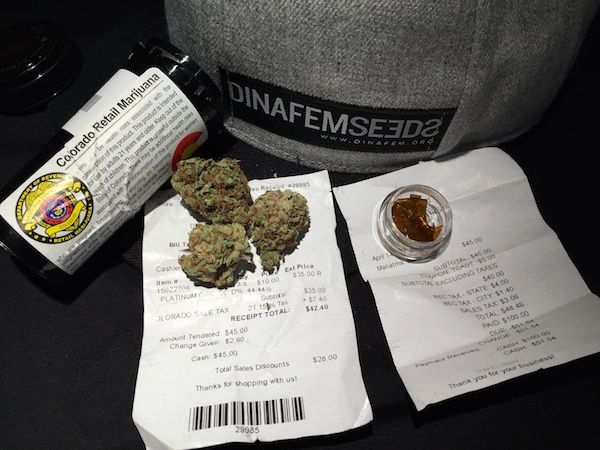 The fair in Denver

Cannabis Cup activities, taking place at the Denver expo hall, will begin on Saturday at midday and end at seven in the evening. The timetable will be the same on Sunday and on Monday, events will begin at nine.

On Saturday we will be able to enjoy participation from people like Jorge Cervantes, a superstar in the growing world. He will present his book “The Cannabis Encyclopaedia” based on his experiences travelling in three continents where he investigated cannabis growing and consumption around the world.

On the same day, there will be marijuana conferences that approach the subject from a scientific perspective, discussing for example, the truths and lies about the plant’s natural characteristics. There will also be other appearances, for example, from Bill Kreutzmann, the drummer from the legendary group Grateful Dead (who will present a book about his time in the band) as well as growing experts ranging from members of the Trichrome Technologies Company to people from Steep Hill Halent Labs.

There will also be experts from the High Times magazine, as well as from NORML (National Organization for the Reform of Marijuana Laws), from MPP (Marijuana Policy Project) and lawyers specialising in Colorado’s cannabis industry who will talk about the future of legalisation in the United States, or the impact of the cannabis world on social networks.

The second day will tackle hot topics. On one hand, growing techniques were always going to be a part of this event and they will be discussed by Nico Escondido (editor of High Times and a growing expert). He will talk about the role of new technologies in looking after marijuana plants. 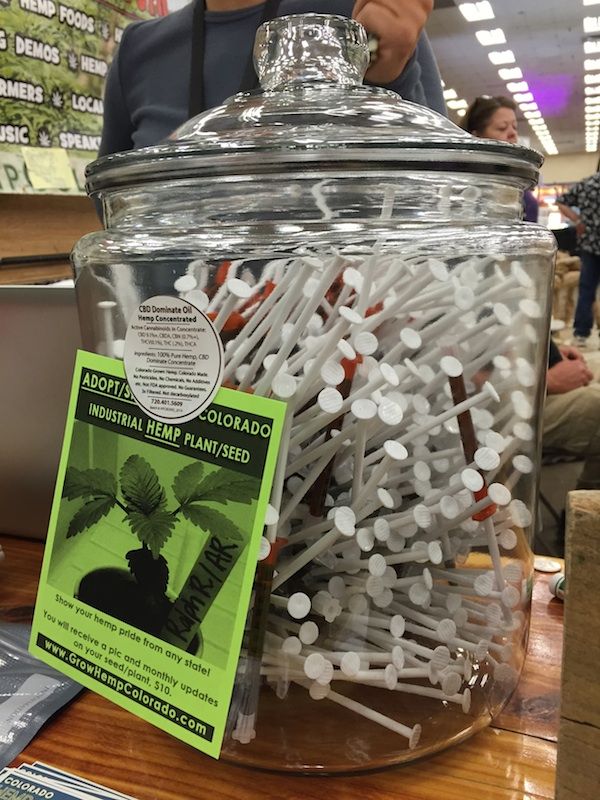 There will also be time for debates about cannabis use among war veterans and about the new labour market that has been created by the cannabis industry. The latter discussion will have participation from members of Clover Leaf University, the Denver Post and the organisation Patient´s Choice.

In order to make the atmosphere more relaxed, there will also be time for cannabis cooking demonstrations, and of course, time to host the prize giving ceremony for the Cannabis Cup. This year, the organisers have decided to combine the medicinal and recreational marijuana categories into a single competition.

On Monday, the finishing touch will be added to the event with a space for talks about the emerging industry for cannabis food and drinks, as well as the marijuana concentrates sector. The speakers will be members of companies who are really involved with this type of products such as Julie´s Natural Edibles, BadKat´s CannaPharm and MarQaha.

Visitors will also be able to enjoy musical performances from groups such as SOJA, Nas, J Boog, 2 Chainz and A$AP Rocky, all flying the flag for cannabis activism and the best American reggae and rap music.

If you would like to attend this historic cannabis event, you just need to touch down in Colorado and get hold of a ticket as soon as possible. The price ranges between 42 euros and 2,264 euros depending on the different activities you sign up for. Even if you cannot come, Dinafem will be there for you in order to report everything that takes place at one of the most important events on the world cannabis circuit. 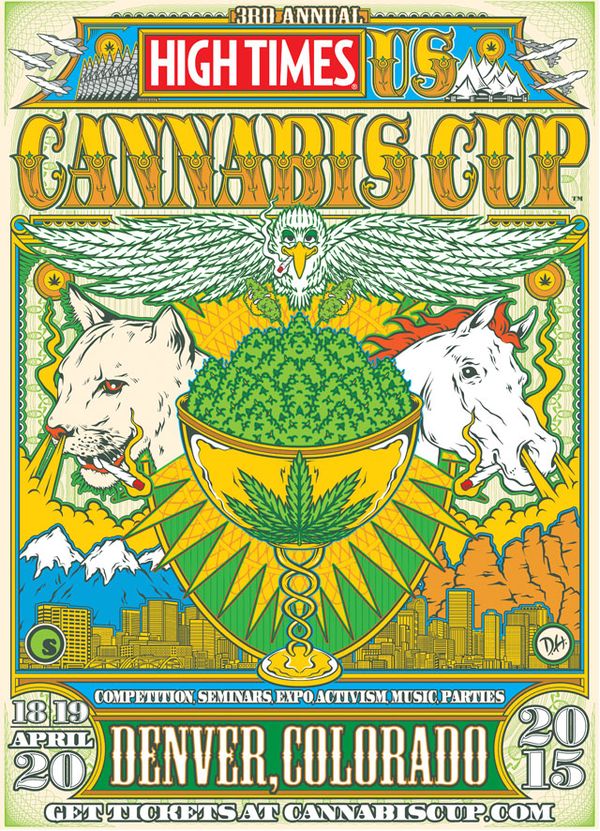