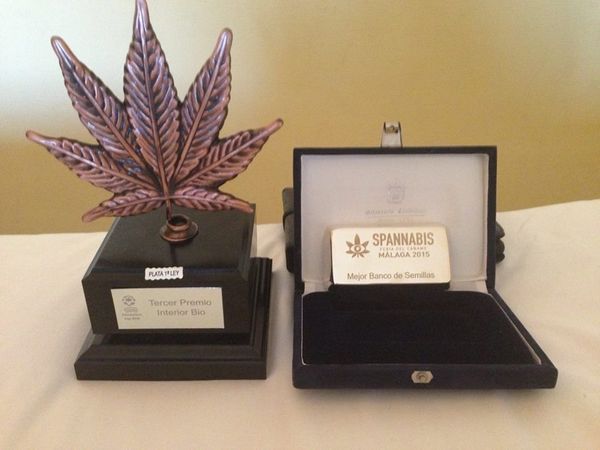 At Dinafem we are celebrating. In addition to having enjoyed a Spannabis fair in Malaga that was full of good smokes, we managed to win two of the prizes awarded by the organisation of the event. Now, in its six year, the event was a total success in terms of the public and exhibitors who attended. To start with, we got an award in the Cannabis Spannabis Champions Cup, which this year opened the competition up to national and international seed banks and national grow shops. The Jury was comprised of a total of 10 members who awarded prizes for outside and inside, hydroponic and bio growing, as well as resins and extractions.

Also, Dinafem won third prize for Indoor Bio growing (strains obtained from indoor cannabis cultivation in natural soil) for the new Purple Afghan Kush, one of the star launches of the 2015 catalogue and a strain that had also just won 2nd prize at the Copa Mega Cata Invernal MF2015. There is no doubt that the judges liked the plant for its taste and smell, which are accompanied by an intense relaxing power that make it really appetising indeed.

However, it did not end there. On Saturday the Spannabis Malaga 2015 Prizes were awarded and Dinafem was named BestSeed Bank, thus awarding our team who each year, make an effort to share their cannabis experience with all of the growers who come to visit us. Other prize winners were CannaBeer, for Best Hemp Product; Sublimator, Best Nutrient and Best Paraphernalia Product, and Zerum, Best Growing Tool and Best Stand.

Almost 15,000 people visited Spannabis Malaga over the weekend for the sixth edition that took place at the Palacio de Ferias y Congresos in Málaga (Fycma). This large number of visitors allows Spannabis to strengthen its position as the Hemp Fair of the south of Spain. The organisers of the event have stated that this is the best indication that hemp is a booming industry. Along with Barcelona, this is the most well-established fair in the sector and the most important in terms of business, both for the key figures that participate in the conferences as well as the quantity and quality of the exhibitors, of which there were more than fifty this year.

At Dinafem we want to thank both the organising team and the judges at Spannabis Malaga for their recognition. Such awards only push us to seek the best quality in our strains and they help us to achieve the best products for cannabis growers. Thanks for all of your support! 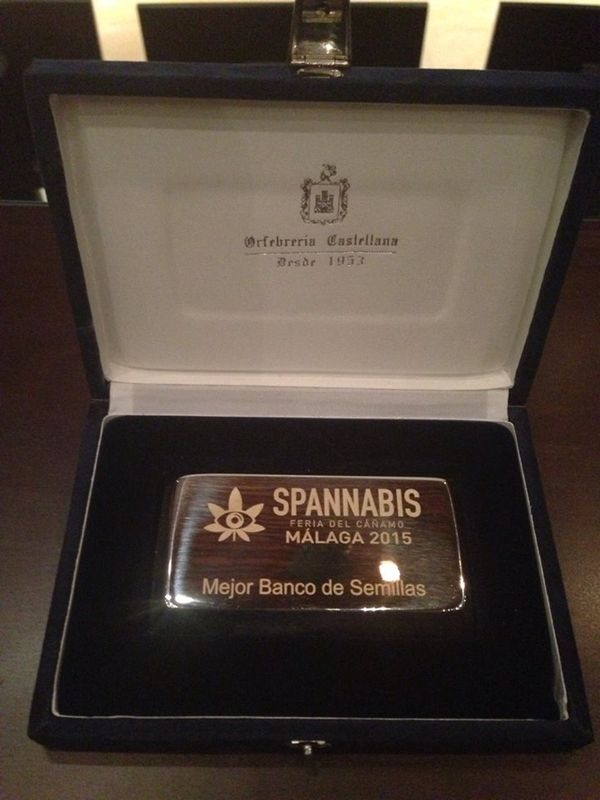